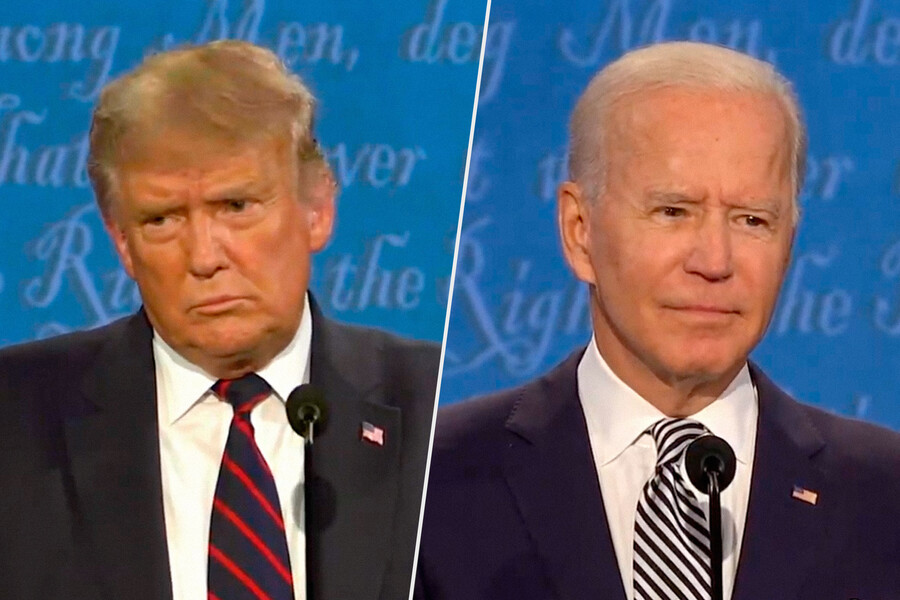 On Tuesday, Donald Trump and Joe Biden joined moderator Chris Wallace for the first presidential debate of 2020. It was 90 minutes of fighting, with Trump talking over Biden and Biden talking over Trump while Wallace tried in vain to restrain both candidates. Trump specifically launched irrelevant and frequently cruel personal attacks against Biden, argued repeatedly about debate rules, and refused to stay on topic. Wallace eventually gave in and allowed Trump to go on tangents as he saw fit, since it was clear that Trump had not come to debate Biden, but to argue against the election process itself. It was, in short, completely useless as a way to communicate their platforms, plans, and priorities to voters.

It’s clear that presidential debate is an impractical form when that one candidate has no interest in preserving democracy as we know it, but we’re taking a moment regardless to illuminate five of our key feminist takeaways for folks who elected not to watch in the name of self-care (a fair option given the unintelligable, triggering shouting and gaslighting and Trump’s open embrace of white supremacy) or who watched but came away feeling no more educated on the subject of presidential plans or campaign promises than they were before.

Trump hasn’t shied away from his false declaration that mail-in voting encourages widespread voter fraud. In fact, he doubled down on the idea during the debate, attempting to reinforce the notion that he can only lose this election if it’s rigged. “This is going to be a fraud like you’ve never seen,” Trump said. “These ballots are going to be all over. It’s a fraud and it’s a shame.” In fact, voter fraud is incredibly rare in the United States, but that’s not going to stop Trump-supporting Republicans from continuing to lie and discourage as many people from voting as possible.

In the face of such rampant voter suppression, including the slowing down of mail, it’s important for those planning to vote to ensure their ballot is counted. That starts with creating a voting plan: First, check your registration and make sure you haven’t been purged from the rolls. Then, figure out if you’re going to receive a ballot through the mail and your nearest polling place, just in case you have to vote in person. Most important: As soon as you receive a ballot, fill it out and return it; that’s the only real way to guarantee that it will arrive on time.

Trump spent the entire debate signaling to his primarily white base that, if elected, he will continue doing all he can to turn the United States into an ethnostate. “If [Biden] ever got to run this country…our suburbs would be gone,” Trump said at one point during the debate. It was so obviously racist that Biden responded, “This is not 1950. All these dog whistles and racism don’t work anymore.” Though dog whistles don’t seem effective, they’re actually reaching the exact people Trump hopes they will: racists who believe that people of color gaining equal rights strips them of theirs. In order to combat these notions, we have to pay attention to what Trump says—and who is listening.

3. Neither of These Candidates Care about Black Voters

Though Biden said that Trump “used everything as a dog whistle to try to generate racist hatred, racist division” and called him a racist, don’t be fooled: Biden doesn’t care much about Black voters either. He said that defunding the police isn’t a priority for his administration and that he’d actually want to increase police budgets. Biden also didn’t push back on the idea that protesters in cities like Portland and Chicago are inflicting violence, instead saying that he expects city governments to handle it appropriately. Though voters should cast their ballots for candidates who prioritize their community’s issues, we can’t mistake their lip service for an actual investment.

There was, admittedly, very little discussion of actual policy during the debates, but one consistent trend in presidential debate season is that abortion still takes a back seat. Abortion had its one moment to shine as Biden and Trump were prompted to discuss the Trump administration’s desire to push through a new supreme court justice following the death of Ruth Bader Ginsburg, which led Biden to note that Roe v. Wade would be impacted if Amy Coney Barrett, Trump’s current pick, takes RBG’s spot. “There’s nothing happening there,” was all Trump had to say of the matter. Biden pushed back, but largely folded abortion access into the healthcare conversation, which led Trump to say that he’s already offered a clear healthcare–policy plan. (Despite four years of claims that he will “replace” the Affordable Care Act, he has yet to produce an actual plan.) The lack of any substantive discussion of abortion and reproductive justice is on Democrats too: As many news outlets have noted, Democratic candidates have been chronically unwilling to name abortion and voice clear support for it.

This year more than ever, it is crucially important to be politically engaged, and to pay attention to what’s going in in both federal and local elections. But we also need to remember that, in the midst of an ongoing pandemic, amid an increasingly emboldened epidemic of police brutality, and under a presidential administration that puts preserving white supremacy at the very top of its list of priorities, it’s also important that we simply survive this. If Tuesday’s debate was any indication, this format is not going to provide us with anything we don’t already know about either candidate than we already know (though the Commission on Presidential debates is changing its standards to avoid a repeat of this mess). It’s very possible that the best thing you can do for both your mental health and your political engagement is to just not tune in. It’s not a failing; it’s a recognition that times are tough, life is short, and watching two old white men screaming at each other is not the political future most of us are fighting for.

Read this Next: Donald Trump Won’t Condemn White Supremacists Because He Is One 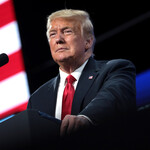