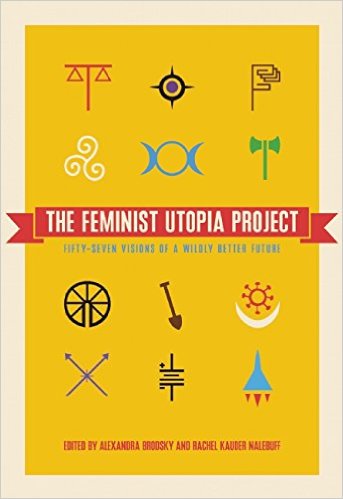 How can we make the world a more feminist place? The editors of new anthology The Feminist Utopia Project took on this daunting task. In 57 essays, poems, interviews, and illustrations about ideas large and small, writers propose positive solutions for the daily horribleness of our current reality—from rewriting the Constitution to rethinking birth control.

Editors Alexandra Brodsky and Rachel Kauder Nalebuff have a lot of experience thinking about the problems with our current systems. Brodsky, an editor at Feministing, is a law student and the co-founder of Know Your IX, a national student campaign against campus gender-based violence. Kauder Nalebuff works to reduce the stigma of menstruation—her anthology of first-period stories is called My Little Red Book. I emailed with the pair about The Feminist Utopia Project, which came out from The Feminist Press this week. 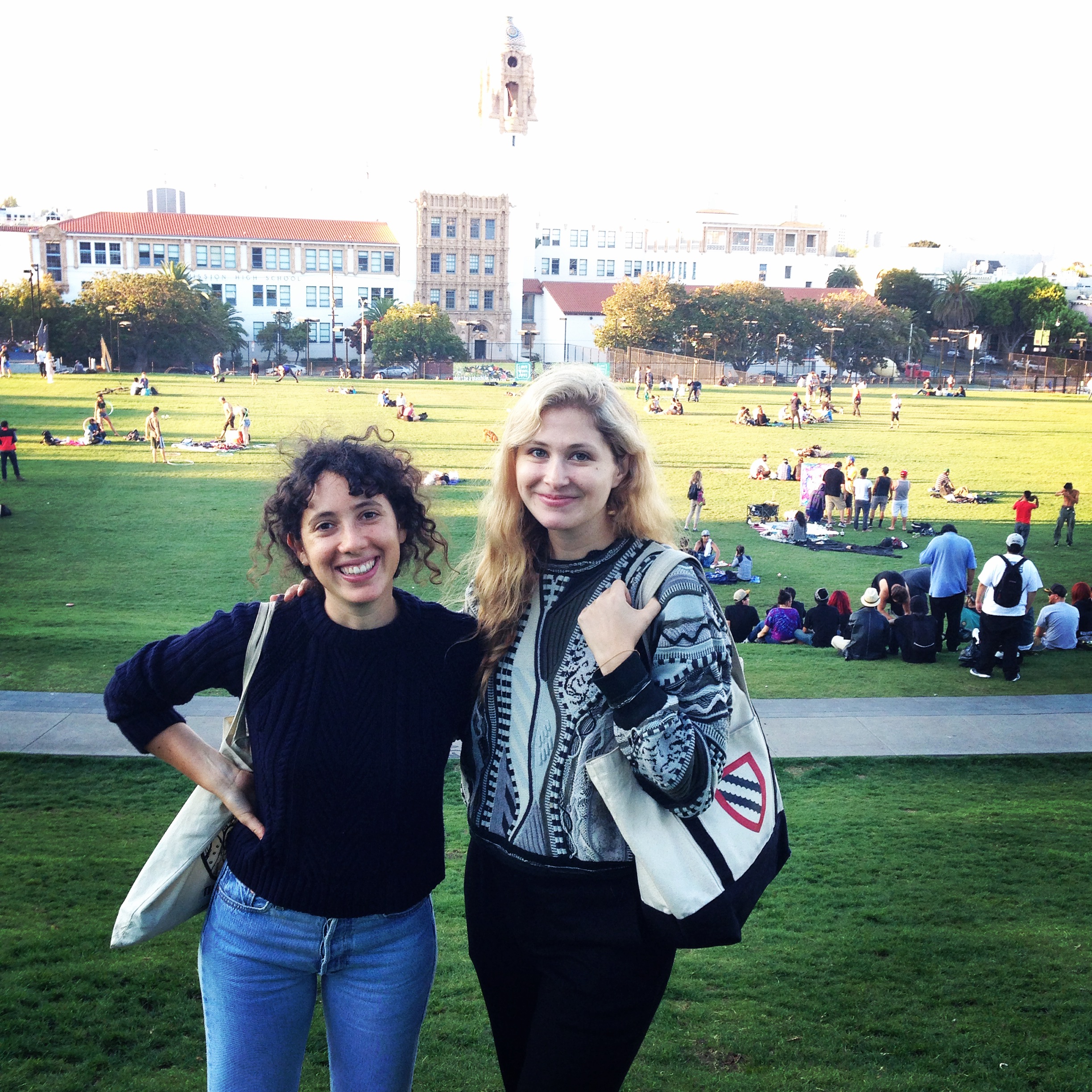 Reading the news as a feminist is pretty dispiriting. Every week, there are new reports of horrible misogynistic, homophobic, and racist things happening all over the world. It can often feel like the world isn't getting better—it's getting worse. In this light, can you tell me about the decision to focus on feminist utopias?

ALEXANDRA BRODSKY: Rachel and I feel very much the same way watching the news. One of the things that’s particularly scary about such unrelenting misogyny is that it can start to feel normal, even “natural.” That’s why we think utopian thinking is so important: to remind us the world can be so much better, and we deserve that future. Inevitably we need to compromise to survive and make small steps of progress, but we can’t let sexism restrict our vision of where we’re headed.

What would be one essential element of your own personal feminist utopias?

RACHEL KAUDER NALEBUFF: One reason the book is an anthology is that Alexandra and I felt unsatisfied at the onset of project with our own answers to this question and wanted to ask everyone we admired for their ideas. Having thought about these 57 visions now for a few years, utopian thinking has totally infiltrated my brain and I think I now see almost everything as fodder. So I'll just answer for today, right now: What if I could go out for a drink with someone new and not be just a little afraid for my life?

What themes did you see coming up again and again in other people’s visions for feminist utopias?

RACHEL: My utopia today touches on a theme that is very visible in this anthology: imagining a world where, as contributors Hannah Giorgis writes, we no longer “mistake womanhood as an invitation to violence.” This one change has a huge ripple effect that many of our contributions explore. In a world where women don’t have to fear violence, a girl might, as Melissa Harris Perry describes, go to that concert across town where she might meet her new best friend, or, as Janet Mock imagines, a trans woman can leave her door and not having to think about which direction she can safely take because of course she can walk down the street in peace.

ALEXANDRA: So many of our contributors write about the importance of collective support to enable individual autonomy. As Katherine Cross writes in her essay about a feminist constitution, so much of our vision of feminist liberation today is defined as freedom from—freedom from violence, freedom from government restriction of abortion, freedom from government regulation of sexuality. Those are important. But as Cross implores, drawing on the reproductive justice framework, we also need positive right: For example, we need not just the right to avoid government restrictions on abortion but also an affirmative government obligation to make abortion care accessible. And we see a similar thread in a number of other pieces: Victoria Law writing about the need for free childcare to allow parents to engage in community organizing, Madeleine Schwartz on a basic income to allow us to use our time as we want. The women we see inhabiting this utopia are simultaneously more interdependent and more autonomous than we are today. Personally, I think that’s not just compelling from a policy perspective but such a lovely recognition of the feminist insight that our care for and dependence on one another is a moral good. We shouldn’t aspire to a masculine ideal of complete independence to demonstrate our strength as individuals and communities.

What surprised you about the entries you got for this book? What were there themes or ideas that you weren't expecting to see that people brought up?

RACHEL: I was continually surprised, as contributions came in, by the idea that almost every corner of our world can be re-imagined. When we started the project, I thought we could actually assemble a collection of visions that would cover all the big topics—health care, criminal justice, education, the media, etc—and feel “comprehensive.” But when pieces came in from contributors that re-imagined text messaging, road trips, the dictionary definition of the word “princess,” it was a wake-up call to me at how the ways in which the patriarchy trickles down into our everyday lives and habits that we don't think of as needing fixing. I challenge anyone reading this to look around you and find something that wouldn't benefit from a feminist revamp! Seriously! The laptop you're staring at. I’m realizing now we should have had a piece about laptops.

There is so much great feminist sci-fi about alternative worlds and ways of living—Herland comes to mind. How is this book informed by the history of fictional feminist visions of the future?

ALEXANDRA: Vivid feminist imagination has been so important for political movements for a long time. We recognize that we’re so lucky to have grow into our political consciousness with an incredible body of literary exploration from feminists like Charlotte Perkins Gilman, Octavia Butler, and Margaret Atwood.

RACHEL: These writers helped us see how much art and activism are linked. Great utopias require so much creativity and the ability to look at our world as an outsider, in a way that artists and writers do already. From Butler’s gender-neutral vocabulary for aliens to Perkins Gilman’s repeated emphasis of the number of pockets that all the garments in Herland have, my favorite historical visions come alive in the weird details. And so we made a point of encouraging all our contributors to get super specific… and also to have fun with their ideas!

Tell me about your emotional response to reading and editing this book. Did reading this book make you hopeful for the ability to create a better future? Or mad that we're not already at a place of basic equality? Or both?

ALEXANDRA: Both! And I think that’s our great hope for readers, too. There are some ideas in the book that don’t seem so far off; Madeleine Schwartz draws her proposal for a universal basic income from a number of other countries and the school Gloria Malone imagines support young parents could and should start up today. It’s both encouraging and infuriating to realize it’s people and politics, not the laws of physics, that keep us from living the lives we deserve. We can get there, but it’s unacceptable that we’re not there yet.

Related Listening: Our “Feminism and Sci-Fi” podcast explores how other worlds are possible. 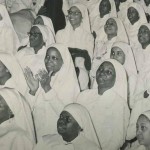 by Evette Dionne
Female and nonbinary historians, scholars, and writers are pushing Black women’s stories into the canon.