Essentialist Thinking“Femlandia” Provokes, but Doesn't Push Past the Gender Binary 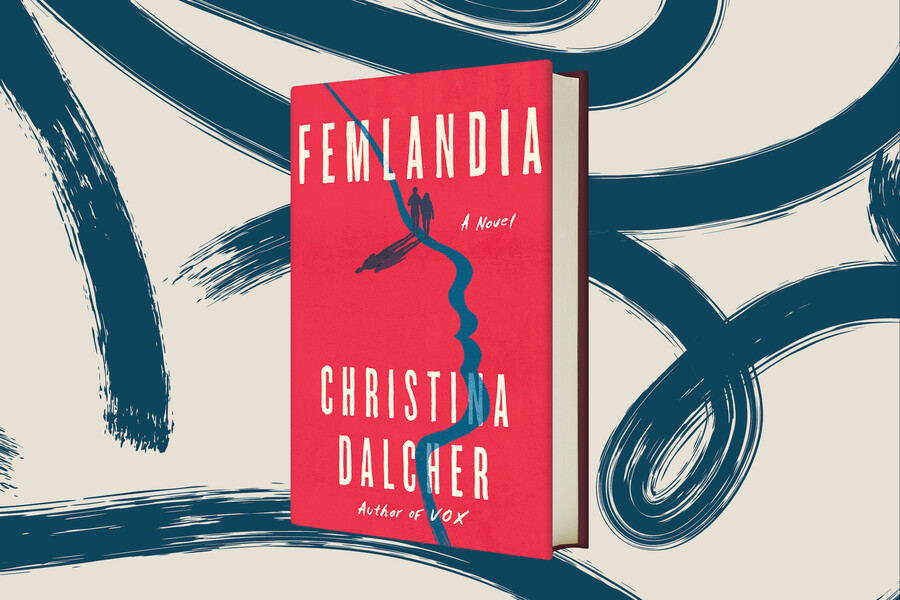 “Emma’s screams have turned to sobs, throaty, mournful heaves as the men egg each other on. They aren’t even laughing anymore, and they aren’t speaking. They’ve become something unhuman, primal.”

In Femlandia, Christine Dalcher’s new work of gender-based dystopian fiction, this assault is the instigating event of the novel: In a world ravaged by a fictional (but eerily, easily imaginable) Great Depression of 2022, cisgender men’s violence has only increased in the mayhem. Emma is the teenage daughter of the book’s protagonist, Miranda; as the pair roam the deserted Virginia-area landscape looking for refuge, they realize that two women alone in this apocalyptic world will never survive with the constant threat of rape, murder, and starvation. Their last resort is clear. They must go to Femlandia, the women-only commune started by Miranda’s late mother, Win.

Win is a fierce, lesbian feminist with whom Miranda had a complicated relationship, mostly because the two women disagreed on matters of gender—namely, whether all men, particularly Miranda’s late father, were worthy of the intense, burning hatred that Win nursed for them.

This hatred of men becomes perfected in Femlandia, where abused and broken women turn to Win and Jen (Miranda’s former best friend who essentially stole her mother from her by being a “better feminist”) to help them recover. But a major part of that recovery, it appears, is the exclusion and abuse of all men. Spoiler alert: Underlying the seemingly utopian Femlandia is a reproductive system in which girl babies are welcomed and nurtured, while boys are taken at birth from their mothers at birth, who are told they are dead.  Femlandia’s boys are kept in kennels, raised feral, and essentially turned into sperm factories.

It is a horrendously abusive structure reminiscent of Margaret Atwood’s indelible Gilead in The Handmaid’s Tale: a system of reproductive slavery modeled on real-life historical examples around the world, particularly the enslavement of Black people. But instead of conservative white cisgender men enslaving white cisgender women and girls, women in flowy dresses and flower-bedecked hair imprison and sexually assault male children for reproductive purposes, participating in a biological essentialism that affords basic human rights only to cis women.  Miranda, the book’s only moral compass, repeatedly describes these abuses of power as “man-hating;” her own refusal to hate all men is, in Femlandia, a lethal viewpoint. But many readers can recognize that the commune’s power structure isn’t just about men: After all, we’ve watched the rise of TERFism in online spaces (something that Atwood herself has recently seemed to cosign) and know that toxic femininity isn’t limited to hating men, but also manifests in transphobia. That’s a reality that Femlandia does seem to recognize, but falls woefully short of expounding upon, choosing to dig its heels deeper into biological essentialism.

The very first indication that not all is right in this alleged utopia comes in the form of clear transphobia. In order to enter Femlandia, Emma and Miranda are subjected to a strip search and an invasive genital exam. Miranda and Kate, who provides security for the compound, touch on this in a critical exchange:

“Let’s put it this way,” Kate says, pulling the gloves off and disposing of them in a small canister next to the locked cabana. “Sister Jen has a strong preference against anything with a dick.”

I’m flummoxed. “You need a half-assed gynecological exam to satisfy yourself that I’m a woman? Really?”

Kate frowns at me, creating lines in a forehead that was, until a moment ago, as smooth as a newborn’s. “I need to satisfy myself that you were always a woman.”

“Let me guess. Another one of my mother’s stipulations?”

“No. This is Sister Jen’s rule. She likes things to be black-and-white. Gray, not so much.

“Sounds pretty exclusionary to me,” I say.

Kate shrugs. “Let me ask you something. You see how we are here, right?” She waves one hand over her bare breasts. “How free do you think we would be if we started letting in male residents?”

“If they identify as women, though —”

I’m cut off before I can finish. “They can identify as a fucking hedgehog for all I care. I’m talking about what they are. Not what they think they are or what they want to be.”

Because so little gender-based dystopian fiction acknowledges the existence of trans and gender non-conforming people, Femlandia had a unique opportunity to examine how transphobia complicates the binaries of this fictional society. But after Miranda and Kate’s tense conversation, the existence of trans people is never mentioned again. And yet it becomes clear that the leaders of Femlandia embrace nearly every other feature of TERF ideology—in particular, its fixation on “biological sex” as almost the sole determinant of a human’s worth, morality, and societal role. This essentialist obsession is the core of TERF dogma, notes , Britni de la Cretaz, who writes about the intersections of sports and gender, tells Bitch: “[It’s about] boiling [people] down to chromosomes and genitals, which is really dehumanizing.”

It’s a bit weird to create fictional villains who continuously spout biological essentialist rhetoric but leave the main victims of that thinking out of the narrative. Outside of Miranda’s attempt to speak up about hypothetical trans women that might come to Femlandia for sanctuary, trans people simply don’t exist in this world. And for a novel about toxic feminism in dystopia, that’s wildly unrealistic: Although cis women absolutely can and do abuse cis men, when feminism turns toxic, those harmed first and those harmed most are usually trans and gender non-conforming, Black, Indigenous, low-income, and other marginalized people.

This essentialist obsession is the core of TERF dogma.

Miranda reduces the villains of Femlandia to “misandrists” and “man-haters.” But the trope of the man-hating, blue-haired feminist who would jail all men if she could feels like a simplistic caricature of the 1970s. In 2021, it’s clear that, where toxic feminism exists, cisgender men are rarely its chief targets. The book’s failure to push beyond a framework of women vs. men could perhaps be explained by Miranda’s limitations as written by Dalcher: She’s not well-versed in gender theory, although she has a firm, intuitive grasp on right and wrong. She wonders, briefly, about how trans people factor into Femlandia’s vision, but a character like Miranda probably wouldn’t ruminate on an injustice that wasn’t right in front of her. A better-developed character might be pushed by this particular circumstance to confront the limitations in her own understanding, but the moral challenge that Miranda faces never requires her to look outside a gender binary.

In writing the women of Femlandia to be as violent as the men from whom Miranda and Emma must flee, Dalcher seems to conclude that people with power will abuse it no matter the circumstance. This is human nature, the book tells us, as ingrained in us as any other animal instinct. Femlandia is equally reductive in the other essential truth it aims to interrogate: the instinct to love and protect our children. Parenthood—or motherhood, more accurately—is depicted as an almost supernatural biological force that some characters have no control over (though Win, a rare exception, dismisses that impulse when it comes to Miranda).

Such failures of imagination are disappointing in a book like this. Dalcher has an impressive command of suspenseful writing, complex character backstories with fairly seamless time switches, and emotionally charged inner dialogue. On a storytelling level, Femlandia keeps you glued to the page. But it doesn’t force you to think beyond its basic premise. In trying to be subversive, Femlandia ends up reusing a dull, tired “Battle of the Sexes” dynamic in which either cis women or cis men are being harmed or are rising to power, and everyone who can’t be categorized along gender lines simply doesn’t exist. In its attempt at interrogating biological essentialism, Femlandia only recreates it.

Read this Next: A Love Scorned 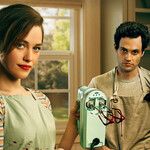