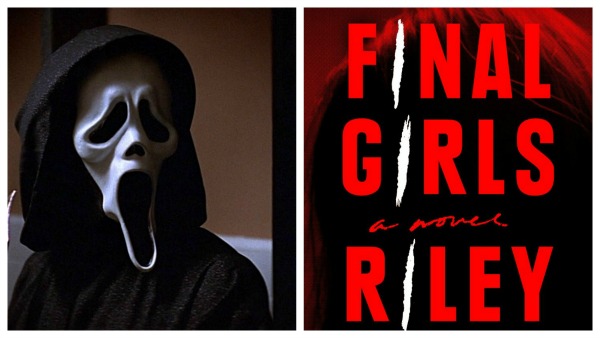 The 90’s were rife with those slasher films we all love to hate: Scream, I Know What You Did Last Summer, Halloween H20: 20 Years Later, Child’s Play, Candyland, and even Scary Movie—the genre’s funniest spoof—broke bank at the box office and gave all kids, myself included, countless nightmares. Worst of all, slasher movies were incredibly predictable: A group of teenagers are hunted by a maniacal killer who has a disturbing, and sometimes illogical, reason for going on a murder spree. Yet, audiences flocked to theaters to view slasher flicks, and studios produced them in droves—until 2002, when they simply disappeared.

Although there’s still an abundance of psychological thrillers and horror movies, mainstream slasher films are rarely, if ever, released in theaters. Final Girls may be the book that ushers in the next wave of cult classics. The premise is simple enough: Quincy Carpenter, Lisa Milner, and Samantha Boyd are all final girls, just like Scream’s Sidney Prescott (Neve Campbell), I Know What You Did Last Summer’s Julie James (Jennifer Love Hewitt), and Halloween’s Laurie Strode (Jamie Lee Curtis). Each woman is the sole survivor of a crazed, sadistic killer with a knife, and each of them is attempting to piece their lives back together.

Quincy seems normal enough. After receiving a lucrative settlement from the mental institution that the man who killed her friends escaped from, she and her boyfriend, Jeff, move to an apartment on New York’s Upper West Side where she spends her days baking treats and posting photos of them on her successful blog. However, Quincy’s demons are lurking just underneath her placid surface: She can’t remember what happened on the night the killer unleashed his rage on her college friends at Pine Cottage, a vacation home in the woods; her relationship with her mom has disintegrated; and she can only cope with the trauma by downing glasses of wine and taking a Xanax with two sips of grape soda every day.

Final Girls follows Quincy as she races to recover her memory before the killer strikes again. Along with that predictable plotline, here are five ways Final Girls evokes the nostalgia of slasher films.

1. It opens with a gory scene. 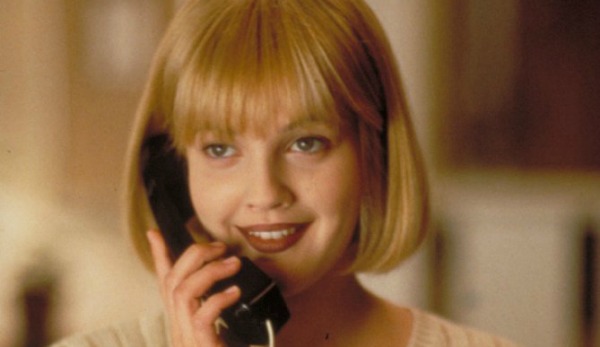 Think about the beginning of Scream, when Casey Becker (Drew Barrymore) receives that phone call that leads to her death. She runs through the woods, trips over a branch, and is stabbed and hung from a free. The original Halloween begins the same way, as does I Know What You Did Last Summer, because the disturbing scene draws audiences in and hooks them.

Final Girls follows this same script, opening with Quincy’s only memory of Pine Cottage—running at full speed through the woods toward Coop, the officer who saves her. Her white dress is so drenched in blood that Coop initially reports that she’s wearing a red dress. It’s a classic scene that draws on the slasher films of the past.

2. The locations of the murders are classic slasher territories. 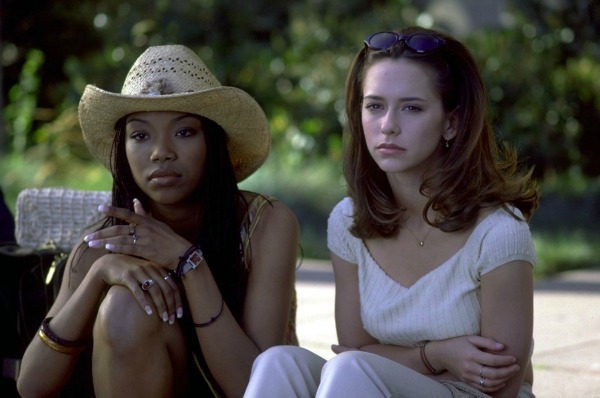 Slasher movies tend to take place in the most obvious places: Schools (Urban Legend), psychiatric hospitals (Freddy’s Dead: The Final Nightmare), and middle-of-nowhere vacation spots (I Still Know What You Did Last Summer). Final Girls sticks to this formula: Lisa is a survivor of a sorority house massacre in Indiana; Samantha survived a stabbing spree at the Nightlight Inn motel; and Quincy’s college friends are slaughtered during a birthday trip to Pine Cottage. Setting these killings in ordinary places that most people visit at some point adds another layer of scariness.

3. The protagonist thinks she’s moved on, but one event catapults her back into chaos. 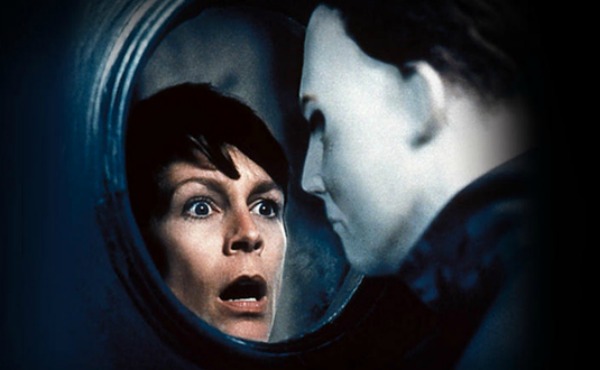 Halloween H20 is one of the best slasher films because it begins with normalcy. Twenty years after Michael Myers wreaked havoc on her Haddonfield, Illinois community, Laurie has faked her own death, relocated to California, and started living under the name Keri Tate. She’s the headmistress at Hillcrest Academy, a prestigious boarding school, and also balances a successful relationship with her boyfriend Will (Adam Arkin) and her well-adjusted son John (Josh Hartnett). Her seemingly perfect life is disrupted on Halloween when she begins seeing flashes of Michael everywhere she goes. Laurie’s instincts are spot on, and soon, she’s fighting for her life—again.

Likewise, Quincy believes she’s healed from Pine Cottage. Her boyfriend, Jeff, reminds her every day that the massacre is far behind her, and she no longer has anything to fear—except they’re both wrong. When Lisa is found dead in her bathtub, apparently from suicide, and Sam turns up at her house with questions she can’t answer, Quincy quickly spirals back into the darkness she’s spent years trying to escape. It only takes one instant to turn Quincy back into a final girl. 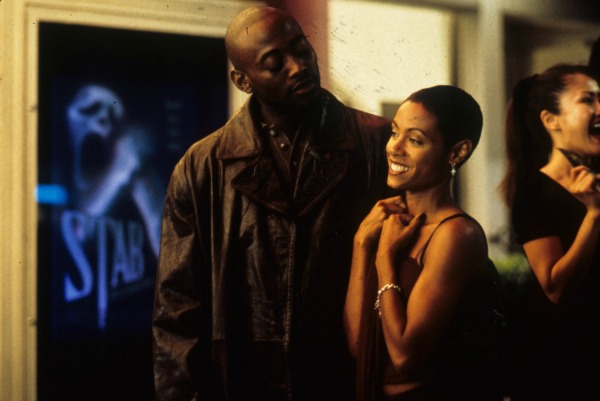 Slasher movies are whiter than white. While most try to include a person or color or two, their characters are merely decorative—and killed before they’re even developed. Final Girls doesn’t even pretend to include a token: Each of the final girls are white. Their friends were white. The killer is white. White, white, white—just as slasher movies have always been. Maybe this has to do with the fact that Riley Sager is really Todd Ritter, a white dude masquerading as a white woman to attract a white readership. Certainly, I am out of that demographic, though I found Final Girls entertaining.

5. The killer is, as always, the person you least expect.

In most slasher movies, the killer has a vendetta that’s unclear in the beginning, but slowly reveals itself. Spoiler alert, Ben (Muse Watson) kills a group of teens in I Know What You Did Last Summer because they ran him over and dumped his body in a lake. Billy (Skeet Ulrich) and Stu (Matthew Lillard) murder their classmates in Scream because Sidney’s mother had an affair with Billy’s father. Unsurprisingly, the killer in Final Girls is a person you’d never suspect, but once it’s revealed, you’d wish you’d seen it all along.

Thanks so much for this review! I love horror movies and I was definitely intrigued by this book. TBH, I was wary of reading it when I found out the author was a guy (I try to read books by women and minorities only) so having a stamp of approval by a Bitch staffer definitely influences my choice to read it.

One issue I had with Final Girls is that it *did* have exactly one black and one latino character-- the mugger Quincy thwarted in Central Park (described as having "cocoa" skin) and then also Rocky Ruiz, the homeless addict Quincy puts into a coma.

My other issue with the book is that it depicts not one relationship between women that is not somehow tainted by love interests or jealousy. Quincy & Janelle? Always slightly jealous and undercutting of one another, then the whole Craig thing happens. Quincy & Sam? Coop gets in between their relationship, plus the one time Sam "cleans up" and changes her look, the author makes a point to have Quincy remark on her jealousy that men were paying attention to Sam on the street and not her. It felt like the author was like "this is what women do, right? They get jealous and bicker!" Also why toss in that weird line about dieting and fitting into her wedding dress...? Very clunky attempt at relating to women.