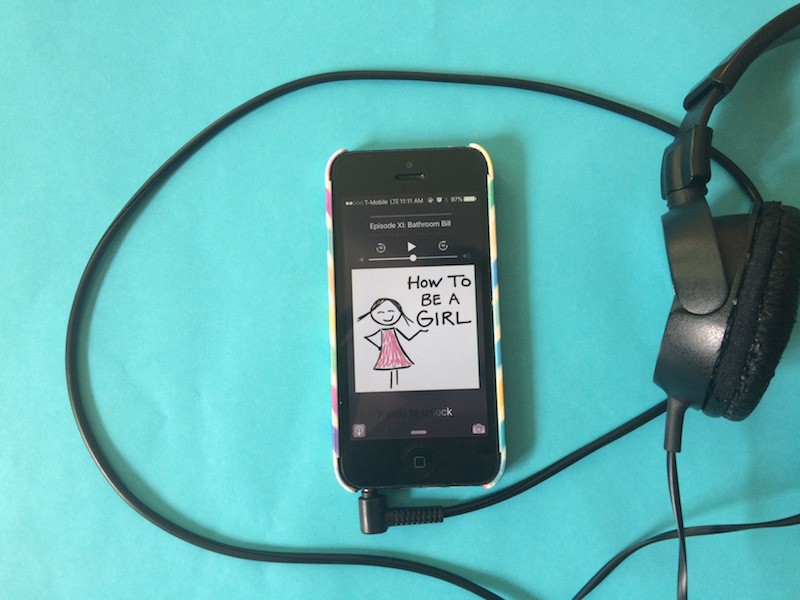 Even though issues of transgender rights and identity are front-page news, media outlets rarely give noncelebrity trans folks the opportunity to share our voices. When we are featured, it’s usually in a narrow and predefined view of what it “means” to be transgender—narratives created and upheld by cisgender audiences who simply don’t understand what it’s like living as a trans person.

But when mainstream media fails, the internet comes through. Across the globe, trans writers and activists are turning on their microphones and recording their own thoughts and feelings on everything from polyamory to LGBT history to dads. Suffice to say, trans voices are only growing in podcasting, but among the thousands of podcasts available, it can be hard to find great shows. So I put together this list of five of my favorite podcasts that center on trans voices in substantive ways.

Interested listeners can catch Transgeneral on iTunes and on the official podcast blogroll. If you’d like to support the show, they also have a Patreon.

How to Be a Girl

Transitioning as a child isn’t easy. American schools across the nation are still struggling to make space for trans kids, with many districts failing to give their students the right to use the locker rooms, bathrooms, and classrooms of the genders they identify with. Likewise, for supportive parents, learning how to care for a transgender kid in their youth is an extremely difficult task. Many parents are left isolated, feeling stranded and alone in a culture hostile to trans men, women, and nonbinary individuals.

Marlo Mack’s How to Be a Girl sheds light onto some of these problems, highlighting the day-to-day experiences of a mother helping her daughter transition. From her daughter’s first day of school in second grade, to a deconstruction of the bogus “80% detransition rate” among trans kids, Marlo Mack (which is a pseudonym, BTW) tackles her experiences with her anonymous daughter’s transitioning in honest detail. For more episodes of her series, check out this animation Mack made about how the podcast got started (as well as her Patreon).

One From the Vaults

Canadian writer and activist Morgan M Page’s podcast One From the Vaults is a strikingly honest look at the lives and times of trans men, women, and genderqueer people across 20th century history. Taking on a journalistic tone, she recounts the stories of trans people across cultures and societies, looking at the lives of such influential figures as American activist Sylvia Rivera, British aristocrat Michael Dillon, and Andy Warhol’s muses. Page not only goes over the life story of each celebrity in her series but also hosts musical excerpts, interviews, and historical overviews that give a clear image of each subject’s experiences.

One From the Vaults is available online on SoundCloud and iTunes, and fans can check out Page’s Patreon to help support the show.

Game designer merritt kopas is curious about dads. Her brand-new podcast dadfeelings is an exploration of fictional dads. As part of kopas’s Stay Mean podcast label, dadfeelings tries to break down our traditional understanding of father figures by looking at the ways dads act, think, and feel throughout the series in which they appear. Featured dads include Darth Vader, Batman, and Dragon Ball Z’s Piccolo.

If you’re interested in catching some of kopas’s dad talk, you can check out dadfeelings on iTunes or stop by the official dadfeelings website. Fans can also follow  the Stay Mean Patreon to support both dadfeelings and kopas’s talk show, Woodland Secrets.

Nevada writer Imogen Binnie enjoys movies. She also enjoys commenting on the movies that she watches and the way she thinks about the characters and storytelling involved in cinema. On her chatty movie-watching podcast, she talks about everything from identity in Teenage Mutant Ninja Turtles to Lois Lane’s awkward high heels in Batman vs. Superman. The podcast is relaxed and conversational, and Binnie doesn’t just deconstruct cinema but also gives her listeners a look into her own life as she chats about growing up, reading comics, dealing with the patriarchy, and more.

Listeners can check out Binnie’s podcast on her WordPress and iTunes.

Read This Next: When I Say My Daughter Is Transgender, Believe Me
Listen to This Next: Popaganda — Bathroom Panic