Trans men, women, and nonbinary folks are largely missing from the comics industry’s stories. Sure, we might appear now and then, but very few comics specifically focus on our lives. These five webcomic stories put trans characters on center stage and explore the ways we live, love, laugh, and hurt as trans people. Serious and humorous, supernatural and slice-of-life, the following five comics are perfect for any trans reader looking to see themselves in the webcomic world. 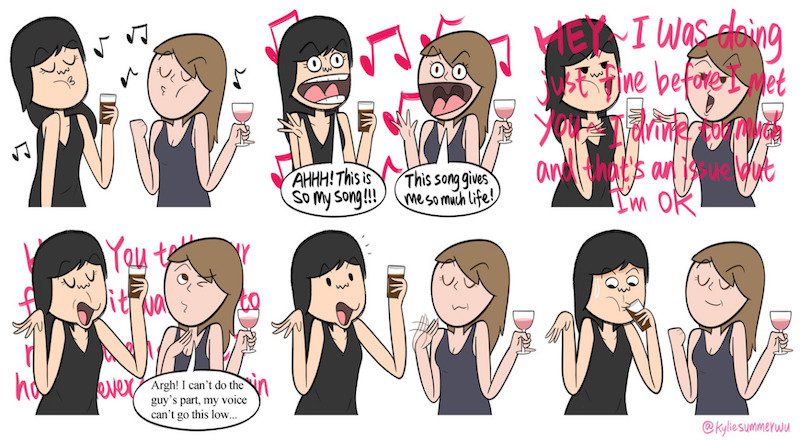 Trans Girl Next Door is as hilarious as it is sharp. Written and drawn by Kylie Wu, the series looks at the daily struggles and awkward moments of a trans girl’s life before, during, and after transitioning. From being chased by straight men to forgetting to take spironolactone on a Sunday afternoon, and from checking your tuck in public to dealing with a zombie apocalypse as a trans woman, Wu isn’t afraid to joke about some of the more anxiety-provoking parts of trans life. Wu’s series updates regularly and can also be found on Facebook. 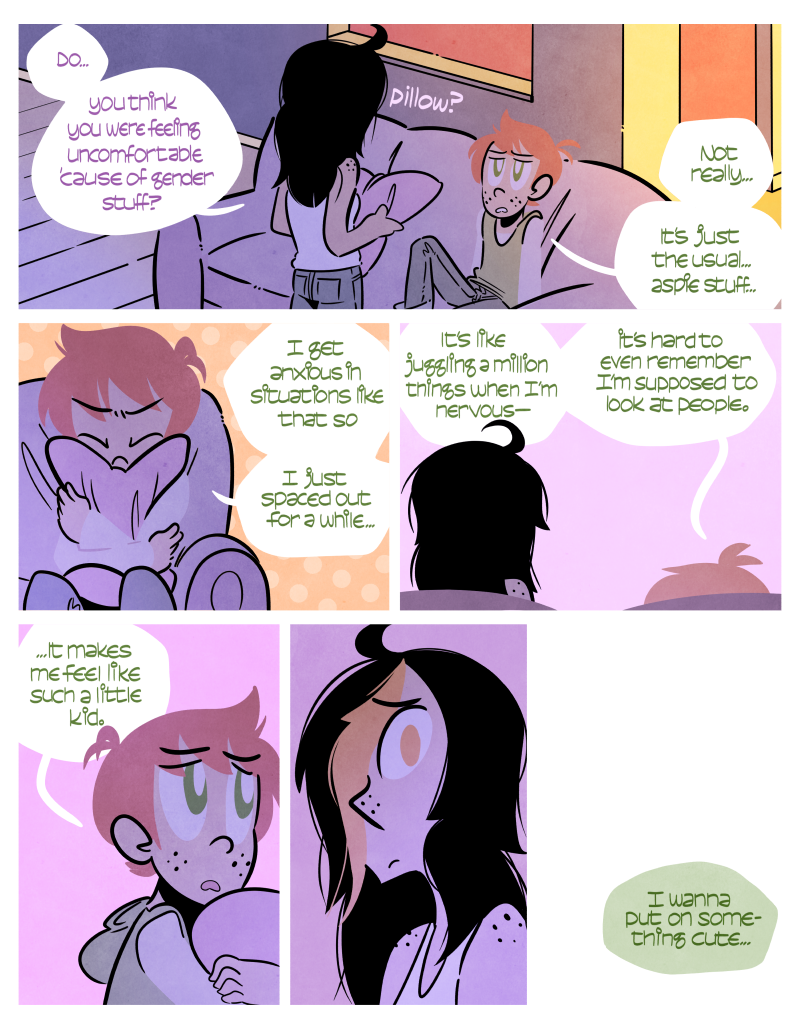 Portside Stories and Goodbye to Halos

Launched in 2014 by artist Valerie Halla, Portside Stories is a coming-of-age tale about two young trans folks transitioning. Following best friends Alexandra Stripes and Nat Mint, the comic begins with Nat questioning her gender identity. Alexandra, who came out as a trans woman four years earlier, helps guide Nat as she figures out whether she, too, is also a trans woman. Short but sweet, the first two chapters by Halla show a true-to-life—and occasionally melancholy—look at what it’s like to question and explore one’s gender identity as a teen. Although the comic is currently on hiatus, all of the released episodes are available on the Portside Stories Tumblr. And if you’d like to check out Halla’s current work, feel free to take a look at Goodbye to Halos, her ongoing fantasy webcomic with a queer cast and a trans girl protagonist. Episodes update on most Tuesdays and Fridays.

Sometimes living as a trans person can be awkward and difficult. Jessica U’s webcomic Manic Pixie Nightmare Girls is open about that fact. Jessica satirizes and picks away at the transphobia and transmisogyny commonly found throughout our society, dealing with such topics as cis men invasively asking about one’s trans status, misogyny among trans masculine folks, arguing with transphobic parents, and simply hanging out at parties or playing video games. The comic is highly relatable for any twentysomething trans person, and Jessica U’s characters are poignant and hilarious—especially Jesska, the geeky trans girl with very little room for transphobia in her life. 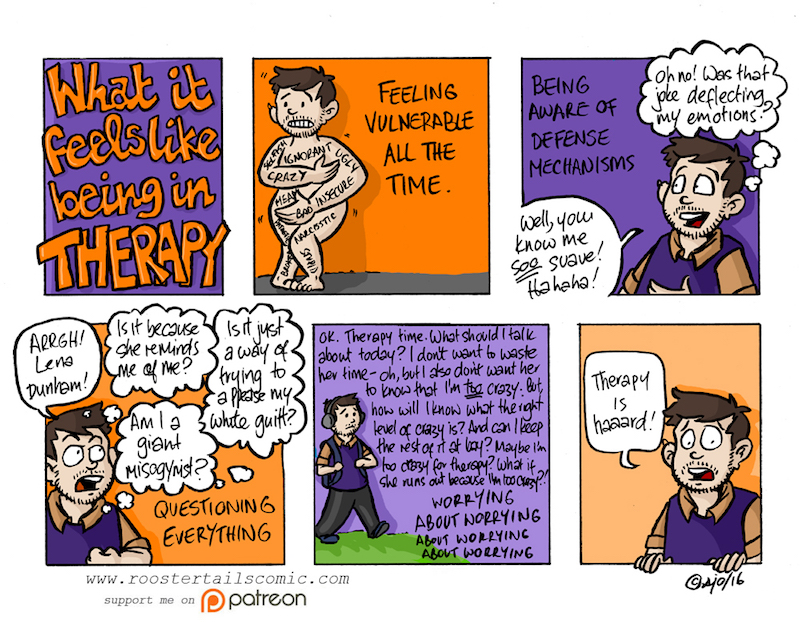 Billed as a “New Zealand Transman Comic Blog,” Sam Orchard’s autobiographical comic Rooster Tails deals with life during and after a trans man’s transitioning. Originally started in 2010, the comic has grown over the past six years, covering a wide breadth of topics along the way, from dealing with gender dysphoria in college to entering therapy. Sometimes funny, sometimes serious, Rooster Tails is a slice-of-life comic that’s open and honest about transitioning; it definitely should not be missed. Plus, Orchard’s writing and style is relatable across the trans spectrum, and the comic updates quite regularly, too.

UnderDog is a manga-inspired series starring Andres, a 16-year-old trans boy living with his sister, Oceana. The story brings a supernatural world into a high school setting, featuring everything from werewolves to witches. Rambunctious and expressive, Andres steals the show with his adorable personality. He’s a welcome presence in the series, too. Through him, UnderDog shows how trans men do not and should not have to confine to strict masculine gender roles: Like cis men, trans men can express themselves through various appearances, personalities, and clothing styles. For the entire series, check out the UnderDog Tumblr.

Just a note about Portside: It's on *indefinite* hiatus, and Valerie Halla has no plans to write more chapters. Still a lovely read, but don't go asking her when you'll get more!