Up in Flames | Bitch Media

Up in Flames“Woman on Fire” Tells a Trans Woman's Story, But It's Not For Trans People 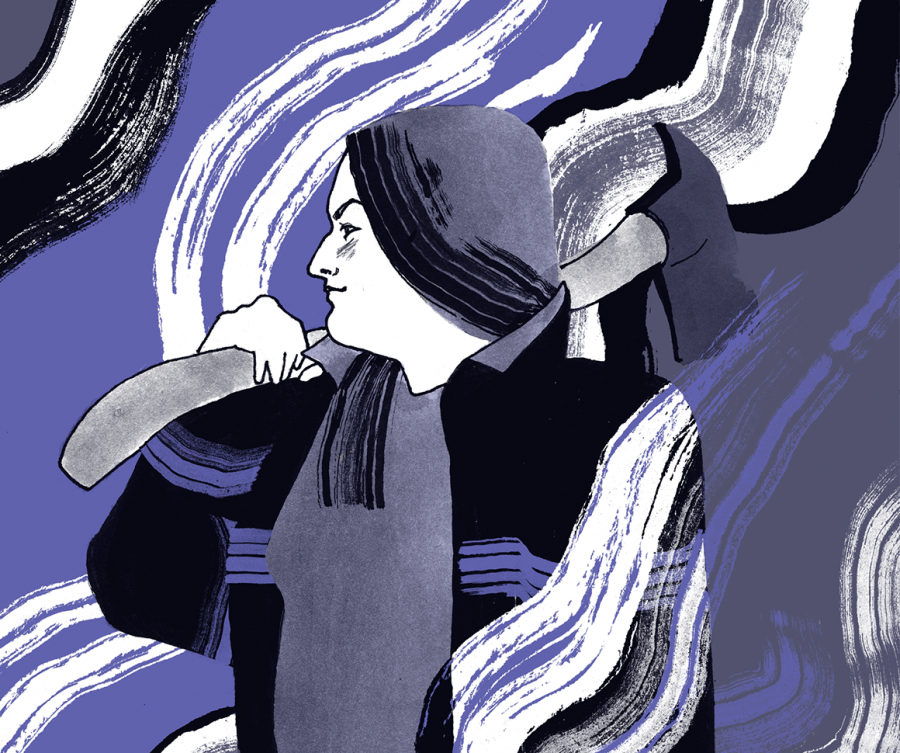 Woman on Fire is not for transgender people, although it professes to tell a trans woman’s story. Director Julie Sokolow’s second feature-length documentary features Brooke Guinan, the only openly transgender member of the Fire Department of the City of New York (FDNY), as its protagonist, but as with all things in trans people’s lives, the truth is more complicated. In reality, Woman on Fire is about Guinan’s family, namely how it’s changed and grown with her over the years. That’s an important distinction to make, since it’s a key reason Sokolow’s film ends up feeling so disappointing.

Guinan became a media darling back in 2014 when her work with the Vocal Organization for International Courage and Equality (VOICE)’s So Gay So What campaign went viral. In her photo for the campaign, Guinan sported a shirt that read “So Trans So What” under her firefighting gear, and the photo spread around the internet and print media like wildfire. It’s a compelling visual—Guinan is unmistakably feminine, but she also “looks like [a] bruiser,” as she puts it. Her unique blend of femme and butch gender roles and aesthetics speaks to the complicated relationship trans people have with gender, and the image simultaneously deconstructs our ideas of “women’s work” and what it means to be a woman.

Sokolow doesn’t appear to be ready or willing to explore these deeper questions, however. While Guinan makes regular appearances to talk about her evolving gender and sexual identities, her struggle to find professional satisfaction and acceptance, and her turn toward activism, Sokolow gives equal time to Guinan’s family so they can tell their sides of the story. On the one hand, this is perfectly understandable. To tell a fire department story is to examine families, both biological and chosen, so it would be remiss for Sokolow not to feature Guinan’s parents, boyfriend, and bestie. But the film’s focus is so often placed on how Guinan’s transition has affected others that it begins to feel as though Guinan is merely a cog in her own narrative.

That’s not to say cisgender viewers won’t be able to derive value from Sokolow’s work, just that learning the right lessons requires some extra effort. Trans viewers will likely cringe when Guinan is deadnamed in the first five minutes; for many trans people, publicizing given rather than chosen names is a painful and degrading act, one to which we never see Guinan consent. Apart from a brief wisecrack later in the film, Guinan never gets a chance to weigh in on issues like this, so viewers don’t know for sure how she’s affected by her mother describing her pretransition life by deadnaming her and using “he” pronouns. Does she endorse it, or does it hurt?

Instead of allowing Guinan to tell us about how loved she feels, the film leaves this up to the cis people in her life. Guinan’s mother, father, and grandparents are presented in the familiar roles of “clueless but supportive straight folks”: They might misgender and deadname her sometimes, but doggone it, that doesn’t mean they don’t accept her as a woman! Troubling Sokolow’s optimistic outlook are the details, though, like when Guinan’s father refers to her “gay” relationship with a man. Are those the words of a man who truly believes he has a daughter, not a son?

Guinan’s boyfriend (husband by the end of the film) says he thinks of their relationship as totally heterosexual. But there’s a quiet self-importance to the way he and Sokolow draw parallels between the queer coming-out process and his reluctance to tell his mother about Guinan’s gender identity. Several of Woman on Fire’s plots give this same sense that another mainstream trans voice has been co-opted to tell stories of cis discomfort and maybe eventual enlightenment.

There are even glimmers of this when Guinan is given space to speak her mind. When Guinan and her friend and colleague Sarinya Srisakul discuss the difficulties of being women in the FDNY boys’ club, Sokolow brings us a hopeful look at the future of intersectional feminism, where women can cross all demographic boundaries to work together as activists. But when Srisakul describes how the United Women Firefighters (UWF) society didn’t always accept trans women, she delivers another slight nudge that takes Guinan out of the spotlight: “That was really challenging for me.”

Because of how these scenes and stories are edited, there’s a lot of nuance cut out of Guinan’s relationships. That nuance could have been found with a little more emphasis on how Guinan has overcome the hurdles in her life. Guinan says the UWF “actually had to take a vote on whether or not I would be let in. Having someone vote on your identity…it’s just…a really weird thing to think about.” At the same time, Guinan obviously deeply loves the organization and recognizes its importance; threading that needle must have been a tremendous struggle, knowledge of which would benefit both trans and cis audiences.

But again, that’s not Sokolow’s purpose here. Rather than delving into the nitty-gritty of trans activism and breaking down what it means to be fully accepted as trans in the modern era, Woman on Fire is a feel-good story that isn’t concerned so much with its titular character’s arc as with the journeys of the people who surround her. Still, if you’re a cisgender ally, there are lessons to be learned here—subtle ones for folks who know progress is a never-ending battle, like the fires Guinan so admirably fights.

Relevant: Backtalk: Google Manifesto & Transphobia Is Not a Joke

by Amy Lam
"Why be racist, sexist, homophobic or transphobic when you could just be quiet?" — Frank Ocean's t-shirt