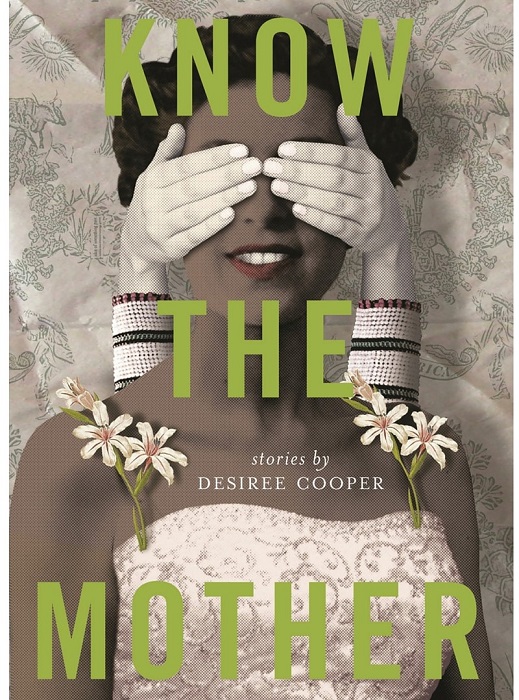 In Mary Cassatt’s famous painting The Young Mother, a mom wearing a white dress smiles with quiet strength as she cradles her offspring against her alabaster shoulder with a love that is pristine, beautiful, and bathed in light. This romanticized view of motherhood is, of course, a lie. Or at least a half-truth.

Jennifer Niesslein, co-founder of Brain, Child magazine, calls this view of parenting “soft-focus motherhood.” It is motherhood as joyful female surrender. It is motherhood absent human need and desire. It is rooted in the belief that women are uniquely and naturally maternal. Indeed, mothering is every woman’s raison d’etre and her greatest joy. And though it is, at best, a limiting analysis of women and, at worst, a sexist, racist and retrograde analysis of women, “soft-focus motherhood” persists in the American consciousness.

In her first collection of flash fiction, Know the Mother, Desiree Cooper counters motherhood mythology with raw reality. Over the course of thirty finely wrought vignettes, which were published by Wayne State University Press this March, she renders a portrait of motherhood that is not just wide and multi-faceted, but also ambivalent and messy.

“I experienced childbirth as violent,” Cooper says. “The reality of it is never discussed anywhere. [No one tells you about] the vomiting and crapping and peeing and blood.”

Cooper wants readers to look beyond the gauzy picture of smiling unbothered motherhood to see flesh and bone—women’s humanity. The American cultural conception of motherhood is white—both in its innocence and its Caucasity. Black and brown women don’t get a forgiving filter on their mothering; they get a societal lens set to the highest definition. Non-white women are viewed as thoughtless breeders rather than nurturers (“Feral,” Cooper says.). They make great nannies for other folks’ kids, but their stories are not told in mommy memoirs.

Read This Next: Why Are So Few Motherhood Memoirs Penned by Women of Color
Read This Next: Artists Made Gorgeous Free “Mamas Day” Cards for All Families

Cooper allows for the existence of Black mamas in Know the Mother, subtly illustrating how race is inextricable from their mothering experiences. In “In the Ginza,” a Black mother strolls through a post-war Japanese market with her fair-skinned baby and is mistaken for a prostitute. “You got white GI?”

In “The Disappearing Girl,” a Black mother notices her daughter’s spirit being swallowed as she navigates being one of few Black students at a mostly white private school. The mother reminds her girl that she matters—she is seen.

Idealized motherhood gives fathers the most cursory responsibility for their offspring. Daddies babysit. They are substitutes. Consider that it is single mothers who are held accountable for crime, failing education, and the welfare state—the mothers who stay and do the work of raising children, not the fathers who leave.

When I interviewed Cooper, 56, mother to a son and daughter, she said that she felt pressure to be everything for her children when they were young, ceding her own needs and ambition to motherhood. The pressure, she admits, came mostly from her own mother, who struggled with infertility and surgery to finally birth the daughter whom she treated like “the second coming.”

“My mother pumped 100 percent of herself into [me and my younger brother]. When I started my family, I knew I wasn’t going to do that, but I also knew how wonderful it felt to be the beneficiary of that as a child. I remember thinking how lucky I was to have my mom. I remember loving all that she used to do—the surprises and the cooking and the birthday parties. I just remember feeling so, so loved all the time. That’s the tape in my head about how you love a child, yet my nature was like ‘Aw, hecky naw! No. I cannot do that and be happy.”

“I felt like a soul divided. I was not the kind of mom to make my children my world. My children were part of my world.”

Cooper weighs the idea of self vs. caretaking in the story “Leftovers,” where a mother with cancer lies in bed listening as her husband cares for their children—imperfectly. She contemplates her ravaged body as a baby wails (“I should get up and straighten things out.”) and laments that women, the eternal caretakers, are seldom cared for. “A woman sick is a woman forgotten.”

The mother archetype is burdensome to any mother who cannot fit within its narrow boundaries. It is not just women of color who are left out. It is teen mothers, single mothers, lesbian mothers, trans mothers, late-in-life mothers, stepmothers and surrogate mothers. Cooper spares a thought for the many non-traditional ways we “mother,” including by nurturing our parents.

Another story “Feeding the Lions,” also grapples with the reality of taking care of aging parents. “Nursemaid is a much easier role to play than daughter,” offers the protagonist as she tends to her fading Vietnam vet father, who is suffering from PTSD. “The air fills with the tinge of sweat, urine and rot as I yank the sheets from the bed. I want to open a window, but I cannot risk the sounds of a backfiring engine or a siren sending him into a panic.”

Mothering is warriors’ work. There is fear and disappointment, projectile vomiting and sullen teens, annoyance and dissatisfaction. This is real life. It is what makes the work of nurturing so hard, valuable and gratifying. This is what the soft-focus view of maternity misses completely with its weightless and “perfect” parenting full of scratch-made birthday cakes and happy, grateful children.

Desiree Cooper’s Know the Mother is grim, but a necessary antidote to the prevailing simplistic view of motherhood. Cooper is a masterful and descriptive writer. When she describes a “big, fat baby” named Tessie in the story “To The Bone,” the reader can almost touch the babe’s fat, brown, dimpled knees. The richness of her prose allows Cooper to capture life’s small moments and render a more fulsome picture of maternity. But the writer truly excels at illustrating emotion and empathy. The reader comes to know the mother by feeling what the mother feels–anxiety, despair, loneliness, irritation, love.

Know the Mother leaves the reader yearning for something more. The stories, so well-told, also feel surprisingly ephemeral—gripping while they are being consumed and gone by the last page. The spirit of the book remains though—the true soul of a mother shown, for once, clearly—and that is a victory.

Read This Next: Why Are So Few Motherhood Memoirs Penned by Women of Color
Read This Next: Artists Made Gorgeous Free “Mamas Day” Cards for All Families

by Sarah Mirk
Writers of color discuss what it's like to publish in the mostly white literary world.