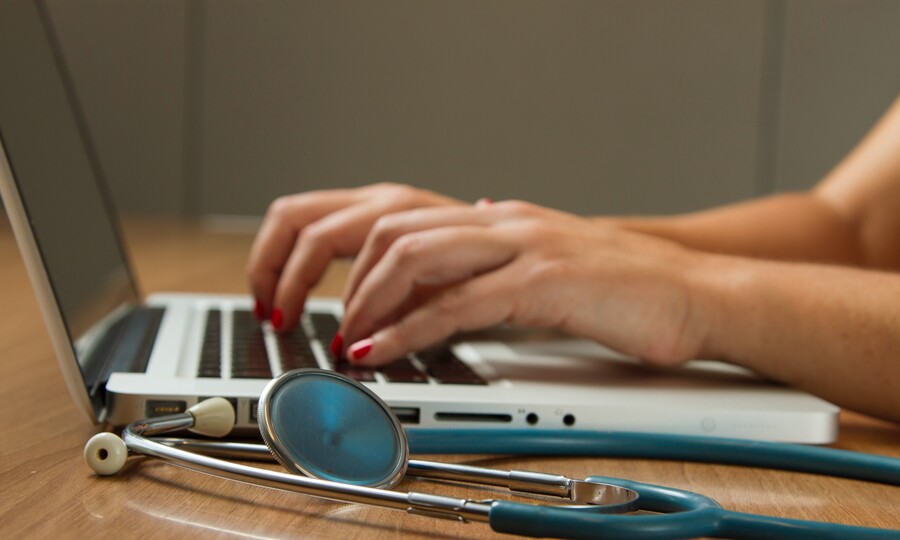 My morning routine is consistent. I wake up, fumble for my glasses, and mindlessly scroll social media feeds while the rest of my body catches up. It allows me to slow down and peruse an endless feed of people, cats, and take-out meals—only to, as is par for the course, be interrupted by the occasional ad that’s curated based on my profile and the links I’ve recently clicked. The ads are targeted to get me where my wallet lives. These days it tends to be comfortable jumpsuits and at-home workout equipment. My phone’s GPS knows I don’t leave these four walls that much, maybe for the occasional coffee at my neighborhood spot here and there. Otherwise, I only go to my pharmacist to buy my monthlies: a bottle of estrogen, syringes, needles in both 35 and 22 gauge, and my pills. My journeys to pick up supplies for my hormone replacement therapy regimen are the most consistent out of the house routines I have.

This is how I discovered FOLX Health. Or more telling, how FOLX found me.

FOLX is a new startup, formed in Boston, that has the tagline “Queer & Trans Health, Delivered On Our Terms.” The company seeks to provide trans healthcare to people who have been long pushed to the sidelines and had their needs ignored, intentionally or otherwise. Its website features a range of faces of all types of people, and offers comforting messages like, “Start with us or switch your care. Either way, you’re in control.” At first glance, this concept is infallible: Trans healthcare in America is precarious at best, and barriers to access manifest in a variety of forms, such as the religious freedom to discriminate, lack of physical access to clinics, medical gatekeeping, or the high unemployment rate of trans workers. This is all just the tip of the iceberg. Statistics estimate that roughly 31 percent of trans people in America lack access to proper healthcare, creating a crisis in immediate need of a solution.

That’s where FOLX comes in. As a comprehensive healthcare experience for trans people, it’s doing something that’s seemingly revolutionary. FOLX soft launched in January, offering their service in 12 states: California, Connecticut, Delaware, Florida, Illinois, Maryland, New York, North Carolina, Pennsylvania, Texas, Virginia, and Washington. They simultaneously launched a partnership with nonprofit organization Trans Lifeline, creating what they call the HRT Care Fund, which aims to“radically redistribute financial resources to support transgender, nonbinary, and gender-nonconforming folx.” They make a point of saying the care fund is specifically for allies to underwrite the cost of HRT medication through FOLX. Donations can be given through Trans Lifeline, which will then redistribute to FOLX, who will then cover one year of HRT and related costs like labs and clinician check-ins. While currently only offering basic hormone replacement regimens, they claim on their website that there are future plans for PrEP, STI tests, erectile dysfunction medication, and more.

Taken at face value, this all sounds okay. Trans people have needed proper safe and affirming healthcare since time immemorial, so a service aiming to fill that gap should recognize that the trans community is ever-expanding and our needs are too. FOLX sells itself as a community forward company, and their branding focusing on messages of “for us, by us” takes great pains to put queer people at the center of the conversation. At first scroll of their website, you’ll see slogans like “we’re flipping the cis-tem on it’s head” and well-shot photos of queer people living their truths. One has to wonder how you flip a cis-tem on its head while directly benefiting from its funding. Hidden behind the bright colors and the branding of their website is important information that doesn’t work as algorithmically pleasing content for Instagram. And Instagram is key here, considering their branding strategy.

One of FOLX’s strengths is that it relies heavily on Instagram influencers, a tried-and-true method that allows them to build their audiences by capitalizing on the established audience already cultivated by queer influencers. With 14,000 followers, they work with respected members of the queer community that post affirming and positive messages around the inherent desire to be cared for. Staged photos of unboxings are reminiscent of so many other subscription services that litter social media, and they use hashtags like #GenderEmpowerment to help users feel like engaging with their brand is a form of activism. Most recently, the brand has created what they’re calling FOLX Fam, a campaign encouraging people to call a toll-free number and hear a robotic voice telling them to press one to hear prerecorded words of encouragement from advocates and LGBTQ influencers as vague statements about being yourself. Then, they encourage callers to leave their own messages—which will then be marketed through their social media platforms. Tellingly, the campaign explains that the number is only for entertainment, and to call a different number if you’re in real need or crisis.

Beyond the iffy marketing, FOLX is funded primarily by venture capitalists (VCs); to date they’ve been awarded close to $30 million in seed money from different VC firms. A subscription service like BarkBox or HelloFresh, FOLX charges a monthly fee at different price points based on whether you are in your first year of transitioning or not, and then builds your needs from there. While it might sound convenient, FOLX doesn’t accept insurance—regardless of your coverage you’re left with a FOLX bill every month. Influencers; an empowering, transactional phone line; and cute hashtags are one thing, but cost is everything. Many trans people cite cost as their primary barrier to accessing proper healthcare. In a recent interview with Harper’s Bazaar, FOLX founder and CEO A.G. Breitenstein explains, “I benchmark [pricing] against cell phone plans as a reference point in terms of how people pay for things,” drawing an unflattering comparison to predatory plans that offer luxury items as status symbols and lock customers into overpriced and often unaffordable plans.

Trans people have needed proper safe and affirming healthcare since time immemorial. Can FOLX provide it?

FOLX spotlights a new phenomenon: Trans communities are pushed to the margins too often, but we’re also of the moment; thanks to increased media coverage and the advent of increasingly online queer spaces, the needs of trans people are on display now more than ever. Our disparity is for sale to the highest bidder, and with FOLX and other companies like Plume, a Denver-based trans health subscription service, it’s clear that large VC firms are buying. FOLX has cornered the market with strong branding and the utilization of influencers to bring eyes to their product, but we can’t rely on the economy of influencers to solve a healthcare disparity. Predatory pricing and misleading information that’s funded by venture capitalists is a neoliberal response to a crisis that capitalism doesn’t have an answer for. We shouldn’t be trying to find the right way to charge people for their healthcare. Instead, the goal needs to be to make it free, safe, and accessible. That’s the only way we solve the crisis.

If the FOLX model works, then it proves to VCs that “trans” is a commodity to invest in, like gold or crude oil. Conversely, if it’s unsuccessful, it will appear as if trans consumers aren’t worth investing in, and we will once again be left out in the cold while the rich that gambled and lost wash their hands clean of what they’ve deemed a bad investment. Despite all its bravado and calculated branding, FOLX is a profit-driven company that’s using the language and visibility of organized fights for liberation and the increased visibility of trans lives to capitalize on an opportunity. While Breitenstein alludes to trying to hire as many queer and trans people as she can, she makes no clear declarations of how many trans people specifically work in the structure of the company. The words “for us by us” aren’t a brand; they are a call to action. Barriers are not broken by millionaires trying to increase their net worth, regardless of the hashtags used in their associated instagram posts.

Marginalized people should not discover their healthcare from an algorithm tracking their movement and assessing their needs. FOLX relies on branding that sneaks into your feed and ensnares you with it’s promise of community, and those early out and in search of just that are especially vulnerable to this ploy. In this way, FOLX peddles an easy answer to a difficult question: Why seek community if it can be packaged and sold to you, delivered in a well-branded box that will look good as we scroll through pet photos and pictures of last night’s baking? It forgoes the notion that communities support communities, which is how trans people have survived thus far. Community is who should lead the charge on how to course correct a long-neglected group in need, not capital—and no amount of seed money will get us safely through the gates in our way.

Read this Next: Critical Conditions 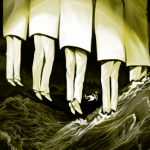