Does “Four Weddings and a Funeral’s” Depiction of Deafness Hold up? | Bitch Media 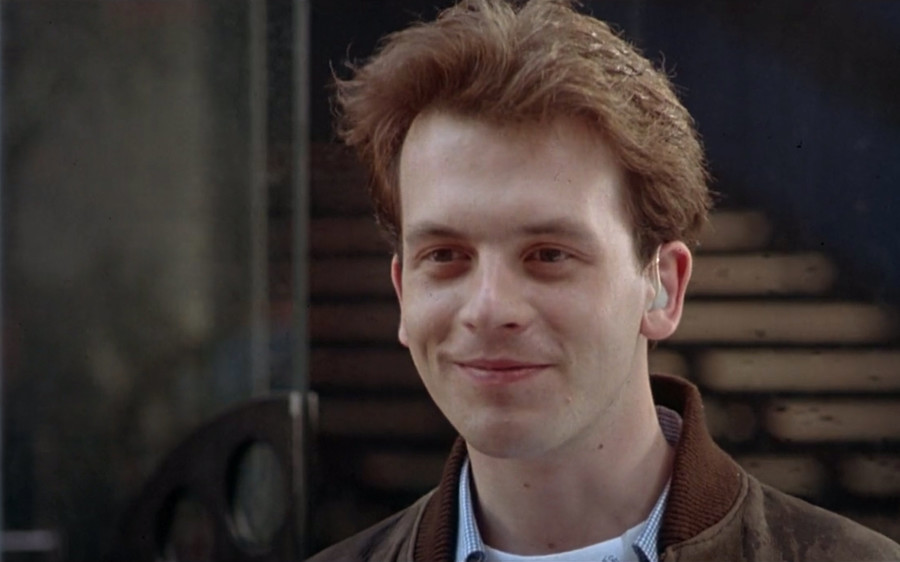 I watched Four Weddings and a Funeral for the first time with my friends at age 16—we hadn’t been quite old enough to watch when it was released in 1994. Though Four Weddings endures as one of those classic rom-coms and is responsible for making Hugh Grant an international star, it’s back in a big way thanks to a new remake. Twenty-five years after it first charmed the world, Four Weddings and a Funeral is a Hulu miniseries produced by Mindy Kaling about a group of American friends who reunite for a doomed wedding and flail around in its aftermath.  Like its predecessor (which, for 1994, was diverse for its time), Hulu’s Four Weddings is notable for its diverse cast—which includes Game of Thrones’s Nathalie Emmanuel and Sweet/Vicious’s Brandon Mychal Smith—and storylines.

For me, though, the original film will always endure, and not just because of nostalgia or a weakness for British accents, but because of the way it brings me back to a critical moment in my growing-up with regard to the diversity of sign language, and the way language has been stereotyped both in pop culture and in general. In a scene partway into the 1994 film that I still reference today, we’re introduced to David (David Bower), the charming brother of the story’s protagonist, Charles (Hugh Grant). My friend leaned over to ask me what David was saying; I blinked. “You know,” I said, “I’m watching the subtitles too.” FWAAF’s David is deaf, and so are my parents.

When you grow up in a smallish town, it’s easy for everyone to get slotted into a category starting at birth, and mine was obvious—That Girl With Deaf Parents. Bower, who is himself deaf, largely plays a role at one of the titular weddings, and gives his brother real-time advice about his growing attraction to Carrie, the American expat played by female lead Andie McDowell. Author George Bernard Shaw once said that the United States and the United Kingdom are “two countries separated by a common language,” and indeed, many people assume that all English-speaking countries use the same signed language—or even assume that American Sign Language (ASL) is universal. But British Sign Language (BSL) is as foreign to me as Russian or Japanese. For example, even the alphabet, done on two hands instead of one, is completely incomprehensible to my eye.

Not long after FWAAF came out, I stopped telling people that I knew “sign language” and specified that my native language was ASL. Almost inevitably, the next question would be whether there was any real reason to distinguish the languages. Misconceptions about signed languages flourish among the hearing, ranging from, “It’s the same all over the world” to “It’s like ballet with your hands.” Invariably, English speakers are the most likely to make these subtly audist comments, especially now that 21st-century English has become a global language in fields like international business and the sciences. It doesn’t help that ASL has also started to serve a similar role for deaf communities around the world, many of whom learn ASL in addition to their own native signed languages.

Gallaudet, the world’s only four-year university for the Deaf, is located in Washington, D.C., and students from abroad must be able to understand ASL since the school’s  courses are taught in the language. In fact, it helps not to think of a signed language, a written language, and a spoken one as being in any way connected to each other at all, but to recognize them as distinct, each one a living, breathing entity. ASL isn’t—as an elementary-school teacher of mine once tried to insist to me—“English with your hands.” Its grammar and syntax are completely different: ASL generally eschews gerunds and articles, for example, not to mention question marks. For some brains, it’s more helpful to think of ASL as being like Chinese, where a word is represented by a single  image or symbol, rather than built from a collection of letters.

David was also my introduction to the pop-culture trope of The Magical Cripple, a disabled character who exists to prop up a nondisabled character and provide sage life advice at the expense of their own personal character development. The good news is that, unlike, some Magical Cripples, David gets to be a human in his own right, and has his own storyline complete with (this is a movie about romantic pairings, after all) a woman who learns BSL in order to be with him. However, when it comes to character development, David is there to show us that his brother Charles isn’t such a bad guy.

Often, pop culture uses signed languages as a code or secret language; in order for it to work, the people around the signers must be ignorant in what is being said directly in front of them. Charles, who has a difficult time expressing his feelings in English, opens up to his brother in a way he can’t with the women he dates. And in the film’s penultimate moment, where Charles (spoiler!) leaves Duckface at the altar, it’s David who has to force his brother to stop the vows. Though Charles can’t be honest about his own emotions, David can. David demands that his brother translate for him, then announces that the groom is in love with someone else. It’s a neat trick to force Charles to speak the truth.

Sign language in film is also often used for humor, often for the benefit of hearing audiences to “guess” what signs are. An episode of the Aziz Ansari-helmed Master of None included a vignette featuring a deaf woman and her hearing husband having an argument about oral sex. The joke hinges on the fact that the signs for oral sex are supposed to be so obvious that hearing people can figure out what’s being discussed. That joke draws a direct line to a bit in FWAAF  where David, right in front of Carrie, comments on her breasts to Charles—who badly covers by pretending the sign for “breasts” is actually the sign for “hills.” In FWAAF, as in so many other pop culture portrayals, sign language is a party trick, a way for Charles to hide in plain sight while the audience—understanding the sibling conversation thanks to subtitles, unlike the characters gathered onscreen at the wedding reception—gets to be in on the joke. He’s more device than person.

This ignorance of deaf languages and experiences often bleeds into writing about the community. For example, the Ukrainian film The Tribe, which was released in 2015, was hailed by publications as varied as BuzzFeed and The Guardian for being the first-ever movie filmed entirely in sign language without subtitles. The movie was in Ukrainian Sign Language, but friends suggested I go see the film and then tell them what it was about. Often, the way hearing people talk about those who are deaf or hard of hearing people is couched in subtle or blatant paternalism. The disappointment a hearing person expresses after hearing that not all deaf people around the world can communicate in the same magical pangloss is a classic assumption that poor sad disabled folks would be so much happier if they could all just get on the same page. Requesting that there be a single, universal sign language often belies the question of exactly who we should all be unifying behind.

I still reference David when people want to know why sign language isn’t universal. The answer is, simply, because languages are different.

In the quarter-century since Four Weddings and a Funeral came out, there have been some remarkable pop culture depictions of deafness that don’t center the hearing experience, including the National Theatre for the Deaf’s staging of Spring Awakening on Broadway and the TV show Switched at Birth, which ran for five seasons until it was canceled in 2017. In July 2019, Marvel announced that Tony-nominated actor Lauren Ridloff—the first Black Miss Deaf America—would play the franchise’s first Deaf superhero. But representation still has a long way to go.

While questions about language and why deaf people in the United States don’t use the same language as people in the United Kingdom may seem harmless, as was my experience upon that first viewing of FWAAF, it’s indicative of a larger issue; after all, if you don’t even know what language people use, odds are good you also don’t know how to meet their social, medical, or emotional needs. While representation is powerful, it only goes so far without the addition of education, advocacy, and support. Ideally, mainstream awareness of deaf life won’t just lessen ableist questions about why ASL doesn’t conform to written/spoken English grammar, but would demand that the Americans with Disabilities Act be more rigidly enforced, that deaf adults are not infantilized by public servants, and that first responders are given mandatory sign language training. We need concrete, active changes.

I still reference David when people want to know why sign language isn’t universal. The answer is, simply, because languages are different. They develop at different times by different peoples. Signed languages often find their visual vocabulary in the contextual world the signers live in. Ask a person in the United States, a person in Morocco, and a person in Argentina to each draw a picture of tree and you’ll get three different trees, each based on the tree the person sees most often. Likewise, each person will have a different way to express that tree in their language. Should we use the word tree, shajara, or arbol? Odds are good that the word you use for tree is the one the people around you use, too.

For me, David’s legacy has long outlived the movie. My takeaway is that he didn’t live a happy, full life in spite of being deaf—he did all that because of being deaf. Ultimately, I still needed captions to follow what David was saying in the movie. But what I connected with, across the Atlantic Ocean, was the knowledge that he deserved and got love. What more can any rom-com hope to teach us?

Read this Next: A New Webseries Centers on the Lives of Two Friends—Who Happen to Be Deaf 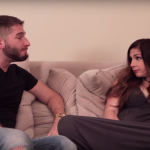 by s.e. smith
In an era when “diversity” is becoming a buzzword, “Fridays” stands out as an example of what people should be striving for.
by Lilit Marcus
View profile »

“Get Out” and the Ineffectiveness of Post-Racial White Feminism

Oscar Contender "Jackie" is Good, but Not Good Enough