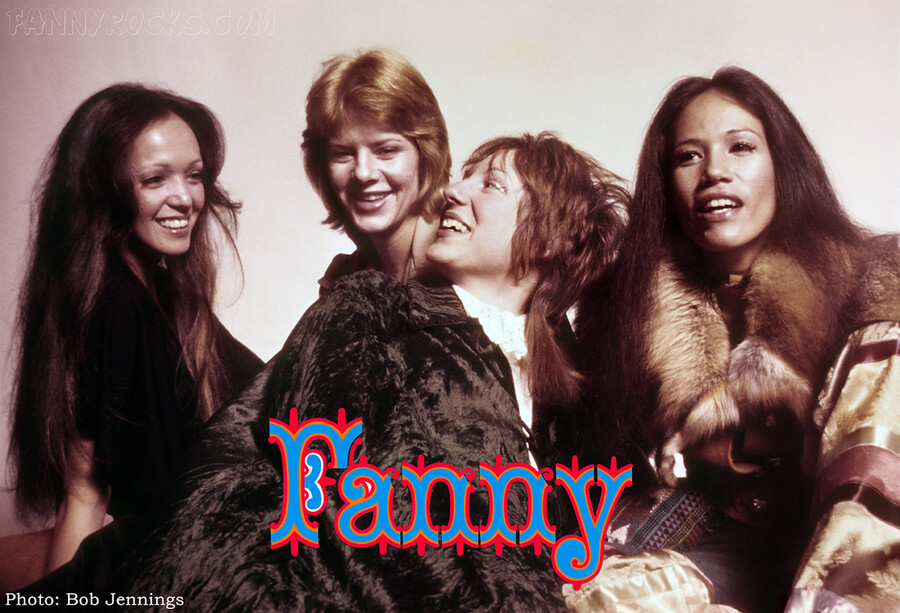 Many of us hold the same stereotype of rock music: Its image has long been defined as a genre focused on the visceral rage of a white man on stage, and his adoring, thrashing audience. This iteration of rock has been handed down to music fans since the ’70s, aided by giants like Nirvana and Led Zeppelin. Although Kurt Cobain and Mick Jagger are all over the history of rock, the genre was inspired in the 1940s by Sister Rosetta Tharpe, the “Godmother of Rock ‘n’ Roll,” and solidified in the 1950s by Black artists like Chuck Berry and the recently departed “Architect of Rock ‘n’ Roll” Little Richard, who sang about the faults of consumerism, satirized America’s class tension, and established one of the most well-known aspects of rock music—the guitar solo. Though white men didn’t create rock music, they remain its face, and missing by and large from those recognized for their work are women, especially women of color.

In a 2016 piece for this site titled “Why Is the Music Industry Still So Sexist?,” Sarah Mirk writes, “Though technology has made creating and releasing music more accessible than ever, the music industry is still male-dominated in myriad ways. From local punk gigs to national festivals, women are underrepresented onstage and in positions of power behind the scenes.” There’s a reason for that: Women face an overwhelming societal pressure to maintain a facade of positivity; women’s anger is viewed as unladylike at best and a racial stereotype at worst. Sadness and anxiety have flourished under the misnomer of hysteria for as long as women have talked about their emotions, while our cultural understanding of their anger remains controlled by patriarchal understandings of what women should and shouldn’t be like. As a result of this history of forced complacency and the silencing of women’s real emotions, a special power emanates from women in rock: The very emotions rock centers, like anger, desperation, and full-bodied passion, are often weaponized against women.

For women, rock music can provide a means to access this anger and other “negative” emotions. After stumbling upon rock bands founded and fronted by women, I found rock music to be a venue to explore my own emotions. Instead of convincing myself into complacency, rock music helped me tap into my anger, hurt, and irritation. As I listened to women being forcefully honest about their tempers, mistakes, and other experiences typically viewed as shameful, the emotions I had been hiding from became empowering. Women-fronted bands turn the language of rock music into a tool for exposing and dismantling oppression. In honor of these overlooked women, here are a few women rockers who inspired me to be okay with my own anger.

My love for rock music began with Veruca Salt. My dad and I were on some near-forgotten car ride on the day I first listened to them: The car was tense. I was angry and new to the language of adolescence, but, in that moment, their visceral, even ugly, emotions and guitar riffs redefined for me how women can express themselves. Named for the spoiled and disobedient child in Roald Dahl’s 1964 novel, Charlie and the Chocolate Factory, Veruca Salt formed in Chicago in 1993 when Louise Post and Nina Gordon formed a songwriting duo that soon expanded to include Jim Shapiro and Steve Lack. The band’s music took on an aggressive alt-rock sound with Gordon and Post layering their gothic and soaring voices on top of heavy guitar. Their first releases of “All Hail Me” and near-chart-topper “Seether” are ferocious testaments to temper and ego. The songs can be ugly but are always explosive and mystical.

After their debut American Thighs rocketed them out of the Chicago underground in 1994, the band struggled with commercial success. The bitings of ego and temper, and the pressures of success, ate away at the band’s core power—Post and Gordon’s friendship. The band released one last album with their original lineup in 1997, before reuniting nearly two decades later. The beautiful and bizarre Eight Arms to Hold You reveals an intense anxiety. Post and Gordon both embrace and question musical success, while desperately dealing with the loneliness of growing up and apart. Yet, amid the intensity, a playful side of the band rings out. The humorously titled “Venus Man Trap,” as well what’s as arguably their biggest hit, “Volcano Girls,” bring a lighter exuberance to a darkly dramatic album.

In 2015, Post and Gordon reconciled and released Ghost Notes, an overall darker album that manages to remain lighthearted and sardonic. Their songwriting is markedly different and more ambitious, with songs often appealing to angels such as the opening song “The Gospel According to Saint Me.” But their anthemic desperation remains, with an added sense of confidence after surviving for more than 20 years in various iterations. In “Black and Blonde,” the band sings more honestly and directly about the tenacity needed to stick around in the male-dominated world of rock.

Fanny - I Need You Need Me

Fanny, an all-woman rock band that sprang into popularity in the ’70s, was one of the first female rock bands to reach mainstream and critical success and believed to be the first-ever to release an album through a major record label. After Jean and June Millington moved from the Philippines to California in the ’60s, the two sisters began playing music together and soon joined forces with three friends to create Fanny. Yet, their commercial success came at the cost of reduced autonomy. Richard Perry, the man who signed them to Reprise Records, removed original member Brie Brandt from the lineup, citing his desire for a four-person band (like the Beatles) as the reason for her dismissal. Fanny resisted the label in other ways, such as avoiding their suggestion to market them as a sexualized girl group, and instead dressed themselves and focused on their ability to put on a memorable live show, and now have videos of old performances scattered on YouTube.

Afraid of being deemed or even turned into a novelty act, Fanny churned out four stellar and intricate albums between their signing in 1970 and June Millington’s departure in 1973. In a 2015 interview with Louder Sound, Millington cited her departure as a result of their label’s unrelenting pressures to conform to the image of sex-fantasy girl musicians, as well as the United States’s general apathy toward women in the rock scene. Reprise’s seeming distrust of Fanny is reflected in the label’s peddling of Fanny’s covers as singles, even though the band wrote every other song they released. Their covers, such as their take on the Beatles’s “Hey Bulldog,” are often bolder than the originals, with unique guitar licks and more statuesque vocals. Their songs “I Need You Need Me” and “What Kind of Lover” truly display the band’s passion and iconic ’70s sound. Nearly 50 years since they were signed to Reprise Records, the Millington sisters reunited with Brandt and other faces from the band’s past iterations to form Fanny Walked the Earth. In 2018, they released an album of entirely new and original material.

X-Ray Spex - Oh Bondage! Up Yours!

X-Ray Spex was born in 1976, a product of the genius and character of Poly Styrene, a British punk icon and woman of color. Rarely has an artist sung about anti-consumerism and feminism more memorably and joyously than Styrene did on their revolutionary debut single “Oh Bondage! Up Yours!” (1977). Styrene’s electrically arresting voice and world-building lyrics alongside Lora Logic’s saxophone set the band apart from other punk bands of and beyond the time.

Styrene wrote about dystopia and revolution, often taking lyrics from ads and various artificial-sounding ingredients. Even her name is derived from polystyrene foam. On “Germ-Free Adolescents,” Styrene stunningly creates an antiseptic apocalypse where a germ-free boy falls for a girl “obsessed with cleanliness.” Between X-Ray Spex’s unique sound, Styrene’s status as one of few Black women in a white man’s music scene, and her struggles with bipolar disorder that remained undiagnosed for the majority of X-Ray Spex’s duration, it’s clear that Styrene’s unique sound and vision comes directly from her strength. Perhaps the only thing larger than Styrene’s art is herself. Following her death at age 53, she has been the subject of many movies, including an upcoming documentary created by her daughter.

Chai stepped into history as recently as 2017, with the release of their debut album Pink. The band was formed by twin sisters Mana and Kana and their friends, Yuki, and Yuna, in the sisters’ hometown of Nagoya, Japan. The band only shares their stage names publicly, and keeps their ages intentionally masked as well. Their relationship serves as inspiration for many of their songs, and they preach about women supporting one another. Chai music is undeniably punk, and sometimes experimental pop or dance. Chai was formed to subvert the societal expectations of women in Japanese and to launch an agenda of realism, acceptance, and unbridled freedom. The band is reclaiming the term “cute” as part of their mission to redefine the Japanese beauty ideal Kawaii from something they find limiting to something they find liberating.

Chai frequently takes the stage in matching pink outfits, and then launches into their energetic and explosively inclusive performance. As Jenn Pelly writes in Pitchfork, “A mix of ambition, sincerity, and palpable excitement seems to manifest in everything they do: their genre-defying recordings, their thrilling performances, and their graciousness in person.” The band largely sings in Japanese, with some English incorporated into titles or choruses, such as their single “Fashionista.” Despite their serious intent and ambition (the band wants to be the first all-woman Japanese band to win a Grammy), the songs themselves are visceral in their joy, so much so they often transcend into a state of tenseness that only the most carefree of dancing can release. “Boyz Seco Man” is a story as old as time about a man with a misleading exterior. The song is not about him, however, as much as it is about establishing a system of support among women. The English translation of the lyrics read, “Hairdressers, guys in bands, bartenders/ Don’t go out with them!/ Ah ah, I’ll protect you!/ I’ll be your total support!” Their body of work shows how women can engage with rock and the expectations listeners have of the genre.

Read this Next: Why Is the Music Industry Still So Sexist? 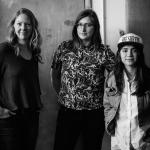 by Sarah Mirk
The founders of the magazines She Shreds and Tom Tom talk music industry gender politics with an indie record label president. 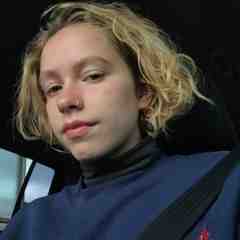 Ellie Sharp is student at Reed College in Portland, Oregon, studying comparative literature. She is interested in the history and artistic depictions of lesbianism, as well as uncovering the complicated narratives women have been denied access to. When she’s not at Bitch or school, she plays for the Reed rugby team and writes poetry.