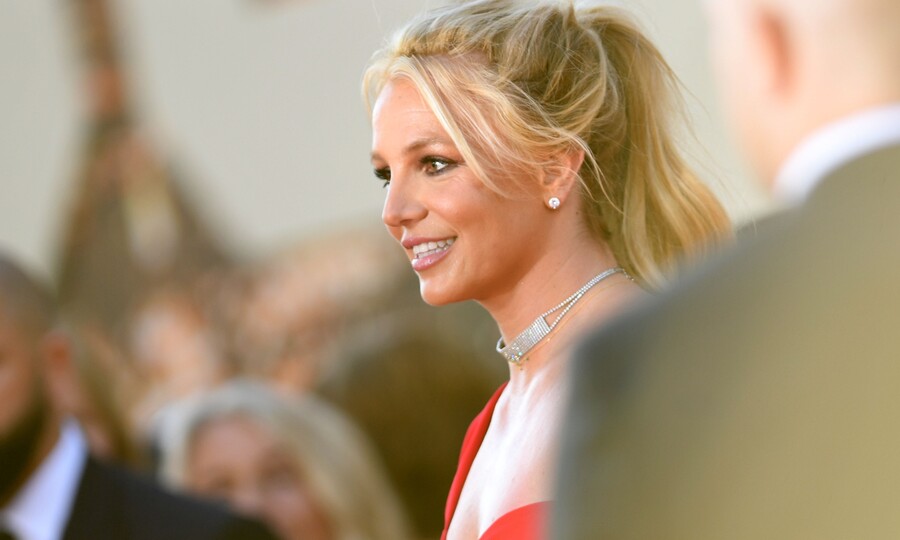 Britney Spears arrives for the premiere of Once Upon a Time... in Hollywood at the TCL Chinese Theatre in Hollywood, California on July 22, 2019. (Photo credit: VALERIE MACON/AFP via Getty Images)

Through the early 2000s, Britney Spears was America’s sweetheart; by 2008 she was a “troubled pop star” who had spiraled out of control. Everything took a turn for the artist when, in 2007, she shaved her head after a late-night trip to a Los Angeles hair salon. The event prompted then-26-year-old Spears to become even more of a target for the paparazzi and a money-making machine for the tabloids; the press sold her suffering as confirmation of her mental instability, and the media fought among themselves to be the first to tell the story of how Spears “lost it all.”

A little more than a decade later, the public’s attitude toward Spears—and mental health issues more broadly—has greatly softened. The 2021 New York Times documentary Framing Britney Spears chronicles the singer’s rise to fame, her personal battles, and her 12-year conservatorship, problematically managed by her father, Jamie Spears. Throughout the film, which aired on FX and Hulu to massive viewership, control is a prominent theme: Who actually has control over Britney Spears, the person; Britney Spears, the entertainer; and Britney Spears, the business enterprise? And what does that mean for her mental health? Framing Britney Spears doesn’t purport to know the definitive answers to those questions, but it does present this truth: Our patriarchal culture weaponizes mental health and demonizes mental illness. Women who don’t hide their mental health issues are rarely handled with empathy or genuine concern. Instead, they’re dismissed as “crazy.” Like Bertha Mason in Jane Eyre (1847) or the narrator in Charlotte Perkins Gilman’s short story The Yellow Wallpaper (1892), women are often blamed for the toxic conditions that keep them hostage. For Spears, her celebrity magnified her struggles, turning the painful aspects of her private life into mass entertainment under the guise of public lessons in morality.

The zenith of Spears’s fame occurred at a time when celebrity gossip culture was starting to transform, with the help of the internet. Perez Hilton started blogging in 2004; TMZ was founded in 2005; and the Kardashians first hit the small screen in 2007. In Framing Britney Spears, New York Times journalist Wesley Morris notes, “We don’t have royalty here; we have famous people.”

That Spears’s body was treated as public property, and that her virginity became a source of obsession, was a reflection of patriarchal entitlement. Her 2003 primetime interview with Diane Sawyer is a standout example of the patronizing scrutiny Spears endured as a young adult. Sawyer presses Spears about her alleged “betrayal” of Justin Timberlake and plays into the idea that the singer is controversy-hungry, a provocateur who doesn’t deserve sympathy but rather immediate reform. Ultimately, the celebrity-gossip mill made stalking Spears a high-ticket sport. Brittain Stone, the photo director of Us Weekly from 2001 to 2011, says on-camera, “When I had a really healthy budget, it’d be about $140,000 a week on imagery.” Following Spears was a bankable beat: A 2008 Guardian article reported, “Photo agency X17, which has a team trailing her 24/7, estimates that Spears accounts for a third of its revenue.”

That kind of going rate created a sense that Spears was up for grabs. “When Britney was being shamed for her sexuality as a teenager and stalked as a young adult, the gatekeepers to all these media outlets—the ones doing the shaming—were in their 30s, 40s, 50s,” Samantha Stark, the film’s director, told the New York Times. In the documentary, these gatekeepers included politicians (former Maryland First Lady Kendel Ehrlich said, “If I had an opportunity to shoot Britney Spears, I think I would,” at a 2003 domestic violence conference); late-night comedians (sound clips feature Jay Leno and David Letterman mocking her shaved head); and primetime news anchors (Sawyer and Matt Lauer, in two separate interviews, each asked probing questions that caused Spears to cry). The hunger around Spears never lessened. In 2006, after she’d given birth to her son Sean Preston, Spears sat down with Lauer to discuss the growing demands of an increasingly vulturish tabloid culture and her marriage to Kevin Federline.

Lauer, who was fired from the Today show in 2017 for sexual misconduct, is invasive and cold: He brings up an incident where paparazzi captured Spears driving with Sean Preston in her lap, and attempts to shame her. Later on, he shows Spears a pile of tabloids and reads her the headlines. Nowhere in the interview does Lauer sincerely wonder about Spears’s mental or emotional well-being or inquire how she’s adjusting to new motherhood. In both the Sawyer and the Lauer interviews, there’s an underlying push to get Spears to admit her failures and her faults rather than to elicit any sense of sympathy or understanding. During the Lauer interview, she outright calls herself “an emotional wreck” and shares that because of her hormones, she can “start laughing hysterically” in one moment and then “start crying” in another. Lynne Spears, in her 2008 book, Through the Storm, suggests that her daughter had postpartum depression. Regardless, the younger Spears’s vulnerability as a new mother was trivialized, and media discourse about her continued to lean into the narrative that she was “unhinged.”

A little more than a year after the Lauer interview, Spears was twice in one month placed on a 5150 hold. The media coverage was a circus. Both TMZ and People published breaking updates and photos of Spears inside the ambulance. Sensationalist magazines like Star ran inflammatory headlines like “Insane! Inside Britney’s Tragic Freefall Into Madness,” detailing her experience with breathless fascination. HuffPost speculated on whether or not she would commit suicide, complete with quotes from doctors who didn’t personally know Spears and had never treated her as a patient. It wasn’t a moment of concern. It was a moment of mockery. Spears’s mental health was never taken into consideration until it conflicted with her image and threatened her brand, leading to her losing control of not only her public narrative, but over her personhood: Jamie Spears has been his daughter’s conservator since 2008. In 2020, a judge denied Spears’s petition to remove her father’s conservatorship over her estate but approved her request to appoint Bessemer Trust as a coconservator. The conservatorship, which is explored in the latter half of the documentary, was not only about stripping Spears of her autonomy, but was punishment for her perceived disobedience in not conforming to the cultural conception of “normal” motherhood. The media diligently tracked her contentious custody battle with backup dancer Kevin Federline, breaking down her “timeline of tumult” like it was a recap of a must-see reality TV show.

The public narrative around Spears was a cautionary tale: Women with mental health issues can’t be saved; they pose an imminent danger to themselves and others. All of the roles that Spears occupied—mother, daughter, sister, friend—were deemed secondary, even inconsequential to her most important (and lucrative) responsibility: to be a nonthreatening, chaste, submissive sex symbol. More than a decade later, pop stars have become more open with their mental health issues. Halsey isn’t afraid to speak about living with bipolar disorder; Ariana Grande has talked about having post-traumatic stress disorder and going to therapy; Selena Gomez advocates for mental health awareness; Summer Walker is open about her anxiety. Lady Gaga and Demi Lovato have also been forthright with their mental health struggles. But back when Spears was navigating young adulthood, the language surrounding mental health relied on ableist stereotypes and tropes.

The press sold her suffering as confirmation of her mental instability, and the media fought among themselves to be the first to tell the story of how Britney Spears “lost it all.”

No example lands stronger than that infamous moment when a brunette Spears shaved her head with a barber’s electric razor. A 2008 ABC News article about a “bald and broken” Spears asks: “What was she thinking?” When asked why she shaved her head, Spears reportedly said, “I don’t want anyone touching me. I’m tired of everybody touching me.”

At the time, I was a devoted 14-year-old Spears fan and was shocked; as I got older and dealt with my own mental health struggles, I understood the head-shaving moment in a new light. It was as much an act of catharsis as it was an attempt at liberation. Spears’s decision to go bald defied conventional beauty standards, the viper-tongued press, and the idea that her existence was solely for the benefit of other people. A pop star’s experiment in aesthetics—especially those that can be tied to her mental health by the press—can torpedo a career. The public had been fed a narrative that wrote Spears as a fallen idol; her unexpected trip to the salon was just one more piece of “evidence” of her instability.

Framing Britney Spears is a clear indictment of society’s stigmatization of mental illness. Entertainment bloggers such as Perez Hilton, who launched his career on the daily humiliation and ridicule of popular female stars, are only now vocalizing their support for Spears and the viral #FreeBritney movement. Others are taking the defensive route. Sarah Silverman, who conducted a “roast” of Spears at the 2007 VMAs, recently addressed Twitter users who were calling her out and doubled down on her past behavior. Ex-boyfriend Timberlake wrote in an Instagram post, explaining, “I understand that I fell short in these moments and in many others and benefitted from a system that condones misogyny and racism.” Yet these apologies seem too little and too late—in Spears’s case, the damage has been done. We may have altered the way we discuss mental health, but if we want to do better by the pop culture heroines we thrust so much criticism and responsibility upon, we still have a long, long way to go.

Read this Next: #FreeBritney Is Just the Tip of the Iceberg 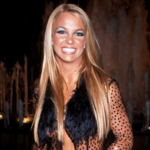 by s.e. smith
For the disability community, this movement could result in major changes to a system that has been taken at face value.