Blumhouse’s “Freaky” Is the Future of Feminist Horror | Bitch Media 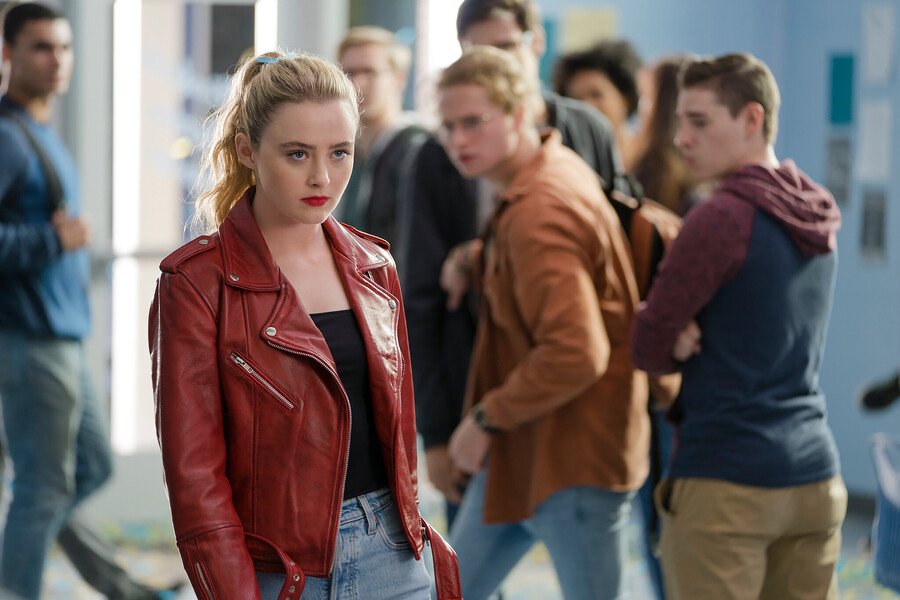 Set on Wednesday the 11 (note: two days before Friday the 13), writer-director Christopher Landon’s Freaky begins in the prerequisite slasher manner: A group of underage youngsters drink, laugh, and swap horror stories around an open fire. In this case, the four teenagers share tales of the local legend, the Blissfield Butcher (Vince Vaughn), a brutal serial killer who has supposedly been combing his way through the Blissfield area since the late 1970s. True to fashion, the teens are oblivious to the fact that the Butcher isn’t a mysterious force that’s out there somewhere—he is already inside the house. The menacing Butcher dispatches each teen in increasingly inventive (and grotesque) ways, before he finally reaches his goal: stealing an Aztec dagger called La Dola. In both its references and its tropes, the film pays homage to Michael Myers from Halloween (1978), Jason Voorhees from Friday the 13th (1980), and ultimately ends with a tribute to Casey Becker’s death in Scream (1996).

The day following this bloody scene, we meet Millie Kessler (Kathryn Newton), a 17-year-old girl whose home life is shaped by trauma and grief in the wake of her father’s death a year before. Millie’s mom Coral (Kate Finneran) drowns her sorrow in Swan Song chardonnay, while her cop sister Charlene (Dana Drori) copes by overworking. At school, Millie is tormented by bullies, including mean girl Ryler (Mellisa Collazo), a horde of jocks, and her verbally abusive woodshop teacher Mr. Fletcher (Alan Ruck). Millie’s allies are few, with social justice-minded Nyla (Celeste O’Connor) and boy-obsessed Josh (Misha Osherowitz) helping to make school, and her melancholy life, tolerable. The news of the Butcher’s murders breaks via emergency text alert, and despite the threat of a serial killer targeting students, the Blissfield Beavers do what any teens at the center of a slasher film would do and refuse to cancel their homecoming game, even in the face of violence and death. Here, we find our crux, and our protagonist at the center of it: While alone on campus and wearing a beaver mascot outfit, Millie comes face to face with the Butcher, who stabs her in the shoulder with the stolen dagger. When they wake up the next day, the two have Freaky Friday-ed (per the film’s title) into each other’s bodies.

Through Vince Vaughn and Kathryn Newton’s performances as both their respective characters and vice versa—Vaughn steals the show with a portrayal of Millie that made me almost forget he’s not actually a teen girl in a 6’5” man’s body—Freaky explores gender and body horror in a captivating (and extremely funny) way. Variety praised the film, saying that it “evokes queer and feminist power beneath a slasher surface,” a reading that is fully accurate. In Freaky, after the Butcher and Millie switch bodies, other characters refer to them using the correct pronouns. When in Millie’s body, the Butcher is definitively called “he,” and Millie in the Butcher’s body is “she.” In a roundtable Twitter discussion, writer and director Christopher Landon stated that this was an intentional choice, and cowriter Michael Kennedy confirmed, “Millie is always referred to as she. The Butcher he. No matter what. It was important that it was consistent and it was definitely a conscious choice.” Though minor, the decision to honor the characters’ respective gender identities is one way that Freaky provides timely and refreshing social commentary for viewers who are tired of stereotypical representations of gender in horror and onscreen more broadly.

When I first heard the synopsis for Freaky, I initially had a number of reservations and concerns about the body-swap plot, especially in light of comments made by transphobic figures like J.K. Rowling who incite fear about the supposed threat of trans women in public bathrooms (and elsewhere.) Since Freaky is a story about a male serial killer who hops into the body of a teenage girl and begins stalking classmates, it seemed like these events might feed directly into dangerous transphobic narratives. From Psycho (1960) to The Silence of the Lambs (1991) and beyond, the horror genre has a long history of problematic storylines around gender and gender identity. In Freaky, there is indeed one scene where the Butcher (in Millie’s body) goes with Rylar into the girls’ locker room that had me squirming in my seat, as it could potentially affirm transphobic beliefs. Another misstep is the troubling exchange between Nyla and Josh in which he admits to taking advantage of drunk jocks who suddenly become sexually “fluid’” through inebriation; Nyla calls out Josh’s tactics for being “rapey,” to which Josh responds by showing his friends an undesirable profile on a sex app. “Good. Have you seen what’s on the menu in this town?” Yikes. Neither of these scenes land particularly well, especially when contrasted with the film’s otherwise careful messaging.

Aside from the two definitive stumbles, Freaky’s inclusive take on body-swap horror is a pleasant and welcome surprise. Even though Millie is still a girl, in the Butcher’s male body she needs to use the bathroom, and her friends encourage her to start using the boy’s room. While peeing standing up, which Millie enjoys immensely, she also begins assessing her new genitalia as she moves her hips around, laughing and saying it’s like having a “floppy anteater” between her legs. Vaughn plays this scene exceptionally; he never makes fun of Millie, portraying her as a still-developing young woman with pathos and empathy. And as Millie spends more time in the Butcher’s super-strong body, she begins to find it empowering: With her newfound stature and strength, she can finally fight back against bullies. In the Butcher’s body, she is able to have a healing conversation with her mother, who speaks to her through the closed door of a gender-neutral changing room at the discount store where Coral works; Millie gains insight into her mother’s grief over the loss of her father when Coral opens up to her in a way that she never has before. And when the romance aspect of this horror comedy gets revving with Booker Strode (Uriah Shelton), Millie’s long-time crush, it becomes one of the most sex and gender-positive scenes I’ve witnessed onscreen in years. Not caring what body she’s in, Booker reciprocates Millie’s romantic feelings. Booker expresses that he’s in love with Millie and just wants to be with her.

Though minor, the decision to honor the characters’ respective gender identities is one way that “Freaky” provides timely and refreshing social commentary for viewers who are tired of stereotypical representations of gender in horror.

In contrast, when the Butcher is in Millie’s teenage body, he has the opposite experience. He loses his immense strength, and his kills take much longer to execute. The Butcher’s fight scene with Mr. Fletcher is brutal—Mr. Fletcher easily tosses Millie’s body around the room and kicks her in the ribs several times when she’s down. Eventually, the Butcher is still successful in racking up his kill count, and watching him take down the film’s antagonists feels strangely therapeutic. Notably, the Butcher changes his targets when he body swaps with Millie. His targets become based on whomever approaches her young, beautiful body, and, as a result, most of his kills are predatory men and boys. His murders include three, would-be gang rapists and a violent homophobe, making the deranged serial killer the film’s least expected hero. As an added layer to Freaky’s commentary about gender and identity, the film is fundamentally also a story about cultural appropriation gone wrong. The stolen Aztec dagger, originally purchased by a wealthy, white man unaware of its power, is a primary driver of the film’s conflict.

The dagger never should have left Mexico, and its unnatural presence in America leads to Blissfield’s new set of tragedies. Here, we gain the film’s cultural appropriation commentary alongside a story about collective grief and trauma for the women in Millie’s family. By the end of the movie, each female character is newly empowered, and the family gains a collective strength from their experiences. Thanks to Landon’s (largely) careful touch, these themes tie together smoothly and comedically, rather than hitting the viewer over the head with its messaging. On the surface, Freaky is a campy romp through well-known slasher tropes. Paying horror-movie homage to The Texas Chainsaw Massacre (1974), Friday the 13th, Candyman (1992), and many more, the movie’s loving tributes to its predecessors add to the charm of an already phenomenal and hilarious slasher film. Most importantly, though, Freaky sets a new paradigm for inclusive, queer horror that only grows funnier, more powerful, and extraordinarily meaningful with every rewatch (which was three times, by the way). Freaky isn’t just the future of inclusive, social justice horror either. Freaky is the future of the horror genre altogether. 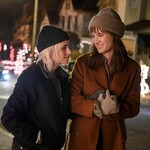