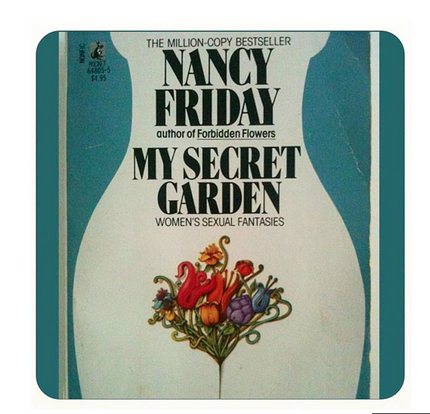 “I think both men and women like to fantasize sexually…. But, when a man does it it’s as if he’s looking at the sexual object through the small end of a telescope. He focuses on just the object. But I think women look at a sexual object with wide angle vision. To fantasize, they need atmosphere, romance, a man doing something, not just standing there.”—Bob Guccione, 1973

In “Goodbye to All That,” her 1970 kiss-off to the sexism of the Leftist movement, Robin Morgan railed passionately against “the good guys who think they know what Women’s Lib, as they so chummily call it, is all about—who then proceed to degrade and destroy women by almost everything they say and do.” In a cascading litany of references to Hugh Hefner, Paul Krassner, radical socialist broadsheets, and the Weather Underground, Morgan hammered home that, though the latter half of the 1960s had donned an often-convincing costume of female sexual liberation, its erotic ideal was the same old male wish-fulfillment in a new miniskirt. However radical her politics, she noted, a woman in a male-defined subculture was still reducible to her anatomy: “Know what they call a Weatherwoman? A heavy cunt. Know what they call a hip revolutionary woman? A groovy cunt. Know what they call a radical militant feminist? A crazy cunt.” The essay was a damning blow to a progressive subculture that had brought female sexuality—white female sexuality, but more on that in a minute—out of its 1950s twin-bed slumber, painting it over in candy colors, op-art swirls, and psychedelic sounds.

But frustration with the largely unchanged sexual dynamics of leftist and other progressive spaces catalyzed women, in individuals and groups, to reframe sexuality as more than, as Morgan put it, “cock privilege.” They homed in on women’s sexual health, pleasure, and agency and dislodged phrases like “free love” from their previously male domains, reframing sex as not simply about permission but about knowledge. And though Nancy Friday, who died last week at the age of 84, was not one such movement feminist, she was one of the inadvertent architects of this new female-focused sexual culture.

These days, the image of women in caftans sitting around peering through speculums at their own cervixes is one of those shopworn clichés of second-wave feminism, but it’s hard to overstate that, in order to achieve parity in pleasure, women had to first know themselves in ways that the American medical establishment had long discouraged. It was through feminist consciousness raising that groups like The Boston Women’s Health Collective, publisher of the mimeographed pamphlet Our Bodies, Ourselves, began to see the need for a movement that demystified female anatomy and reproductive health. The 1970 publication of the now-indispensable and much-revised Our Bodies, Ourselves, along with a number of women’s clinics that opened that decade in Los Angeles, Chicago, and San Francisco and kicked off the Women’s Health Movement. Knowledge, it turned out, was power and pleasure.

My Secret Garden was a project born from Friday’s recognition that women as a class are conditioned from childhood to be appropriate, deferential “good girls,” and that their sexual imaginations are circumscribed by these imperatives. She countered the Freudian-influenced psychological belief that women don’t consciously engage with their imaginations, and emphasized that those fantasies are often right at the surface—it was just that no one cared to either look for or appeal to them. Unlike men, who had entire industries devoted to satiating their every erotic whim, women were assumed to make do with what paltry, nonexplicit material did exist, from formulaic damsel-in-distress romance novels to Vaseline-lensed soap-opera clinches.

As an author, Friday didn’t set out to collect the erotic daydreams of other women. But after a male editor balked at her inclusion of a sexual fantasy in her own novel-in-progress, she made it her mission to prove that women’s minds can conjure up wild, insatiable storylines to match any man’s. She recounts that frustrating conversation with her editor in the first chapter of My Secret Garden, noting that “When Henry Miller, D. H. Lawrence, and Norman Mailer—to say nothing of [Jean] Genet—put their fantasies on paper, they are recognized for what they can be: art. The sexual fantasies of men like these are called novels. Why then, I could have asked my editor, can’t the sexual fantasies of women be called the same?”

After soliciting calls for women’s fantasies via newspaper ads and word of mouth, Friday’s hunch was validated when she began received typed and scribbled missives by the bagful. From relatively tame episodes involving high-school boyfriends and handsome strangers to kinky-by-even-today’s-standards scenes of bondage, domination, and bestiality, the stories collected in My Secret Garden were a revelation to Friday herself. What was less surprising was that so many of these fantasies were relayed with guilt, shame, and secrecy, and Friday minced no words in laying out her goal of separating fantasy from misgivings about fantasy. “We’re as hidden as our clitorises,” she wrote in the book’s introduction. “By the time we’ve found them, hidden away up there, we’re guilty at having located them.”

Friday didn’t identify as a feminist, but by daring to suggest that women’s fantasy lives were as fertile—and, for that matter, often as rudimentary—as the “typical” male’s, Friday became part of what would eventually be dubbed “sex-positive feminism,” a phenomenon that establishment feminism decidedly rejected. “This woman is not a feminist,” sniffed Ms. in its review of My Secret Garden; elsewhere, the anxiety that an army of hot-blooded and orgasm-flushed women were bent on displacing men as sexual authorities was palpable. (There was a notable sigh of relief, for instance, in the New York Times’s assertion that “despite the dicta of Women’s Lib, men are still indispensable.”)

My Secret Garden has issues that, while they might reflect a generally less progressive time, are cringeworthy by any measure, and offer a revealing window on still-pervasive narratives about race, sex, and power. Categorizing fantasies by common themes makes organizational sense, but that doesn’t make topic headings like “Big Black Men” or “Young Boys” any easier to rationalize. (Let’s not even get started on the alarming number of dogs that feature in the stories.) The book, by and for heterosexual white women, is a frisky safari of othering that presents the ostensibly unfamiliar (Black men, lesbians, fetishists) as vehicles that allow white women to deny agency and responsibility in even their fantasy encounters. Like Viva and Fear of Flying, the erotic lens of My Secret Garden focused almost exclusively on carefree white women skipping through a brave new world of see-through blouses and zipless fucks, oblivious to the stereotypes and oppressions that burdened their nonwhite peers.

Viva’s relatively short life was an explicit attempt to commodify the white women’s sexual revolution, an early example of how second-wave feminism became entwined with—and co-opted by—mainstream media and popular culture. By 1973, publisher Bob Guccione had already proved that a smuttier gentleman’s mag could be big business; Penthouse, his flagship title, took Playboy’s wholesomely yielding girl next door and added more skin (Penthouse was the first magazine to, in the parlance of the time, “show pink”) and a cut-to-the-chase focus he’d long ascribed to his male audiences. Guccione unquestioningly brought his own sexual double standards to the enterprise of female-targeted pornography: To one Associated Press reporter, he explained the lack of male centerfolds in Viva by saying that the concept of women ogling a foldout poster of beefcake was “demeaning to both men and women.” (The female centerfolds in Penthouse, meanwhile, presumably lacked such universal powers of demeanment.)

But Guccionce knew that the heady perfume of women’s sexual liberation was accompanied by an increasing willingness to splash out on products that mirrored that liberation. In many ways, Viva didn’t deviate significantly from other women’s glossies. Its coverlines were chatty and service-oriented (“Unwanted Hair: All the Latest Ways to Cope”; “How to be a Weekend Stepmother”), if more forward-thinking than the old guard. The likes of Redbook or Women’s Day, for example, were unlikely to offer anything as straightforwardly service-oriented as Viva’s 1976 cover story “Abortion in America: A State-By-State Guide.” Unlike its competitor in erotica for women, Playgirl, Viva’s cover models weren’t smiling, interchangeable slabs of tanned beefcake, but gorgeous celebs like Bianca Jagger and Margaux Hemingway. The overall effect was that of a fashion magazine that just happened to include frank, feminist coverage of sexual culture. (The magazine’s fashion editor was one Anna Wintour, who hired Helmut Newton to shoot edgy nudes years before he became the go-to photographer for Vogue’s avant-garde spreads.) Viva was definitely a statement, but in many ways its power lay in appearing to be casual about the sea change it heralded—that of white women’s desire as a viable consumer imperative.

More than 40 years after 1973 brought the white female gaze and its attendant fantasies to the mainstream marketplace, the question of whose sexual experiences are acceptable and whose are still shunted back into the shadows remains. From the airport-bookstore “mom-porn” genre spawned by 50 Shades of Grey to the intersectionally challenged Slutwalk movement, the pop-culture glamorization of escorts juxtaposed with the murder rates for transgender sex workers of color, the monetization of straight women’s sexual disclosure on for-profit websites to the demonization of Rihanna and Beyoncé as “bad” role models, the pervasive segregation across sexual culture makes it tempting to shrug off the legacy of Friday and her contemporaries on the proto–sex-positive vanguard. But it’s instructive to consider what hasn’t changed since women penned their confessions and sent them on their anonymous mission to the bestseller list.

But the marketability of the female gaze, and the vast opportunities to consume its bounty, has not yet resulted in a widespread, substantial change in how women’s sexuality and their right to satisfying, consequence-free sex is viewed. It’s hard to celebrate the existence of a $400 hand-finished resin vibrator when your state legislators are pushing punitive measures under the guise of “women’s health.” The same women whose toy is an instrument of pleasure may find herself on the business end of a transvaginal ultrasound wand that, in legal context, is wielded as a reprimand. And the flood of sexual-harassment and –assault allegations that have been pouring out from every corner of American culture and politics for more than a month is depressing proof that Morgan’s rage at her male colleagues is one of the many legacies of feminism that is still handed down to new generations of feminists, a cursed heirloom that too many of us have to haul from place to place. Friday’s work and that of her contemporaries in the nascent sex-positive movement of the 1970s may not seem either as shocking or as groundbreaking as it once was. But in a sexual culture whose gendered burdens still weigh heaviest on women, it’s clear that while we should leave behind the biases and stereotypes that characterized her work, the path toward a truly revolutionary vision of female sexual autonomy is as clear-cut as ever.

Relevant: "The Americans," Sex, and Power 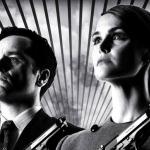 Sex and sexuality can be deadly. This message is one of the main undercurrents of The Americans, the...