Them, TooRemembering the Lawsuit That Took on a Writer’s Room 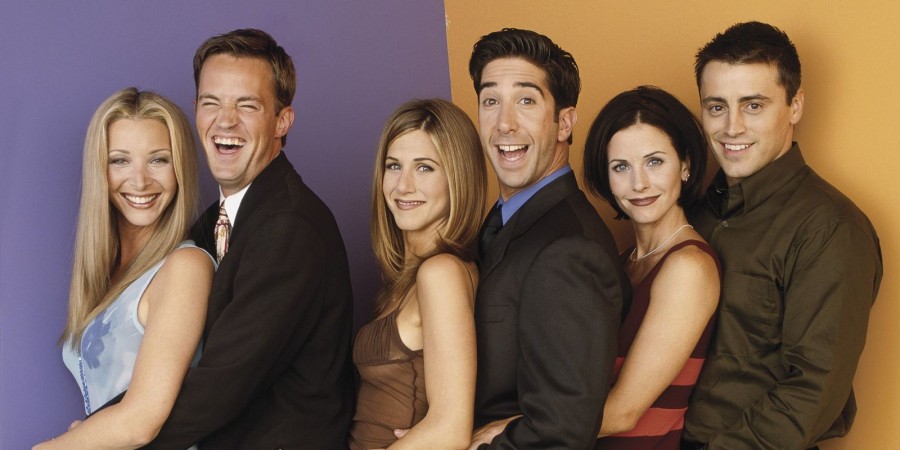 Can Hollywood dismantle its own systemic problems of routine sexual harassment? That’s been at least one of the questions brought up by the #MeToo revelations of the past year; however, discussions about the movie and TV industry’s complicity have largely been overshadowed by hand-wringing about whether straight men and women can continue to work together given that women are just so darn harassable. Both Variety and The Hollywood Reporter recently published pieces exploring the #MeToo’s impact on television writers’ rooms. Both articles were accompanied by illustrations featuring a lone woman writer (one of them sporting a biohazard suit) slumped over a laptop in a dark room surrounded by the shadows of nefarious men.

(Variety’s illustration took “representation matters” to heart and included a Black male writer in the room, despite the fact that Black writers make up less than 5 percent of writing staffs—but okay, sure, when we’re talking about sexual harassment in the workplace, let’s draw in a Black dude.) And neither could avoid mentioning the lawsuit that cemented writers’ rooms as exempt from language and behavior that would be verboten anywhere else.

The 2004 lawsuit brought by a writer’s assistant on Friends was the first of its kind, leveled against the producers of a show whose writing team was consistently very white and male even with co-executive producer and creator Marta Kauffman at the helm and a handful of women writers throughout its time on air. Before streaming services and DVRs, the friendly sitcom’s decade-long run brought butts to couches and headlined NBC’s “Must-See TV” programming. Fans were deeply invested in the white lives of the Central Perk squad: Were Ross (David Schwimmer) and Rachel (Jennifer Aniston) really on a break? What will Chandler (Matthew Perry) be sarcastic about next? Could Monica (Courteney Cox) be any more type A? How you doin’?

Friends was a show unconcerned with social commentary or zeitgeist-y topics, and that was just fine: At a time where Seinfeld—a “show about nothing”—flourished, it felt like the 22-minute sitcom had no imperative to contribute anything more than a very layered hairstyle to the culture. Friends remains on our pop-culture radar nearly 15 years after its season finale, enjoying a second life in syndication and on Netflix. But its famous lawsuit has had a lesser-known impact on the world of TV writing. In 2002, writers’ assistant Amaani Lyle filed a lawsuit against the show’s production studio for workplace sexual harassment.

Lyle originally brought suit for wrongful termination and racial discrimination after she was let go in 1999 after only four months. But when it was dismissed, her lawyer found the sexually aggressive behavior in the writers’ room to be the basis for a sexual-harassment case. An assistant is the lowest position in a writers’ room; their main task is to take detailed notes as writers’ pitch and flesh out story ideas. Lyle, a Black woman, said in the lawsuit that she was forced to sit through lengthy discussions of some of the writers’ sex lives, as well as record “racist, sexist, and obscene” comments made by a largely male writing staff.

The court’s decision stated that under the Fair Employment and Housing Commission (FEHA), the writers’ pattern of sexually aggressive comments weren’t directed at Lyle herself, and thus her rights weren’t violated—no biggie. The decision read, in part, “This case has very little to do with sexual harassment and very much to do with core First Amendment free-speech rights. The writers of [Friends] were engaged in a creative process—writing adult comedy—when the alleged harassing conduct occurred. The First Amendment protects creativity.”

When Lyle’s suit was first filed, the New York Times published a piece, “Television Without Pity,” in which TV writers addressed the ubiquity of the behaviors and attitudes described in the suit.

“[E]ven when they don’t end up in the scripts, the off-color jokes, writers say, are essential. Some of the cleanest shows are created in filthy rooms, said Jeff Schaffer, who works on the HBO comedy Curb Your Enthusiasm. ‘If you’re not doing challenging jokes on the air, you’ve got to let them out some way,’ he said. ‘It’s about stacking a few more pounds on the barbell. It’s necessary to get filthy.’”

A veteran writer with credits on Diff’rent Strokes and L.A. Law said, “The whole point is to create the loosest room you can. If people aren’t censoring themselves, they’re going to be funnier and more real.”

One of the fallacies highlighted by #MeToo’s revelations is the notion that people need to be offensive, rude, or otherwise fucked up in order to be creative—that making other people feel like shit while they’re trying to do their jobs is a necessary part of the process.

These comments were made more than a decade after Anita Hill’s testimony during Clarence Thomas’s Supreme Court confirmation hearings in 1991, where workplace sexual harassment— more specifically, the kind that is about a “hostile workplace environment”—was laid bare as a type of institutionalized violence that the powerful wield against their subordinates. Now, with revelations of abuse and harassment by Hollywood’s power elite still pouring out, such comments about “filthy rooms” feel once again out of place.

Can writers’ rooms continue to justify creativity in the name of hashing out “uncensored,” hackneyed, misogynistic personal anecdotes? And can they justify driving away people who stand to bring more diversity and a wider range of experience to writer’s rooms? One of the fallacies highlighted by #MeToo’s revelations is the notion that people need to be offensive, rude, or otherwise fucked up in order to be creative—that making other people feel like shit while they’re trying to do their jobs is a necessary part of the process. We can agree that creativity should allow for unboundedness, but isn’t it possible to both be creative and to also make sure creative spaces don’t alienate those who have little power?

Art without consideration is just masturbation—coincidentally, a mimed activity that Lyle noted occurred frequently in the Friends writers’ room, complete with sound effects. In Hollywood, television is where writers can most often shine, where they have time and space to build character arcs and complex narratives that unfold across a dozen or more episodes. Television is expansive in its storytelling, and it’s important to think about how the rooms where these stories are shaped are or aren’t working.

We can’t rely solely on the folks who currently occupy the chairs in those rooms to tell us that the way they’re running things is how it’s always been and should continue to be; in many cases, those are the same people who have reinforced the industry wisdom that sexual misconduct is no big deal. What we’ve seen with the #MeToo and #TimesUp movements is that it’s an enormous task to move the dial on cultural attitudes that have long been acceptable, normalized, and perpetuated.

At the very least, the industry can do its part to acknowledge that a productive, fruitful writers’ room doesn’t require that stale bro sensibilities go unchecked; and to rethink the notion that harmful behavior is just the friendly fire in a creative process. (My own take on Friends is that its biggest offense was that writers were lawfully allowed to be obscene yet couldn’t imagine a New York City that wasn’t white, straight, and premised on the earlier sitcom Living Single). When Lyle’s suit was dismissed, TV writers recall it as a victory against censorship in a sacred space.

The Writers Guild of America, a union that serves screenwriters, wrote a letter of support for the Friends staff more than a decade ago, citing the need for “trust” in the writers’ room. Perhaps as a sign of slow change, the Writers Guild released a statement in 2018 that outlines its zero-tolerance guidelines for workplace sexual harassment. A 2017 study by Color of Change highlighted that 91 percent of television showrunners are white and that two-thirds of TV shows across 18 networks have no Black writers at all; add to this the well-documented gender disparities and it’s clear that the industry’s interest in “diversity” is often just lip service.

Still, conversations about the demographics of writers’ rooms—like those on the podcast Whiting Wongs, on which cohosts Jessica Gao and Dan Harmon address the challenges for writers from marginalized communities—offer some sense of possibility. Once we can admit that a homogenous writers’ room may be an inherently hostile workspace for non-white, non-male writers, not only will we see a shift in how these rooms are staffed—we’ll also see television shows that are better for it.

Backtalk: #MeToo is Here To Stay