Full Spectrum: Artist Meital Yaniv on Carving a Path Out of Trauma 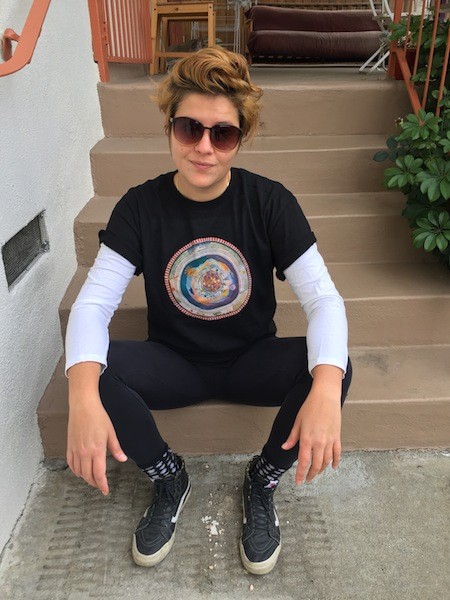 I first met the interdisciplinary visual artist, writer, and filmmaker Meital Yaniv at a one-of-a-kind arts residency called Feminist Summer Camp founded by artist/activist Micol Hebron: an experimental, nonhierarchical, and collaborative consciousness-raising and art-sharing extravaganza attended by openly feminist, women-identified or nonbinary writers and artists on a ranch in rural Utah. Born in Tel Aviv, Israel, Yaniv left in 2012 to pursue an MFA in the Photo and Media program at CalArts. Together with Eve LaFountain and Ali Kheradyar, Yaniv initiated the 2013 conversation series Feminism Today. She and her Feminism Today collaborators, joined by CalArts faculty Kaucyila Brooke, then started a yearlong, student-run class centered on collaboration and feminist processes; they also implemented an online feminist library.

Yaniv recently published Spectrum for an Untouchable, an experimental book that functions as both a love letter and a breakup letter to Israel. This poetic, autobiographical exploration of trauma uses the metaphor of the color spectrum in its effort to create an in-between language with which to recognize, define, and attempt to cross borders. I recently had the opportunity to talk with Yaniv about her startling, brave, and vulnerable book.

What is your personal and artistic approach to trauma, and how does Spectrum embody this?

In my work I try to find alternative ways for re-experiencing trauma through mirroring of the other, where “the other” can also mean an other within oneself. All of our actions have a cause and effect, and I believe that the only way to get through trauma is to find alternative languages, practices, actions to empower your experience within the conditions of the actual event. A kind of zoom-in, zoom-out, or one step forward, two steps back.

In Spectrum the momentum is one of mounting unease, straddling the line between abandonment and home. This instability is achieved through repetition, a fusion of languages, and a constant shifting between native and foreign perspectives. Its aim is not simply to presume what is wrong with Israel, but instead to examine its form and how it came to be. I wanted Israelis to be able to look at their actions from a less personal perspective—instead of accusing, understanding that we are all complicit.

You made a conscious choice to write this work in English rather than in your “mother tongue.” I’m curious about how you view the two languages and the space between them.

I was born into Hebrew and was raised by Hebrew. I grew up in a right-wing family, and my lifelong journey has been and will continue to be restructuring the language I inhabit. Finding and reconstructing the systematic ideas and webs of my brainwash. I was raised to believe that I deserve to be on the land I was given and defend my being on it by any means necessary. The Hebrew language teaches us to believe that we are better, that we deserve more, that our army is the most humane and only reacts to war, that we are only defending ourselves. If you believe that your life is worth more than others, you can justify many actions through that belief/narrative, and our history and unfortunately our present is full of horrific examples.

The systematic tactics that are used to control our understanding of this war have been routed and layered inside family structures, which makes it almost impossible to see and even harder to speak of. Hebrew contains all of those brainwash webs, so for me there was not really a choice to not write this piece in Hebrew. I knew that in order to write it I would need to use a foreign language, one that [gave] me distance to be critical. For the same reasons, I do not want the book to be translated into Hebrew; I want Israelis to experience it in a foreign language as well.

It’s also important to add that my deconstruction of my brainwash is a lifelong journey, and I choose to stop and create work from the middle steps. Knowing that when I look back at it I will already be completely transformed from the person who made it. I finished writing Spectrum almost two years ago; today I hold a more radical point of view, and when I reread it I get embarrassed at points to relive the naiveté I was holding then. But that is exactly the point—knowing that a lot of the critical theory and books that come out speak from too far away from the actual Israeli experience, I wanted to stop along the way and create from the steps, so a person could have a full spectrum of the transformation.

One of the peculiar qualities of trauma is absence, dislocation, or de-personalization coupled with repetition—being sucked back into the space that exists inside oneself, treading and retreading the fixed channels that trauma carves into consciousness, like a labyrinth with some impenetrable center. Spectrum encapsulates that pairing, but it also seems like you are creating a map not just of trauma, but of a way out of trauma.

One of the definitions of insanity is doing the same thing over and over again while expecting different results. I see a repetition of war tactics controlled by fear, a repetition of a doctrine, a repetition of trauma that is being passed from one generation to the next. I am a third generation to the Holocaust and was raised on the notion that if I ever leave the state of Israel another Holocaust will happen, or that if we won’t attack we will be pushed into the sea: that was my reality growing up. Now after 32 years of living, I see that reality as insanity.

I completely agree with your description of “treading and retreading these fixed channels that trauma carves into consciousness, like a labyrinth with some impenetrable center.” The thing is once you think you’ve found the center, you notice a whole new labyrinth is shaping in front of you. It never ends, but I do think we find tools on our way to make us more comfortable in our endless mazes.

In Spectrum, there is this idea of caging: “In a cage a tiger walks in circles, the same exact circles, starting at one point, ending at the next, over and over again.” There is also an examination of the way that borders are built and maintained mainly in our own consciousness, but also with physical manifestations that contain and divide us—walls, language. There are very real dangers in crossing, in asking another to cross, in risking your life to cross. Is this work itself an act of crossing, a transgression of the very borders it articulates?

I was always fascinated with caged tigers, and they keep popping up in my visual work and writings. I think in a way the caged tiger is me trying to break the cage of my knowledge, education, upbringing, trauma, etc. But the caged tiger is also not just me—like many things in Spectrum, it mirrors one’s journey into one’s own consciousness. And in the same way the borders are real and imagined at the same time, that is also where my own privilege as an Israeli is heightened. I can choose to cross and come back. Yes, I might need to break my own mind borders in order to do it, but I have a choice that is all mine. The danger I’m facing was implanted in me, a brainwash web that is made out of fear.

It’s important to draw a line here and understand that Israel is occupying Palestine, meaning there is only one side that controls the borders, meaning one side has a choice [that] the other doesn’t. And that privilege is something that needs to be acknowledged—even the fact that I get to speak and write about imaginary borders is a completely privileged position.

Spectrum takes the sociological concept of “edgework”—voluntary risk-taking as a means of exploring cultural boundaries—and reframes it not as a choice but as a necessity. In this case, edgework is reliving traumatic events through the lens of the other, measuring experience through what has been lost. So yes, this work itself is an act of crossing and a transgression of the very borders it articulates. I had to cross many borders, physical and mental, in order to be able to make this work.

In light of recent political developments in the United States, is there anything in this work you’d like to amplify for an American audience?

One of the most depressing and sad truths is that most of the world already lives under regimes and governments that do not represent anything they believe in. People have been living like that for years, fighting for their voice to be heard because there is no one else who will speak for or represent them. The United States is officially one of those places now.

Our job as artists is to find new ways to listen to and be heard by people who have different views than us, that’s how real change can occur. For that reason in Spectrum I deal with notions of home and exile, simultaneously reimagining, and questioning them. I write to Israel as if she was a person to make the political extremely personal, and allow the experience of war to exist outside of inherited fear.

The revolution is just beginning, and our fight is endless. I am hopeful by the amount of rolled-up sleeves I see around me, and I believe in our communal tool box. We can do this together. 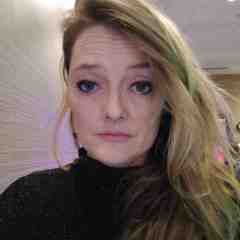 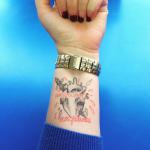