Fumbling toward Ecstasy with a Self-Love Soundtrack 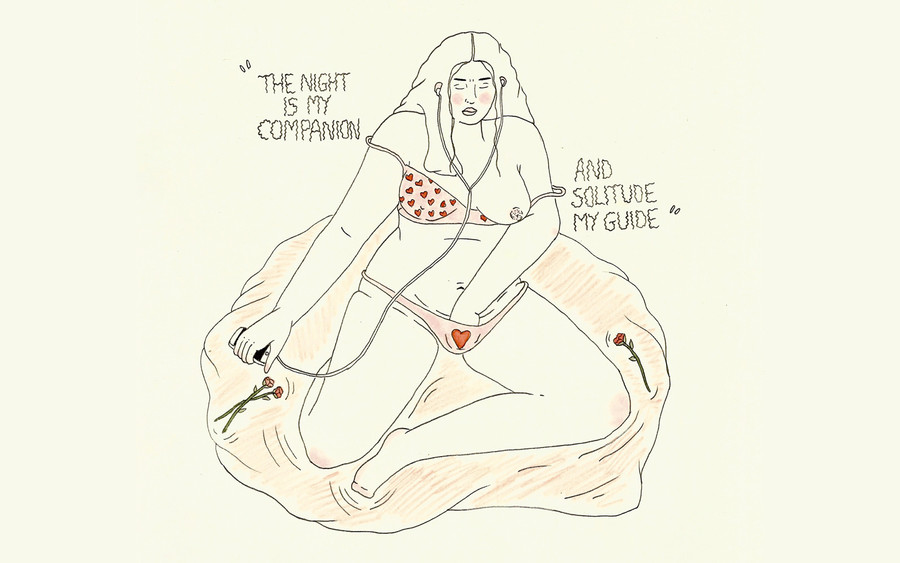 I came to self-pleasure late. I’m not sure why: I wasn’t particularly afraid of my body or ashamed of enjoying it. With my high-school boyfriends, I had an “everything but sex” policy, and I felt okay about it. I thought I’d had orgasms while fooling around, but if I had known what one actually felt like I would have laughed at myself for thinking so. Yet despite my lack of definitive satisfaction, I was strangely insistent that I couldn’t provide this service for myself. My argument, thousands of years of human sexual history be damned, was that bringing yourself to orgasm was as impossible as tickling yourself. Perhaps I was just afraid of what it would mean to be able to do something for myself that my partners could not. I was self-conscious about trying in the first place.

Enter Sarah McLachlan’s Fumbling Towards Ecstasy. I’d owned the album since its release in 1993, but one hot August night in 1995 was different. When I slipped my favorite Canadian chanteuse into my Discman and plugged it into an auxiliary outlet in my giant bat mitzvah–present stereo, I began sinking into the quiet, and, alone with my own body without the need to please or perform, I began to reconsider my assumptions.

Each song walked me slowly through a map of my own body. “The night is my companion, and solitude my guide,” sang McLachlan, and they were. “Plenty” continued to narrate my experience: “In that stillness there was a freedom I never felt before,” she sang, and there was.

Alone with nothing but myself and time, I attempted what I had previously believed was impossible. I took things slow, not judging my own body for its initial lack of response or the natural peaks and valleys it experienced on the journey toward its goal. When I felt that now-familiar feeling of my body giving itself over to sensation, I realized I had been wrong about self-pleasure. By the time I reached the final, undulating title track, nothing existed but me and the music. I had finally found my bliss. Thanks to BMG Music Service’s 12-for-1 CD deal, I procured some key expansions to my autoerotic repertoire. Toad the Wet Sprocket’s 1991 album fear offered the same necessary sprawling, expansive quality as McLachlan’s album, as did most tracks on Counting Crows’s August and Everything After. (The latter had lots of “falling” and “drowning” imagery that aligned well with the ebbing and flowing nature of my arousal.)

The rituals of women’s self-pleasure have become cliché, though they’re often veiled behind a guise of propriety (when did you realize what that “Calgon, take me away!” commercial was really about?). And there’s an assumption that women have to “romance” ourselves even when we’re flying solo (the bath, the flowers, the scented candles). While many women acknowledge that emotional engagement is a key part of their sexual response, for some, including me, taking time isn’t only related to the need for emotional connection—it’s just how our bodies work. That summer—with no one around to judge me, and nearly an hour of music to help me along—I stopped judging myself.

I’ve always been jealous of those people who lose themselves at concerts, eyes closed, swaying to the music as though in a trance. Perhaps it’s my own lingering self-consciousness that keeps me from giving myself over that way in public. Perhaps that same girl who could perform fake ecstasy for her peers, but remained shy about her own pleasure still exists in my consciousness. But in private, I’ve found a way to surrender to the sound as it moves through my body.

There are plenty of ways to get in the mood when you’re alone, but a thoughtfully conceived and well-constructed playlist allows you to carve out a space all your own where you can find and free yourself, where you needn’t fear fumbling.