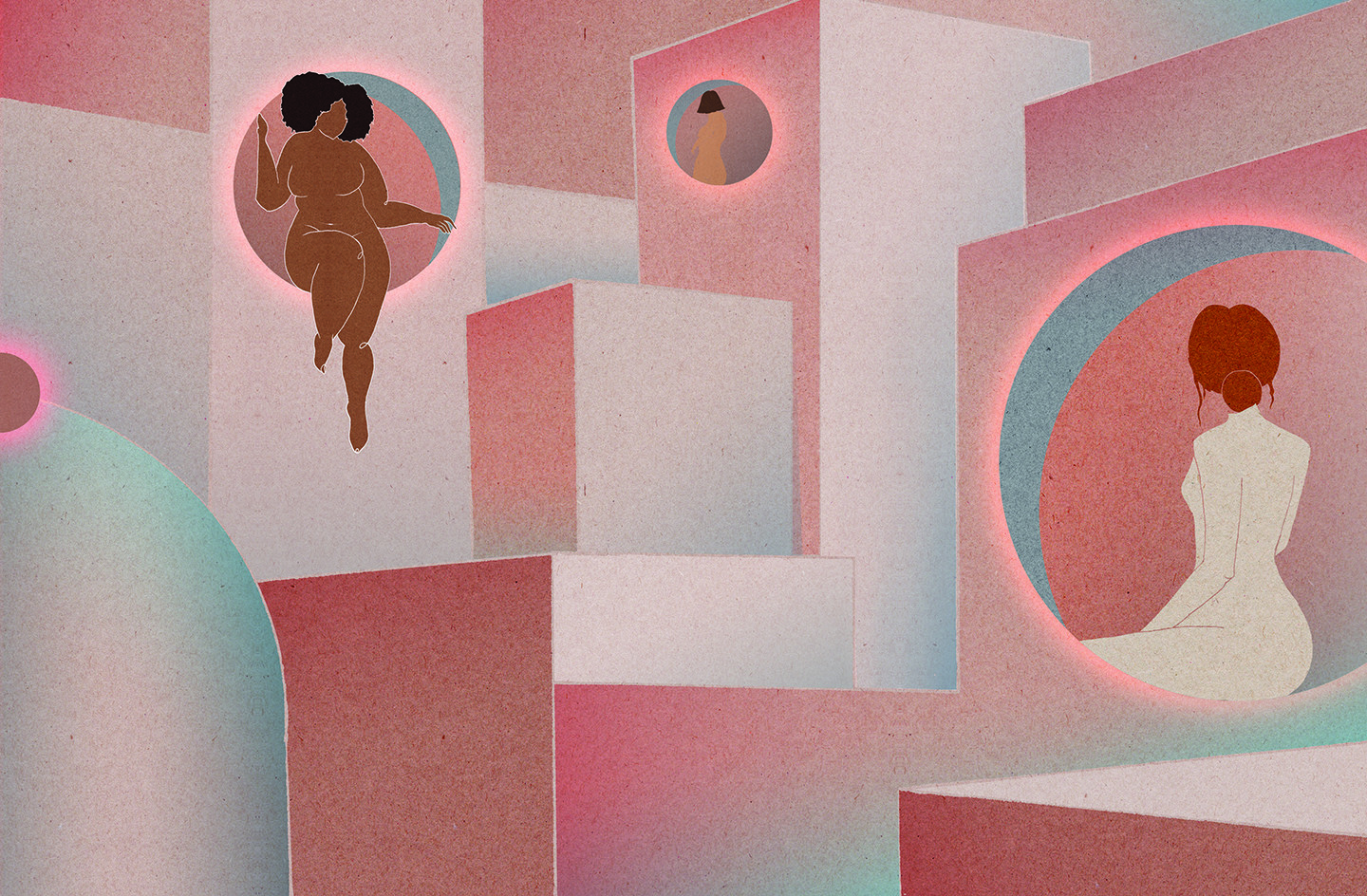 In late April 2018, a 25-year-old man killed 10 people and injured 15 by plowing a van into a Toronto crowd. He claimed to be part of the “Incel Rebellion,” an ideological movement created by incels, or involuntary celibates, men who can’t convince women to have sex with them. Perhaps inevitably, the conversation around incels since has also shifted to include sex work. One unhelpful take on the subject was the May 2018 opinion piece in the New York Times about the “redistribution of sex,” in which writer Ross Douthat ultimately suggested that sex work and sex robots are the inevitable answer to incel loneliness. In response, New Republic staff writer Jeet Heer tweeted, “Here’s the deal: Getting to fuck robots won’t make incels happy because their unhappiness isn’t rooted in lack of sex. It’s rooted in misogynistic anger at not being able to control women.”

Inherent in this conversation about incels, sex work, and sex robots is the issue of power. Given that incels believe that they are owed sex in some form or another—why else would there even be a “rebellion”?—it’s clear that these men desire to flex their power over others, particularly women. In their perhaps unintentionally ironic support of this ideology, the very people who oppose the decriminalization of real-life sex work claim it’s because sex work is inherently tied to misogyny and the objectification of women. But sex robots, designed primarily for the pleasure and benefit of men, are discussed gleefully, a promise that “real” women—who incels already view as “cum dumpsters” and “femoid pieces of trash”—will no longer be necessary, and every man can have all the pleasure he wants without the hassle of another person.

Here’s the question that springs to my mind when I think of all of this: What does it mean to remove the human element from sex? Though the term “automation” didn’t come into use until 1936, according to a 2014 paper by author and engineer Katsundo Hitomi, it was the Industrial Revolution that truly put machines and mass production on the map: In order to increase manufacturing productivity and efficiency, Hitomi writes, the “human” factor needed to be replaced—or at least supplemented—by robotic technology. Between 1993 and 2007, the use of robots increased fourfold, resulting in a ratio of approximately one industrial robot to every thousand workers.

According to the International Federation of Robotics, in 2016 there were 189 robots for every 10,000 U.S. workers in the manufacturing industry; between 2017 and 2020, they estimated that robot sales will increase by an average of 15 percent each year. Put another way, according to a March 2017 MIT study, for each robot per 1000 workers, the U.S. national unemployment rate increases by 0.18 to 0.34 percent and wages across various sectors drop by 0.25 to 0.5 percent. Automation may not be new, but as technology prices drop and advancement continues, the face of it changes. It’s not just about robots we can program; it’s about robots who will program themselves.

Artificial Intelligence, or AI, blends these mechanical workers with state-of-the-art software, and though the human-robot interface is at the crux of many a futuristic sci-fi movie, this hybridization is already here—and is here to stay. This fact of modern life means that many industries that currently depend on human labor have to consider the ethical implications of roboticizing their workforce. Take the sex industry. If you consider the growth of the sex-toy market over the past few decades, automation is already having a measurable impact. A February 2018 Wired article noted that sexual technology is a $15 billion-per-year industry that has blossomed far beyond flashy vibrators and plastic vagina-like sleeves and segued into technologies such as teledildonics—a remote form of masturbation where you and your partner are linked via Wi-Fi to sex toys that can be activated by your partner.

As Julie Beck pointed out in a history of man-on-doll sex published in 2014 in The Atlantic, these initial apparatuses didn’t make any attempts to resemble actual humans. It wasn’t until 1997 that sex dolls became what we know today: Matt McMullen, the founder of RealDoll, went all in to advance the realism and usability of sex dolls. At a starting price of around $5,000 for the first RealDoll models, it took only five customers to launch the company; by 2015, McMullen had sold more than 5,000 of his creations at prices ranging from $5,000 to more than $50,000 dollars as the technical sophistication, functionality, and realism of the dolls increased.

These days, Abyss Creations (RealDoll’s parent company) isn’t the only high-end sex-doll player in the game, but it is one of the few with a robotics component. Abyss’s Realbotix division recently launched Harmony AI, a sort of sexy Siri. As an Android app, Harmony AI can be used on its own, but is meant to be paired via Bluetooth to Realbotix’s Antimagnetic Facial System, which allows customers to swap doll faces via magnets without any loss of functionality in their pretty, if not completely realistic, noggins—which themselves have the ability to move their lips, eyes, and necks. Though there’s no official release date for the Animagnetic Head, Realbotix is accepting preorders, and the numbers coming in make it clear that this head upgrade is already a coveted component in the evolution of sex dolls.

In 2015, futurologist Ian Pearson published his “Future of Sex Report,” which suggested that innovating shiny new ways for people to get off is a top tech priority. Pearson predicts that virtual reality (vr) sex will be a household norm by 2030; by 2035, most people will own sex toys that interact with VE programs; and—this one set the media aflame—that robot/human sex will become more popular than human/human sex by 2050. In fact, sex-doll brothels already exist in Germany, Spain, Austria, Japan, South Korea, and France; there have been rumors of a café in London set to offer robotic blowjobs alongside its beverages, but little word on how that project is progressing.

Judging from the backlash against these establishments by both politicians and citizens, often expressed by tabloid media from those countries, we’re definitely not yet in a place where human/robot sex is NBD: LumiDolls, the company behind the Barcelona brothel, had to move its storefront, and workers now disclose its location only to paying customers; a motion last March before the Paris city council advocated for the closing of local “game center” Xdolls. (The motion ultimately failed.) Putting aside for a moment the ethical, moral, social, and legal implications of businesses that peddle automated sex—and there are many—we must also explore the tangible impact of sexbots on real-life sex workers. While more than a few scholars loftily hypothesize about a future where human sex workers are forced to compete with their robot counterparts, sex workers themselves have varying opinions.

Liara Roux, a sex worker and decriminalization advocate, points out that the question isn’t simply about the merits of sex with humans vs. sex with robots, but about capitalism itself. “The idea of robots replacing sex workers is a [labor issue] that is confronting society as a whole, with the word ‘sex’ in it to make it spicy. We need to create a safety net for every laborer in every industry,” Roux wrote in an email interview. “Just as people now who cannot afford to or choose not to prioritize spending on sex workers tend to consume less expensive options like porn, the end game for automated stimulation is mass consumption.” For many people, Roux argues, sex work “is usually about a connection with a real person on an emotional level;” often sex workers see robots as just another specialized tool of the trade, noting that such automatons might also be used by human sex workers “to augment the experience.”

Roux’s sentiments are echoed by Lola Balcon, a community organizer with the pro–sex-work advocacy organization Survivors Against SESTA. “A lot of sex work is emotional labor, helping a client process their day or [get] through a major life event,” she writes. “There’s nothing special about the sex industry in terms of what level AI needs to reach to substitute for human labor. Just [as] in other emotional labor–heavy industries, when AI development reaches a point where another human is fully satisfied with its empathy, listening, and imaginative skills, AI can begin to substitute [for] some of the work sex workers do.” 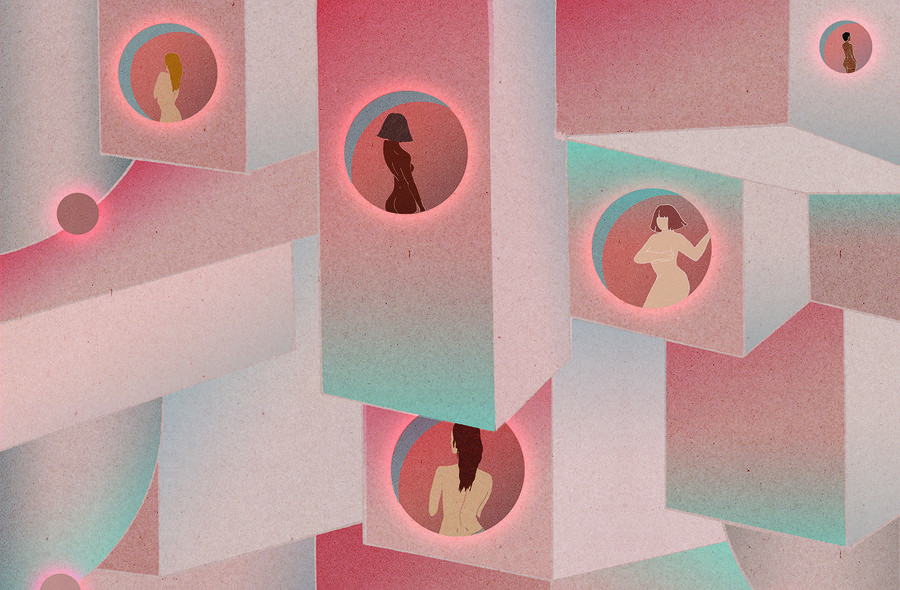 Then there’s Torri, a self-described stripper who finds sex robots “sad and pathetic” but doesn’t think they’ll seriously harm the sex industry as a whole. “[Sex robots] make me angry,” she admits, because they offer “the realization of a man’s dream to have a Stepford Wife, a programmable woman that [lets] them feel loved without demanding a single iota of consideration. [The] idea of creating a whole person to fulfill your sexual appetites and emotional needs…it’s a bit of an abomination.”

Torri understands that there will certainly be men who are all for sexbots, and wonders if there will be a ripple effect with certain types of people—perhaps men like those who identify as incels, though she doesn’t mention them specifically. “Increasingly realistic sex robots run the risk of hardening such men’s attitudes toward human women. They already see women as subhuman, and now we’ll have actual subhumans programmed to mimic us as much as possible. The line between us would be all but erased in the minds of men who already see women and children as objects.” (That said, the fact that her clients require so much emotional coddling means she’s not too worried about being made redundant: “I’ll feel threatened when a sex robot can have an [empathetic] conversation about a marriage that’s crumbling after 25 years.”)

One of the fixes often proposed for incel men is that they might turn to professionals for sex—a “solution” that further dehumanizes sex workers by suggesting that they act as a sort of sexual punching bag for men whose problems are not about sex but about entitlement to women’s bodies. So when I ask Roux the question on my mind—will sex work eventually become dominated by AI-supported sex robots, leaving behind the “ghosts” of human sex workers?—Roux points out that the question itself is problematic: “Actual sex workers are [already] suffering and dying under unjust legislation and the dehumanizing aspects of tech companies.”

Balcon knows sex workers who have become homeless because of SESTA/FOSTA, the recent legislation intended to curb trafficking that in reality threatens the daily lives and livelihoods of sex workers. “This is a cool theoretical discussion to have,” says Balcon, “but the presence of sex robots will not fundamentally change the hatred and stigmatization of sex workers.”

Sexual labor is stigmatized in a way that no other field of work is. In other fields and industries, there’s at least some anxiety and discomfort at the idea of robots taking away jobs from humans; only in a profession as divisive as sex work is there even a consideration that a future industry populated mainly, if not entirely, by robot workers may not be a bad change. We live in a society where we wring our hands over food-service workers and government employees replaced by automatons but shrug when the same begins to happen to a group whose labor is already so marginalized. Certainly robots will affect the nature of sex work, but the stigma against the sex industry and those who work in it won’t change until people put the same amount of effort into supporting existing sex workers as they do into creating new avenues for mechanizing them. 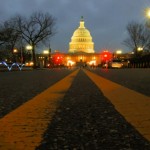 by Kitty Stryker
The new law isolates sex workers who depend on online forums for advice, safety information, and community.