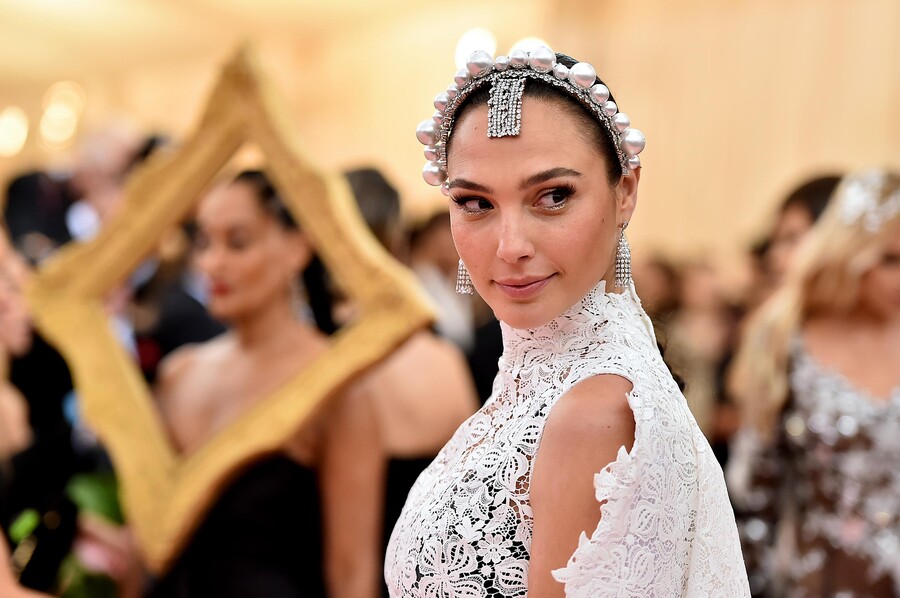 In October, when Paramount Pictures announced that Gal Gadot would be the next Cleopatra in a new film—one of many films about the Egyptian ruler—the internet was once again aflutter with accusations of Hollywood whitewashing Cleopatra’s legacy. For Teen Vogue, op-ed writer Fareeha Molvi explained, “In re-interpreting Cleopatra’s story through the lens of women’s empowerment, the decision to cast yet another white-passing woman for the titular role fails to actually move the needle forward.” Then, as is par for the course, counterarguments sprung up arguing that: Well, Cleopatra came from Macedonian Greek ancestry, and therefore maybe she was white. Twitter went back and forth on whether or not the casting was offensive, but for me, as an Egyptian woman, this specific casting stung a bit more than the usual Hollywood whitewashing we’ve become largely used to.

Most people know Gadot from Wonder Woman (2017), the film that launched the Israeli actor into the spotlight. However, in 2014, three years before Wonder Woman hit screens, Gadot made headlines for her pro-Israel, anti-Palestine politics. A former member of the Israel Defense Forces (IDF), Gadot uploaded a photo to Facebook with the caption, “I am sending my love and prayers to my fellow Israeli citizens. Especially to all the boys and girls who are risking their lives protecting my country against the horrific acts conducted by Hamas, who are hiding like cowards behind women and children…. We shall overcome!!! Shabbat Shalom! #weareright #freegazafromhamas #stopterror #coexistance [sic] #loveidf.” Though the caption itself may seem warm, wishing well on the women and children who are a part of the Israeli occupation of Palestine, it ignores the historically horrific actions of the IDF, which have contributed to the genocide of the Palestinian people on their own land. Egypt, too, has had a long, up and down history with Palestine, but the two nations share a rich cultural background, so to see Gadot, a white woman who supports the bombing of Arabs, cast as ancient Egyptian royalty—rather than an Egyptian woman who would be more fitting for the role—was highly offensive, to say the least. As one Twitter user wrote, “[S]hame on you, Gal Gadot. Your country steals Arab land [and] you’re stealing their movie roles.”

Of course, Gadot isn’t the first white woman to be cast as Cleopatra. Elizabeth Taylor was famously cast as the titular character in a 1963 film. (A 2011 NPR story remembering Taylor notes it was a “a role some felt should have gone to an actress of color.”) Cleopatra, in fact, has been something of a cultural obsession for more than 100 years, since the first onscreen depiction in 1899, the French silent film Cléopâtre. Since then, 24 other Cleopatra films have been made, in addition to the innumerable depictions of the ruler that have appeared in art, television, advertising, games, literature, ballet, opera, and more. I even dressed as Cleopatra for a Halloween costume at age 8. The world, it seems, is perpetually infatuated with the Egyptian queen. Cleopatra was the last active ruler of the Ptolemaic Kingdom of Egypt and a descendant of Ptolemy, a Macedonian Greek general who ruled Egypt after Alexander the Great. While we know that her father was white, little is known about Cleopatra’s mother.

A 2009 BBC article citing researcher Hilke Thuer of the Austrian Academy of Sciences states that “remains of the queen’s sister Princess Arsinoe, found in Ephesus, Turkey, indicate that her mother had an ‘African’ skeleton.” Additionally, a recent Newsweek article quotes Johns Hopkins University Professor Betsy M. Bryan, who studies Egyptian Art and Archeology. “The mother of Cleopatra has been suggested to have been from the family of the priests of [the ancient Egyptian city of] Memphis,” Bryan told Newsweek. “If this were the case, then Cleopatra could have been at least 50 percent Egyptian in origin.” And in the same article, Egyptologist Dr. Sally-Ann Ashton states, “If the maternal side of her family were indigenous women, they were African; and this should be reflected in any contemporary representations of Cleopatra.” She added, “Filmmakers should have considered an actor of mixed ancestry to play the role of Cleopatra.”

Cleopatra’s story is undeniably interesting, but there are far more interesting and successful women rulers of ancient Egypt. Yet, we have seen Cleopatra’s legacy and story represented endlessly. So the question, then, is why Cleopatra? What does Hollywood see in her that they don’t see in other women Egyptian rulers? As I parse through the arguments on Twitter about whitewashing and think about Gadot, the anti-Palestine white woman cast to play my ancient Egyptian ancestor, the answer seems to be clearer than ever: whiteness. Cleopatra, unlike the other rulers of Egypt, is of Greek descent, which granted her proximity to whiteness. Ancient Egyptians were not white, though there is much dispute about how dark- or light-skinned they actually were, given the lack of DNA available for testing. But since Cleopatra herself specifically had whiteness in her blood, it makes sense that Hollywood would see no problem with casting yet another white woman to play her. Her blood acts as an excuse that covers the fact that they probably wanted to hire a white actress for the role to begin with. As America continues its obsession with whiteness, the captivating histories of other women pharaohs like Hatshepsut and Nefertiti remain untold.

Cleopatra’s marriage to a member of the Roman Empire granted her an additional cover of whiteness. The Egyptian queen, in addition to being one of the few women rulers of Egypt, was also known for her affair with and eventual marriage to Mark Antony and his reliance on her for military funding. Therefore, instead of financing and greenlighting a story about people of color—ancient Egyptians with African blood—Hollywood would rather continually focus on the whitewashed queen, her white husband, and her relations with other groups of white people in the Roman Empire. The fact that her skin was likely paler than that of the people she ruled makes her beloved by the world today in a way that the darker-skinned rulers are not, in spite of the respect and power they maintained during their reigns.

By making another film about Cleopatra and casting another white woman, Hollywood perpetuates the notion that the past, present, and future belong to people who are white.

Take Sobekneferu, who is believed to be the first female pharaoh of ancient Egypt. She ruled during a period of unrest and anarchy, ordering the building of temples and pyramids while donning her kingly regalia and false beard, thereby inspiring the next female pharaoh, Hatshepsut. Hatshepsut became queen at age 12 when she married her half-brother Thutmose II; less than seven years later, he died and Hatshepsut became pharaoh, taking full control of the kingdom. She is considered to be not only one of the most successful women pharaohs of Egypt but one of the most effective rulers in Egyptian history, having overseen the expansion of trade and launched a sea voyage to the northeast coast of Africa. She also developed a number of building projects, including the still-famous temple in Luxor, and to consolidate her power, she ordered that all official depictions of her feature the traditional regalia and symbols of the pharaoh, including a false beard.

And of course, there’s Nefertiti, who ruled Egypt alongside her husband, bringing monotheistic religion to the country. The couple pushed for the worship of one god, the sun god Aten, steering the kingdom away from polytheistic belief. During their reign, Egypt flourished, and there is evidence that Nefertiti continued to rule the kingdom even after her husband’s death. Despite the history of these powerful Egyptian women, not a single one of them has had a film made specifically about their life or named in their honor, and for the most part, they are barely mentioned in pop culture as a whole. For ancient Egypt, women rulers “were the salvation of their people again and again,” Egyptologist Kara Cooney wrote in a 2018 article for National Geographic. “When there was a political crisis, the ancient Egyptians chose a woman time and again to fill the power vacuum—precisely because she was the least risky option.” By this, Cooney means that Egypt was most stable during periods of women’s rule, with less war and turmoil, thereby maintaining the power structures in place at the time.

While Cooney’s argument delves into stereotypes of men in power versus women in power, one thing is clear: The ancient Egyptian queens were highly successful and highly influential. Their stories are captivating and speak to an idea of women as powerful and strong leaders. Yet, when we continue to focus only on Cleopatra and her affairs with white men, we lose the rich cultural history of Egypt and North Africa as we retell, over and over, the stories of white Europeans. Egypt becomes, then, simply a subplot in the greater story of European power. By making another film about Cleopatra and casting another white woman, Hollywood perpetuates the notion that the past, present, and future belong to people who are white, and one can’t be a main character unless they’re also white. 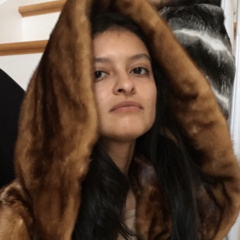 Deena ElGenaidi is a writer based in Brooklyn. She wrote, directed, and produced the comedy web series Codependent, and she is completing a novel about Egyptian-Americans living between two cultures. Her writing has been featured in Nylon, MTV News, Oprah Magazine, Longreads, Electric Literature, and more.