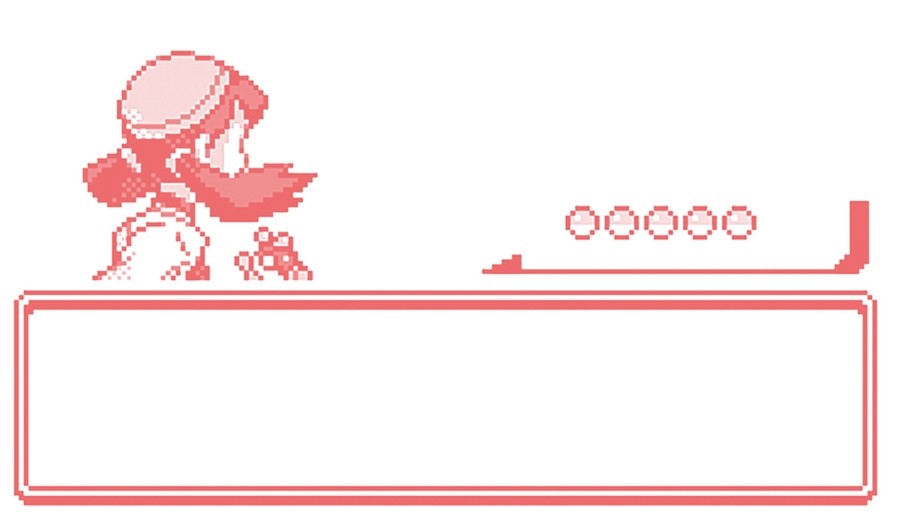 My 12-year-old eyes squinted. I regarded, with amazement, the words of the Pokémon Crystal game I had turned on just seconds before.

This was 2001, when character customization was unheard of. Through a combination of technology limitations and programmer inhibitions, most games in the early 2000s were linear: You played as one specific character and followed a focused storyline from that character’s perspective, usually a male-dominant social narrative. Pokémon ignored this paradigm because it veered away from typical video game tropes—there’s no princess to save or guns to shoot. As the player, you simply travel around the Pokémon world collecting the titular monsters.

I was so used to being forced to play loud, gun- or sword-toting tough guys in video games that the silent protagonist in every Pokémon game comforted me. Somehow the game seemed less violent and more dreamlike because my character had no dialogue. The game’s narrative was also intentionally minimal, letting my imagination fill in all the empty cracks when I talked to other characters. In most of the popular games from that era, the setting was either modern warfare or fantastical Merlin-like myth, with strict lines drawn between characters, genders, and personalities. Pokémon diverged strongly from this by featuring a child protagonist on which you could imprint any personality.

I remember the first Pokémon character I played as a kid: a peace-loving swimmer from hippie parents who traveled the world with fish Pokémon. There is some violence inherent to the Pokémon world, which is problematic in its own way. However, fights are expected when your friends are sentient lamps that nibble on human souls, radioactive slugs, and smiling piles of toxic waste, right? (Those are actual Pokémon, by the way.) The designs of individual Pokémon characters just screamed queer identity to me. Pokémon are colorful, quirky, and fun, and they are either fantastical versions of real-life animals or living, inanimate objects. There are hundreds of Pokémon species to collect, adding to the customization in each game, as well as several types—like Fairy and Water—that further define each monster.

But the minute I read the game’s opening dialogue, thinking about all the cool Pokémon I was about to befriend took a backseat. The game’s gender question deeply agitated me the more it flashed in front of my face. I didn’t know which option I should choose. Neither felt right. Though largely ignorant of gender and sexuality at 12, I knew enough to know I was different from everyone else in my life—especially because I disliked being boxed into categories. It felt totally arbitrary, even at age 12, to assume I was this way or that way because I’m designated male.

Video games are an opportunity to avoid or even entirely redefine these gender barriers in a safe, exploratory way. There was safety and happiness in a game like Pokémon that didn’t force me to play as a certain character from the get-go. Although Pokémon is far from perfect and still asks players to pick either a “girl” or “boy” player character (you can make characters who “look” nonbinary or androgynous, however, which is a comforting difference from other games in which the only options are beefy men and small women), the very concept of having a choice was revolutionary to my mind—a gate opener. It seemed like many other popular games in the years that followed were influenced by Pokémon’s approach to open-endedness, such as The Elder Scrolls, The Sims, and World of Warcraft. Over time, personalization in video games grew to encompass even more customization options, such as picking a character’s body type, clothes, hairstyle, and eye color. Video games can be just as effective safe space for lgbtq bodies as any physical spaces. Using video game fantasy shielded me from dysphoria.

Eventually, I selected “girl.” It was an instinctual button press. The girl character’s pixelated pigtails bristled in the only shade of blue—an azure closer to black than anything else—that a Game Boy Color could manage. I didn’t think about the reasoning behind my choice then, but it seems clearer to me now. Navigating Pokémon Crystal’s world as a girl was easy and felt more natural, to some degree, than making my way through it as a boy. I always felt it was more acceptable for girls to have a fluid identity like mine. In Pokémon, gender selection is basically aesthetic, and the game plays out the same either way. The characters you encounter from start to finish react to a male player the same way as they do a female one (in other words, it’s not like the real world at all!).

As video games evolved throughout the 2000s, so did my identity. I went from an existential unknown to a mass of nonbinary circuitry in a matter of years. At the tail end of middle school, my interest in Pokémon disappeared in favor of online MMOGs (massively multiplayer online games)—large, interconnected worlds with diverse player bases. In mmogs, you can play as any character you want, and you can change characteristics—from gender to personality. Marginalized communities, in particular, usually find it easy to network with peers because so many of us are attracted to these games and the freedom they promise. Many MMOGs have visible LGBTQ communities, which serve as alternatives for people who do not have “in-person” communities to bond with.

The games themselves interested me less than the communities within them. When non-gamers hear “online games,” they might think “blood, guns, and points.” I think “freedom, connectedness, and creativity.” While online message boards are an alternative to mmogs, the joy of navigating a bright, fantastical world with other people wins out. mmogs are simply a more immersive experience. The systems coded into most mmogs make it easy for anyone to find a group of players, called a “guild,” by interest or topic, including LGBTQ. Sneaking into a dragon’s lair with a group of other queer identified people from every corner of the real world happens frequently on my computer screen. It’s even common for these in-game friendships to persist in the real world, thanks to online voice chat and social media.

It was through a text-based mmog—the popular, sensual playground Shangrila—where I first networked with a strong LGBTQ community. Shangrila’s primary purpose was for collaborative erotica, but it had naturally become a haven for marginalized identities. Though some of the practices on Shangrila shocked me a bit, the juxtaposition of nonheterosexuality with kink inspired empathy and even light participation on my part. These were my friends, my allies—and amazing writers, to boot—and we explored this fluidity in a safe environment. Indeed, the S&M subculture is often paired with the LGBTQ community because of similar marginalization.

If Shangrila and Pokémon taught me anything, it’s that identity is much easier to develop and grow when you’re surrounded by accepting, empathic people. Identity is suppressed in ignorant environments, and because it’s so difficult to find like identities in person, online games create a virtual safe space for marginalized people. I don’t want to think of what my life would be like without the personal exploration video games allowed me; I certainly wouldn’t have felt comfortable seeking out in-person safe spaces like the local LGBTQ center if I hadn’t first developed or cultivated an identity through interactive games. The beauty of intersectionality is also alive and well in mmogs. Since everyone plays together in one virtual world, communities are essentially desegregated and need to learn how to work cooperatively if they want to “win” at the game portion: completing missions, defeating bosses, and so on. In this respect, nonmarginalized communities come into more frequent contact with us marginalized folks.

The empowerment online video games offers to people struggling to find a communities offline is immense. Not everyone has a support system, and many LGBTQ folks live in repressive environments. While harassment online is still a massive problem, particularly for women and people of color, marginalized communities have more avenues to combat offenses. Post-Gamergate, mmog developers are more committed to banning problematic players and generally take reports of misogyny, racism, and other inexcusable behaviors seriously.

Looking back at my formative years, I recognize them as the most troubled time of my life. But this recognition is also complemented by surging fondness: the thrill of self-discovery and finding one’s place in an accepting community.

To think it all started with a Poké Ball and a pixelated flick of the wrist. 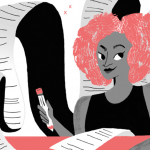 by Roberta Nin Feliz
There are infinite ways to be Black, and in You Can't Touch My Hair Robinson deftly illustrates her own.