Scully, the VictimThe Legacy of Gendered Violence on The X-Files 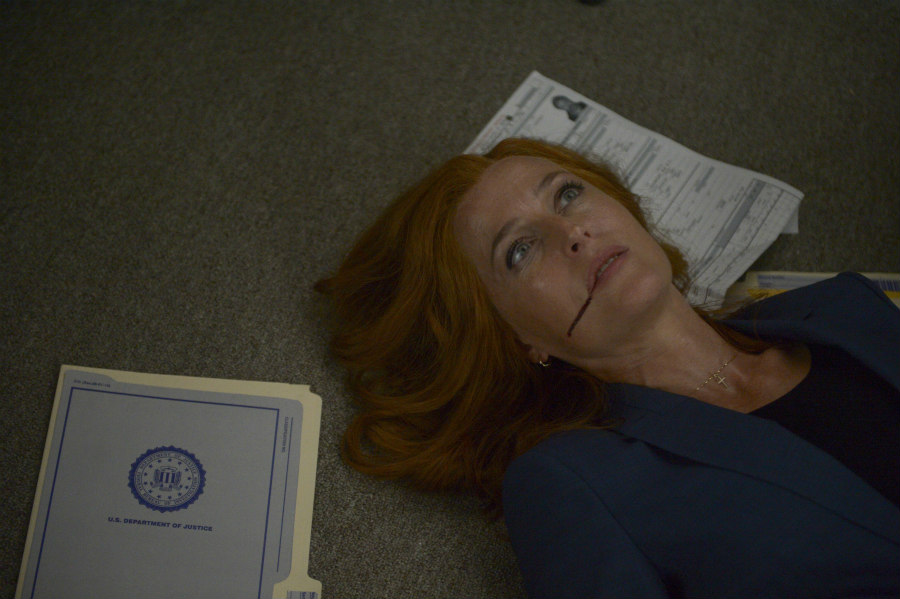 Gillian Anderson as Agent Dana Scully in the My Struggle III episode of The X-Files (Photo credit: Sergei Bashlakov/FOX)

“When I was pregnant, when I had my baby—was I just an incubator?” Special Agent Dana Scully (Gillian Anderson) asks her partner, Fox Mulder (David Duchovny), in the penultimate episode of The X-Files’ 10th season. “You’re never ‘just’ anything to me, Scully,” Mulder replies. In light of The X-Files’ Season 11 premiere, this exchange now evokes a horrible frisson of irony. “My Struggle III” closes with Cigarette Smoking Man, the show’s unkillable antagonist, revealing that he impregnated Scully “with alien science” so he could be the biological father of a child with an immunity that will save the world—or at least his “chosen few.” Scully was just an incubator to the Cigarette Smoking Man, and Mulder’s sentiment is as trite and meaningless as Mulder himself.

Scully spends the beginning of “My Struggle III” in a medical coma. Upon discharging herself from the hospital, she collapses once in her office and then again while driving, causing her to crash her car. When she returns to the hospital, Mulder has to save her after she’s attacked. Throughout the episode, Scully’s not active in her own story, she’s acted upon. I felt a dawning sense of horror and recognition while watching the final minutes of the “My Struggle III.” At its core, The X-Files has always been about structural violence, trauma, and violence against women. Has the show finally gone too far with its incisive, sometimes morbid preoccupation with the intimate harms inflicted on women? The feminist internet’s response to “My Struggle III” was quick: This retcon constitutes medical rape, and we do not trust Chris Carter to write it. In a recap of the episode, writer Kelly Connolly pointed to the show’s long history of coyly skirting rape, like when a Frankensteinian monster allows his father to impregnate women on his behalf because he’s lonely in season 5’s “The Post-Modern Prometheus.” Sexual assault on The X-Files is also often the source of absurdist humor, such as in Season 4’s “Small Potatoes,” where a man with shape-shifting capabilities disguises himself as women’s husbands in order to sleep with them.

The abduction narratives that have formed The X-Files’ narrative “mytharc” have always tracked uncannily alongside the trauma theory outlined by Cornell University English professor Cathy Caruth’s seminal 1996 work “Unclaimed Experience: Trauma, Narrative, and History.” Caruth characterizes trauma as a violent event that is “experienced too soon, too unexpectedly, to be fully known and is therefore not available to consciousness until it imposes itself again.” The psyche is so wounded that the mind cannot process it until it makes itself inescapably known, becoming the “wound that cries out.” In The X-Files, an alien-government consortium is responsible for abducting an untold number of people, but the show particularly focuses on women who have been abducted.

In the pilot we learn that Mulder’s sister, Samantha, vanished when she was 8. Scully is abducted in both season 2’s “Duane Barry” and “Ascension,” and in season 3’s episode “Nisei,” she meets a group of women in Allentown, Pennsylvania, who claim to recognize her from this missing time. The abduction itself is a blank space in her memory, the painful contours of which haunt her and give shape to her life as an abductee. It, like trauma as defined by Caruth, cannot be fully known, and therefore cannot be processed or healed. In season 2, six short episodes after Scully’s abduction, The X-Files’ presented arguably its most frightening monster-of-the-week: Donnie Pfaster (Nick Chinlund), a man who hates women.

Pfaster desecrates the bodies of dead women and escalates to kidnapping and murdering women before he finally abducts Scully. Even before they meet, Scully starts having premonitions in which she sees her own face superimposed on the bodies of women he’s harmed. While the men call Pfaster’s crimes “unbelievable,” “inhuman,” and indicative of an “unfathomable hatred of women,” Scully is more blunt and weary. In the only conversation between two women in the entire episode, Scully says that “the world is as full of predators, just as it has always been.” This episode gives weight not only to Pfaster’s violence against women, but to the violence that structures women’s experience of the world, “Irresistible” by focusing on premeditated abductions that target women and a male predator who does the same.

“Irresistible” was immediately followed by “Die Hand Die Verletzt,” season 2’s horrific Halloween episode about a young girl recounting an assault. After Shannon Ausbury (Heather McComb) has a breakdown while dissecting a pig in science class, she tells Mulder and Scully that she’s being physically and sexually abused by her Satanist stepfather. Eventually, Shannon dies, and her stepfather professes his love for her and insists that she and her sister were never physically or sexually harmed. Amid crashing thunder and indistinct religious chanting, the episode leaves no space for grieving for Shannon because we’re expected to shift our sympathy toward her stepfather. The final scene undercuts the seriousness of her trauma. Watching these episodes one after the other feels dissonant; the care and horror of “Irresistible” doesn’t match the rush of “Die Hand Die Verletzt.” They represent two parallel perspectives that emerged around trauma in the ’80s and ’90s: Does the vagaries of recollection occur because of great violence or great delusion?

I can’t stop returning to this moment of tension as I process “My Struggle III.” The retroactive imposition of the Cigarette Smoking Man’s assault on a feminist cultural icon—a sterling representation of women’s strength, intelligence, and integrity—is horrifying. The X-Files’ writers didn’t just write in a new storyline, but amended an episode that aired 17 years ago to violate Scully. Yet the feeling of horror that I and so many others are experiencing is difficult to comprehend because The X-Files has always explored the invasion of women’s bodies. The original series returned repeatedly to the trauma of abductees in order to explore the intimacy of violence, notably through Scully’s infertility and cancer.

In this sense, trauma in The X-Files has always been about gendered and reproductive violence. As early as season 2, we learn that branched, non-human DNA was inserted into Scully’s genetic material while she was gone. During Scully’s abduction, she was impregnated, her egg cells were removed, and cancer “aggressively [invaded her] body, advancing faster each day towards the inevitable.” Considering all of this, The X-Files’ can only be understood through the violence it imposes on women, the infringement of their bodily autonomy, and the resultant traumas. “My Struggle III” coheres to this theme. Why then are we so outraged now?

For all of its failures, The X-Files always made Scully the primary agent in her own story. Yet the exact opposite is true in “My Struggles III.” While Mulder runs around pointing guns at people and seeking the truth, Scully spends the episode either in a coma or making medically unsound decisions, which is abnormal for her. Scully also spends the vast majority of season 2’s “One Breath” in a coma after mysteriously returning from her abduction, but the entire episode revolves around her experience in some nebulous spiritual elsewhere—just off the shores of life or death—and her decision to live. In the fourth season’s “Memento Mori” episode, Scully discovers that the abduction has caused her to develop an inoperable cancer. While Mulder carries the tangible action of the episode, Scully’s arc feels more important as she weighs her options, connects with another abductee, and ultimately decides to rededicate herself to her work. “I’ve got things to finish,” she says at the close of the episode, “to prove to myself, to my family, but for my own reasons.” Each of these episodes is structured around Scully’s decisions, autonomy, and agency, so why haven’t those vital parts of her character carried through the show’s revival?

In a recent interview with Entertainment Weekly, Carter defended the episode by saying the Cigarette Smoking Man is “the figurative father, if he’s not the actual father. He didn’t rape Scully. He impregnated her with science.” This is a false distinction. Unconsenting impregnation is sexual assault. I came to The X-Files as a teenager, and as a survivor of violence, I was enraptured by the careful way that it navigated the experience of unspeakable and unspoken. How can we attend to harms we’ll never fully grasp? How do we move forward? Sometimes answers matter less than the ability to ask the question in the first place. The most important moment of The X-Files isn’t one of Mulder’s long, contemplative monologues. It’s in the third episode of the first season, when Scully is asked, “Whose side are you on?”—meaning the department or Mulder, rationalism or belief, convention or the truth. “The victim’s,” Scully replies.

At this point, though, The X-Files is beginning to feel traumatizing. While I used to find faith, catharsis, and answers in the show’s engagement with violence, after 20 years of bodily harm directed at its female lead, it’s beginning to feel less insightful than it does punitive. As if this is the cross Scully must bear in exchange for being so strong and intelligent, for having so much integrity, for meaning so much to so many women. The reiteration of these violences over 11 seasons is tiring, and most importantly, it’s bad storytelling to tell the same stories again and again and beat your audience over the head with the inevitability of violence. The remaining episodes won’t have to rise to this reveal. They’ll have to overcome it. 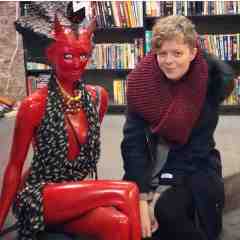 Sadie Graham is pursuing a Master's degree in cultural studies somewhere off the Great Lakes, studying trauma, girls, and ghosts.

Relevant: My Summer With Agent Scully 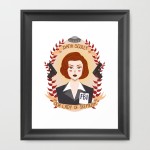