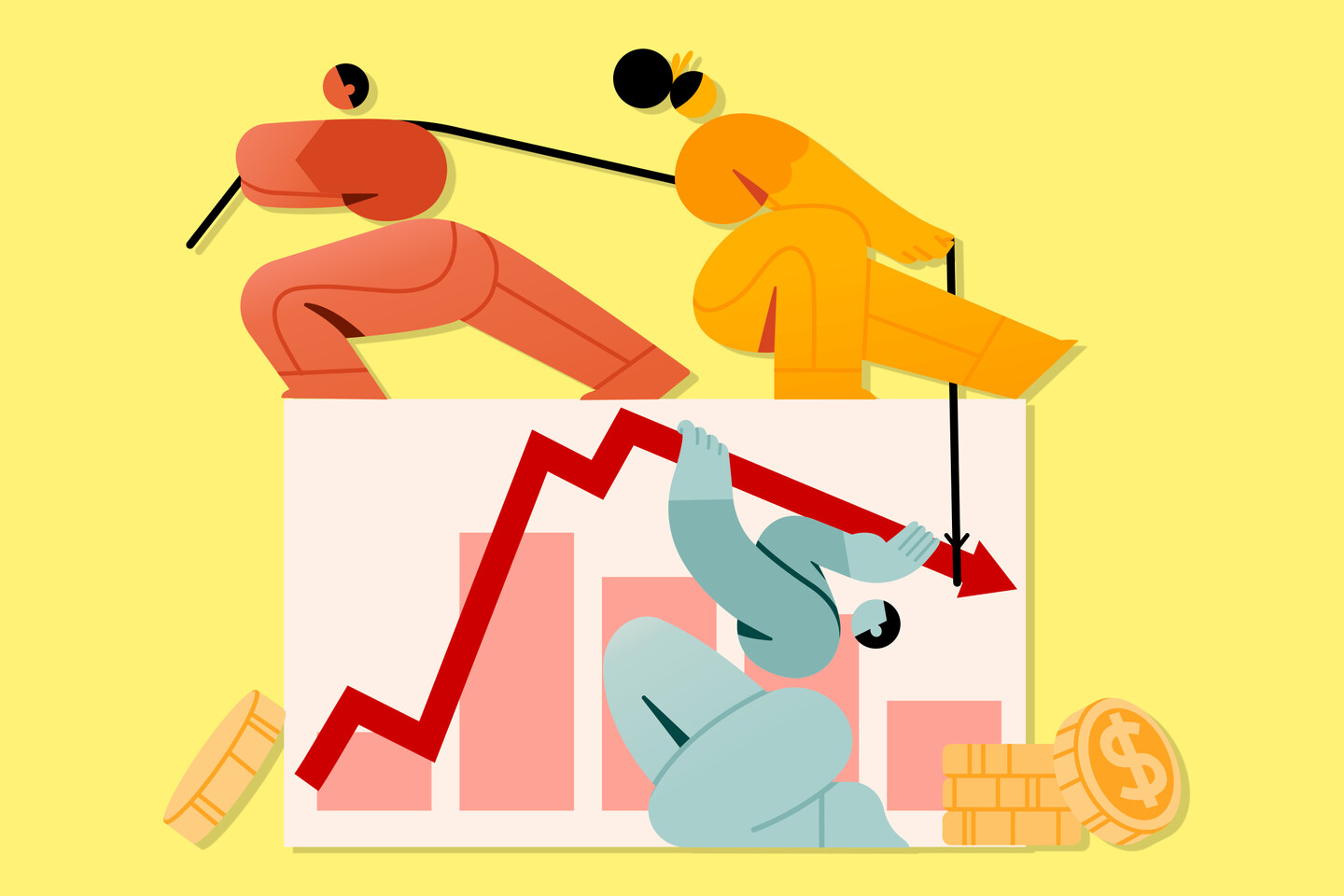 “OK BOOMER.” “Gen Z will save us.” “Millennials are killing the housing market.” Chances are you’ve heard one or more of these stereotypes in the past few years. In the United States, especially online, we’ve created a culture that characterizes identities along generational lines: Millennials are big-city hipsters who wear Warby Parker glasses and eat avocado toast; baby boomers are Donald Trump–loving retirees who relocate to Florida; and a new crop of teens are internet activists. Sometimes these stereotypes are harmless—when your older conservative relative says something offensive, “OK Boomer” is the easiest response. But easy as they are to reach for, these categorizations can also be harmful. They portray each generation as one-dimensional and stagnant, effectively erasing that people move through different generations during their lifetime. In the end, there is only one winner in a generation war, and it’s not millennials or boomers or Gen Z—it’s capitalism.

Generational stereotypes are often inaccurate and tend to whitewash the histories, needs, and financial realities that can matter more than age. Corporate media and popular culture alike often depict millennials—people born roughly between 1981 and 1996—as wealthy twentysomethings who care more about their Instagram profiles than about starting families or finding stable employment with benefits. The joke is that millennials can’t afford housing because they’re buying too many lattes and pieces of avocado toast. A 2018 Axios poll found that the majority of Americans consider millennials “spoiled” and “lazy.” While this caricature may describe a small portion of millennials, it doesn’t accurately portray the generation at large: As of 2020, millennials own less than 5 percent of U.S. wealth, though they’re often forced to work more than 40 hours a week. The idea that baby boomers—people born between 1946 and 1964—are wealthy and lean conservative is similarly misleading: While it’s true that boomers identify as conservative at higher rates than younger generations, a 2017 study from the Pew Research Center indicates that boomers and millennials have the same amount of moderate democrats, suggesting that worldview and political affiliation don’t cleanly correlate with any one generation.

These essentialized, whitewashed stereotypes impede the intergenerational organizing needed to create meaningful change. Let’s take the idea that “Gen Z will save us.” Because older generations have been unsuccessful in creating better lives for marginalized groups in this country, especially since the Reagan administration, it’s assumed that the torch should be passed to young people, who are presumed to be overwhelmingly more left-leaning and tolerant than older generations. However, many young people consider the phrase demeaning: Why is Gen Z expected to save a world it had no hand in making? From Claudia Conway (the 16-year-old daughter of Kellyanne and George Conway) and Little Miss Flint Mari Copeny (now 13) to leading gun-control advocate Emma Gonzalez (now 21), Gen Z has been pushed to help cure society’s ills. These expectations can be emotionally overwhelming for young people who might not have the logistical or financial means to organize alone, and breed resentment toward older generations, which seem all too content to let Gen Z the fix political or social issues in this country on their own.

Meanwhile, the “OK Boomer” meme reduces our elders to a bunch of wealthy conservatives obsessed with the status quo. While boomers do control the majority of the wealth in America and are the most conservative generation, these statistics don’t encapsulate every elder’s values or political ethos. According to a September 2020 poll conducted by the Democracy Fund and the UCLA Nationscape polling initiative, 97 percent of likely Black voters over 65 said they would support Joe Biden in the 2020 election. In contrast, 53 percent of white people over 65 voted for Trump in 2016. This data suggests that race, gender, religion, and other identities are often a more accurate indicator of a person’s social or political values than generational loyalty or even age. But talking about whiteness is less fun, so we pivot to catchphrases that become conversation enders—a way for generations to dismiss one another.

If we continue blaming elders or the youth for social, political, and economic problems in the United States, we’ll be unable to recognize that it’s the systems that govern us that are incapable of changing.

These labels are cyclical: Young progressive people attempt to organize against the system, but they’re forced to face harsh economic and social realities as they grow older and eventually become too old and out of touch. That’s how generational wars become particularly harmful: If we continue blaming elders or the youth for social, political, and economic problems in the United States, we’ll be unable to recognize that it’s the systems that govern us that are incapable of changing. On a smaller level, Amazon and various Etsy stores profit from “OK Boomer” merchandise. On a more insidious level, these generational fights sideline the root of the problem: The federal minimum wage is currently $7.25 per hour, though many states have raised it, and it has not budged since Congress set it in 2009. Yet, extreme economic inflation has caused the cost of many social goods, including education, to rise. Housing prices have increased 16 percent since 2008, and the average price of an undergraduate degree has increased roughly 161 percent since 1987.

For boomers, many of whom went to college or bought homes several decades ago, it’s easy to ignore these worsening conditions or even blame young people for being unable to make ends meet. Younger generations might blame older folks for their apathy. But in order to combat economic injustice, it’s crucial for people of all generations to fight for higher wages, affordable housing, free education, and other rights so that we can all have our basic needs met—and every generation has something to offer in this fight. Boomers and Generation X have more experience surviving under capitalism, so they can offer invaluable institutional knowledge about a social movement. Meanwhile, millennials and Gen Z have more contemporary knowledge on how to use newer technology, such as the internet and social media, to organize and politically educate larger groups of people. While age plays a role in every person’s economic and social standing, the reality is that fewer and fewer people have health insurance, stable housing, and gainful employment across generational lines. Capitalism is an indiscriminate killer, and in order to overthrow the racist, capitalist, heteropatriarchal systems that govern the American people, we need both the vision and energy of young people and the wisdom of our elders; generational warfare is simply a distraction from that.