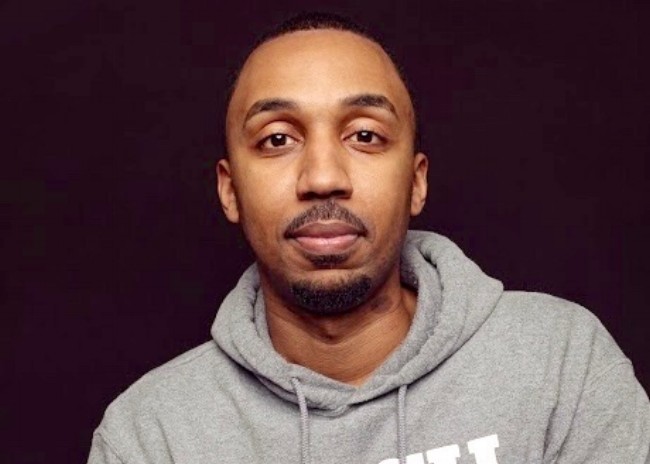 The memoir-manifesto All Boys Aren’t Blue discusses topics of homophobia, transphobia, and racism via the experiences of author George M. Johnson, a journalist and activist based in Brooklyn, New York (who has contributed to Bitch). For Teen Vogue, he’s written about the politics of natural hair; for them., he’s critiqued the New York Times’ representation of the HIV/AIDS crisis; and now, he’s bringing young readers closer for an intimate look at his own memories.

Through a series of memories ranging from his earliest moments on the playground to his navigating of young adulthood and his first experiences with sex, Johnson brings young Black queer kids to the forefront and offers them a chance not only to see themselves on the page, but also offers insight into the ins and outs of Black queerness. Unlike many other books about queer Black people, All Boys Aren’t Blue is filled with love. Though Johnson’s parents worry (“They knew queer when they saw it, but not enough to teach me the ropes and potential pitfalls of it,” he writes), ultimately they love him dearly, going as far to openly and honestly discuss whether or not queerness runs in their family.

He’s not a pariah or an outsider; instead, he’s a child who is both loved and struggling, and who seeks out community and explores his own identity. Is he a boy or a girl? Why does he like to be around girls so much? Why does he find such comfort in Black women as role models? Maybe he can be both bookish and sweet and become a track and football star. Maybe all of the gay people he sees onscreen are white, but maybe Black people can be gay, too. Given his age, which ranges from preteen to college-aged over the course of the memoir, Johnson learns himself on the page, with the older Johnson who’s looking back on these moments in time offering a dose of context, widening the personal to encompass what his younger self might not have understood.

The book’s strongest moments are also its softest. Having grown up believing his name is Matthew, Johnson learns that his name is George, and he’s faced with a choice. In their classroom, it feels as if it’s “headline news,” he writes. “Their friend whose name was Matthew just yesterday was now going by George!” He feels freedom in this new name, and the fluidity and also the control he felt in their “own little world.” Upon seeing his new name, however, Johnson’s teacher calls his mother, concerned that he is having an identity crisis given the sudden name change. “You can’t go back and forth,” his mother tells him. “So we gotta choose one.” It’s a poignant moment given the weight of that statement; a young George is forced to choose just one, and so is an adult George, over and over in the chapters to come.

There’s a hypervisibility Black boys and men face that only becomes starker when they’re also queer, and Johnson epitomizes this through the innocent lens of a child. Later, in the context of yet another classroom, Johnson is faced with a dilemma: He’s crafted the term “Honeychild” as one of his favorite words, but the girls he shared it with have shared it with the rest of the class. “Had a girl created this term, it likely wouldn’t have caused as much of a fuss with anyone,” Johnson reflects. “But the fact that ‘Honeychild’ was created by a boy elicited grave concerns.” That visibility translates into a self-awareness that most privileged, straight white children don’t have at such a young age. But as he continually illustrates throughout All Boys Aren’t Blue, Johnson doesn’t have the luxury of thoughtlessly moving through the world as a passive young person.

Everything in his life, from his language to his literal movements, is up for critique. “There are moments even now when I’m simply not sure of my mannerisms, femininity, and more.” Johnson writes, “ Are they derived from mirroring the Black women in my life, or are they naturally me, or a mix of both?” He uses this moment to introduce young readers into concepts of appropriation, explaining the ways that, in our current context, the language of Black queer people is stripped of meaning and warped across social media by white and straight people. Young readers learn that words matter and can cause deep pain, but they learn this alongside Johnson rather than being told what to think.

Johnson skillfully uses tense to shift the lens through which he’s addressing his audience. Much of the memoir is told in the first person, with Johnson walking us through his own memories and experiences, or discussing those of his family members’; in the first person, we go from middle to high school with Johnson; we learn to play sports with the boys and give up double-dutch with the girls; we mourn the loss of his grandmother. But there’s a notable shift in “Losing Hope,” a chapter Johnson writes to his cousin in the second person. It’s an exploration of their relationship, and how Johnson saw parts of himself in his cousin. Then, there’s a break: “Story time again. Then I’ll get back to talking to you, my cuz.” As the chapter continues, Johnson shares the way that his cousin came out as Hope, with their family discussing their transition. Hope explains, “I’m a woman, and I wanted a name that fit me. So I chose Hope.” The family responds, noting that they may slip up, but, ultimately, the aunts cheer. “My aunts were all hyping Hope up with ‘Okay Ms. Hope’ and ‘I see you Hope.’ As confused and unsure as we were, we were also proud.” It’s one of the strongest chapters in the book. 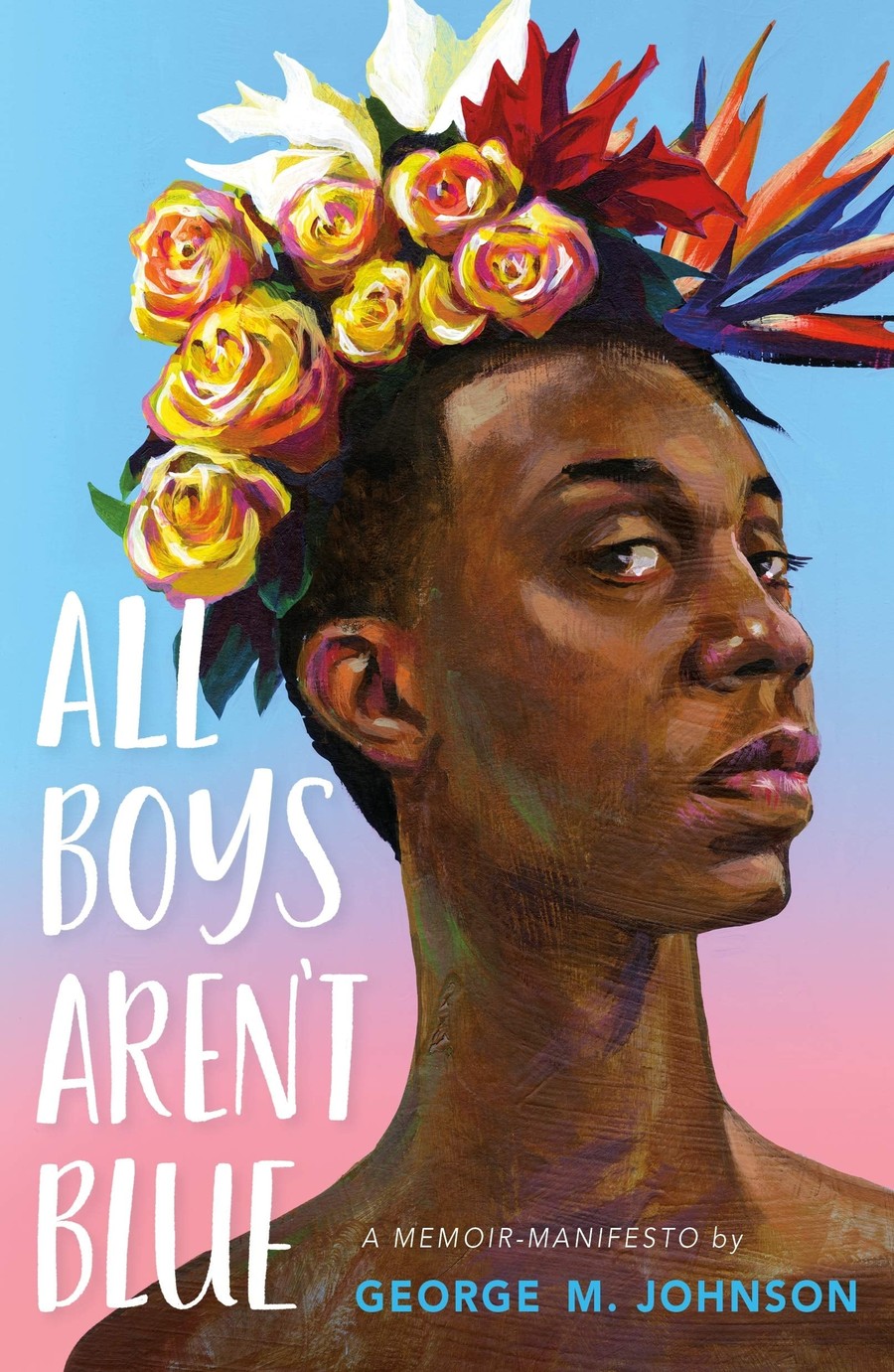 The pivot to the second person gives Johnson the space to build the scene, and rather than commenting on Hope’s journey, we see them in full, laughing with each other over Cover Girl versus Cover Boy. They feel real, and the love is tangible on the page. But I couldn’t help but feel nervous about the use of Hope’s deadname, and worry that, given their passing, the chapter suggests a space where the author should have paused and shifted back to their own point of view. At the end of most chapters, Johnson does just that. He pivots to the first person, locking eyes with the reader as he offers them a note, a helpful hand, or a promise. In Chapter Four, Johnson shares how he felt pressured to choose between safety and comfort, and, as an adult, feels pressured to be a certain type of gay person; at its end, he writes, “I’m not bound by either of them. You don’t have to be either.” Chapter Five reflects on the ways that history classes lie to queer Black kids, masking over decades of racism; at its end, Johnson writes, “Honest Abe lied to you. I won’t.” In Chapter 15, where Johnson writes about having sex, he promises, “It’s worth me feeling a little embarrassed so that you all are a bit more prepared.”

All Boys Aren’t Blue is an essential reminder that some Black kids are also queer kids, and that queerness is not a flaw or something that needs to be explained away. Johnson provides comfort to readers who may wonder if they’re unlovable, or worry that their queerness will strip them of their Blackness. He portrays a life of fullness and love, and though there are dark moments, Johnson has ultimately crafted an intimate community of Black queer readers through his rawness and honesty. Johnson’s memoir is indeed a manifesto, ultimately showing Black queer kids there’s at least one adult out there rooting for them. They aren’t alone.

Read this Next: Samantha Irby on “Wow, No Thank You” and Desanitizing Women’s Lives and Bodies 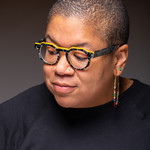 by Rachel Charlene Lewis
Samantha Irby will make you cringe as hard as you laugh.