“Ginny and Georgia” Is Definitely Not “Gilmore Girls” | Bitch Media

Unlike “Gilmore Girls,” “Ginny and Georgia” Doesn’t Hide from Sex 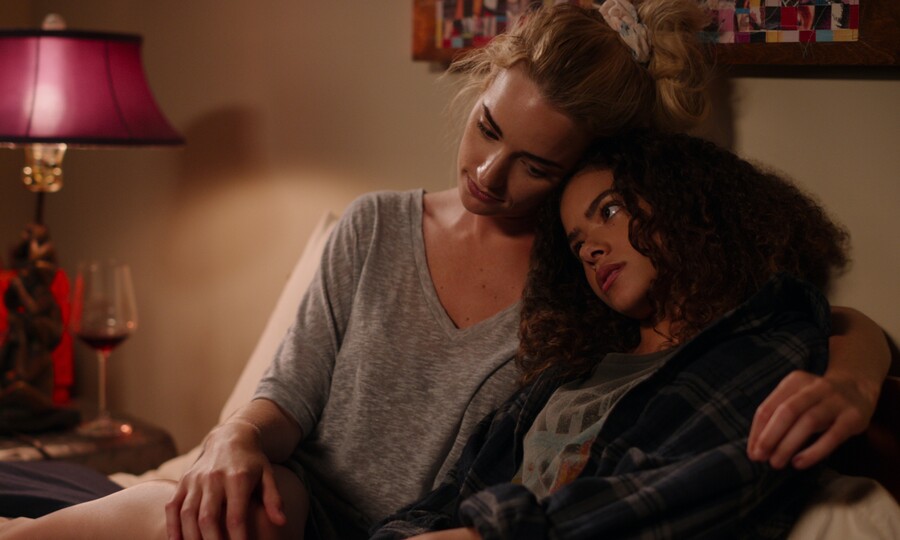 Despite spending two decades being heralded as the ultimate mother-daughter series and an example of early feminist television—they’re both strong and independent women!—Gilmore Girls is full of sex shaming. While Lorelai (Lauren Graham) and Rory (Alexis Bledel) share adorably witty banter and I still turn to the show for comfort, the series often stumbled over sex, sexuality, pleasure, and punishment. But now, Netflix is airing Ginny and Georgia, another mother-daughter show, that’s drawing comparisons to Gilmore Girls (though, NPR notes, “Ginny & Georgia Is Not Gilmore Girls 2”). The 10-episode first season follows 15-year-old Ginny (Antonia Gentry) and her mom, Georgia (Brianne Howey), who is 31, as they relocate to New England after the death of Georgia’s latest husband. While the series has many moving parts—as many critics have noted—the show strikingly faces sex and sexuality head on, especially when held up against its predecessor.

Both Georgia and Lorelai were teenage parents, so they’re coming of age at the same time as their daughters. This plays out differently for each woman: Georgia is rash and at times cruel, while Lorelai is melodramatic and often distracted, but their daughters share more in common: When we first meet them, Ginny and Rory are both very smart, very studious, and very virginal. But the shows tackle the role of sexuality in Ginny and Rory’s coming of age in dramatically different ways. Lorelai’s sexuality is entangled with her difficult history: She disappointed her parents by becoming pregnant and then refusing to marry Rory’s father, marring the family’s reputation. Thanks to this complicated and painful situation, Lorelai paints teenage sex with a broad brush: It’s bad, leads to pregnancy, and should be avoided at all costs. When Rory begins dating, Lorelai tells her, “If you’re going to throw your life away, he’d better have a motorcycle,” and Lorelai brags that “I’ve got the good kid” when she overhears Rory telling a friend she’s still a virgin.

Beyond Lorelai’s rhetoric, Gilmore Girls constantly reinforces a black and white understanding of teenage sex: Rory’s best friend, Lane Kim (Keiko Agena), becomes pregnant with twins the first time she has sex. Rory’s nemesis-turned-friend, Paris (Liza Weil), is rejected from her dream school, Harvard, after she loses her virginity—and Paris thinks having sex is the reason she didn’t get accepted. “I’m being punished,” she tells Rory. “I had sex, so now I don’t get to go to Harvard.” This kind of thinking about teenage sex permeated other shows during that time: On The Secret Life of the American Teenager, Grace (Megan Park) learns her father died right after she has sex for the first time. She immediately blames herself. “I had sex and now dad is dead,” Grace says. “He had a horrible death because I had incredible sex. It’s just the way life works.” On the contrary, some of the strongest parts of Ginny and Georgia are about sex. Ginny’s first time feels akin to fanfiction: In the pilot episode, she approaches and kisses her neighbor and classmate Marcus (Felix Mallard). He later climbs through her window à la Edward Cullen, and they begin making out. The camera pans away before coming back as Ginny and Marcus awkwardly wrap up the encounter.

Despite the melodrama, the moment accurately captures the loaded way a teen girl—especially a teen girl like Ginny, who has little sense of who she is—would flip flop between being sexually confident and sure of herself to being unable to process or communicate what she wants from a partner. Sure, Ginny initiated the sex, but she doesn’t know what to do next, especially since she’s assuming Marcus is a hot, cool guy who does this all the time. The power dynamic between Marcus and Ginny shifts as they get to know each other better. In a later episode, Ginny is watching porn with her friends at her best friend, Max’s (Sara Waisglass) house, and Marcus, who is Max’s twin brother, overhears Ginny ranting about boys not knowing how to make girls come; later, Marcus learns that Ginny’s boyfriend, Hunter (Mason Temple), went down on her, which forces Ginny and Marcus to rethink the way they’re hooking up. In a nice pivot, Marcus doesn’t shame, judge, or get angry with Ginny for not telling him she didn’t orgasm. He just wants to be a good partner for Ginny, so he Googles how to make women orgasm so their next hookup is better.

Unlike Lorelai, Georgia doesn’t just associate sex with teenage pregnancy; she presents it to Ginny as a pathway to pleasure.

In this world, sex isn’t treated as a punishment or a threat to a teenager’s future. It’s simply an experience for teens to learn and grow from, which is the reason it’s important for us to follow Ginny as she confidently purchases Plan B at the drugstore without hesitation and shame. Georgia’s the reason Ginny is so comfortable in her skin. Unlike Lorelai, Georgia doesn’t just associate sex with teenage pregnancy; she presents it to Ginny as a pathway to pleasure. Though Georgia doesn’t necessarily want her daughter having sex, she also isn’t in denial about Ginny’s sex life. In one episode, Ginny turns to her mom and says, “Hunter went down on me.” While Georgia’s eyes widen, she pulls it together quickly and supports her daughter. There’s also a stellar scene where Georgia gives Ginny the batteries out of her beloved vibrator for Ginny’s toothbrush. Ginny’s mortified in the moment, but she’s later inspired to attempt to masturbate—using her toothbrush.

Ginny and Georgia’s sex ethos also includes the rest of the cast, including other young people in Ginny’s orbit. Max is a lesbian who has never had sex, and she’s intimated by the thought that her older girlfriend, Sophie (Humberly González), has had sex with other people. Sophie doesn’t criticize Ginny; instead, she’s comforting and reassuring. Hunter is open about wanting to give Ginny pleasure by going down on her. Marcus flips the bad boy trope on its head by admitting to Ginny that he, too, was a virgin when they first had sex—”I wanted you to think I was cool,” he explains—and has been learning alongside her. Ginny and Georgia has its fair share issues, but it handles teen sexuality without preaching or condemning and offers a path where sex doesn’t have to mean much at all.

Read this Next: “Moxie” Isn’t Perfect, but Neither Are New Feminists 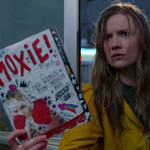 by Rachel Charlene Lewis
“Moxie” is more educational than groundbreaking.