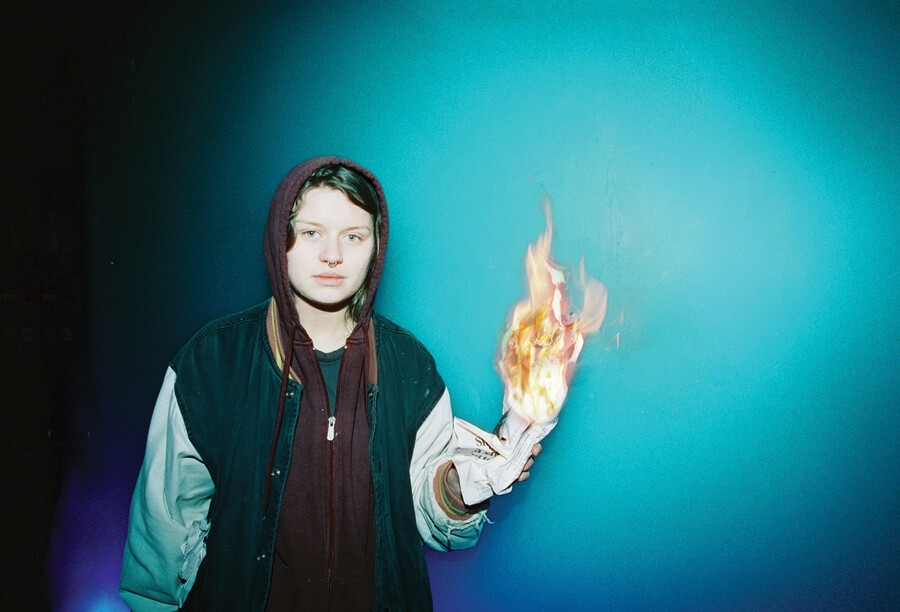 Marie Ulven Ringheim of Norway launched her project girl in red in 2017, but, at this point, girl in red is more than an artist, or the project of one: she’s synonymous with a self-described “chill” version of queerness that leaves room for change, for longing, and for sureness. In June 2018, girl in red released “girls,” a song from her first EP, chapter 1. In it, she sings, simply, “They’re so pretty it hurts/ I’m not talking ’bout boys/ I’m talking ’bout girls.” The music video, which has been viewed over nine million times, gave way to girl in red’s decidedly lovely explosion. In November 2018, she released the music video for “we fell in love in october,” a single, and it was watched over 15 million times.

Now, landing a music video in the millions is a regular occurance for girl in red. “i wanna be your girlfriend,” a chapter 1 track, landed on the New York Times list of the best songs of 2018, with the song garnering more than 60 million streams on Spotify. While she’s labeled in bedroom pop, she hopes to expand beyond the genre and continue cultivating an audience who sees themselves in her vulnerable lyrics. Asking a girl, “Do you listen to girl in red?” has become a funny but relatable way of asking, “Are you queer? Do you like girls, like me?”

We discussed the future of girl in red, delving into new forms of art to find inspiration, and her dream, and goal, of exploding beyond the constraints of bedroom pop to make a name for herself in stadiums.

You’ve said that you want your music to help create space for young queer people because, growing up, you didn’t see your own experiences reflected in music. Do you feel like you’ve begun to do that, and do you feel a responsibility toward your fans?

That space has been rapidly growing in the past few years and is getting bigger and bigger. Still, to this day, I keep getting messages from people saying how much safer they feel and sharing that they’re just existing with their sexuality rather than stressing about it. It’s part of my narrative to just chill, and I feel like [my music is] a safe space; I can tell in shows that it’s safe.

You recently tweeted that you get frustrated when straight listeners try to distance themselves from your music by saying they’re not gay, they just like girl in red. Can you expand on this?

I’ve been getting a lot of messages from people who feel the need to tell me they aren’t gay. There’s an interesting thing around this space I’ve created where people who aren’t queer or don’t yet identify as queer [feel] the need to be like, “No homo, I like your music,” and it’s weird. I hope my music is not just for queer kids, but for straight kids who have those same feelings.

I usually don’t respond to those messages, or I say thanks. I don’t want to start a whole ass thing, like, “Yo, you don’t need to say that you’re not gay.” I don’t see that changing the world in any way. I just feel like it’s been getting to me, because people feeling like they need to say, “I’m not like you are, but I like this,” isn’t what I’m talking about. I know I’m talking about liking girls, but it’s not only that; it’s love. Let’s just chill. It might sound naive, but I just wish people didn’t care so much. I know there are still [about 70] countries in the world where being gay is illegal and you’ll get killed or followed by police [or at very least, a criminal record], so I think I’m just way ahead of where people are.

Your music has always been deeply longing, and vulnerable. Your most recent song, “midnight love,” echoes this. How did you become so comfortable with being open about intimate feelings like love and longing in your music?

[Early on], I accepted myself as queer or whatever; it’s never been an issue for me. I’m really privileged: I live in Norway, and it’s literally one of the top countries to [live in as a] gay or queer [person]. For me, it was just normal, and I’m just writing about my perception of life and how I’ve experienced life. In the beginning, especially [with] my earliest songs like “i wanna be your girlfriend,” I didn’t really have an audience, so I’ve never really been like, “Oh, I finally feel strong enough to do this now.” [The strength] was just there.

How has your process changed from earlier songs to “midnight love?”

The process is kind of similar, but back then I used to play a lot of guitar and write in a less structured way than I do now. I usually start a Logic project and write it there and go along with the idea. Back in 2017 when I wrote “i wanna be your girlfriend,” I wrote the song on guitar first and then wanted to hear it in another format, [so] I was writing on guitar and then [editing and producing with] GarageBand. Now, I work out from a hook-y idea and come up with vocal lines instead of lyrics first. It’s just better now.

At this point, girl in red is more than an artist, or the project of one.

Do you do any other kinds of art to get into that headspace?

I’ve been getting really into textiles and clothes; that really inspires me now. That’s a really new thing, like as of the last seven days. Textile and fashion—you can link that shit up to music. In the last week, I’ve been really into industrial, rusty-type clothes, like things that are like tactical. When I’m walking outside now and I see a construction area, I’m like, “Woah, there’s something here that I really love.” There are construction sounds in my song coming out in June. I’m really inspired by clothes and textiles, and everything is linked, and that’s a very inspiring thing to me. I’m inspired by paintings: I’ll go onto the National Gallery website and look at paintings and there’s so much feeling in that type of art, like oil paintings. I also really like drawing and reading (which is more of a creative consumption); they help you create characters and understand characters. There’s so much stuff to be inspired by.

What’s your favorite song that you’ve worked on during your career?

I can’t decide between “midnight love” and what’s coming out in June. I don’t know, man. I think “midnight love” is the peak of my music so far. But the new song started in a tour bus and I worked on it for a couple months. Since then, what it’s become with all of the construction sounds and the whole vibe of the sound and the lyrics, [is] so great, I don’t know, it’s just a really great song. So that one, maybe. I love all of my songs but in different ways.

The girl in red project is one that you’ve said you want to let evolve over time. What’s next for your music, and what are you interested in experimenting with in the years to come?

I hope that I can step out of the bedroom pop label that I have. In the early stages of girl in red in 2018 I was listening to a lot of bedroom pop music and I wanted my music to be a part of that music, but I see my music, now, in way bigger places. I don’t see myself [in] little club venues; I want to play fucking stadiums. I want to do some crazy shit (playing a stadium for me is crazy shit, by the way). I just want to keep expanding my sound and going with my impulses and never stop changing. I don’t want to settle for a sound or anything. I don’t want to be predictable; I want to be ever-changing, and ever-evolving.

This story has been edited and condensed for clarity and length.

Read this Next: 5 Feminist Albums That Got Us Through April 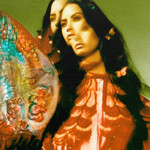 by DeAsia Paige
We’re all still searching for comfort and inspiration.