“Girls and Their Cats” and The Future of Cat Ladies 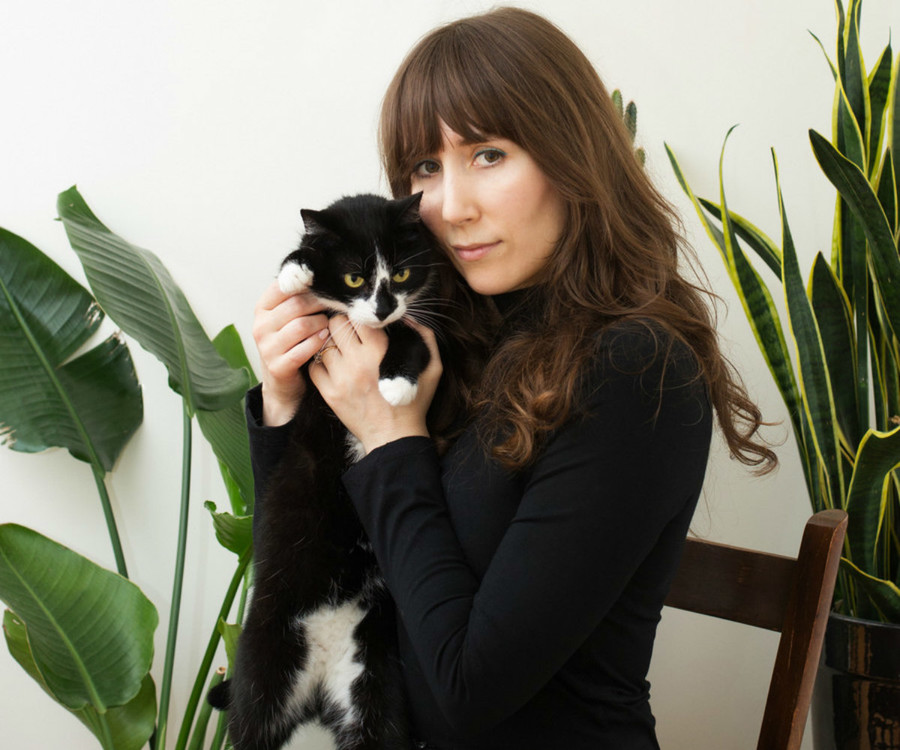 The cat lady stereotype, which presents single women who love their cats as unhinged, desexualized, and, in some cases, nearly feral themselves, has persisted for generations. Cats themselves have long been feminized, being perceived as “girls” while dogs are perceived as “boys,” to the point that cats were used as symbols for suffragettes in advertisements designed to mock the women’s rights movement. “Cats represented the domestic sphere, and anti-suffrage postcards often used them to reference female activists,” Corey Wrenn, MS, wrote in a 2013 Jezebel article. “The intent was to portray suffragettes as silly, infantile, incompetent, and ill-suited to political engagement.”

Though the stereotype has shifted throughout history, by the late ’90s, The Simpsons had launched the trope onscreen with the introduction of Eleanor Abernathy, MD, JD (Tress MacNeille), a single woman who’s never seen without her endless horde of cats. As it often does, the stereotype then spilled over from pop culture to everyday vernacular. A 2015 Cosmopolitan article offered advice on what to know before dating a cat lady, including “she may be a little more antisocial than other women you’ve dated” and “if you like her cat, it’s an instant gateway to her heart/soul/vagina.” In this peculiar way, cat ladies, much like cat themselves, came to be othered and marked as strange or unruly. But the cat lady stereotype is indeed a lie: A 2019 study found that cat ladies are no more lonely, depressed, or anxious than anyone else.

With her Instagram account @girlsandtheircats, and now her August 2019 book Girls and Their Cats, BriAnne Wills, a Brooklyn-based fashion, portrait, and beauty photographer, hopes to change the way culture understands cat ladies. Each page in the book includes a portrait of a woman and her cat and a corresponding story that doesn’t just shift the cultural narrative about cat ladies but seeks to replace the stereotype with dozens of specific moments in cat-lady history. In this way, Girls and Their Cats both validates the relationships between cats and their women owners and archives it. Some of the stories include a woman named Marissa and her cat Gandalf the Grey, both of whom have herpes, a tattoo artist with a Hurricane Sandy cat rescue, and a photographer who specifically sought out Siamese cats because of their famed attitude and naughtiness.

I spoke with BriAnne about the origins of the cat lady stereotype, tapping into online cat communities, and producing work that archives the lived experiences of real cat ladies.

Where did the “cat ladies” stereotype come from, and why is it so negative?

The “cat lady” stereotype started [during] the Salem witch trials. Women who were considered witches often had familiars, which [tended to be] cats. There was a lot of abuse against those women and their cats, and because it was so ingrained in our society that these women were bad, the cats [had to also be] bad. And cats and women together? Even worse. It takes a long time for society to change its collective mind, and we still haven’t moved away from the stereotype.

I couldn’t think of a single positive example of a “cat lady” in pop culture.

It’s really hard for me to come up with a positive example. I would have to sit down and look into it. I can’t come up with anything off the top of my head. I actually don’t read the comments on Facebook anymore. When [coverage of my book or Instagram is posted on social media], the comments from people who don’t have cats or who don’t like cats are really, really discouraging.

You’ve been debunking the “cat lady” stereotype since 2015. Your book begins by literally redefining “cat lady” in a more positive way. How do you think the discourse surrounding cat ladies has shifted in the last few years?

I definitely feel like the discourse has shifted within the cat community. I think we all feel much more supported because there are so many of us. I didn’t know there was such a thing as a cat community until I started this project, and I was like, Oh my god. [Look at] all of these people who are attending Cat Con and Cat Camp, [wearing] cat-themed apparel, and [buying from] cat-themed shops. We have found each other through the internet and our [shared] bonds with our cats. We see that there are so many [other] cool cat ladies just like us, and we don’t feel as alone or as judged because of it. However, the discourse outside of that community has not shifted much. 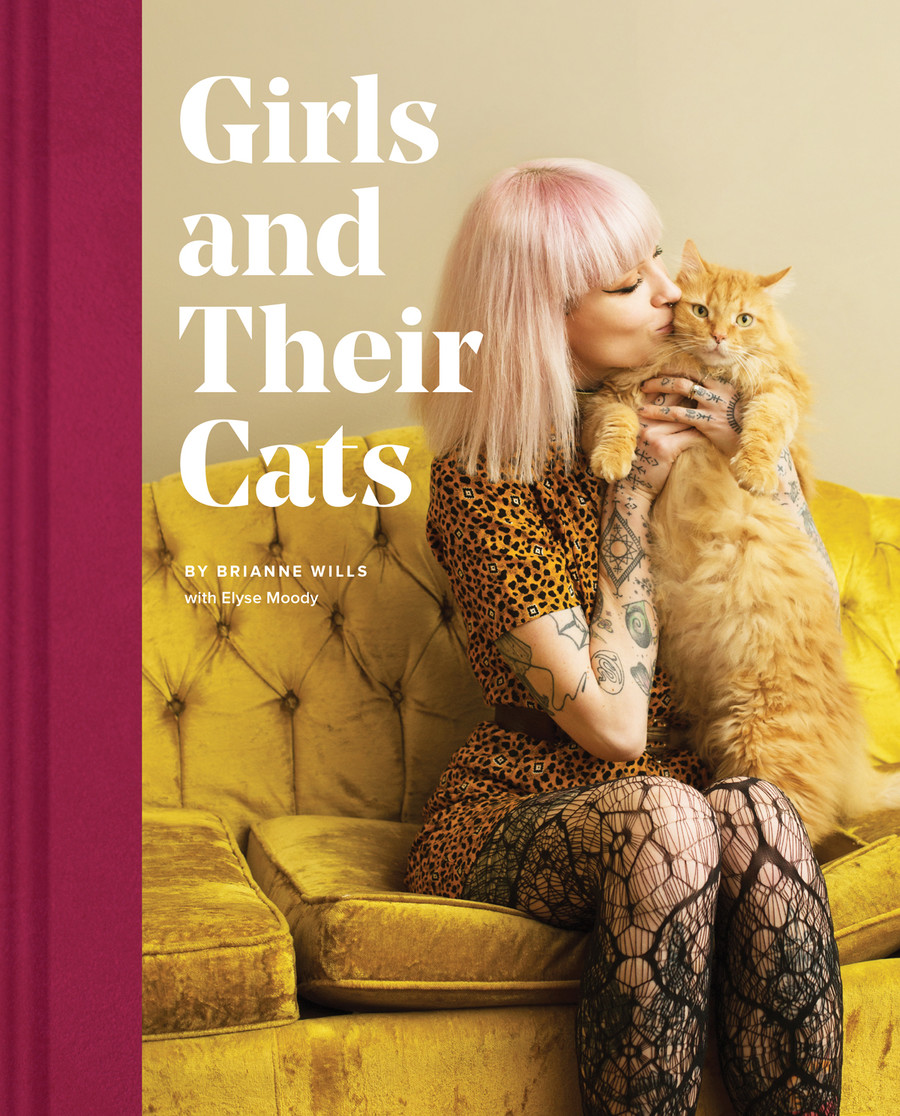 Cats get a bad rep, so it’s not surprising that women with cats also have that same reputation. Cats are often associated with qualities we don’t like in women.

I definitely think that the qualities people don’t like in cats are the same qualities that people—men especially—don’t like in women: We’re independent, and we don’t need them. For what I’ve heard and some of the stories in the book, most people were like, “I wasn’t a cat person until I met this one cat.” One of the people I photographed call these “gateway cats” [or] cats who change one person from a non-cat person to a cat person. Many of us have a gateway cat.

You’ve shared the stories of so many different types of women who all unique connections to their cats. How do you decide who to feature on your Instagram account?

In the beginning, I mostly photographed friends of friends. There wasn’t much of a selection process at that point. I didn’t know many people, so I [began looking for participants] on Instagram. So, I was still trying to get a foothold on the wholeproject because I hadn’t really established it very well. Once it started to grow, I got a feel for what I was looking for.

[From the beginning], I definitely wanted to have a wide range of women because there’s not just one type of “cat lady.” We’re all very different from each other. I try to get women from different backgrounds, and even women with different breeds of cat. I wanted [to showcase] cats who were adopted or rescued. That was the only criteria. Other than that, I just wanted to make sure I wasn’t photographing the same type of woman. I wanted a range of stories as well; I didn’t want them to all sound the same.

Do you hope that readers engage with your book differently than they engage with the Instagram account?

Once I reached [between] 50 and 100 stories, I started seeing how many great photos I’d collected and said this could be a book. It wasn’t until I reached around 200 [photos] that somebody from Chronicle reached out to me and asked if I was interested in [curating] the book. It was an easy decision for me since I had been thinking about it for a while. I wanted to reach more people. On Instagram, it’s mostly the cat community that follows me, which is great because they’re very supportive and there’s just no judgment. But I would love for my book to reach a wider audience outside of the cat community. I want it to persuade more people who are “cat curious,” interested in getting a cat but not really sure if they can handle it, [to] to adopt cats.

How did you decide that photography was the right medium to share these stories? How did the written component come in?

It wasn’t really a decision [to] take photos; that’s what I do. When I first started the project, it was strictly a photo series where I captured sweet moments between each woman and her cat without thinking about the story. There wasn’t even much of a caption, just the [woman’s] name, her cat’s [name], and the neighborhood they were in. I started talking to them more when I [went] to their homes and realized, “That’s a really interesting story. People would be curious to hear more about that.” I would have [the women I photographed] send me a little paragraph, and I would share that. Many people started responding to that, and then asking more questions, and I was like, This is the direction I want to take [this project]. Now, I have to put a cap on the amount that people write because they’re just really [excited] and have a lot to say about their cats. They tell me what they want to tell me, and then I go in and edit it for brevity.

What inspires your work?

I’m really inspired by all the women I photograph because they’re so cool, interesting, and have these really different jobs ranging from lawyers to advocates to designers and even photographers. They’re all very inspiring and doing really cool things with their lives.

You’re doing this really interesting archival work and answering the question, “What were women and their cats like in the early 2000s?” How do you think about your work contributing to the body of work surrounding “cat ladies?”

For so long, the images around “cat ladies” has just been hokey, outlandish, or weird. My work is very relatable to even non-cat people. These are just women living their lives. [My project] encapsulates this moment in time. 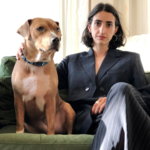