White TraumaHow YA Books About Rape Ignore Girls of Color 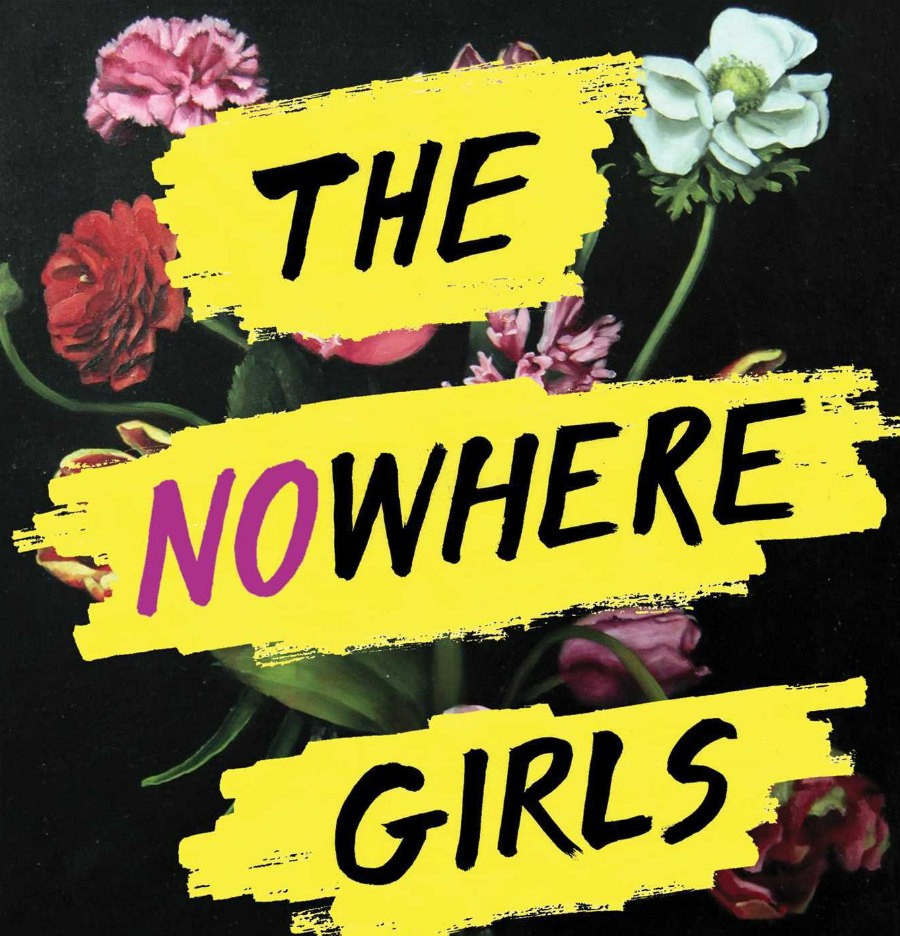 The Nowhere Girls is a standout in young adult fiction: Grace Salter is a preacher’s daughter who’s grappling with her fat body; Rosina is a queer Mexican American girl who loves punk rock; and Erin has Asperger’s, loves Star Trek, and is struggling because her parents are unhappily married. The trio unites to resist rape culture in their high school and hold abusers accountable, turning YA fiction into a tool for making the conversation about rape culture more inclusive. While The Nowhere Girls is an extremely good read, queerness, Brown girlhood, fatness, and disability are only a third of the overall narrative. The book’s main sexual assault victims are white, straight, cisgender girls—as is often the case in YA.

Since Laurie Halse Anderson released her groundbreaking book Speak in 1999, YA has engaged with important facets of rape culture, including the complicity of bystanders, trauma and mental health in high school, the impossibility of reporting, and victim blaming. So why are girls of color, queer and trans girls, and working class girls often excluded from the conversation?

In Speak, Melinda is literally silenced by trauma, so she uses diary entries to express her overwhelming feelings of loneliness and abandonment. Anderson’s portrayal of teenage rape and post-traumatic stress disorder led the state of Missouri to ban the book and parents and teachers to challenge its validity. All the Rage challenges typical representations of PTSD sufferers. After Romy is raped at a high school party by the sheriff’s son, her friends turn against her, calling her a liar and a bully, but her rage keeps her afloat. She ritualistically paints her nails a blood red that matches her lipstick, a personal ceremony that frames feminine practices as resistance. Asking For It interrogates how social media facilitates the prolongation of trauma and humiliation. Irish schoolgirl Emma has the support of her family when a photo of her assault is published on social media, but ostracization at school changes her.

Yet, there still isn’t a YA novel about rape culture that truly centers girls of color, although girls from marginalized communities are most at risk of being assaulted. RAINN emphasizes that Native American girls and women are at most risk of sexual assault. Additionally, a National Women’s Law Center survey found that 38 percent of LGBTQ girls were kissed by force and that 24 percent of Latina girls are harassed because of their last names. Black girls are particularly vulnerable to sexual assault because society hypersexualizes them, exploits them, and deems them less worthy of protection, but YA books about rape culture position straight, white, cisgender, middle class girls as “universal” stand-ins for all survivors. This exclusion leaves girls of color with no tools to converse about the trauma; no representation that affirms their experiences; and no stories that tell them that it’s not their fault.

Being invisible in narratives about sexual assault can have a devastating effect on girls of color: The lack of representation makes an already isolating experience even more lonely, leaving girls of color without literary examples that verbalize their trauma. YA novels that dissect and challenge rape culture can teach girls of color about consent and help them end cycles of abuse. The exclusion of our trauma mirrors how survivors of color are often silenced in real life. Girls and women of color are less likely to be believed when reporting sexual assault, and less likely than white women to receive support and solidarity. Given this context, erasing the experiences of girls of color is actively harmful.

Yet, it’s unsurprising that girls of color are excluded from YA narratives about rape culture: Only 22 percent of children’s books published in 2016 were written or illustrated by people of color. A 2015 publishing industry study also revealed that the lack of diversity goes beyond writers. The publishing industry is overwhelmingly white and heterosexual, effectively shutting out diverse stories from the bookshelves. It’s so dire that in 2014, Ellen Oh and Malinda Lo created the hashtag and grassroots campaign #WeNeedDiverseBooks, which advocates for inclusion in the publishing industry. Similarly, the hashtag #OwnVoices, created by Corinne Duyvis, seeks to highlight books whose author shares a marginalized identity with the main character.

Despite these efforts, authors of color are often scapegoated as “toxic” and “dramatic” and the industry is still dominated by white authors, agents, and editors. This ensures that authors of color must fight an uphill battle to divorce YA from a default white lens. 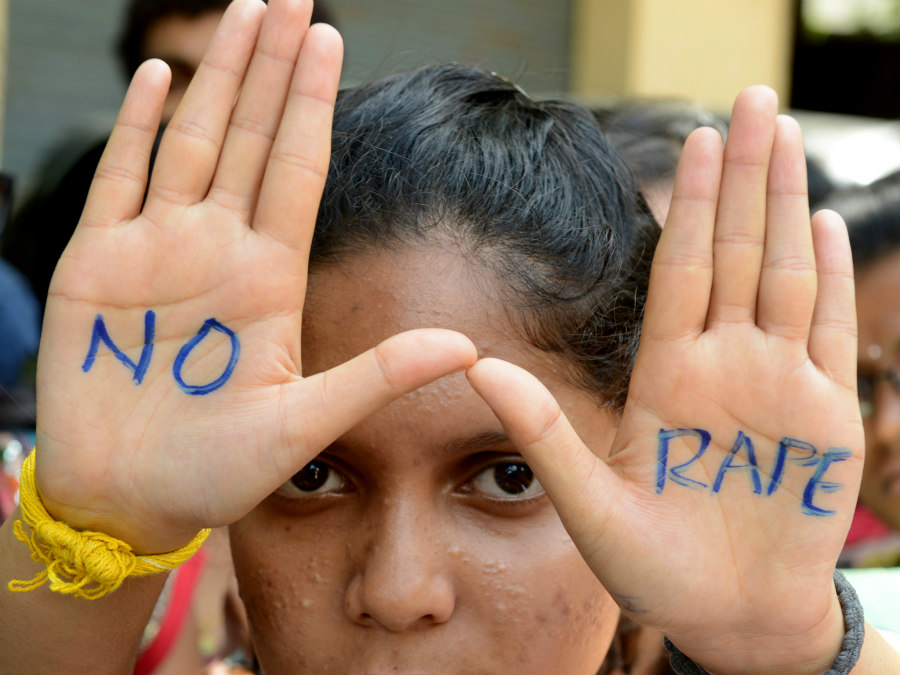 Though Amy Reed is white, The Nowhere Girls includes diverse characters and illuminates how feminist resistance—in this case a high school group that debates sex, consent and pleasure—combats rape culture. It’s important to teach girls, particularly girls of color, that ending rape culture is difficult because patriarchy harms them in differing ways. For instance, issues immediately arise when the girls decide to engage in a sex strike to demand better treatment from their male classmates: What about girls who enjoy sex? How can a sex strike be include queer girls who don’t have sex with men? Doesn’t a sex strike imply the issue is about attraction rather than power? How does a sex strike hold men accountable for other types of violence like queerphobia, racism, and ableism? A sex strike is a flawed solution to the problem, but helps young girls see the importance of respect, solidarity, and intersectionality in feminist movements. Given that The Nowhere Girls encourages feminist resistance, its inclusion of diverse character is even more essential.

Still, most of the victims in the book are cisgender, straight, white girls. The YA genre needs books that highlight the impact of rape culture on queer girls, depict Black and Brown girls as victims, and explore how these different communities navigate and react to sexual assault.  If we don’t talk about the different ways women and girls are targeted by rape culture, dismantling it will be impossible because we won’t be able to recognize how race, size, sexuality, disability and other facets of oppression factor into their assault, trauma, and healing. These books would become formative tools of feminist resistance and consciousness for girls of color; make girls of color feel less alone and help them build self-love and self-defense strategies; and provide necessary representation for survivors who are routinely erased.

It is no longer enough to settle for selling books through the “universal” white, straight, cisgender survivor: Sexual assault happens to all kinds of girls, and it’s time the YA genre became representative of that.

by VBF
YA fiction is more and more reflective of the world in which young people actually live, a new normal of characters and storylines encompassing all the complexities of sex, sexuality, and reproductive rights and justice.