“Godless” Failed to Deliver a Western About Women | Bitch Media

Same Old West“Godless” Failed to Deliver a Western About Women

I have to admit: I was excited about Godless. Though advertised heavily by Netflix as a gritty, high-budget prestige Western about the trials of a mining town populated mainly by fierce, tragedy-worne women, the show shocked me out of that delusion from its very first episode. Game developer Innes McKendrick put it simply in a viral tweet: In the first episode of Godless, 73 percent of lines were spoken by men while 27 percent of lines were spoken by women. It doesn’t get better over the next six episodes: On average, men spoke 70 percent of the overall lines, though that number would increase if I counted the scenes of women reading aloud texts written by male characters.

Though the gendered dialogue divide isn’t the sole measure of quality, Scott Frank, the show’s director and writer, told Variety that he wanted the show to “focus on characters who never get their stories told, women chief among them.” As I watched the series, I found myself repeatedly waiting for the men to stop talking about guns, horses, and frontier masculinity so I could see how a town full of women was faring. We were bamboozled, lured into a pit of tired and unquestioned Western clichés by the promise of something fresh.

The A-plot of Godless concerns Frank Griffin (Jeff Daniels), a Mormon-gone-wild taking his gang raping and murdering their way through the west in search of Roy Goode (Jack O’Connell), the outlaw who betrayed him. But here’s where the women come in: La Belle, a late 1800s white mining town in the New Mexico territory, loses almost its entire male population in one day after a mining accident. Two years later, the women who stayed behind, led by Mary Agnes (Merritt Wever) and hotelier Charlotte (Samantha Soule), carry on, working together to build a new town chapel, negotiate business deals with outsiders, and decide whether or not the town has a future. 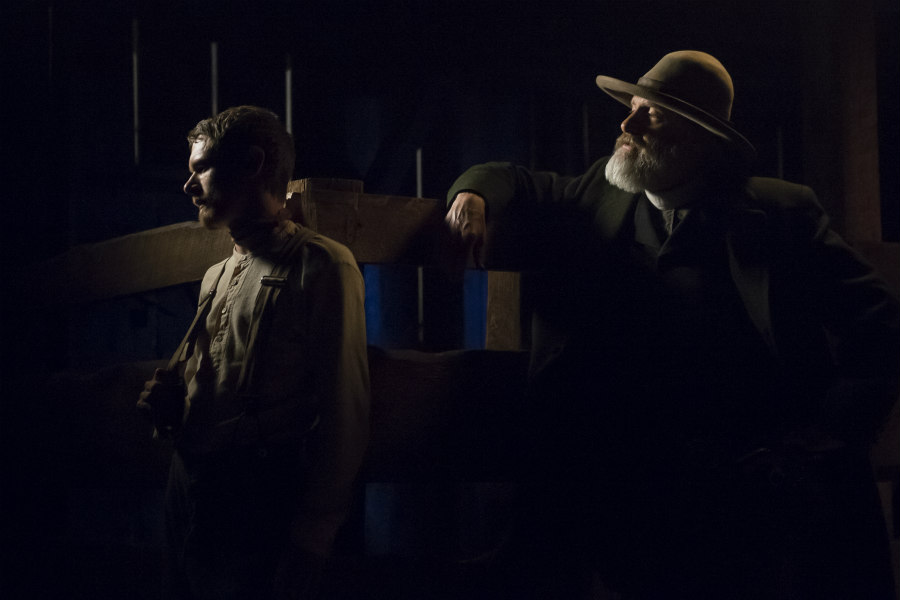 The show draws obvious lines of tension between the butch, hallelujah-I-get-to-wear-pants-now Mary Agnes and the femme “we need protection” Charlotte, as they deal with the various men who come to town. Mary Agnes is the obvious feminist stand-in, and her character is used to great effect in the trailer, shouting, “Mister, we’re a lot fucking stronger than you think we are!” In the show, it’s a triumphant moment of rebellion against the idea that these women need to be rescued and protected by the men around them, promising that they aren’t the same saloon bystanders as their genre forebears.

Outside of town, rancher Alice (Michelle Dockery), her Paiute mother-in-law Iyovi (the criminally underutilized Tantoo Cardinal), and son Truckee (Samuel Marty) maintain an uneasy truce with the townsfolk who treat them like pariahs. The neighboring town of Blackdom is home to free Black people positioned in La Belle’s shadow, living in dire poverty and resenting the town for carelessly poisoning their river with mine wastewater. Louisa (Jessica Sula), a light-skinned girl who falls in love with La Belle’s sheriff’s deputy Whitey, and her overprotective and abusive father Elias Hobbs (Erik LaRay Harvey), are the show’s primary Black characters, though it’s white men running amok that turns this powder keg of truces and long-simmering grudges into a spectacle of orgiastic violence.

If genre cliches are brought into a work to be deconstructed, but said cliches remain stylized and centered, then what’s actually being upended in this process? While Godless certainly attempts to question the romantic mythos of the Old West as the place where American masculinity came into its own, it also embraces visual and storytelling tropes that undermine that mission. What does it matter if the outlaws spend so much time mulling over the utility of violence when the climax of the series is still a lengthy and carefully coordinated gunfight that throws all of that philosophizing (and a few horses) out the window? Why does it matter that Mary Agnes believes in her community’s strength and resilience when those virtues merely exist to clean up a mess that some strange men plopped onto their doorstep? 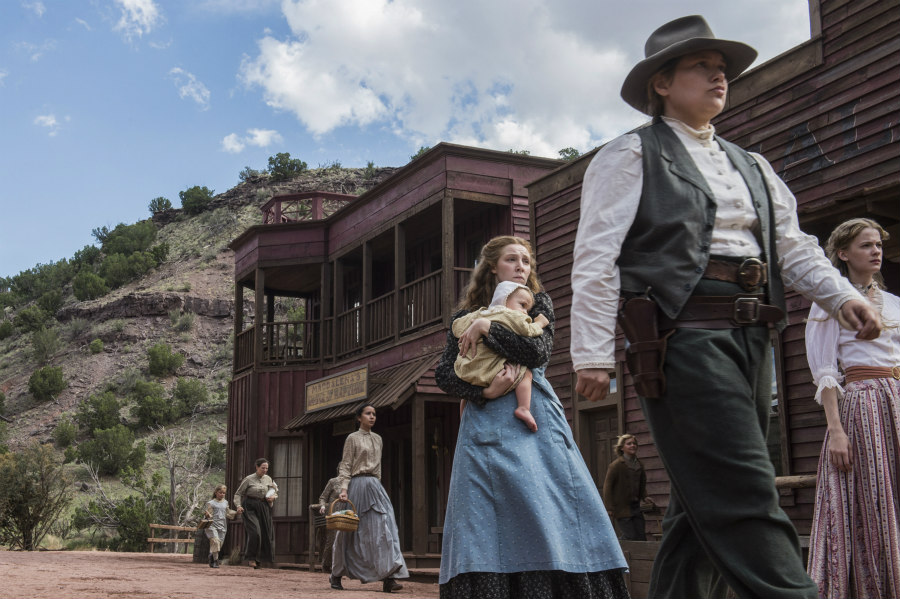 Add the show’s weak attempts at racial discourse to the pile as well. The fact that La Belle’s residents ignored Blackdom’s entreaties to stop poisoning their water implies that the gentility of La Belle came at a real human cost, often disproportionately aimed at people of color—a dynamic that many viewers will understand in the era of Flint and the Dakota Access Pipeline. However, the mine and the white people working in it are later romanticized in a gorgeously arranged flashback that shows the now-widows hugging and kissing their handsome husbands on the way to work on that tragic day.

It takes things slow. The music swells. We are meant to weep for them. Along with the show, the people of Blackdom seem to conveniently forget that backstory, coming to the defense of La Belle when Frank’s gang comes to town; the town ends up being wiped off the map in exchange for their altruism. Whitey comes by, plucks Louisa and her little brother out of the carnage, and rides off. Back in Blackdom, the camera sweeps over stacks of dead bodies, nameless Black extras, viewed through binoculars by Alice, who sends word to the nice white ladies in La Belle that they’re next in line.

In a show that supposedly defies the Western narrative, we end with the melancholic but triumphant Roy riding westward on his horse, taking in vista after vista until he finally reaches the Pacific, manifesting his destiny with the blessings of all the people he stepped on along the way. What lessons have we learned here, and what binaries have been flipped over and dissolved? Perhaps involving more of those marginalized characters in the A-plot and giving them more to do than simply wait in place for the action to arrive could have made Godless less typical, less a story of a colorful group of characters fighting, dying, and ripping open old wounds for the sake of the hero’s self-actualization—and in this show, Goode’s a hero that the majority of them have never even had a conversation with. A show that purported to uncover the untold stories of the West ended up sidelining those stories in service of one man’s journey. After seven-and-a-half-hours of halting and ambiguous deconstruction, we’ve arrived with white, patriarchal rugged individualism fairly intact.

The classic image of a cowboy is a wandering man. Symbolically, the American Cowboy has come to represent large, abstract...