With Every Slight to Black Women, The Grammys Lose Relevance | Bitch Media 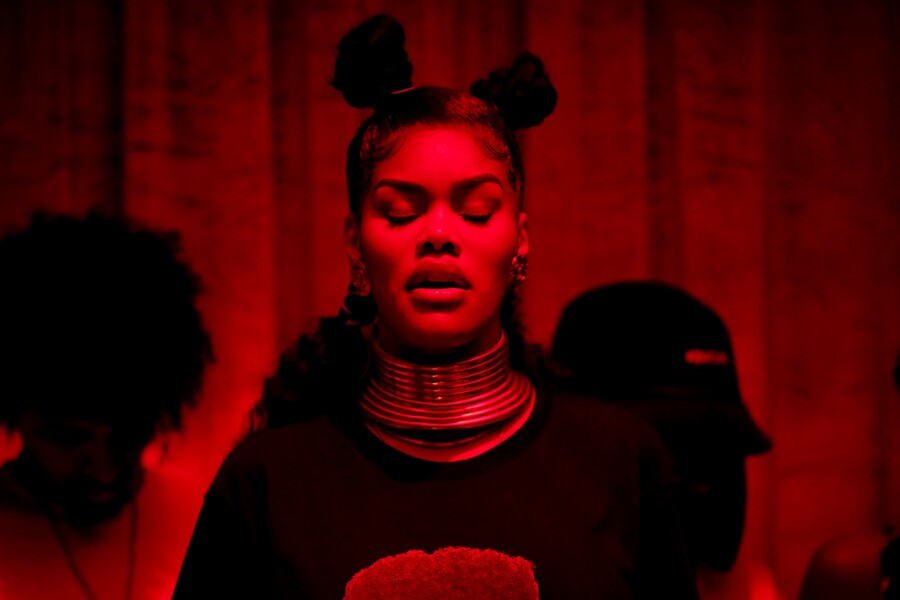 Last year, the Recording Academy, parent of the Grammy Awards, announced several changes, including renaming the Best Urban Contemporary R&B Album category to the Best Progressive R&B Album category with the intention of recognizing “albums that include the more progressive elements of R&B and may include samples and elements of hip-hop, rap, dance, and electronic music.” When asked about eliminating the word “urban”—a severely limiting term that’s been used to lump all Black musicians together—from the R&B categories, the Academy’s interim president Harvey Mason Jr. told Variety, “‘Progressive R&B’ gives us a chance to lean more into the modern R&B and hybrid-style recordings and give us a little bit of flexibility in that category.”

On its surface, the new change is a promising one, expanding the R&B category and honoring the genre’s seamless transition from its gospel-influenced beginnings to a more futuristic sound. And R&B’s recent past has strongly exemplified that evolution, with Black women artists such as Kehlani, Summer Walker, and Victoria Monét leading the way. But none of their albums, all released in 2020, were recognized at this year’s Grammy Awards, which is scheduled to air March 14. (Monét garnered a songwriting nomination for Chloe and Halle’s “Do It,” but her EP Jaguar didn’t receive any nominations). In fact, men make up most of the nominations in this year’s R&B categories, with only men being nominated for Best R&B Album. In a year in which Black women ruled the genre, the Academy’s failure to recognize their varying contributions is utterly abysmal, and, for an organization that claims it wants to be inclusive, the neglect of Black women R&B artists is a step in the wrong direction.

Attempts to honor R&B’s expansion are futile if Black women are overlooked. R&B, a fusion of its musical antecedents—blues, gospel, and jazz—emerged during the late 1940s as Black people left the South during the Great Migration. It was initially classified as race music before the term was deemed offensive and became known as Rhythm and Blues or R&B. R&B is traditionally classified by sad (the “blues”) lyrics sung over a strong backbeat and four or eight rhythm patterns. Exaggerated riffs and runs along with a reliance on improvisation also characterize the genre as vocalists mirrored the style of music performed in the Black church (where would the genre be without the ballads from soulful heavyweights like Aretha Franklin or Etta James?) Those defining characteristics laid the foundation for R&B and were dominant elements well into the 21st century, even as hip hop gradually made its way into the mix with music from Mary J. Blige and Lauryn Hill paving the way for contemporaries like Keyshia Cole and Ciara.

Then came 2010s R&B. While it’s hard to pinpoint exactly when modern R&B music began to move farther away from its traditional sound, 2011 is an appropriate marker for describing the transition itself. It was the year in which Frank Ocean and The Weeknd dropped their debut mixtapes, Nostalgia, Ultra and House of Balloons, respectively. Those two projects, released within a month of each other, laid the groundwork for what we know today as alternative R&B. Both mixtapes were defined by emotive croons, experimental beats, and soft vocals (see: popular singles such as The Weeknd’s “Wicked Games” or Ocean’s “Novacane”), which became integral aspects of the new genre. Then came Miguel’s Kaleidoscope Dream and Ocean’s Channel Orange in 2012, Jhene Aiko’s Sail Out and PARTYNEXTDOOR’s eponymous debut in 2013, and SZA’s Z and Tinashe’s Aquarius, pioneering projects of alternative R&B that are responsible for the genre’s evolving sound. It can be argued that music hadn’t seen a more impressive transition since the introduction of neosoul in the mid-’90s with artists like D’Angelo and Erykah Badu.

Nevertheless, the Grammys didn’t explicitly honor this transition until 2013 with the introduction of a new R&B category: Best Urban Contemporary Album. And only the male pioneers of alternative R&B—Frank Ocean and The Weeknd—have been awarded in the category. Though female mainstays in the genre such as Jhene Aiko and SZA have received Grammy nominations, they have yet to win the Best Urban Contemporary Album award. SZA’s sonically rich debut, Ctrl (2017) , tested the margins of R&B with ethereal sounds and vulnerable lyrics that embraced the singer’s imperfect relationship history. For example, “Supermodel” finds the singer crooning about making peace with her insecurities while challenging the toxic ways men treat her (“Leave me lonely for prettier women/ You know I need too much attention for shit like that/ You know you wrong for shit like that”). She sings over an upbeat electric guitar riff that adds to the album’s rich collection of experimental beats. Though Ctrl project received five 2018 Grammy nominations, she went home empty handed.

Similarly, Rihanna’s 2016 album ANTI, the singer’s most R&B-focused (and arguably her best) project to date, was praised for its ability to mesh semi-soulful and loud vocals over synth-rock beats (see: “Kiss It Better”). ANTI was the first album by a Black woman to spend 200 weeks on the Billboard 200 chart, and yet, it didn’t win any of the six Grammys for which it was nominated. Aiko, who’s one of the most consistent alternative R&B artists, had only received three Grammy nominations up until this year. (She’s now up for Album of the Year, Best Progressive Album, and Best R&B Performance awards.) Although it’s refreshing to see Aiko being properly acknowledged by the Academy, Chilombo is her third album and her fifth project. It’s also not her strongest one, especially compared to 2014’s Souled Out or 2017’s Trip, neither of which received Grammy nominations. Not only does Aiko’s nominations beg the question, “Where have y’all been?” , it also seems a bit tokenistic, especially given that other Black women R&B artists weren’t nominated at all.

Summer Walker’s 2019 debut album, Over It, backed by a trap production that sounds like a match made in hip hop and R&B heaven, highlights messy relationships while honestly questioning whether monogamy is ideal for her. Over It broke the record for the most streamed R&B album in its first week since Beyonce’s Lemonade, but it received no Grammy nominations. Similarly, Kehlani’s sophomore album It Was Good Until It Wasn’t, one of the strongest R&B efforts of the year, was described as “an ace R&B showcase” by Pitchfork. And yet, it was also closed out.

Teyana Taylor and Victoria Monét released promising R&B projects, and even R&B veteran Brandy released her first album in eight years, showcasing mind-blowing vocal arrangements that were fresh and impressive for someone appropriately dubbed “the vocal bible.” But none of them were recognized. While the lack of recognition isn’t a reflection of those artists’ talent, it’s a reflection of the failure of the institution to properly celebrate the women who continue to refine the R&B genre. Whether you agree that, per The Daily Beast, the Grammys are “racist as hell,” or that it continues to be “whiter than usual,” there’s value in taking the time to honor the work of Black women in music that, so often, continues to be ignored by the powers that be. Without that acknowledgement, the power and relevance of the Grammys are sure to continue to fizzle out in the years to come.