Clinging To Our GunsRural Communities Are Reeling After Parkland 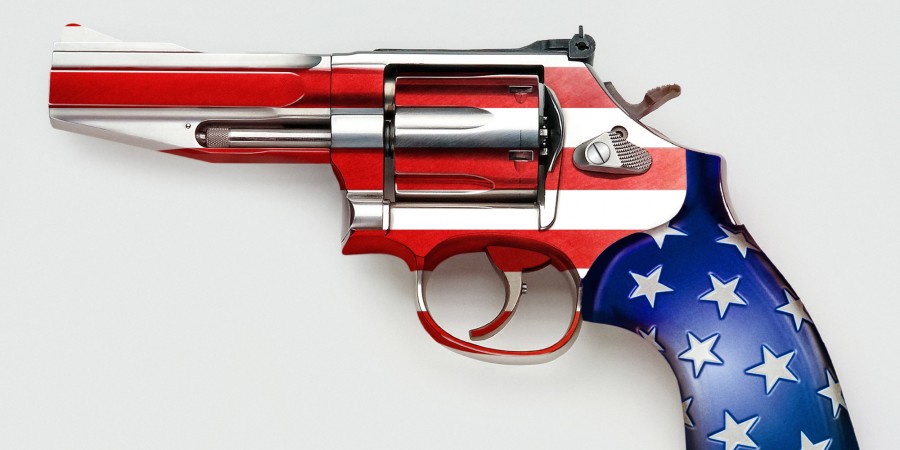 In a 2008 campaign speech in San Francisco, then-Senator Barack Obama expressed frustration about allegedly closed minds in the rural United States. “They get bitter, they cling to guns or religion or antipathy to people who aren’t like them or anti-immigrant sentiment or anti-trade sentiment as a way to explain their frustrations,” he said in reference to Midwestern communities disheartened and distrustful after decades of broken political promises. Obama’s comment sparked a political firestorm that came back to haunt him in 2012, but in coastal cities, including liberal bastions like New York, San Francisco, Seattle, and Los Angeles, some thought the candidate was telling it like it is.

Aren’t all rural communities just about God and guns?

There might have been a grain of truth in Obama’s sharp comment, but it doesn’t reflect the entirety of the relationship that people in the rural United States have with guns or the way that relationship is changing. Popular perceptions of the rural United States tend to include stereotypes about hicks and hayseeds, arch-conservatives, small-minded communities filled with small-minded people who never leave. In the same breath, white people may romanticize “small-town life” and the way it hearkens back to a “simpler time,” imagining a world filled almost uniformly with white people content to be big fishes in their small ponds. Outsiders are also deeply fixated on rural poverty, consuming stories of hardship, meth addiction, and shoeless children running wild instead of going to school.

The truth is much more complicated. The rural United States is a big place. While 80 percent of the U.S. population lives in metropolitan areas, 97 percent of America’s land mass is rural. And while many rural communities are heavily white, there are also large Latinx contingents in many rural regions and reservations are located in rural communities. Rural queers exist. And as gun violence occupies growing space in national dialogue, we must acknowledge that there is no universal “gun culture”—no matter what people on both sides of the debate attempt to argue.

In the wake of the mass shooting in Parkland, Florida, the usual procession of commentary has emerged, including defenses of weapons like the AR-15, which one Texas writer uses “for varmint control.” But some perspectives from rural essayists surprised readers. In the New York Times, rural writer and hunter David Joy articulated his own changing relationship with gun culture. Even though he still owns and uses guns and has a concealed carry permit, his attitudes about guns have evolved in response to social pressures: “It was impossible not to think that if I were Black, I’d be too scared to carry a gun,” he wrote. “It was impossible not to recognize how gun culture reeks of privilege.”

The stereotypical idea that all rural people own guns, and that many are gun collectors who rampantly disregard safety, is rooted in reality, as Shayla Maas, who grew up in rural Ohio, explains. “One of my earliest memories of living in Ohio was going out to my uncle’s place,” where shooting guns was often on the agenda, Maas says. She explains that her relatives didn’t secure weapons or ammunition in safes, handled loaded guns carelessly, and didn’t necessarily pay attention to the direction they were shooting in, either. Gun safety education was never offered while community raffles for guns were common. On the first day of hunting season, half of the student body was out of school. Watching drunk men fire guns at house parties gave Maas a deep distaste for firearms.

We must acknowledge that there is no universal “gun culture”—no matter what people on both sides of the debate attempt to argue.

“These were sort of the pillars of their personalities,” she explains, conjuring up every elite coastal liberal’s worst nightmare. The older generation has their guns, beer, and NASCAR—and they’re not open to conversations about gun control. Indeed, Maas has noticed their interests leaning more toward high-powered weapons rather than the hunting rifles of her childhood, reflecting scaremongering about liberals coming for their guns even as the “Trump slump” drags down gun sales. The tendency for gun sales to drop under Republican administrations and rise under Democratic ones is an established pattern reflecting America’s gun culture wars. The decline now, however, may also be interacting with a larger issue: Some Americans just aren’t that into guns anymore.

Things are different for the younger generation in some rural communities, where a dramatic shift in how people relate to guns is occurring. People coming of age at a time when high-profile mass shootings have become routine are rethinking their relationship to guns, especially in light of the doubling down from groups like the NRA; as support for the NRA is falling, support for gun control is rising. Maas’s contemporaries think background checks and other reasonable controls on gun ownership are a good thing, and those who do own guns are more likely to be conscientious about safety. “It’s not as clear cut as people want to paint it,” she says, noting that people who grew up in conditions where careless attitudes about guns were common can evolve over time.

Sylvia M., who lives in rural Iowa, echoes the model of a different kind of rural gun culture. While her husband is the primary gun enthusiast in their household, both of them are conscientious about safety and take precautions with storing and handling their guns. Their focus on responsible storage and handling reflects their respect for guns as dangerous, and their belief that responsible gun ownership is important.

“In the small towns where I grew up, pretty much everyone had guns of some kind in their lives,” she says, noting that her husband is a target shooter, not a hunter, but that hunting is very much part of the culture. Both she and her husband support background checks and an assault weapons ban, though in her conservative community, she’s cautious about being too outspoken.

“I think some of the stereotypes of people in small towns being ignorant of the world at large are kind of true,” she says, noting that the older generation in particular can be resistant to conversations about social issues that challenge their established views. This applies to gun violence as well, especially since she says it’s rare in their community. When it does happen, it often takes the form of suicide, fading quickly into the background.

Gun culture is a subculture, and like other subcultures, it tends to be insular—those who are steeped in the world of guns-as-cultural-identity are deep in it. Half of the guns in the United States are owned by 3 percent of the population, so-called “super owners,” but that doesn’t reflect rural communities at large. Rural communities house both the best and worst parts of gun culture, but also offer a glimmer of hope. Thanks to generational shifts, rural communities are slowly changing how they use, talk about, and purchase guns. A gun will never be just a gun in a country with centuries of loaded history, but the majority of American gun owners, including those in rural communities, support reasonable measures like background checks and waiting periods.

While metropolitan media seeks out conservative extremists to interview ad nauseum as part of its quest to “look outside the bubble,” it’s ignoring the voices of rural moderates and liberals, and exacerbating the urban-rural divide. Shifts in attitudes toward gun ownership in rural communities illustrate that change is possible, even if it is sometimes stumbling and slow. In using “rural America” as a shield to argue for unfettered firearms ownership, gun fetishists are inadvertently making gun control advocates’ points for them: A growing number of rural residents find gun control neither onerous nor offensive, and while the committed minority may be growing more extreme, it’s also shrinking.

Young Feminists of Color are Transforming the Labor Movement

Not a Follower, Not Yet a Leader