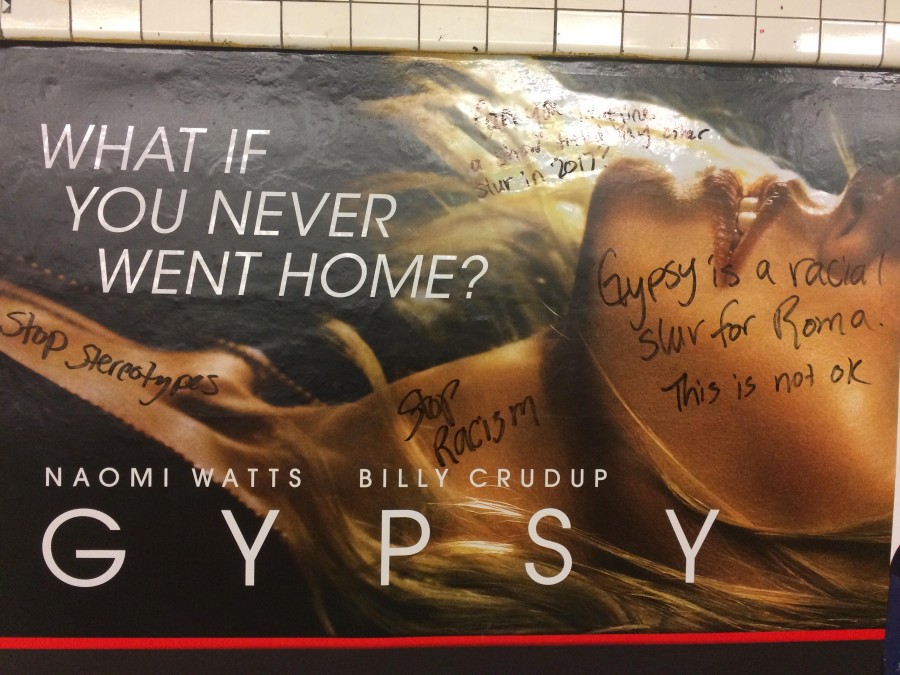 As a Romani woman, more often called by the racial slur, “Gypsy,” I watched the new Netflix original series, Gypsy, with some trepidation. The show is a psychological thriller—for the most part without many thrills—about Jean (Naomi Watts), a psychotherapist who becomes too entangled in her patients’ lives to be professional, but not nearly enough to make for exciting television—and just today the series was cancelled after only one season. Series creator Lisa Rubin, admitted to Entertainment Weekly that the show takes its inspiration from the Stevie Nicks song “Gypsy,” about a free-spirited woman who loves and disappears. The mythos of the Gypsy is a stew of stereotypes—the thief, the fortune teller, the free spirit, the seductress, and the liar, and Jean hits all of them, rebranding them as characteristics of a wealthy white woman just trying to “find herself.”

Outside of a Stevie Nicks song, the Romani people are an oppressed ethnic minority whose diasporic roots date back to 10th-century India and are currently in the midst of a centuries-long human rights crisis—one that is, in part, perpetuated by the stereotypes of the Gypsy. Yet almost no one but the Roma themselves are pushing back on the series’ title slur, the writing to the network and producers, or creating a petition to change the show’s title. Along with simple ignorance, anti-Romani sentiment is so normalized that in 2017, a premier streaming service can release a show that takes an actual racial slur as its title and no one bats an eyelash.

You may be familiar with the word “gyp,” which means to cheat someone as a Gypsy would. It’s a slur as obviously offensive as “Jewed down,” and yet people still say it in everyday conversation. Imagine replacing Gypsy as the show’s title with any other ethnic slur—the show would never have been made. And yet, Gypsy was made, riding on the back of the romantic popularization of the word in fashion, beauty, and social media. Why is there so little acknowledgement and understanding around the slur’s history? The answer is twofold: First, Roma are still not adequately represented in the UN and human rights organizations because we do not have a nation; second, many countries—including Greece, Italy, France, Hungary, Romania, and many others—still sanction the persecution of Roma through employment, housing, and education discrimination; ghettoization, police brutality, and political campaigns that insult violence against Roma.

Very often in pop culture, Gypsy stereotypes offer escapism for gadje, or non-Roma people. Jean wants to be special, swirling above the world of work, parenting, and upper-middle-class white-lady obligations with a glass of Bulleit bourbon in hand. She expresses this yearning through lying, debauchery, near-cheating, and boundary issues. The show plays on Gypsy stereotypes honed through history, including dishonesty, promiscuity, hedonism, and mental instability, that actively hurt and erase an already marginalized community. In depicting “Gypsy” ways as a lifestyle choice for carefree travelers and adventurers, the real system of oppression is also erased.

People who are oddly attached to the slur like to argue that the word can be used with good intentions. I often hear, “You don’t understand, ‘Gypsy’ means a free-spirited person!” But that image of the carefree wanderer exists alongside an ugly and continued history of persecution. When Roma first arrived in Europe around the 11th or 12th century, the Catholic church denounced these dark-skinned people with many gods and would not allow them to settle anywhere. The book Roads of the Roma: a PEN Anthology of Gypsy Writers notes that as early as the 1300s, European countries began persecuting Roma by driving them off the land, enslaving them, or ordering them killed.

In the subsequent centuries, Roma have been forced to continue moving in order to avoid violence and harassment. Roma live mostly in Europe, especially Eastern Europe, however there are Roma living in every inhabitable continent in the world. Though many Roma have settled, their nomadic origins, along with the other stereotypes of mysticism and degeneracy, were used by Nazis to justify the extermination of tens of thousands of the Roma and Sinti (a sub-group of Roma, to which I belong). Under Nazi reign, it’s estimated that between 20 to 50 percent of the Romani and Sinti population of Europe was wiped out. Rewriting a slur marked by apartheid and genocide to denote a white girl who goes to the beach with feathers in her hair, or a bad psychotherapist who connives to get closer to a patient’s ex-girlfriend, actively erases the murders and persecution of Roma that still continue today.

The seductress stereotype that Jean timidly pursues in her quest for excitement stems from a long-held belief about animalistic, insatiable Romani women. Since the long period of Romani enslavement in the Balkans and the slave trade in the Americas, Romani women have been treated as sexual property. The Gypsy Lore Society, which is still in existence and regularly publishes articles of varying credibility about Roma, began in Victorian England as a club for men who had slept with Romani women. (Consent was not considered necessary.)

Today, Romani women and girls are among those the most targeted by sex traffickers due to our supposedly sex-crazed, deviant nature, Romani women are also routinely forcibly sterilized. We see the specter of this dangerously sexual, mysterious seductress in countless pop songs: From Santana and Leonard Cohen to Lady Gaga and Hilary Duff, the list of Gypsy muses rolls on. Stephen King made sure to squeeze both an evil witch and a sexpot Gypsy into Thinner, and the racist TLC travesty My Big Fat American Gypsy Wedding did its very best to misrepresent us as ignorant despots who are somehow bothsexually repressed and oversexed.

The messages start early too. Esmeralda, the tambourine-shaking Roma dancer of The Hunchback of Notre Dame, is the only Disney heroine to perform a pole dance. The sexy Esmeralda stereotype reinforces the way outsiders exoticize and fetishize Romani women, and in Gypsy, Jean’s restless escapades moonlighting as another, more seductive woman make a mockery of a deadly serious issue.

Roma still face segregation in classrooms, employment and education discrimination, and police brutality. Living in Europe as an adult, I regularly saw “No Gypsies” signs in storefront windows; America certainly isn’t immune, thanks to its anti-Gypsy police task forces, and the fear mongering racism of Fox News. Even my privileged childhood in New England, after my Sinti grandmother fled from genocidal Germany, was peppered with ugly reminders of Gypsy stereotypes: One teacher used to give me detention for “casting the evil Gypsy eye”; a woman tried to hit my mother and my aunt with her car because she worried they’d steal the neighborhood husbands. Now, as a professor of English, I have students complain that they “don’t want a Gypsy for a teacher” or unabashedly assert, “but other Gypsies really are thieves.” I’ve been sexually assaulted after men discovered my ethnicity, because it was assumed that my kind don’t get a say in consent.

These realities are real and harmful, and they are regularly dismissed and erased by privileged outsiders who argue they can take this slur and make it stand for glamour, or mystery, or anything they want. The whole premise behind Gypsy is a selfish return to freedom, but it’s a freedom that Roma have never known. 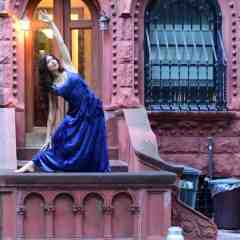 Jessica Reidy is a Brooklyn-based professor and writer whose work has won appeared in Narrative Magazine, Prairie Schooner, Luna Luna Magazine, and other publications, and she has won the Penelope Nivens award and been nominated for the Pushcart Prize and Best of the Net. She is an editor for the VIDA Review, a Kripalu yoga teacher, art model, and works her Romani family trades, dancing, healing, and fortune telling. She is currently writing her first novel.