Better With Time“Hacks” and “Girls5eva” Celebrate Women Aging in Public 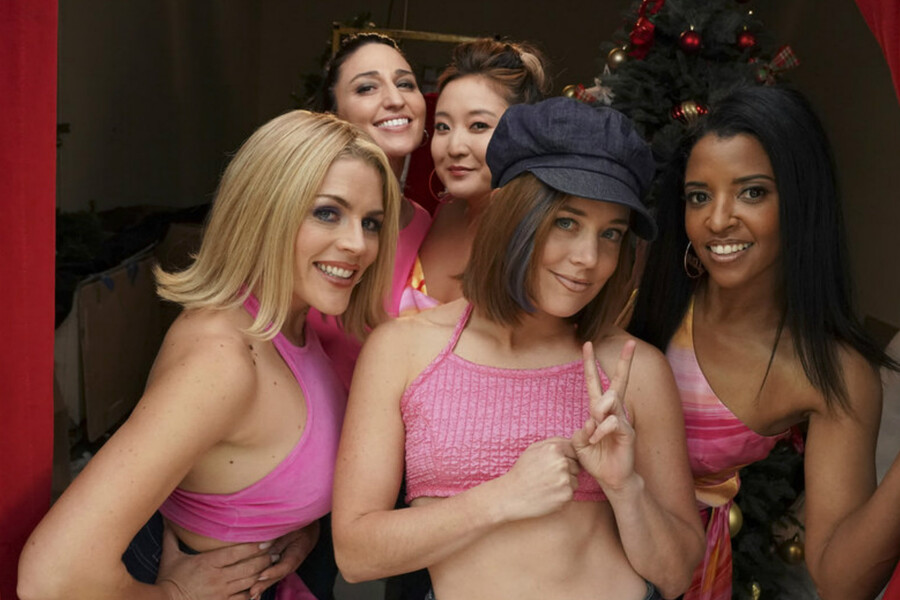 As she nears her ninth decade of life, my grandmother has gotten more candid with me about her regrets. She wishes she’d waited longer to get married, that she’d pursued her passion for real estate even though my grandfather forbade it. What I hear in these admissions is a desire for an identity independent of familial obligation. Our conversations make me wonder if there’s a time frame within which a woman can—or is allowed to—become self-actualized. A random sampling of movies and TV shows might set the deadline somewhere between motherhood and menopause because the older a woman gets, the further she drifts from reproductive viability and the less of a person she becomes.

But what if the opposite were true? What if women become more themselves as they age? Two new series, HBO Max’s Hacks and Peacock’s Girls5eva, make the case for self-actualization as a lifelong process rather than as a time-sensitive achievement. Though tonally and thematically distinct, both comedies consider how we treat women who dare to age in public, presenting aging as an experience marked not by disappearance but by growth. Hacks and Girls5eva are ostensibly about women mounting professional comebacks: Hacks stars the brilliant Jean Smart as Deborah Vance, an aging comedian whose waning popularity prompts her to collaborate with a twentysomething writer on a new act. Girls5eva follows the members of the eponymous, now middle-aged former girl group (Renée Elise Goldsberry, Sara Bareilles, Busy Philipps, and Paula Pell) as they attempt to revive their music career. But more deeply, both series center around creative women past their reproductive “primes” who pursue their passions, reinvent themselves, and indulge in well-deserved—and often generative—selfishness.

When we first meet Deborah, her best days appear to be behind her. Once a trailblazing female stand-up comic, she’s now settled into a Las Vegas residency, recycling stale bits for tepid audiences. But when her residency lands on the chopping block, she reluctantly enlists the help of Ava (Hannah Einbinder), a struggling young comedy writer, to revamp her act and convince the hotel’s owner to save the show. Ava is soon tasked with cataloging tapes of Deborah’s past performances, all stacked in the basement of her Vegas mansion as if they’re artifacts. Deborah’s routines of yore are refreshingly bold and brash, touching on issues like sexual harassment and abortion, and Ava wonders how she might build upon that same spirit while improving and advancing it. Together, the pair crafts a show that both channels Deborah’s old bite and accesses a newfound and hard-earned vulnerability. Deborah debuts the act in the season finale, commanding the stage in a stunning sequined pantsuit. Every other night of her residency, she says, “I told a lot of the same jokes. But tonight, I’m not gonna tell you those same ones. Instead I’m gonna tell you why I told those jokes.” It’s a risky approach. But she spent years learning and perfecting her comedic craft; now she knows the rules well enough to break them.

Deborah’s work reaches new heights because she’s gotten older. She’s built up a robust arsenal of experiences to draw on, spent years honing bits through trial and error, and earned the creative freedom that comes with prior success. Most important, she’s outgrown that youthful impulse to please others, to be liked and accepted. Instead, she wants to bring her fullest self to the stage, no matter how audiences may react. This attitude comes in handy: Deborah’s show doesn’t receive the warmest reception. “I bombed and I loved it,” she tells Ava. “I haven’t felt that way in years.” Her eyes are aglow. “The show didn’t work but it will—pieces are there. I just have to figure out how to put them together.” This isn’t a portrait of an old pro who traded curiosity for comfort. Deborah’s a fully realized artist whose desire to invent and imagine has sharpened, not diminished, with age.

Hacks understands that arriving at this point of artistic and professional self-actualization is fraught, especially for women. Deborah’s growth isn’t linear, and she’s had to sacrifice a lot for her success. At times her work suffered for the sake of financial security; her own daughter suffered for the sake of the work, which took up most of her time. And she often had to compromise her integrity to establish her career. In one episode, Deborah works out some of her new material at a small comedy club in Sacramento where she used to perform. As she recalls the mistreatment she endured as a woman comic, Ava pushes her to consider whether there is more she could have done—more she can do now—to advocate for herself and other women. Deborah is incensed at the idea, but when she catches the club’s douchebag emcee harassing a performer, she lets loose. She offers the emcee a cash payout if he agrees never to do comedy—not even podcasts!—ever again. “What Deborah ends up doing on stage is the heart of what Ava’s been wanting her to do,” cocreator Lucia Aniello told the Los Angeles Times, “which is to get a little bit angry and honest about what it has been like to be Deborah Vance all these years.”

As one-hit wonders, the women of Girls5eva are not nearly as jaded as Deborah, but they’re similarly tasked with reinventing themselves well into their careers. Since the group’s disintegration in the ’90s, each member’s life has unfurled in unexpected—and sometimes disappointing—ways. Dawn (Bareilles), a burnt-out restaurateur, and Summer (Philipps), a neglected housewife, are both married with children. Gloria (Pell) pines for her ex-wife while burying herself in her work as a dentist. And Wickie (Goldsberry), the group’s resident diva, performs a glamorous life online but barely scrapes by as an airport employee. But when a popular rapper samples one of Girls5eva’s old songs, the four women seize the opportunity to reenter the music industry and redefine their legacy.

In devising their comeback, they revisit their catalog, which includes songs like “Jailbait” (“Jailbait, great at sex/ But it’s our first time”) and “The Other Girl” (If my man does cheat/ We’ll only get real mad at the other girl/ It was her fault only”). “I get why we sang this stuff as teenagers,” Dawn says, “but we have adult earholes now.” An evolution is clearly in order. So they ditch their old manager, a creep prone to verbal abuse who they discover exploited their naivety to screw them out of their initial contract. (“Why did we sign it?” Wickie laments. “We were kids,” Dawn responds. “We didn’t know.”) And Dawn decides, for the first time ever, to write songs of her own, a long-held desire the group’s manager quashed early on. Like Deborah, she struggles to balance this new work with her responsibilities as a mother. But rather than shying away from the challenge, she embraces it; she invests in herself first and, in doing so, becomes better for those around her. The song she writes for the group, “Four Stars,” reflects fierce but grounded ambition: “We’re gonna start fresh/ Take a couple new steps/ And wear our comfortable shoes/ So what if we risk it all and tried?/ Knowing we might fall, but we might fly/ I am a work in progress/ I’m not finished yet.”

Toward the end of the season, Wickie must choose between security and self-realization. She becomes a judge on a popular but terrible reality show, and her high-paying contract stipulates that she can never perform again. Success this late in life, it seems, takes serious compromise. Her options are whittled down to comfortable discontentment or precarious fulfillment. She seeks the counsel of Dawn, who has opted for the latter. “For the first time in my life, I’m not taking no for an answer, and honestly, it feels kind of good,” Dawn says. “It’s pointless, but it’s what I’m doing.” Like Deborah, Dawn finds unexpected delight in the struggle of it all, in the challenge that she is being forced to meet. Hungry striving is so often synonymous with youth, but Hacks and Girls5eva prove that women’s passions and desires don’t fade with age.

Hungry striving is so often synonymous with youth, but Hacks and Girls5eva prove that women’s passions and desires don’t fade with age.

Offscreen, both series have also created thrilling opportunities for otherwise late-career women artists. Smart, 69, has spent most of her career being chronically undervalued. “For actors, I think the most painful thing is knowing how much you have to offer and never being given the opportunity to do it,” she told the New York Times. Hacks has provided the kind of role she’s dreamed of—and deserved—for decades. Goldsberry, 50, didn’t break through until she starred in Hamilton at the age of 44. Girls5eva marks her first lead television role. “There’s something beautiful about things happening in a different way than we expected, later than we thought,” she told the Times. But she also knows how anomalous her experience is: “Don’t underestimate how invisible a middle-aged Black woman is.”

If Hacks and Girls5Eva share a common thesis, it’s that growth requires the passage of time and the support of others. Regression, though easy, is rarely productive; great art and true self-actualization depend on personal evolution. Despite a culture that fetishizes youth and frames aging as something to prevent or reverse, I look forward to accumulating experiences and cultivating relationships. I think, in her old age, my grandmother is more fulfilled than ever, with freedom and friendships she never had in her youth. I see her later-in-life liberation reflected in the women of Hacks and Girls5eva. After so many years devoted to spouses and children, or contingent on the whims of (male) hotel owners and managers, their time and energy and lives are finally, fully theirs.

Read this Next: Capitalism Is a Cult, and You’re Already a Lifetime Member 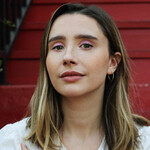 by Grace Ebert
Cultish language purposely obscures and confuses both followers and nonbelievers.