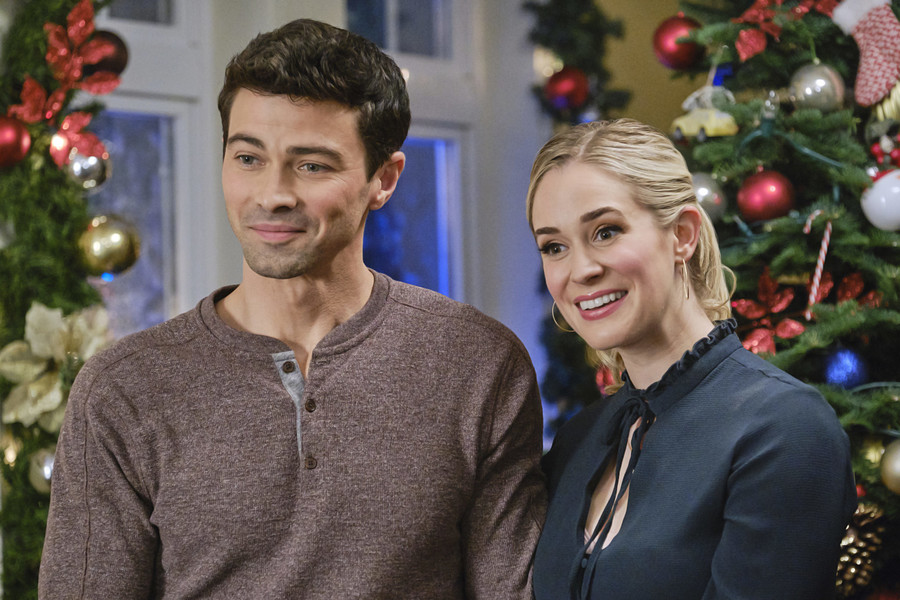 This past Hanukkah began on December 22 at sundown; like all Jewish holidays, the date jumps around on the days of the sun’s calendar from year to year. When I was younger, I got excited when Hanukkah fell close to December 25. I didn’t celebrate Christmas, so a closer proximity meant that Hanukkah would fall over my public school’s “holiday” break. When this happened, I always felt like it included  my holiday too. Christmas rolled around and my family would do Not Christmas, but we still bathed in the additional lights of New York City, window shopped the cheesy decorated storefronts, and sang along to the carols that played incessantly in every cafe and business with an open door. We knew how to Christmas by merely existing.

In 2019, the Hallmark Channel, best known for its vast selection of holiday cards and annual “Countdown to Christmas” original movie series, decided to enhance its yearly output by introducing two “Hanukkah movies” into the mix. After years of criticism that the channel’s characters lacked diversity, the network coughed up Holiday Date, a movie about a woman who is dumped right before the holidays and takes an actor home to impress her Christmas-obsessed parents. Except—surprise!—he’s Jewish. The movie’s token Jew reveals patronizing and stereotypical depictions of Jewish people and the lives we live, and shows how dangerous surface-level “representation” is in a time when violent antisemitism is literally killing us.

To be clear, this is not a movie review. Hallmark movies are universally known and often loved because of their corny one-liners, outdated stereotypes, and predictable plotlines, and Hallmark itself isn’t known to be especially inclusive of marginalized identities. Beginning at the end of October (which, by the way, should be illegal) to January 1, Hallmark serves only the most predictable Christmas movies known to television: It’s their brand, and it is unabashedly strong. The “Cheesy Made-For-TV Christmas Movie,” as the New York Times calls it, has no intention of going away: In 2018, according to the NYT, Hallmark was the most-watched cable channel for the entire fourth quarter among “women 18 to 49 and 25 to 54, and outperformed broadcast networks on Saturday nights among all households during the Countdown to Christmas.”

This past Hanukkah, authorities investigated nine antisemitic attacks in the New York area alone. In Monsey, New York, a suburb close to the city with a large Hasidic Jewish population, an attacker broke into a rabbi’s home during a Hanukkah celebration, and as the seven lit candles still dripped with hot wax, stabbed five Jewish attendees with a machete. Now, of course it’s not Hallmark’s fault that this violence occurred during the same holiday they debuted their first Jewish character. But these two events, occurring so tragically in tandem, force us to reconcile how useless Hallmark’s weak attempt at Jewish representation actually is. The message of “Jews! They’re just like us!”—is insulting when antisemitic violence is rising and taking actual Jewish lives.

Holiday Date is far from a Jewish holiday movie. More accurately, it is a Christmas movie with that one Jewish friend. The movie opens with a snowy New York City street, behind it the familiar sound of “White Christmas” playing as the camera gifts us a montage of picturesque moving shots. The main character, Christmas-loving small-town girl Brooke (Brittany Bristow), is dumped before going home for the holidays, and brings home an actor friend, Joel (Matt Cohen), who pretends to be her now-ex.

Plot twist: Joel is Jewish and, despite living in New York, apparently completely unaware of how Christmas works. The character is completely stripped of common sense and social awareness in his role as the closeted Jew here to ruin Christmas. He blurts out a random “Mazel Tov” to a young Christian girl, defies family tradition by decorating the entire Christmas tree alone while they wrap up dinner, shorts the house’s power circuit plugging in tree lights, and doesn’t know the tune to “Deck the Halls.” Joel, as a non-visible Jew, has the privilege of sneaking under the radar, beyond the fact that he appears to have never seen a Christmas tree before.

In reality, secular Jewish New Yorkers like Joel do not live in cultural isolation. We live in a vibrant and diverse city. We attend schools with kids who celebrate Christmas; we walk past the tree sellers who set up shop around Thanksgiving and breathe in the deep smell of pine and cedar; we have Christian friends and sometimes celebrate holidays with them we don’t celebrate at our homes; and we hear Christmas music from October to December. The Christian idea of how Jews look and act is rooted in antisemitism even what it may not seem as such: For Joel, being able to pass as “non-Jewish” because he doesn’t “look like a Jew” is part of the problem.

Hallmark’s message of “Jews! They’re just like us!”—is insulting at a time when antisemitic violence is rising and taking actual Jewish lives.

In Holiday Date, Hanukkah only exists in relation to Christmas. The character of Joel is the conflict of the story, and his Jewishness is inherent to that conflict. When he finally comes out to the family about being Jewish, the gleaming Christmas tree behind him, the family goes through the emotional process of shock, confusion, and, ultimately, acceptance. The rest of the movie is an over-the-top demonstration of Hanukkah traditions, a showy line-by-line teaching of what’s actually a relatively low-key Jewish holiday. The nice white Christian family smiles along as they take in this wild new cultural information, the mom embracing latke-making while wearing an “Oy Vey” apron. As a writer from the New York Times put it, “It would take remarkably little editing to turn the whole thing into a Jewish Get Out.”

The movie offers an annoyingly simplistic and infantilizing depiction of Jewish people, one that feeds on Jewish stereotypes and an antiquated idea that Jews have no idea how to behave in Christian America. And if this were just another bad holiday movie, perhaps I could get past it. But in a political era that has seen a startling rise in blatant antisemitic and white-supremacist violence, Holiday Date cannot take place in some Bad Hallmark Movie vacuum. It has implications.

This attempt at Jewish representation within the canon of Christmas movies reads as a meek effort to adapt to a changing cultural environment that demands equality of representation in popular culture. Brands have come under increasing pressure to diversify, and come under fire when they fail to represent various identities fairly and in good faith. The “representation” is calculated, designed to check boxes as insurance in case their diversity practices come into question, without addressing structural issues like the makeup of a writing room or the equal payment of actors.

Holiday Date fits the bill. To throw a Jewish character into a Christmas film, spell out how to light a menorah and what sufganiyot are, and call it diversity is counterproductive when that character is portrayed so ignorantly. Ironically, the channel seemingly went out of its way to produce a “Jewish” film, considering any demand from the Jewish community for representation in the Hallmark Countdown to Christmas is very low. I personally would rather not see a Hanukkah movie that fits the Christmas-movie mold, created as a way for Hallmark fans to feel better about the otherwise homogeneous network. Look! It’s Hanukkah! But if the network is going to include Judaism, it must work to do so without leaning on stereotypes.

Contrary to what Hallmark may think, assimilation of Hanukkah traditions into the glossy consumerist culture of Christmastime is not something most Jewish people are actually interested in. They can keep the tackiness to themselves, thank you very much. But beyond that, a true Jewish holiday movie wouldn’t be about Hanukkah at all: It would tell the story of a family around Rosh Hashana (the New Year) and Yom Kippur (the Day of Atonement), the most important of the Jewish holidays. Hanukkah, as it exists to Hallmark, is just Christmas’s quirky ethnic sidekick.

It’s exciting that people who produce popular culture are finally making commitments to diversity, whether because they want to or because they have to. However small, I do think progress is being made on a macro level, and we should continue to press brands to depict us screen fairly and accurately. But at the same time, symbolic representation is not enough, and can sometimes do more harm than good. When violent antisemitism is affecting real people’s lives, we need to challenge the stereotypical portrayals of the Jewish community that feed that hatred. Because, actually, we’re not here to ruin your Christmas or steal your daughter. Antisemitism is real; the War on Christmas is not.

Read this Next: Scared Silly 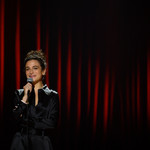 by Noa Azulai
“Stage Fright” is a distillation of how we live with and confront fear, and the lifelong process—and joy—of overcoming it.