Personal ParallelsHalsey’s Gothic Film Is a Gendered Journey Through Pregnancy 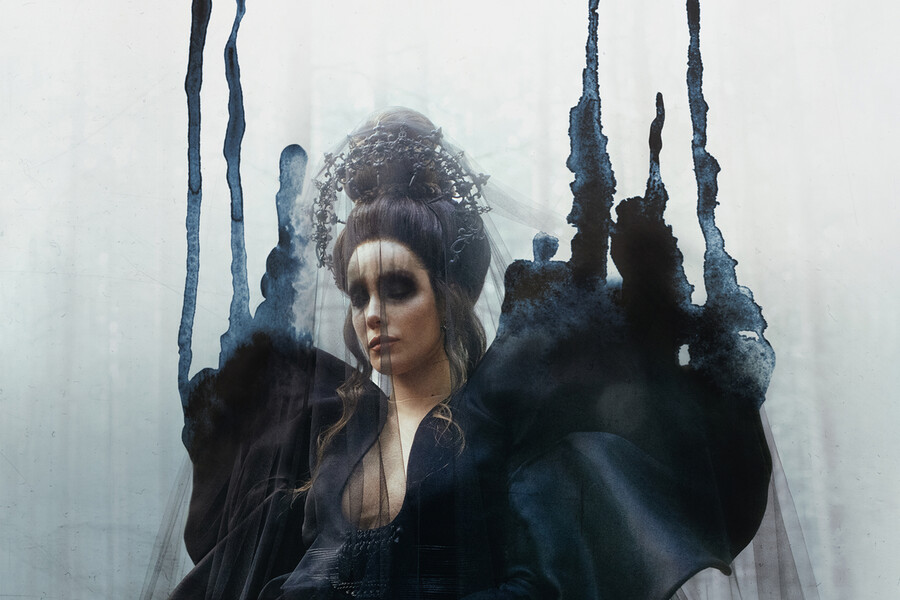 Halsey as Queen Lila in If I Can't Have Love, I Want Power (Photo Credit: HBO Max)

The queen’s eyes are absent to the dead man in front of her. Looking past him, she finds a dusty mirror on the opposite end of the room. There she sees a haunting image of herself: a being with dark eyes, voluminous hair, and a slight smile.

Queen Lila, the main character of pop singer/songwriter Halsey’s film If I Can’t Have Love, I Want Power (HBO Max) faces multiple tragedies, though the dead king is not one of them. In this hour-long companion piece to Halsey’s album of the same name, decadent, moody visuals pair with sorrowful synth-pop and vengeful rock music to craft Lila’s story of murder, pregnancy, and posession.

Truthfully, Lila (played by Halsey) is glad to see her king gone—he was also her abuser. But as is often the case with powerful men, the harm he caused her lives on through his death, making its home within the distrustful nobility of the royal court, who are eager to dispose of her. Lila knows this, even anticipates it. After the king dies, it’s hard to tell whether she’s genuinely remorseful or if she’s simply performing as a widow in despair. Locking eyes with her ghostly reflection—one of the scarier moments in this work of horror—leads to an awakening of sorts. The apparition follows Lila through the hurdles of her remaining life. At first, the queen believes it to be malevolent, but eventually she embraces this being—her other self—in a transcendent fashion.

The gothic tale runs partly in parallel to Halsey’s personal life. While writing the album, she became pregnant, and gave birth to a child with father and current partner Alev Aydin in July, a moment she described as “euphoric” that made her full of “gratitude.” In an interview after the album’s release, Halsey opened up about her fears: “[Pregnancy is] arguably the most dangerous condition a human body can experience, and has been for millennia. It kills people, and to this day it still kills people who don’t have access to the right healthcare.”

The album reflects that innate terror of losing oneself in pregnancy with a brooding, tempestuous layer (courtesy of industrial rockers turned film composers Trent Reznor and Atticus Ross, the producers.) Against the echoing rings of “Bells in Santa Fe,” which soundtracks the film’s opening scene, Halsey sings listlessly: “Don’t wait for me, don’t wait for me / It’s not a happy ending.”

Halsey is intimately aware of the difficulties that pregnancy brings. In 2017, she shared publicly that she suffers from endometriosis, a uterine disorder that had caused her to miscarry multiple times. Finally expecting a baby, her body transformed completely, but it wasn’t easy. Beyond the physical, she realized that the way she understood her gender was shifting, too. Shortly after her pregnancy announcement, she elaborated on Instagram: “It’s strange to watch yourself change so quickly. I thought pregnancy would give me very strong, binary feelings about ‘womanhood’ but truly it has leveled my perception of gender entirely.’” A month later, she publicly changed her pronouns on social media to “she/they.”

It’s within this view of parenthood, and the effect it has on gender and how pregnant people are perceived, that the events in If I Can’t Have Love, I Want Power begin to make sense. Lila’s disillusionment with her pregnancy is based on a realization that her body does not belong to her. In “1121,” Halsey questions their bodily autonomy: “I know the parts of myself that I’ve hated / And I can’t tell which ones are mine / And which I created.” In the film, the song plays over a funeral scene for the king, emphasizing Lila’s newfound freedom from her abuser, but still unsure where that leaves her.

Lila’s haunting reflection is both an omen and a guide. In a nighttime scene following the king’s funeral, Lila writhes sensually in her bed, stripped down and enjoying the freedom of finally being alone. But creeping forward is her phantasm, who runs its hands over the length of Lila’s body before violently punching through her stomach. Lila screams in pain; the next day she discovers she is pregnant.

Who is this ghostly apparition that seems to determine Lila’s freedom or lack of it? One of the song titles provides the answer: Lilith, a demonic figure based in Jewish folklore, thought to be the first wife of Adam. In one of the oldest tales, Adam demands her submission; Lilith, believing that man and woman are equally made in God’s image, refuses and flees the Garden of Eden.

In Halsey’s work, “Lilith” plays in a jazzy, relaxed groove as Lila—still dazed from her encounter with the specter the night before—bathes herself surrounded by female attendants. The moment is serene and communal, a reminder that Lila is not completely alone in her vast castle. But as she exits the bath, the lyrics echo menacingly: “I am disgustin’ / I’ve been corrupted / And by now, I don’t need no help to be destructive.” Lila, in this moment, views Lilith as a corrupted and unwelcome presence. Yet both Lilith and Lila defy the expectations of man to behave like a certain type of woman.

Even as she bears an heir to the throne, Lila is distrusted by her court, who view her as an aberration and stain upon the royal crown. In one of the few lines spoken in the film, the court’s top aristocrat (Brian Case) makes his case clear to Lila: “You have a responsibility to conduct yourself with dignity and honor, yet you walk with the widened gait of a whore.”

This attitude is another link to the real-life burdens that Halsey carried as a pregnant person, but they weren’t alone; it’s a struggle that all pregnant people who do not conform to traditional ideas of motherhood know. Transgender and non-binary pregnant people, particularly those who are not femme-presenting, do not receive adequate care from health-care providers. Studies have shown that fewer than half of ob-gyns in the United States are comfortable with providing care for transgender patients. A 2015 report from the Obstetric Medicine academic journal written by Juno Obedin-Maliver and Haley J. Makadon, revealed that many transgender and non-binary patients experienced “significant and persistent loneliness” while pregnant, especially given the “lack of clear role models of what a positive, well integrated, gender-variant parental role might look like.”

Lila’s difficulties in accepting her pregnancy are not as severe as those who identify as transgender and non-binary. But the film still highlights a dysphoria within Lila, in that she believes her body does not belong to her anymore. As a highly surveilled and managed royal, Lila has no space to process her growing unease as a life forms within her. Instead, she reacts with heightened over-confidence and blatant disinterest, carelessly prancing in the streets to “Girl is a Gun.” The lyrics beg and coyly threaten: “Stop ‘cause you’re killin’ my vibe…I come loaded with the safety switched off.”

It isn’t until she is confronted by the aristocrat that she recognizes the true stakes of how others perceive her body and the child she carries. The aristocrat announces that if the child is born a girl, “it will be tossed into the sea,” and regardless of the child’s gender, Lila will be executed after giving birth.

I am more than a woman, they seem to say. I exist beyond the confines of what society demands of me.

The clarity of this pronouncement, so founded on patriarchal expectations of the gender binary, motivates Lila to action. When she begins going into labor, she runs to the cabin of a witch (Sasha Lane), seeking help and comfort. As the queen delivers the baby in a swell of agony, Lilith stands over her, watching intently. Lila remembers the death of the king, one she orchestrated by poisoning his wine bottle. The memory serves as a reminder of who she is, and the resilience she holds; that this body, this child is hers, and hers alone.

Soon after, Lila is found and the child is taken from her. She is led to a guillotine, her court looking on with approval, believing the disgraced harlot has finally met her fate. Yet Lila does not look scared or even angry. She walks to the execution chamber with poise, marching to the beat of Halsey’s anthemic single from their album, “I am not a woman, I’m a God.”

The song is the first instance of Halsey explicitly proclaiming a gender identity that exists beyond the structural confines of womanhood. “I am not a woman, I’m a god / I am not a martyr, I’m a problem,” they belt, yearning for a recognition that stretches past femininity. I am more than a woman, they seem to say. I exist beyond the confines of what society demands of me.

Beneath the guillotine, Lila dreams about what a peaceful life without constraints might have looked like. In this fantasy, she looks comfortably at ease playing and laughing with her child, now a few years older and dressed in a white nightgown. The film, notably, offers no statement on the child’s gender. “Darling don’t you weep,” Halsey sings over gentle, acoustic guitar strums. “There’s a place for me.”

Yet in the end, the axe falls, and Lila with it. As the crowd of onlookers gape at the decapitated body, a figure stands out from the rest, with voluminous hair and dark eyes, wearing a golden crown that outlines the contours of her face. Lila, reborn as Lilith, gazes up with purpose. In sacrificing her life, she’s accepted the value of her own. In giving up power, she’s found a love within herself, shedding her earthly constraints to become empowered beyond mortal measure.

Read this Next: What Happens to Women When They're No Longer Media Tropes? 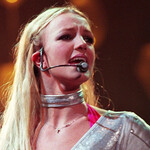 by Jennifer Chang
We still aren’t fully comfortable with women who can't be slotted into recognizable roles. 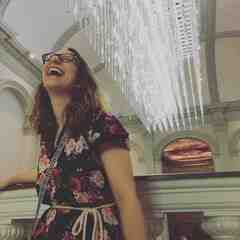 Rachel Saywitz (she/they) is a freelance writer, critic, and graduate student living in Queens. You can find them on Twitter.