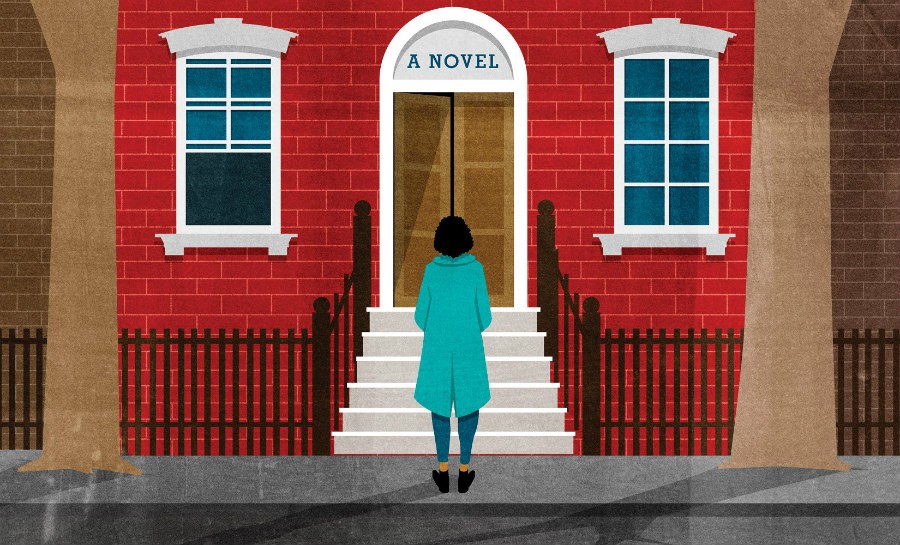 “Brooklyn isn’t what it used to be,” is a common refrain from those who lived in the creative Mecca before the rising cost of Manhattan’s rent brought scores of affluent white people to their neighborhoods. I’ve heard the sobering statement from the owner of my bodega, who moved from Ecuador to Crown Heights in the early 1980s, and from a Jamaican business owner, who sells jerk chicken in front of an out-of-place white apartment building. I’ve heard it from my nail tech, a young, Black woman who opened her own nail salon in 2015, and from my neighbor, an Army vet whose arrest warrant was posted on the front door of our building a few weeks before I moved.

Long after Sex and The City’s Miranda Hobbes (Cynthia Nixon) ditched her Manhattan apartment for a spacious house in Brooklyn, white people saw an already-populated borough as new terrain. Barclays went up, developers swarmed to buy properties and empty lots, and now, the rent and property taxes are so high that those who created Brooklyn’s culture are being priced out. Blocks aren’t blocks anymore. Parks that were once booming with creativity are now heavily patrolled by police officers. While heavy-handed in its approach, She’s Gotta Have It captured a bit of this tension between “new Brooklyn” and those who’ve owned a corner of the universe for decades. When a new, white, brownstone owner calls the police on Papo (Elvis Nolasco), a street artist who’s developed a loving relationship with the neighborhood, it’s a touch-point for those who’ve watched their neighborhoods transform in front of their eyes. Active erasure also shows up strongly in Naima Coster’s beautiful debut novel, Halsey Street.

When Penelope Grand, an aimless artist living in Pittsburgh, is called home to care for her ailing father, Ralph, she realizes that her Brooklyn neighborhood has completely transformed. In fact, gentrification is taking its very soul, and her father’s as well. What happens when both Brooklyn and your childhood home become relics? Since her mother, Mirella, left, Ralph keeps their family’s home like a museum. Nothing changes. The furniture remains the same because he’s hoping Mirella will return and make their lives whole again. Coster uses gentrification as a metaphor for the Grand family; their relationships are in disrepair and may never be fixed, but revitalizing—or reconnecting—will only cause more harm. 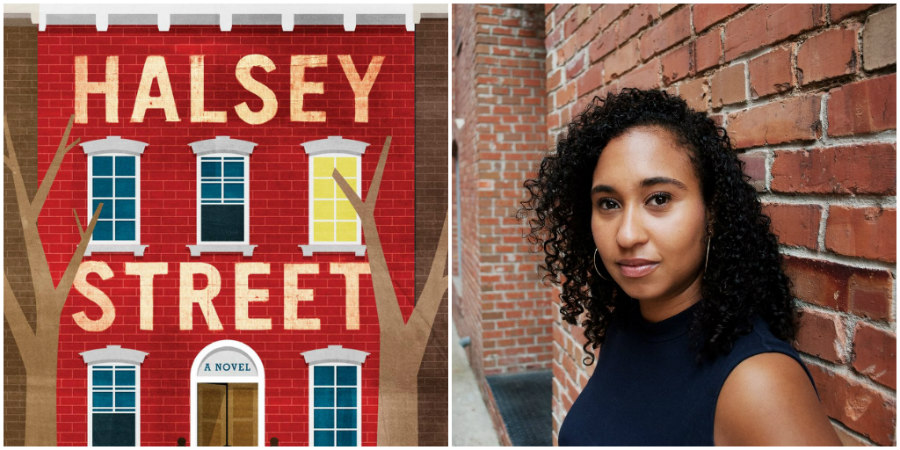 Does improving an area come at the expense of its people? Gentrification has cost Ralph everything—his record store, his passion, and his marriage. His heart breaks when he’s forced to close his record store, the one thing that’s helped him navigate the trauma of being abandoned in a boys’ home in Harlem. When aspiring grocery store owners offer his landlord twice the amount that he’s paying, Ralph is forced to abandon his store. Although Ralph and Penelope’s neighborhood is getting an organic grocery store, their access to that resource is limited. The same can be said for the school where Penelope begins teaching. As the school expands to include a jazz band and garden, Black families are being pushed out while white kids reap those educational benefits.

Penelope doesn’t want to live in her father’s decaying brownstone because it holds too many unpleasant memories. Instead, she decides to move into a brownstone on Greene Street that’s owned by the Harpers, a nuclear white family that embodies gentrification. They have no investment in the preservation of the neighborhood, and have never even taken their daughter for a walk to the local restaurants or parks. Yet, their family is fraying at the seams. While it seems that they have it all, their marriage is crumbling—and so is their kitchen. Penelope thinks that the family’s living quarters, which are closed off to her, include renovated interior and couches stained with love. Instead, she finds that their kitchen is in as much disrepair as the one in her father’s house. This striking realization calls to mind how so much of gentrification is steeped in appearances.

Schools with white children have better test scores, so shouldn’t gentrifying schools offer more advantages to children of color? In theory, yes, but the actuality is different. If neighborhoods have homes with higher property values, doesn’t that benefit the people of color who own houses in that area? Sure, except it also increases their property taxes, which can price them out and cause them to lose their homes. Since there’s a greater police presence in gentrifying neighborhoods, shouldn’t all residents feel safer? Yes, if officers weren’t killing thousands of people, disproportionately people of color, each year. While the idea of gentrification seems reasonable and something to rile up our excitement, why do neighborhoods have to become whiter and pricier to have better resources? 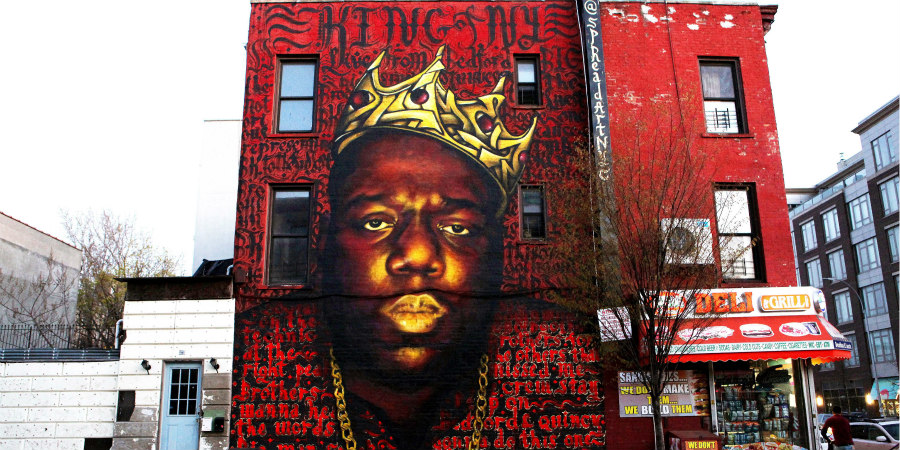 Penelope passionately argues this point with Marty, a white friend of her landlord Marcus, in a compelling scene. When Marty implies that “there’s no telling what this neighborhood could become,” Penelope quickly corrects him, and points out that gentrification will displace those who’ve built and sustained community gardens, approved graffiti murals, and fostered community investment. Penelope’s anger is justified, and also reflects how she sees and understands displacement in her own life.

Penelope’s mother, Mirella, felt erased in her own home. While Penelope and Ralph’s relationship strengthened, her relationship with her daughter declined, primarily because she felt as if Ralph’s friends didn’t see her as an equal. Instead, her contributions—about art, about recipes, about music—weren’t considered valuable. Similarly, Ralph feels invisible in “new Brooklyn.” When Penelope takes him to a new restaurant, he realizes they’re the only Black people in the establishment—an odd feeling for those who laid the groundwork for Brooklyn, but are now being buried beneath the rubble of new concrete. Penelope asks a simple question when she begins feeling isolated while attending the Rhode Island School of Design: “Why linger where you aren’t wanted?”

It’s a question that drives her from a school where teachers tell her that her illustrations are too clean, too small, and too unnoticeable. Answering that question pushes Mirella to move from Brooklyn to her native Dominican Republic where she’s able to create her own community that’s not predicated on her marriage to Ralph. Penelope continues to answer that uncomfortable question after an impromptu sexual relationship with her married landlord leads to her being pushed out of the attic room that she’s renting. How will working-class people of color in Brooklyn answer that question? Does Brooklyn have room for them? Or will they, too, be forced to plant new roots elsewhere?

In her portrayal of a borough that’s lost its identity, Coster paints a vivid image of a broken family that isn’t clear how to move forward, but knows that it must in order to survive. We become who we must be, particularly in times of turmoil. Brooklyn is not what it used to be, so what will it become? Halsey Street grapples with that question, and unfortunately, presents no neat and clear resolution.