Pains of FameBillie Eilish Comes Into Her Own 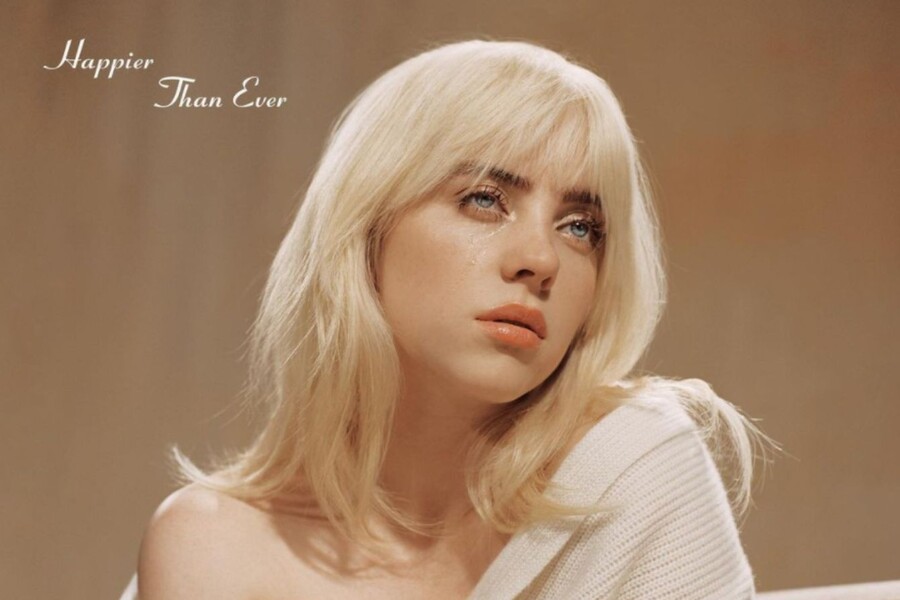 Billie Eilish on the cover of Happier Than Ever (Photo Credit: Kelia Anne MacCluskey)

Several recent releases from prominent young women musicians have proven that they’re more self-aware and in tune with their bodies than most people estimated. One of the first lines on Olivia Rodrigo’s debut album Sour was the staggeringly smart quip “And I’m so tired that I might/ Quit my job, start a new life/ And they’d all be so disappointed/ ’Cause who am I, if not exploited?” Then there was Clairo’s latest record Sling, whose first single “Blouse” reckoned with the hypersexualization she’s faced since rising to fame: “Why do I tell you how I feel?/ When you’re just looking down the blouse/ It’s something I wouldn’t say out loud/ If touch could make them hear, then touch me now.” It’s not as if these stars set out to write about this topic; they aren’t left with much of a choice, as Billie Eilish highlights in her new album Happier Than Ever.

“Getting Older,” the first track on her album, says it all. “Things I once enjoyed/ Just keep me employed now,” she sings dejectedly, echoing the same sentiment that runs throughout Rodrigo’s album. Eilish is still a teenager, though she isn’t treated like a 19-year-old; and when she is treated as a young woman on the brink of adulthood, it’s in either a condescending or a fetishizing way. As a result, Eilish has been forced to mature faster and face responsibilities she didn’t ask for. “Getting Older” is a stark entrance into the album, letting her audience know she has reservations about making music at all, though she still reassures them, “There’s reasons that I’m thankful/ There’s a lot I’m grateful for.” The truth is that Eilish—like Rodrigo and Clairo—is inherently less powerful than a man in her position. The lead single “Your Power,” a twinkly ballad, grappled with this idea: “I thought that I was special/ You made me feel/ Like it was my fault, you were the devil/ Lost your appeal/ Does it keep you in control?/ For you to keep her in a cage?”

Eilish hits the nail on the head: A musician who’s a young woman will always be a young woman first. Despite the light tone of the album artwork, capturing as it does a sense of purity, the songs themselves are imbued with dark textures. “Not My Responsibility,” buoyed by soft background synths, is a spoken-word monologue: “Do my shoulders provoke you? Does my chest?/ Am I my stomach? My hips?/ The body I was born with/ Is it not what you wanted?” Her voice is distant and detached as she tries to convey her humanness, as she attempts to get past her objectification. She uses this song to confront her critics and her fans alike, asking important and thought-provoking questions such as, “Is my value based only on your perception?/ Or is your opinion of me not my responsibility?” In other words, how does she navigate self-worth when the world is commenting on her? How many people believe it is her responsibility, as an artist, to be better than she is? Is she supposed to be held to higher standards than someone who’s not famous?

“Overheating” directly addresses the reality of being photographed and stalked by paparazzi: “And everybody said it was a letdown/ I was only built like everybody else now.” While conveying what it’s like to be viewed like a zoo animal behind glass, the song balances her signature mischievous jests: “You wanna kill me/ You wanna hurt me/ Stop being flirty/ It’s kinda working.” Fame hasn’t changed her risqué personality; it has just forced her to deal with a new level of misogyny. The song “my future” is Eilish’s chance to fight back by humanizing herself and claiming her independence. “I know supposedly I’m lonely now/ Know I’m supposed to be unhappy/ Without someone/ But aren’t I someone?” she sings, conveying her desire to realize she already has the power she needs. “Oxytocin” has the same eccentric charm that showed up throughout Eilish’s 2019 album, When We All Fall Asleep, Where Do We Go? Her articulation of obscene pleasure is probably her biggest strength as a songwriter: “If you only pray on Sunday/ Could you come my way on Monday?/ ’Cause I like to do things God doesn’t approve of if she saw us/ She couldn’t look away, look away, look away/ She’d wanna get involved, involved, involved.” These kinds of lyrics, which might make some folks cringe if they heard their children singing along in the car, are what Eilish is best at—they’re what make her brooding, pulsating hits so irresistible.

Her articulation of obscene pleasure is probably her biggest strength as a songwriter: “If you only pray on Sunday/ Could you come my way on Monday?/ ’Cause I like to do things God doesn’t approve of if she saw us/ She couldn’t look away, look away, look away/ She’d wanna get involved, involved, involved.” These kinds of lyrics, which might make some folks cringe if they heard their children singing along in the car, are what Eilish is best at—they’re what make her brooding, pulsating hits so irresistible. “GOLDWING,” which opens with a haunting choir-like intro, tackles more industry bullshit: “You’re sacred and they’re starved/ And their art is getting dark/ And there you are to tear apart.” It’s ironic the way fans and critics get upset when an artist’s art gets dark with time, when it does so because of the standards, expectations, and burdens the industry places on artists. Eilish has no choice but to distrust anyone who ever put faith in her: “Gonna claim you like a souvenir/ Just to sell you in a year.”

Happier Than Ever ends strong with “Male Fantasy,” which features Eilish’s best opening verse yet: “Home alone, trying not to eat/ Distract myself with pornography/ I hate the way she looks at me/ I can’t stand the dialogue, she would never be/ That satisfied, it’s a male fantasy/ I’m going back to therapy.” The song is tragic and searingly honest. Her vocals are sighs against an acoustic guitar, and it feels as though she’s sacrificing a piece of herself through the lyrics. They feel like a surrender to the unbearable difficulty of accepting unrequited love—“Can’t get over you/ No matter what I do/ I know I should, but I could never hate you”—but there’s something hopeful about them, too. For Eilish, at this point, with all of the expectations placed upon her, to fail is to succeed. In spite of everything, Eilish has managed to retain her sense of self and make songs that aren’t easy to swallow. Happier Than Ever is multidimensional. It’s not as relatable as her previous music, and it’s not manufactured to be played at parties or on the radio. It’s a manifesto for young women in the music industry, inciting them to not be afraid to talk about the unspeakable and to deny everyone’s expectations.

Read this Next: Dangerous Spin 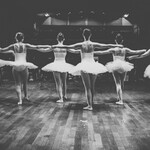 by Scarlett Harris
There’s nothing endearing or gentle about the violence dancers endure. 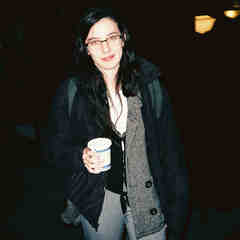 Danielle Chelosky is a New York-based writer who grew up on Long Island, goes to school in Westchester, and lingers in Brooklyn. She’s interned at Paste Magazine, Kerrang!, and Consequence of Sound, and her work has been featured in The FADER, MTV News, Grammy, and more.