As a young girl, pregnancy and labor were often described by relatives and family friends as magical, a fulfilling time in which the mother-to-be not only embraces her femininity but experiences it fully. When I was about 13, I asked my aunt, who had recently given birth to my baby cousin, what the experience was like. She said that labor was beautiful and declared that she had not been truly living until she became a mother. Though this mentality is common in the West, I have found that “pregnancy is beautiful” thinking dominates South Korean and other East Asian cultures, thanks to the persistence of Confucian influence.

In South Korea, for instance, family is the foundation for proper social etiquette: One’s behavior is a reflection of their parents and close and extended family. Family is considered the key to happiness, and women are expected to marry and rear children, even as they face rampant misogyny. Pregnancy and childbirth is considered “beautiful” because it reinforces the importance of nuclear families. On Mother’s Day, Netflix released Hard Knock Wife, Ali Wong’s second stand-up special, and just as with 2016’s Baby Cobra, the very-pregnant comedian rebuffed romanticized expectations about motherhood.

In her 2016 special, Wong took aim at the stereotypes associated with stay-at-home moms. In Hard Knock Wife, however, the comedian reveals the physical and emotional toll that raising children takes on women. In the opening lines, Wong says, “I’ve been with my baby girl since she was born, all day every day. And I love her so much. But I’m on the verge of throwing her in the garbage.” Wong isn’t the first mother to admit that staying home with a newborn or toddler is tiring, but her remark is refreshing because she doesn’t sugarcoat her desire to be alone, free from maternal obligations. 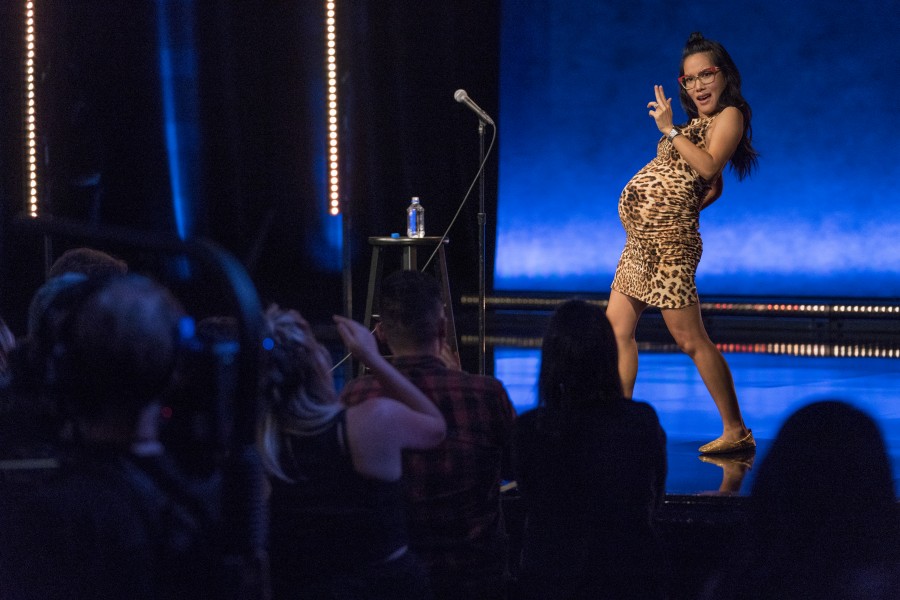 More importantly, she speaks her truth without guilt, contrasting popular discourse about mothers feeling ashamed of returning to work too quickly or hanging out with friends without bringing their baby along.

In the second season of Jane the Virgin, Jane (Gina Rodriguez) feels guilty for leaving her newborn son, Mateo (Baby Adam), to attend writing classes. She even considers giving up her spot in a graduate-level writing program because “good mothers” have a maternal desire to be with their child, even if it means sacrificing their dreams. Jane eventually decides to stay in her graduate program, and even goes to a club to celebrate her friend’s birthday. I was proud of Jane’s “bad” mom behavior because she’d finally treated herself to a night out without her newborn. I imagine Wong would be proud, too. Hard Knock Wife publicly declares that it’s common and natural for women to resent the “you’re nothing but a mom” social pressure, and to rebel against it.

By humorously examining her own postpartum experiences, Wong also critiques how Western media glamorizes pregnancy, childbirth, and motherhood. Hollywood often portrays pregnant and postpartum women as youthful, lean, and fit—perpetually as attractive as they were in their 20s. On red carpets, pregnant celebrities are often in full glam, dressed to the nines while their baby bumps are treated as nothing more than accessories. Red-carpet glam squads create the illusion of a “pregnancy glow” in which pregnant women always appear flawlessly radiant and full of maternal joy.

Wong satirizes this Photoshopped approach to pregnancy, comparing celebrity mothering to her own experience. “Nobody told me about the crazy shit that comes out of your pussy after you give birth!” she cries. “You know what happens after the baby comes out? Her house.” Her wails and outbursts are a comical representation of how calm celeb mothers likely feel internally. Wong does not refrain from showing how she feels, no matter how overemotional she may appear, and throughout the special, she switches between a calm demeanor and rants with dramatic facial expressions to show the juxtaposition between actual motherhood and Hollywood’s framing of it.

When pregnant celebrities are not being styled to suit Hollywood’s beauty standards, they’re being used on magazine covers to sell a calm, measured, and vulnerable version of motherhood. America was not prepared when Demi Moore’s nude pregnant body appeared on the August 1991 cover of Vanity Fair. After the cover was unveiled, Suzanne Garment, author of Scandal: The Culture of Mistrust in American Politics, wrote in the Los Angeles Times that outside of New York City, grocery stores and newsstands didn’t carry the issue or covered the magazine in white paper.

She also points out that Moore’s cover isn’t an accurate reflection of pregnancy:

“My initial, transfixed thought was, ‘Oh, come on! No pregnant woman ever looked like that!’” she wrote. “Sure, you couldn’t miss the big belly in the cover photo. But in the photographs inside, the expectant mother’s hips and legs, clad in black underwear and high heels, were slim and sleek. Her hair was in perfect disarray, her eyes come-hither, her lips luscious, her body without blemish. No swollen ankles. No ungainly posture. No expression of weariness at the weight being lugged around. In fact, it looked as if that huge stomach had simply been grafted onto the body of some Playboy centerfold.”

However, as Garment suggests, these women represent a small percentage of mothers: They’re wealthy, famous, powerful, and have access to resources that help them uphold beauty standards (fit, acne-free, and glowing). The pains that accompany pregnancy and childbirth are universal, but pop culture has rarely shown what happens after those excruciating contractions end. On the occasion that they do, scenes are reduced to verbal recounts of breastfeeding or postpartum pain—lacking the visual depictions of what many women experience after childbirth: wearing adult diapers to catch fluids, bleeding nipples, and the less-than-fit physique.

Similar to the idealization and cultish praise of the Virgin Mary in European Christendom during the Middle Ages and the Early Modern period, Hollywood idolizes pregnant celebrities because they’re “real,” but also embody an unattainable perfection. The media praises celebrity mothers, obsessing over which actress wore the “best maternity outfit” and how their bodies have changed. Describing her first three months of postpartum, however, Wong says, “I was walking around my house with a top-knot, giant diaper, nipples bleeding.”

“Giving birth ain’t nothing compared to breastfeeding. Breastfeeding is brutal!” In an outburst, she confesses, “I didn’t take any classes on breastfeeding because I assumed it was just gonna be this very easy intuitive thing where the baby sucks on your nipple like a straw. I thought it was supposed to be this beautiful bonding ceremony, where I would feel like I was sitting on a lily pad in a meadow and bunnies would gather at my feet.”

But she soon finds that breastfeeding is a “savage ritual that just reminds you that your body is a cafeteria now!”

One could argue that celeb moms have to maintain their image after giving birth, but the problem is these expectations are applied to every mother and can warp a new mother’s self-esteem and overall understanding of postpartum life.

In her essay, “Why Real-Life Motherhood Looks Nothing Like Your Instagram Feed,” entertainment journalist Leslie Bruce recalls her struggle to meet the idealized pregnant woman portrayed by Hollywood and pop culture. She describes the Insta-mom phenomenon as the “promotion of the hyperbolic, dreamy-filtered, overly glamorized version of motherhood that captures a perfected moment in time (and not the actual reality),” which made her feel like a failure because actual motherhood was more like “Hell’s Kitchen than a Johnson & Johnson commercial.”

When the fit, unswollen, unbloated, sexually appealing mom is the standard, pregnant women who don’t meet this ideal are considered failures. That’s one of the reasons Hard Knock Wife is so important. Wong not only subverts the expectation that new mothers are “inherently maternal” and effortlessly flawless, but she also challenges the racial stereotype that Asian women are submissive, family-oriented, and always doting wives and mothers. “I make a lot more money than my husband, by like, a long shot,” she jokes. “My mom is very concerned that he’s going to leave me out of intimidation.” But that’s one of the reasons Wong uses her stand-up to advocate for paid family leave. “Maternity leave is not just to bond with the baby. Maternity leave is for new moms to hide and heal their demolished-ass bodies!” she emphasizes.

Perhaps Wong is only repeating what moms already know, but her perspective on setting realistic expectations for pregnancy and motherhood is fresh, provocative, and exactly what women in a celebrity-fueled culture need to be reminded of.

Read this Next: “Always Be My Maybe” Lets Its Asian Characters Simply Exist 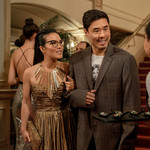 by Bitch HQ
“Always Be My Maybe” features characters that are only incidentally Asian. 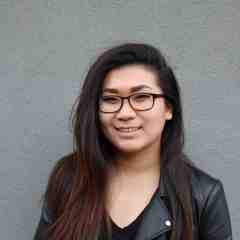 Carol Eugene Park is a “writer” and “journalist”. She loves to explore sexuality, body positivity in her work and is an advocate against human trafficking. She recently graduated from the University of Toronto with a double major in English and Renaissance Studies and a double minor in History and Art History. She is a huge nerd for Classical literature–how could you not love epics?