Badass Broad with a PhDIn “Birds of Prey,” Harley Quinn Is Free of Joker and Sexist Branding 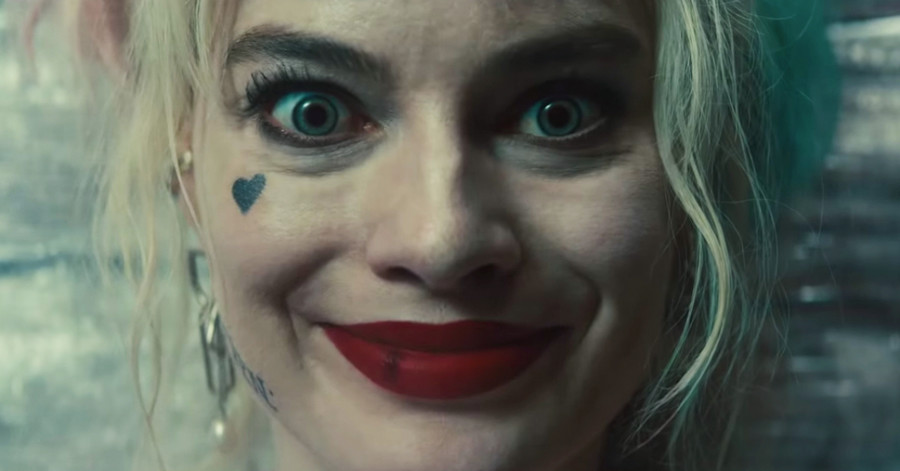 “Behind every successful man, there’s a badass broad.” And in Gotham City, that man is the Joker (Jared Leto) and that broad is Harley Quinn (Margot Robbie)—that is, until they break up. Directed by Cathy Yan and written by Christina Hodson, Harley Quinn: Birds of Prey picks up shortly after Suicide Squad wraps: When the Joker throws her out, a newly single Harley, no longer protected by her ex’s famous name (and infamous reputation) becomes the most hunted woman in Gotham. As she evades her foes, she mourns her former relationship as all dumpees do—by chopping off her hair, consuming copious amounts of spray cheese, and, naturally, stealing a hyena. But Harley and the ragtag group of women she teams up with also find themselves, as the movie’s original extended title suggests, emancipated. In Birds of Prey, the broads come out in front, and the men themselves are left behind.

More like Deadpool in tone (minus the fridging) than any of its DC Extended Universe predecessors, Birds of Prey is filthy, campy, and jam-packed with satisfying fight scenes. A blast from start to finish, the latest film in the DCEU can best be described as riot-grrrl revenge porn disguised as a comic-book movie. NPR’s Glen Weldon notes that one of the major things Birds of Prey has going for it is “the fact that its butt-kicking lead characters are women—including women of color, one of whom’s canonically queer—and the butts they proceed to kick with such verve and elan belong to men.” In 2017, many female moviegoers described becoming unexpectedly emotional while watching the battle scenes in Wonder Woman, overwhelmed by seeing themselves represented as strong, dominating enemies together. The fight scenes in Birds of Prey are similarly liberating.

However, unlike the warrior women of Themyscira, Harley and her girl gang aren’t knocking the skulls of anonymous soldiers or supernatural rivals. They’re defeating their abusers—men who have devalued them, assaulted them, and hurt the people they care about. Birds of Prey is an unhinged, glitter-infused romp about “girls behaving badly,” but it’s also a cathartic depiction of justified female rage. One scene in particular stands out: While talking to his right-hand man, Victor Zsasz (Chris Messina) in his nightclub, Sionis hears a woman laughing across the room. Paranoid that she’s making fun of him, he demands that she stand on the table, remove her dress, and dance; nearby, Black Canary tearfully witnesses the woman’s fear and humiliation. Author Margaret Atwood famously said that “Men are afraid that women will laugh at them. Women are afraid that men will kill them.” Birds of Prey understands this, and illustrates it with grace and thoughtfulness.

Skeptics may worry that Birds of Prey is “performing” feminism, à la the pandering girl-power moment in Avengers: Endgame. However, I would encourage them to look behind the camera—both the film’s director and writer are women of color, and Margot Robbie is one of the producers. In Birds of Prey, it’s obvious that the women onscreen have been shaped by women offscreen. Unlike Suicide Squad (a male-gazey mess), this movie doesn’t mistake abusers for antiheroes or sexualize its female leads unnecessarily. (Gone are Harley’s hot pants, which Robbie hated, and any mention of the word “pussy.”) Birds never misses the opportunity to remind viewers of the importance of women’s solidarity, or of its characters’ complexity: Harley is more than a sidekick, and much better off sans Joker. She’s also tough, funny, and brilliant. (“I have a PhD, motherfucker.”)

Birds of Prey never misses the opportunity to remind viewers of the importance of women’s solidarity, or of its characters’ complexity.

It also seems that the film’s creators understand the impact of a toxic relationship. Throughout Birds of Prey, viewers hear the voices of the Joker and Sionis—men who have underestimated and brutalized Harley—yelling inside her head. They say things like “You need me” and “You’re not the type to stand on your own.” By the end of the film, with help from her female comrades, Harley begins to silence those voices. She tells Sionis, “I’m the one they should be scared of—not you, not Mr. J—because I’m Harley freaking Quinn.” Everything about this film, from components as obvious as the majority–female artist soundtrack to moments as small as Harley lending Black Canary a hair tie mid-fight, is indicative of the diversity of the creative team behind the scenes.

And I’d be remiss to not emphasize that, above all, this movie is fun. The costuming is equal parts tacky and sophisticated in a way that’s reminiscent of the styling in Baz Luhrmann’s Romeo + Juliet (1996); Sionis’s impeccably accessorized suits, in particular, are a standout. The performances are joyous: Robbie is magnetic as Harley Quinn, and watching Mary Elizabeth Winstead kick ass as Huntress feels like redemption for Ramona Flowers. And, much to my glee, both roller derby and bodega breakfast sandwiches play surprisingly prominent roles in this movie.

To naysayers and cynics, I say: Watching Margot Robbie beat up very bad men™️ while wearing roller skates as Heart’s “Barracuda” blares in the background is good. Birds of Prey is chaotic, flashy, and entertaining—but more than that, it’s empowering, and in a real way. Despite “underwhelming” box office numbers during its opening week, this movie still has the opportunity to be a financial success. Regardless, Birds of Prey sets the bar for nuanced depictions of female comic-book characters on the big screen, and that’s a huge win.

Read this Next: Warrior To Wallflower