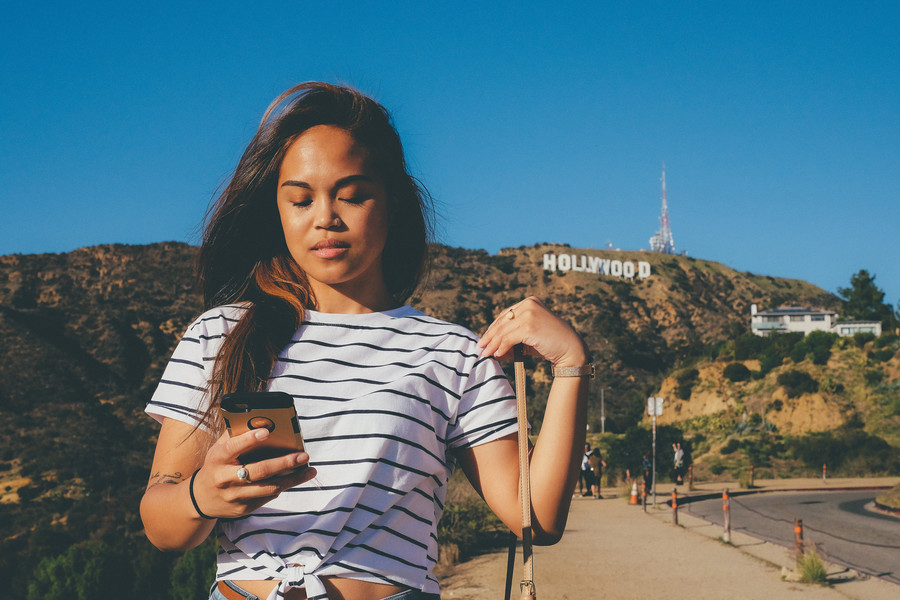 Last week, Harvey Weinstein was finally found guilty of two felony sex crimes. Today, Weinstein was sentenced to 23 years in prison. The case has had such a negative impact on my mental health that I wasn’t actively following it, but I knew the verdict was coming. After all, there was a Twitter moment dedicated to his trial, my friends were constantly posting about it, and his face has been splashed across every news media site. Since the surge of the #MeToo movement, details about Weinstein’s crimes, the ever-growing list of accusations against him, and the countless attempts to silence his victims are unavoidable: For anyone who’s either active on social media or closely following the news in general, Weinstein updates will find you, whether or not you want them. But these updates aren’t always about either Weinstein’s crimes and the progress of the criminal cases against him.

As we’ve long seen with other high-profile cases of sexual violence, the media’s Weinstein coverage isn’t always about holding him accountable. Instead, it increasingly offers Weinstein himself a forum to perpetuate his own narrative of innocence and victimhood. More than two years of Weinstein coverage has fueled the narrative of his downfall. In October 2017, NBC News played a crucial role in reporting on the Weinstein case; they shared that Weinstein “wasn’t doing okay” but that he was trying. In late 2019, he gave an interview to the New York Post in which he claimed that he was the real victim: “I feel like the forgotten man….My work has been forgotten.” We learned that he was backhanded by a stranger while trying to enjoy a peaceful meal. In the aftermath of his February criminal trial in Manhattan, we found out that Weinstein has hired a prison consultant to prepare him for what’s to come. But as satisfying as it is to see a sexual predator held accountable for his crimes, the news can also be a significant source of discomfort for survivors—Weinstein’s and otherwise.

Those survivors are harmed when the media generates sympathy for a rapist. They are harmed, as well, by a news cycle that is constantly serving us secondhand trauma. In fall 2017, when the Weinstein allegations first broke, rape-crisis helplines saw a sharp increase in calls from people experiencing flashbacks, anxiety, and feelings of guilt. One woman told NBC that she can’t browse Facebook without having a flashback and that social media, overall, has been a “trigger factory.” Others reported experiencing panic attacks due to the deluge of stories about sexual violence and a frenzied media’s efforts to break the next high-profile revelation. The point of the #MeToo movement was to empower survivors to share their own stories, but it was also, inevitably, a constant reminder of the inescapability of rape culture.

Gabrielle Herman, a licensed mental-health counselor specializing in psychological trauma and the treatment of post-traumatic stress disorder, thinks the impact of #MeToo discourse is a complex issue. “It’s something that quiets down every once in a while and then boom, it’s everywhere again,” she tells me. “That’s the most triggering thing.” As a survivor, just hearing the name “Weinstein” is certainly a trigger for me now. As a writer for online publications, most of my work requires me to be online and on top of breaking news. I spent the morning of the Weinstein verdict avoiding social media and even told my friends not to mention the verdict to me. But a push notification from my news app told me anyway. Given my work, there isn’t a way for me to isolate myself from such notifications completely but sometimes I wish I could.

“Social media and the media in general can be detrimental to our mental health,” Herman acknowledges. “There are times where I even question the benefits of it. Yes, it allows us to have a platform where we can share and relate and express ourselves but at what line do we draw the boundaries? Even trigger warnings can be triggering.” The media impact of Weinstein’s story has become even more profound as we’ve seen his victims become the subject of online harassment campaigns and watched their credibility questioned in both media spaces and legal ones. Many of them have been further traumatized by the investigation and trial: Actress Rose McGowan had to sell her home to afford legal fees, and Lauren O’Connor, a production executive at the Weinstein company, spent more than double her financial resources.

“There is a literal tax on integrity,” she told The Cut. Such details convey the message that coming forward with allegations is an arduous task amplified by news coverage and social-media discourse; this, notes Herman, can make things more difficult for survivors trying to heal. “[H]e still gets to inflict pain on the survivors, even behind bars. Through the media, through push notifications, his name can continue to punish the people he hurt.” In fact, via the secondhand trauma of rape coverage, his name can punish people he never even touched. #MeToo’s digital reach and impact serves as a constant reminder that corporate-media coverage of rape, sexual assault, and sexual harassment is part of a larger system that seeks to target and discredit survivors. One study exposed a pattern of offender support on social media following incidents of sexual violence: Trolls often search the names of high-profile abusers and organize around them. When I tweeted about Louis C.K. ‘s return to comedy following accusations of sexual misconduct, for instance, I experienced an overflow of vitriol from his supporters, including one person who tweeted that I was too ugly to be a survivor myself. The same thing happened when I tweeted about rapper XXXtentacion’s domestic-violence case. Both instances took enough of an emotional toll that I had to take a break from social media for a few days.

The Rape, Abuse, and Incest National Network (RAINN) has advised survivors to take precautions on social media, like using privacy and viewing settings to control what we see or share. But marginalized people, and Black people in particular, often use social media to draw attention to issues the mainstream media otherwise ignores. Changing our privacy settings means sacrificing that relationship to social media. Furthermore, muting keywords on social media isn’t a perfect solution. Instagram doesn’t offer that option, and it’s impossible to mute keywords within text-based graphics. Facebook doesn’t currently offer a setting to mute certain keywords either, although the platform tested a feature in 2018. The only option on those platforms is to proactively mute people and pages that might have triggering content.

The problem is that while I might want to mute #MeToo coverage from a particular account, I might still want to see their other posts. On the other hand, Twitter offers a mute function but it can be bypassed, as some users mask keywords with asterisks so that they won’t show up in Twitter searches and attract the attention of trolls, which means the mute button can’t filter them out. And people tweet about Weinstein and other high-profile rapists without naming them, which can’t get filtered out either. Even when I’m not using Twitter, the app sends me push notifications with potentially triggering tweets, and there’s no easy way to teach it or offer feedback to help with the issue to teach it what I do and don’t want pushed onto my home screen. Similarly, news apps regularly send push notifications and don’t offer options to mute particular topics; either you mute them all, or you receive them all.

How can I navigate a media cycle that can cause flashbacks, panic attacks, and anxiety if I’m receiving push notifications about rape with no trigger warnings?

News outlets still need to attract readers—which, as RAINN points out, often leads to unnecessarily sensationalized coverage and even stories that are designed to collect clicks from outraged users. “It’s the media’s responsibility to give us information without hurting us,” Herman says. “[T]hey can’t accommodate everyone’s needs, but they can use appropriate language regardless of what their brand is and can be mindful of how they’re communicating about this topic.” For many news organizations, this means using trigger warnings before diving into a particularly sensitive topic, like sexual violence or suicide. But as Herman pointed out, trigger warnings can sometimes be triggering themselves; one Harvard study even showed that trigger warnings slightly increased people’s anxiety around triggering topics.

The Centers for Disease Control and Prevention and multiple trauma-informed organizations have written guidelines for reporting on sexual violence, but many media outlets don’t always implement them. And the first amendment prohibits any sort of federal monitoring from occurring. Media outlets have their own widely-differing accountability processes. Research shows that in communities where there is more rape culture in the media, there is often more rape. Certain types of media coverage, whether via headlines or victim-blaming language, foster a biased perception of the risks of sexual violence and spread rape myths, which influence the perpetration of sexual violence and our reactions to it.

As Roslyn Talusan wrote for this site in April 2019, “The media has the power to affect real progress by amplifying the voices of survivors and victims, but first they must be willing to put in the work to do and be better. Survivors must have an environment built on empathy and trust when coming forward, and we need editors and journalists to foster an atmosphere where we are empowered and feel safe to tell our stories.” In short, writers, editors, and social-media staff therefore have a responsibility to be more trauma-informed. So do social-media platforms themselves. Research shows that, in addition to enabling coalitions of offender support that often lead to harassing victims, social media is also used to revictimize survivors and promote rape myths.

A trauma-informed perspective could help platforms like Twitter, Facebook, and Instagram to better address the digital harassment that survivors face— it’s absolutely crucial for Twitter, in particular, because the platform organizes trending tweets and articles into “Moments” that are publicized on the site. The media we consume should endeavor to be more trauma-informed. However, as we continue to demand more accountability from outlets and social media platforms, we can take steps to protect our mental health using the tools that are already available. For me, that looks like using the mute feature, privatizing my accounts when trolls are too intense, and being careful about the news stories I read— but I hope that one day, prioritizing my mental health will not require me to take up less digital space.

Read this Next: Consent, Assault, and Harvey Weinstein’s Walker 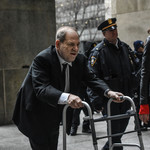 by Imani Barbarin
Disabled folk are as necessary to the dialogue around bodily autonomy as anyone else, and society needs to evaluate its continuous stereotypes of people with disabilities that prohibit us from being seen—fully. 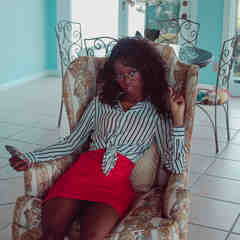 Gabrielle Alexa Noel is a writer covering topics within sexuality, culture, and identity. She has bylines in LGBTQ Nation, Lady Science,  Playboy, The Independent, and others. She is also the owner of Bi Girls Club, a lifestyle brand which sells merch for bi+ folks. Gabrielle is currently studying software engineering and aspires to work in the sex tech industry. Find her on Instagram and Twitter.