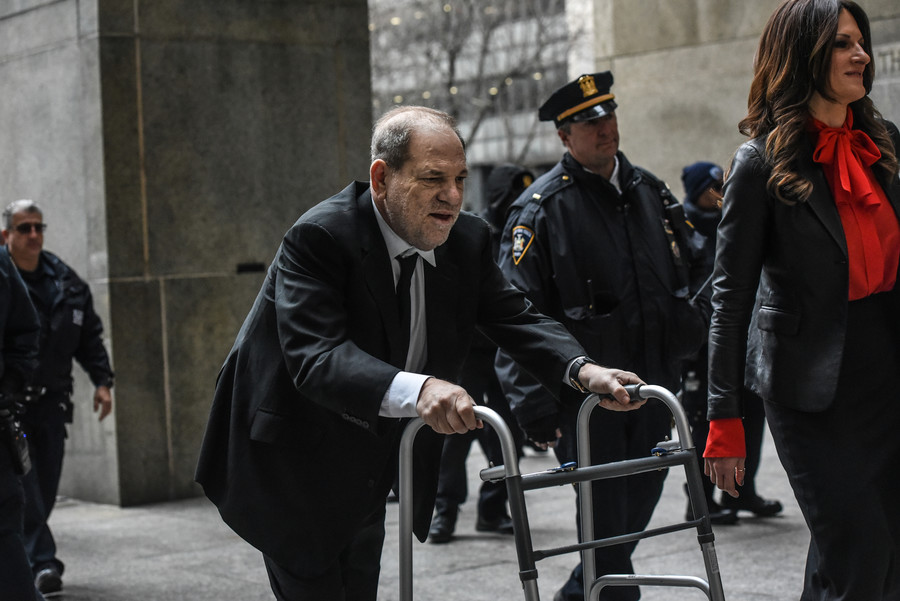 There’s one meme I like for all of the wrong reasons. It features a little girl and grown man, both amputees, running alongside one another with the phrase “the only disability is a bad attitude.” The child’s identity is unknown, but the man is Oscar Pistorius, who was convicted in 2015 for murdering his girlfriend Reeva Steenkamp in 2013. I ruefully point to this meme as a rebuttal to the “you have a poor attitude as a disabled person” platitude: Often, people are more concerned with absorbing the inspiration and cuteness derived from seeing a disabled person than actually seeing and evaluating the disabled person they’re speaking about. I still vividly recall the conversation around the Pistorius trial; both media outlets and everyday people alike seemed perplexed that a disabled person could be capable of committing such a heinous act. And Pistorius’s legal defense seemed to capitalize on this willful confusion as a legal strategy, even going as far as to have him walk around the courtroom sans prosthetics to “prove” he didn’t have the physical capability to shoot Steenkamp.

Echoes of such stereotypes about disabled people and in particular, disabled cisgender men, are now being applied to Harvey Weinstein during his unfolding sexual assault trial. Onlookers can’t reconcile Weinstein’s action with the accepted—though often false—idea that disabled people are meek mannered, defenseless, and harmless. Weinstein has been using a walker since undergoing back surgery in December 2019 to treat injuries from an August 2019 car accident, but some observers believe he’s using his disability to gain public sympathy, seek a lighter sentence, or escape accountability altogether. Their doubt about his motive feeds into the harmful idea that disabled people are “faking” for “special treatment”—a stereotype steeped in institutional ableism—and speaks to larger issues around our cultural attitude toward disabled folks. Disabled people, particularly those with visible and intellectual disabilities, are often treated as if we’re cute, weak, asexual, and infantile, which effectively bars us from conversations around consent and sex—even within the #MeToo movement. Further, desirability politics leads to a cultural belief that it’s “icky” for disabled people to have sex and therefore it’s less likely for disabled people to be sexually assaulted because they themselves are undesirable.

It’s all a part of the common misconception that only “conventionally” attractive people can be or are sexually assaulted; not only is that victim-blaming but it’s categorically untrue. Assault is about asserting dominance and power. Sexual assault is rampant within the disability community: Between 2011 and 2015, disabled people were 2.5 times more likely than nondisabled people to experience “violent victimization,” including sexual assault, and 83 percent of women with disabilities will be assaulted in their lifetime. While some news outlets and disabled writers are bringing more visibility to this issue, there’s one aspect that remains unaddressed: What happens when the perpetrator is also disabled?

All disabled people aren’t sexual predators or exhibit overly sexualized or inappropriate behavior (in fact, research overwhelmingly indicates that people with disabilities are more vulnerable to violence and sexual assault), but when a disabled person is also a perpetrator, society’s stereotypes about disability consistently play a heavy role in if, how, and when they’re held accountable. When disability is treated as a vulnerability, harmful behavior toward others is often overlooked or erased for a number of reasons. As we begin having more robust conversations about consent, sexual educators and consent advocates often forget to include the disability community or fail to make their work accessible to disabled people. In addition, some allies, guardians, and disability advocates reject the notion that disability and sexuality can coexist, so they refute the necessity of discussions about consent, dating, and sex, even as many disabled people lead or seek healthy sexual lives.

Sexuality is a spectrum for all people, including those of us with disabilities, and some people with intellectual disabilities are unfairly demonized for having inappropriate sexual behaviors, even though they’ve never had holistic sexual education that teaches them about boundaries. Despite the lack of education, however, victims still exist and deserve justice. When some feminine-presenting people discuss or report that a man with disabilities assaulted them or was sexually inappropriate with them, it’s overlooked or dismissed; they’re told “they didn’t mean it” or “they don’t know what they’re doing.” Reporting assaults to authorities is also a dangerous proposition because of the disproportionate rate of police violence inflicted on disabled people and law enforcement’s seeming disinterest in pursuing sexual assault cases at-large. There’s minimal follow up about consent and appropriate behavior because their perpetrators are deemed infantile and therefore incapable of being held accountable for past or future actions or taught a more respectful and ethical approach to navigating boundaries.

Perpetrators who may not have intellectual or developmental disabilities but are still within the disability community are well aware these perceptions exist and recognize society’s inability to hold them accountable for harassment and assault. Quite often, their actions are swept away as harmless or cute as well, leading to victims feeling like they’re painted as the aggressor for talking about their experience. Like the dissemination of the aforementioned Pistorius image, disabled people are seen as a monolith, a source of adorable, child-like inspiration and that’s a difficult idea to dismantle and move beyond, even in Weinstein’s case. We shouldn’t question if Weinstein is faking disability for sympathy. Instead, we should ask: Why do people assume this would be an effective strategy? How do our own biases toward disabled people inform this misguided assertion?

Disabled folk are as necessary to the dialogue around bodily autonomy as anyone else, and society needs to evaluate its continuous stereotypes of people with disabilities that prohibit us from being seen—fully.

Weinstein, the famous, wealthy, and powerful former head of a filmmaking and production company, used his influence to assault, harass, and take advantage of actresses and insulate himself from accountability. And it’s difficult to contemplate what could’ve happened had he’d always been disabled rather than becoming visibly disabled at this point in his criminal trial. (It’s worth noting that Weinstein could’ve been disabled all along; some people in Hollywood hide their disabilities out of fear of it harming their careers.) Would the public have been more or less likely to believe Weinstein’s 87 accusers? Would his accusers have been further vilified for naming him as their perpetrator or would the public have called for a blanket institutionalization of disabled people to avoid a conversation about disability and consent entirely?

Disabled folk are as necessary to the dialogue around bodily autonomy as anyone else, and society needs to evaluate its continuous stereotypes of people with disabilities that prohibit us from being seen—fully. Walking with an assistive device doesn’t make Weinstein any less responsible for his actions; he should have been been taken through a trial that determines his legal guilt in the sexual crimes he’s been accused of. In order to come to this understanding, we must all come to terms with our investment in a cultural perception of disabled people as incapable of doing anything, including harming others. Memes of Weinstein using his walker shouldn’t call his disability into question; instead, these images should make us think “You can be anything you set your mind to, even a sexual predator.”

Read this Next: If That’s Love, I Don’t Want It 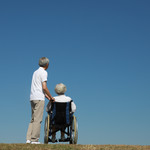 by Alice Wong
This was murder, not end of life care. 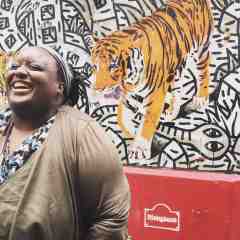 Imani Barbarin is a disability activist and writer/creator of CrutchesAndSpice.com. She is a graduate of the Eastern University of Pennsylvania with a degree in Creative Writing and is currently working towards her Masters in Global Communications from the American University of Paris. She hopes to do her part to strengthen the disability community. She enjoys traveling, Twitter, and the fine art of shade.