Racism Is Not a “Controversy” | Bitch Media

Heads Up, Media: Racism is Not a “Controversy” 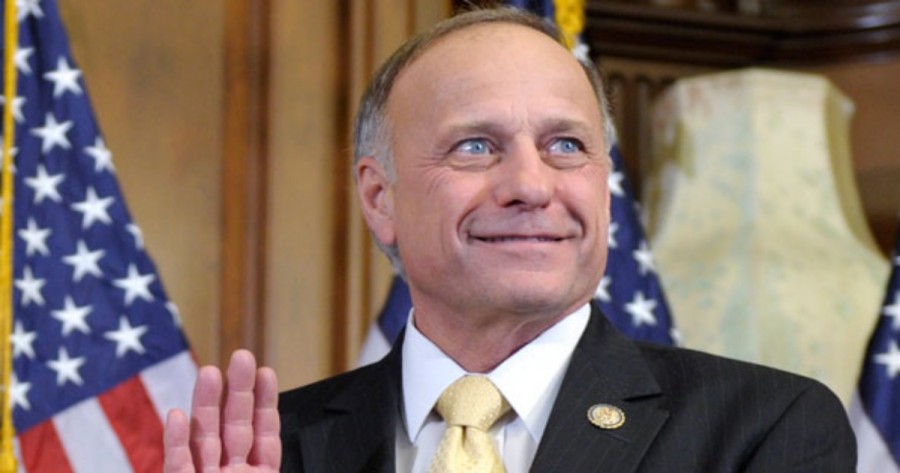 News is not a zero-sum proposition, and in a time when every news story coming down the pike seems just slightly more batshit than the last, drawing attention to one does not negate the batshittery of any other. Despite social-media scolds who feel it’s their job to peck out self-righteous Tweets like “While you were worrying about [Trump doing X], [Trump doing Y] happened,” most of us are more than capable of holding a range of awful revelations in our heads, even when we’d rather bump them for adorable puppy videos. But with the volume and force of breaking news and the pressure on media outlets to react to each one, it feels like we’re seeing some of the most disturbing revelations—particularly around racism, xenophobia, and hate speech—filed neatly away under the vague header of “controversy.”

Take Congressman Steve King (R-Iowa/D-Bag), who last weekend tweeted about extreme-right Dutch Prime Minister candidate Geert Wilders, noting approvingly that “[Wilders] understands that culture and demographics are our destiny. We can’t restore our civilization with somebody else’s babies.” Wilders, who did not win yesterday’s election, has called mass immigration “the biggest disease Europe has faced in the last decades,” and was recently found guilty of inciting discrimination against Dutch Muslims. (Along with his inexplicable hair, such positions have recently earned him the title of “Dutch Donald Trump.”)

King himself has a long history of inciting racism—he was among the loudest voices accusing Barack Obama of being a covert Kenya-born Muslim, has defended the Confederate flag, and, perhaps most memorably, has questioned what nonwhite populations have contributed to “civilization.” And when pressed to explain his tweet on CNN, he doubled down, saying “I meant exactly what I said.” It’s not surprising that, in a political climate where white nationalism has more-than-tacit approval from the actual White House, King stands proudly behind his statements. (As does former KKK grand wizard David Duke, who tweeted an all-caps “GOD BLESS STEVE KING.”) But it is disturbing that so many mainstream media outlets want to frame them as “controversial,” rather than hateful.

NPR’s headline was “Rep. Steve King Stands By Controversial Tweet About ‘Somebody Else’s Babies’,” while USA Today went with the simpler “Rep. Steve King defends controversial tweet.” CBS reported that King was “under fire” for the tweet, and the BBC wrote that the tweet “spark[ed] social media backlash.”

The reporting on King’s overtly racist tweet, in other words, shifted the onus of responsibility from King himself to the people who reacted to him, who found the tweet “controversial” or responded with “backlash.” It’s an increasingly canny framing that has characterized much of the writing on the rise of white nationalism in Trump’s America, where statements amounting to “Non-white people are evil and dangerous and shouldn’t be allowed to exist in this country” are reported on as though they are mere differences in opinion rather than racialized hate speech that incites actual violence.

Even more unsettling is the way in which King’s racism has been neutralized by pundits whose arguments against the tweet are tinged with apologism. Isaac Bailey, writing for CNN Opinion, protested that “Not everyone who is uneasy about the receding white majority is a David Duke or even a Steve King.”) Washington Post opinion-haver Kathleen Parker, meanwhile, was concerned that using words like “racist” to label Steve King and Geert Wilders is bad because…um, it’s a distraction from less prominent racists? I think?

As media consumers, we’re aware that words like “populism,” “nationalism,” and “nativism,” as well as appeals to “culture” and “civilization” are standard far-right dog whistles. Fox News just yesterday announced that it will be premiering a weekly show dedicated to “the populist movement and its impact throughout America and the world” called The Next Revolution. And the “Quiverfull” movement has taken up King’s cry about “other’s people’s babies,” with one righteous mother on Twitter calling for a “white baby challenge:” “I’ve made 6! Match or beat me!” (No word on whether there’s a prize for the latter.) Why shouldn’t we identify such overt racism for what it is? It’s not like coddling these folks will make a difference in the ideas they perpetuate. Steve King was proud to say exactly what he meant, revolting as it was. In speaking out against words like his, we should be able to do the same.

Relevant: Imagine How the GOP is Coaching Candidates to Run Against Women 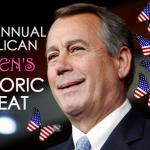