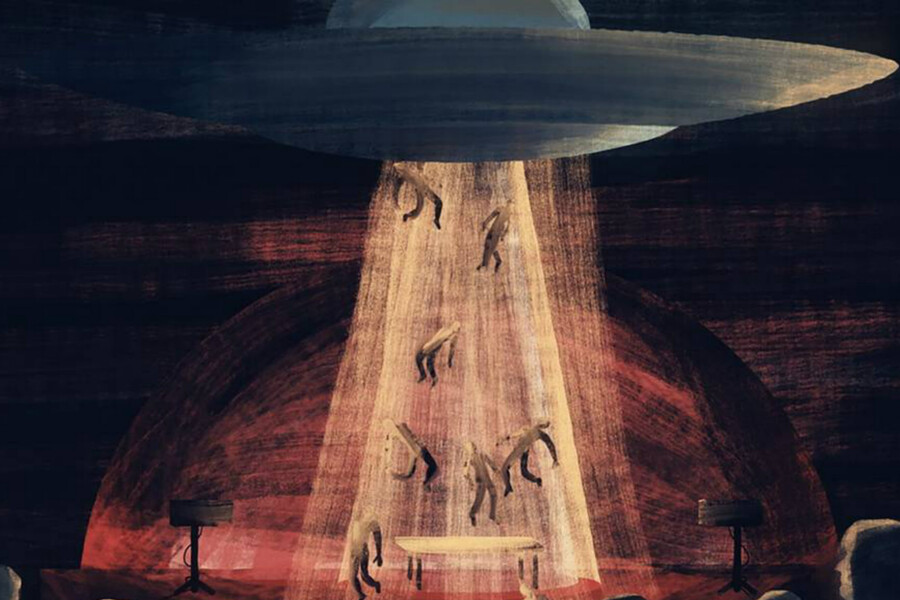 Heaven’s Gate: The Cult of All Cults (Photo credit: Courtesy of HBO Max)

Documentaries about cults have become staples of prestige TV in the last several years. Some, like Netflix’s Wild Wild Country and A&E’s Jonestown: The Women Behind the Massacre, delve into the history behind notorious, news-making incidents; others, like The Vow: A NXIVM Story and Going Clear: Scientology and the Prison of Belief (both on HBO), chronicle the efforts of former cult members to expose and unravel the danger cults pose. These documentaries run the gamut in both quality and focus: Some home in on the sensational, gross, or creepy aspects of their respective cults; some take a substantive look at what draws regular people into the orbit of cult leaders; and some, like The Vow, seem to overestimate how much viewers want to watch the long FaceTime sessions of former members. HBO Max’s new four-part documentary series Heaven’s Gate: The Cult of Cults, manages to tell the story of a headline-making cult and its leaders with context and sensitivity while articulating both the beliefs that attracted members—who, in some cases, stayed for decades—and the tragic consequences of those beliefs.

Those with any interest in cults are likely familiar with the basic details of Heaven’s Gate: Founded by former college music teacher Marshall Applewhite and former nurse Bonnie Lu Nettles in the early 1970s, it evolved from a nomadic group of UFO true believers to a monastic, highly regimented family unit that combined apocalyptic millennial Christianity with science fiction. The group’s ultimate goal was to move beyond their own humanity so that they could leave the Earth behind. In 1997, the its 38 members, along with Applewhite (Nettles died of cancer in 1985), were found dead in their rented mansion in Rancho Santa Fe, California. Believing that a spaceship hidden in the tail of the Hale-Bopp comet was coming to transport  them to their extraterrestrial home, the members, under Applewhite’s direction, left their Earthly bodies in an organized mass suicide.

The largest mass suicide to occur in the United States would have been a national news story regardless, but the details of the event (each body wore matching black sweatsuits and brand-new Nike sneakers) and the fact that Heaven’s Gate had a website that made it possible for journalists to put the pieces of the story together, made it irresistible—the first cult curiosity of the internet age. Of all of the unsettling things that news media fixated on, however, none was more revealing than the sensationalized coverage of the group’s gender presentation and celibacy. In order to ascend to the “next level,” those in Heaven’s Gate had to move beyond human concerns such as gender, appearance, and sexual desire. Members were intentionally androgynous, sporting shaved heads or bowl cuts and wearing loose pants and button-down shirts as uniforms; in a recruitment video made in 1991, Applewhite comments that “[W]e are moving into a world that is genderless, and we are doing anything we can to not identify with gender.”

Between seven and nine men in the group (out of 18) had themselves castrated as a way to help mute their sexual urges as part of their efforts to transcend human desires; the concept of moving beyond humanity was one that Applewhite referred to frequently, to the point that the group’s recruitment video series was titled Beyond Human: The Last Call. The group-wide prohibition on sexual activity and close relationships among the members proved to be a struggle for some—in one interview segment, former member Sawyer, who was with Heaven’s Gate for 22 years, admits that he left in large part because he kept “falling off the wagon” when it came to masturbation The docuseries addresses Applewhite’s conflicted feelings about his own sexuality; as one of his former music students, Neely Bruce, comments in the docuseries, Applewhite’s father was a Presbyterian minister who “did not like having a gay son.”

Applewhite’s rumored affairs with both men and women students, meanwhile, got him into trouble early in his teaching career. Later, as he led the members of Heaven’s Gate to discount their own humanity, he made a concerted effort to mute his own complex sexual desires. That he influenced others to do the same had unintended consequences. Sawyer maintains that another member, Srrody, first suggested castration as a way for the men of Heaven’s Gate to control their natural urges. In an incident that’s respectfully depicted in the series, Sawyer describes the graphic aftermath of a home surgery where two of the members—both of whom worked for a doctor who performed castrations, which itself brings up some questions—attempted to castrate Srrody, who ended up in the hospital as a result. In Sawyer’s retelling, Applewhite felt so bad about this incident that he insisted that any member who was interested in castration get the procedure done by a doctor; some of the men, including Applewhite, later traveled to Mexico to do so.

The skewed picture of Heaven’s Gate presented in news and other media went beyond  gawking at the strangeness of the group’s self-presentation and beliefs. Clay Tweel, the docuseries’ director, commented in a recent Vanity Fair piece on the unsettling mockery that began almost as soon as the bodies were discovered, including a Saturday Night Live sketch featuring Will Ferrell as Applewhite and castration jokes aplenty: “This is suicide. This is dark. Within days, they were the butt of so many jokes.” Benjamin Zeller, author of the 2014 book Heaven’s Gate: America’s UFO Religion echoes this in the docuseries, noting that the news media, having little in the way of pre-suicide context, tended to portray Applewhite and his followers as “idiots” or kooks. The most impressive thing about Heaven’s Gate: The Cult of Cults is that it challenges viewers to rethink assumptions like these.

The experts who provide context and commentary include scholar and author Janja Lalich; sociologists Robert Balch and David Taylor, who infiltrated Heaven’s Gate for a time in the 1970s and later wrote about their experiences; cult-deprogramming expert Steven Hassan; relatives of Heaven’s Gate members, including cofounder Bonnie Lu Nettles’s daughter, Terri; and former Heaven’s Gate members, among them Frank Lyford, Leslie Light, and Sawyer. The number of interviewees can feel overwhelming, but it  ensures that, as viewers, we get multiple perspectives on the group’s its evolution through the years. The testimonies of the former members are most compelling when they offer a sense of what daily life was like; there’s a great sequence where a few members describe exactly how regimented the group’s routines were, and how that regimentation was made to influence everything from the members’ conception of themselves as part of the group in every single thought and action that they took, to more everyday things like making pancakes.

These interviews are effective in both fostering empathy for the members of Heaven’s Gate and countering a media-driven stereotype of “crazy” or “brainwashed” cult members; they also make clear that some members found freedom and greater purpose in something that many people would find constraining or controlling. The interviews with surviving relatives of members—in particular, Nettles’s daughter Terri and Kelly Cooke, whose parents passed away in the mass suicide—are especially moving, and provide much-needed perspective on the group’s unfortunate end. Several of the scholars interviewed in the doc point out that the societal changes that took place in the 1960s and 1970s—including a new emphasis on individual spiritual exploration and enlightenment—were key to the creation and relative longevity of a group like Heaven’s Gate.

The value of Heaven’s Gate: The Cult of Cults lies in its willingness to ask tough questions and sit with the lack of simple answers.

Interviews with the former members, too, seem to mirror this—several of them talk about seeking a greater purpose in following something bigger than themselves. Some felt like they had found that greater purpose by following Applewhite and Nettles (who were also nicknamed Do and Ti, after the “Do-Re-Mi” song from The Sound of Music). The heartrending interviews with the relatives who were left behind, however, serve as a reminder that actions such as leaving family—in some cases, children—to follow a spiritual movement such as Heaven’s Gate also has consequences. The use of animated sequences to portray moments that might otherwise be impossible to capture is also moving. As Terri Nettles recalls the strong bond between mother and daughter, for instance, animated versions of them are shown sitting on a large porch swing as they look up at the stars; as Terri describes her mother’s 1985 death—she wasn’t told about it until a year later—the elder Nettles is shown floating up to space from the porch swing as her daughter looks on.

The fourth episode has a beautiful sequence, set to instrumental music, that portrays a group of large-eyed aliens leaving the Earth in a spaceship that has come to pick them up. The technical aspects of the documentary, too, are well thought out, from the use of archival and home-movie footage to songs—including Norman Greenbaum’s “Spirit in the Sky” (1969), Radiohead’s “Everything in Its Right Place,” (2000) and, during the doc’s final minutes, Aimee Mann’s wistful 1999 ballad “Save Me”—that elevate the pop-music cue in documentary film to an art. The value of Heaven’s Gate: The Cult of Cults lies in its willingness to ask tough questions and sit with the lack of simple answers. It would have been easier to make a documentary that reinforces viewers’ long-held assumptions and fears about a little-understood religious group; successfully making a series that scrutinizes those assumptions and encourages understanding in the process is much harder. It is on this level—which is very human, despite the group’s insistence on going beyond that—that Heaven’s Gate: The Cult of Cults brilliantly succeeds.

Heaven’s Gate: The Cult of Cults is currently streaming on HBO Max.

Read this Next: Not a Follower, Not Yet a Leader 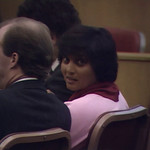 by Hanna Brooks Olsen
The role of powerful women in cults has generally gone unnoticed by the new wave of creep-seeking entertainment.