Her Body And Other Parties is full of queer and bold women who have disappearing bodies, ribbons holding them together, and minds that are not. They trek across the world in search of safety, work at department stores in search of the truth, and attend writing workshops in search of themselves. Ultimately, though, the collection is about pleasure, intimacy, and the people who crave it, have it, and witness it.

The collection opens strongly with “The Husband Stitch,” a story about an unnamed woman who falls in love with her husband when they are very young. Like all the women in the collection, she enjoys sex openly, unapologetically, and without guilt. In short-story and poetry collections I’ve read previously, including Pink Elephant by Rachel McKibbens and Drinking Coffee Elsewhere by ZZ Packer, sexuality is the bargaining chip used to gain the upper hand. But here, sex and sexuality are savored and treated with care and pleasure—even in unhealthy relationships. While in the act of sex, the characters are generous and descriptive. They don’t describe the act in itself but the way they feel while in it, their pleasure building as the rest of the world falls away.

In “Inventory,” a woman takes descriptive snapshots of the hair color, eye color, and gender of the people she has had sex with because the world has been hit with a virus that spreads through physical contact and turns friends, including the people she has slept with, into strangers. The sexual intimacy and desire between friends and strangers is expressed and executed with a familiarity that doesn’t feel forced despite the situation. “Inventory,” “The Husband Stitch,” and the stories that follow (“Especially Heinous” and “Real Women Have Bodies”) are openly queer and use sex as a tool for connection across genders.

Some of the stories—including “Real Women Have Bodies,” a story about disappearing women; and “Eight Bites,” which details a surgery that causes you to live with the soul of your former self outside of your body—are full of magical realism. However, I would have loved to see more disabled characters in these worlds of sexual pleasure and intimacy. Still, the collection is a strong debut for Machado and will leave you in complete awe. 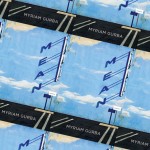