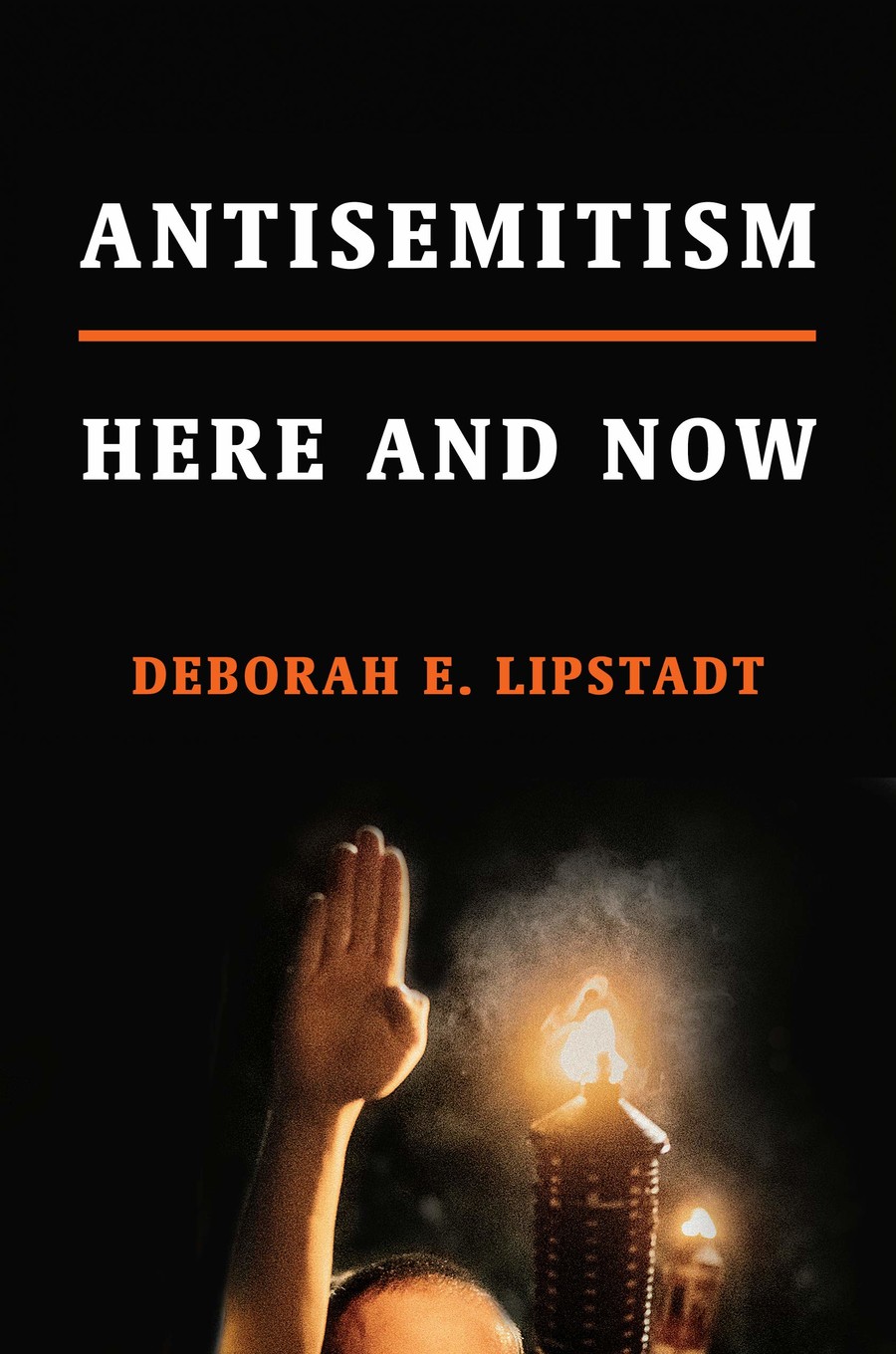 Deborah E. Lipstadt’s recently released seventh book, Antisemitism: Here and Now is a carefully wrought opus designed to make the historical phenomena and contemporary politics that make up the current state of antisemitism accessible to the general public. This intent is shown most clearly in the book’s overarching conceit. It’s written in epistolary form, as a correspondence between the Lipstadt—the Dorot Professor of Modern Jewish History and Holocaust Studies at Emory University—and two imaginary interlocutors who are a composite of many real and well-meaning questioners she’s encountered. “They may be fictional figures, but the questions they ask and the concerns they express belong to very real people,” Lipstadt writes.

There’s Abigail, a “whip-smart Jewish student” who wants to understand the antisemitism she’s witnessing firsthand; and Joe, a non-Jewish professor at the university’s law school doing his sincere best to understand the phenomenon of antisemitism. (Both of these fictitious dialogue partners are prone to offer Lipstadt compliments on her pithy explanations.) As the book whips from topic to topic—from a taxonomy of antisemites to Holocaust denial to antisemitism on both the left and right—the notion of a dialogue, which initially feels somewhat contrived, helps the weight of Lipstadt’s scholarship rest easily on the reader.

Despite this accessibility, Lipstadt’s uncompromising perspective is guaranteed to leave readers uneasy, no matter where they lie on the political spectrum. With antisemitism back in the headlines and being debated hotly in the American political sphere, it’s a useful primer for those seeking to know more. But Lipstadt—whose response to being sued in United Kingdom court by a Holocaust denier was memorialized in the 2016 film Denial, in which she was played by Rachel Weisz—takes the left and right to task in equal measure.

In lengthy chapters, Lipstadt addresses the problem of what she calls “enabling antisemitism”—first as exemplified by Donald Trump, and then by Jeremy Corbyn. In essence, these enablers are people who embrace or condone figures who engage in overt antisemitism without doing so themselves. Trump’s encouragement of white-power radicals speaks for itself, but presented in sequence, his words paint a staggering portrait of a president willing to fan the flames of an ancient and deadly prejudice. For the American reader, who may not know the contours of the lengthy and painful struggle over antisemitism within the U.K.’s Labour Party, the Corbyn chapter is a particularly fascinating look at a politician who embraced antisemitic figures while on the fringes of the U.K.’s political life, and has continued to do so since achieving a position of prominence.

Another useful project of the book is its taxonomy of antisemites—from the extremist antisemite to the “dinner party antisemite” who traffics in stereotypes about money-grubbing, power-hungry Jews without openly agitating against them. With succinct, airtight wording that draws on a lifetime of study, Lipstadt also lays out the motivations and consequences of Holocaust denial, which, she contends, is spreading ever faster on social media.

Her capsule description merits reproduction here because it is simply the clearest and most striking treatment of the subject I have ever seen, and a knockout punch against those who would call Holocaust denial simply an “alternate political view” to be debated in the marketplace of ideas:

“It should be obvious that Holocaust denial is, quite plainly, a form of antisemitism. It’s not about history. It’s about attacking, discrediting, and demonizing Jews. The claims of the deniers— that the Jews planted evidence, got German prisoners of war to admit to crimes they did not commit, and forced Germany to shoulder a tremendous financial and moral burden when the war ended—are predicated on the notion of the mythical power of the Jews, which, they firmly believe, was extensive enough to realize this vast conspiracy. Unconcerned about how their actions would affect millions of people and with only their own political and financial benefit in mind, the Jews created the myth of the Holocaust in order to obtain a state of their own and extract vast amounts of money from Germany. Then, according to this so-called “theory,” they proceeded to displace another people from their land in order to gain sovereignty for themselves. These assertions rely on classic antisemitic tropes, the same ones found throughout two thousand years of antisemitic accusations. Just as the Jews persuaded the Roman Empire, then the rulers of Palestine and much of the rest of the world, to do their bidding and crucify Jesus, so, too, they persuaded the Allies to create evidence of a genocide for their own financial and political gain.”

Antisemitism does its best to address a multifaceted subject with nuance, but occasionally falls victim to a myopic viewpoint that sounds a bit like a series of warmed-over Jonathan Chait columns.

But beyond the areas of the book that focus on subjects of Lipstadt’s scholarly expertise and extensive personal experience, the arguments are less substantive. Readers may be understandably disappointed that Lipstadt has more or less uncritically adopted the “defense of free speech” position that advocates for giving controversial—and at times openly bigoted—speakers a paid platform at college campuses without concomitant protest. Lipstadt states that “However reprehensible their pronouncements are, if [Milo] Yiannopoulous or [Ann] Coulter have been invited to speak on campus, their right to do so must be respected,” and denounces the actions of students who “rioted” as “wrong.” (In a recent phone conversation in which I noted my own experience receiving antisemitic harassment from Yiannopoulos, Lipstadt clarified that she personally would not advocate for inviting such speakers to campus.)

This reactionary impulse is mirrored in a lengthy chapter in which Lipstadt addresses the fact that a number of violent attacks against Jews in Europe, including murders, have been perpetrated by Muslims, and accuses the broader liberal populace of ignoring it. But she neglects to also mention the staggering Islamophobia in European governments and in America, which comes across as disinterest in examining the broader power dynamics at play. That chapter’s tendency to rely on statements by intellectuals and pop stars as a proxy for state power undermines the careful, nuanced thinking present elsewhere in the book.

Similarly, a section on the Boycott, Divestment, Sanctions (BDS) movement condemns the entirety of the movement as antisemitic because of its opposition to Israel “as a Jewish state,” and recommends that readers engage with leftist critiques of the Israeli government in such newspapers as Haaretz. While this is certainly a mainstream position within the Jewish community, advocates of BDS might rightly point out that the current Israeli body politic exists in a state of systematic racial striation, with occupied territories where Israeli control is violently imposed on those without the benefit of citizenship rights. (That said, Lipstadt  does point out that on occasion, BDS adherents have crossed the line into discrimination against Jews, as when a 2015 music festival canceled an appearance by American Jewish pop musician Matisyahu after he failed to give a statement affirming “the right of the Palestinian people to their own state”—an unreasonable requirement for a performer who is simply Jewish.)

Overall, Antisemitism: Here and Now is an uneven but fascinating primer on some of the contemporary manifestations of antisemitism, and a game attempt by a historian to address the rapid unspooling of current events. It’s a work that does its best to address a multifaceted subject with nuance, but occasionally falls victim to a myopic, center-left viewpoint that sounds a bit like a series of warmed-over Jonathan Chait columns. But Lipstadt herself remains a scholar of staggering skill, with an important perspective on antisemitism throughout history, and an important resource for those who seek to understand it in its many forms.

Read this Next: We Take Care Of Our Own 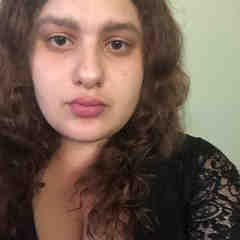 Talia Lavin is a writer based in Brooklyn.