Finally, a Book Tells the Story of Black Female Math Whizzes Who Worked at NASA 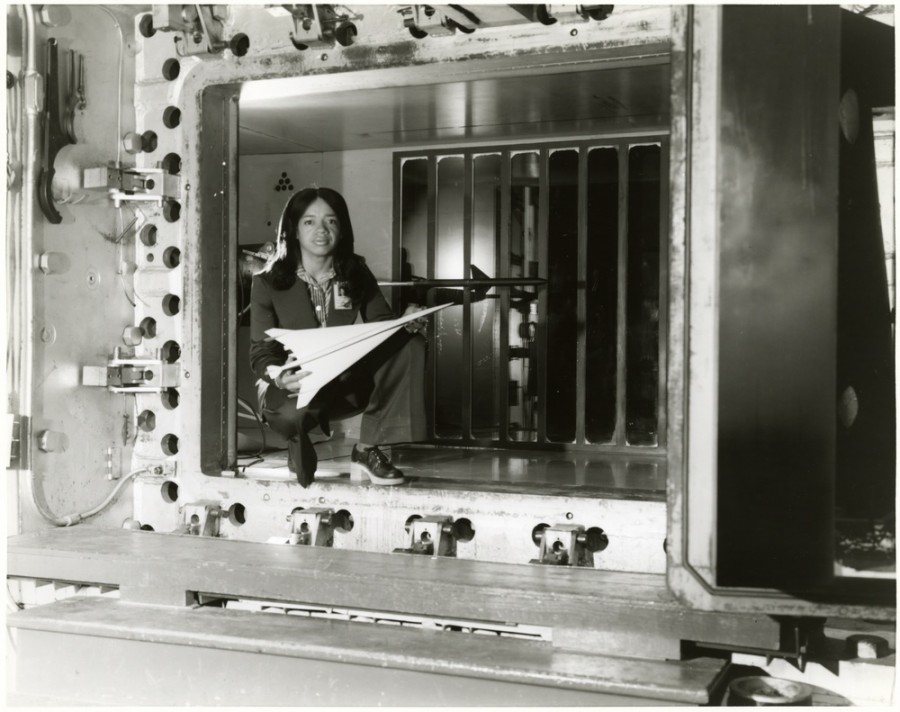 In films and TV shows about the space race, there’s almost always an iconic scene: a big room full of white, male NASA engineers staring nervously at a giant screen, sweating out the countdown to takeoff. What has not been seen, until now, is the women who worked for NASA as human “computers”—the official job title for mathematical whizzes who crunched numbers and calculated flight patterns for engineers long before the advent of the laptop.

In her meticulously researched new book Hidden Figures, author Margot Lee Shetterly brings their stories to light. Through interviews and years of research, she documents the lives and work of several dozen Black women who worked as NASA’s first computers starting in the 1940s. Hidden Figures fills a major gap in our historical record, painting a clear and critical picture of how these mathematical pioneers broke down gender and racial barriers, determined to thrive and pursue science-centric careers in the era of segregation. They went on to do some of the most important work at NASA—Katherine Goble Johnson, for example, calculated the trajectory for John Glenn’s landmark space flight.

“I was determined to prove their existence and their talent in a way that meant they would never be lost to history again,” Shetterly writes in the prologue.

These long-overlooked stories are about to hit the mainstream in a big way. The book, which came out this week, is the basis for a film starring Janelle Monae, Taraji P. Henson, and Octavia Spencer that’s set to debut in theaters this January. While it would be easy to make a shlocky, “inspired by true stories” film based on this material, the trailer for the film looks genuinely great, and the cast has made it clear they don’t want to gloss over more complicated parts of the story. “This is a female-driven movie about contributions that women really made, to our world, not just our society.  That’s a big statement,” Spencer told the New York Times. 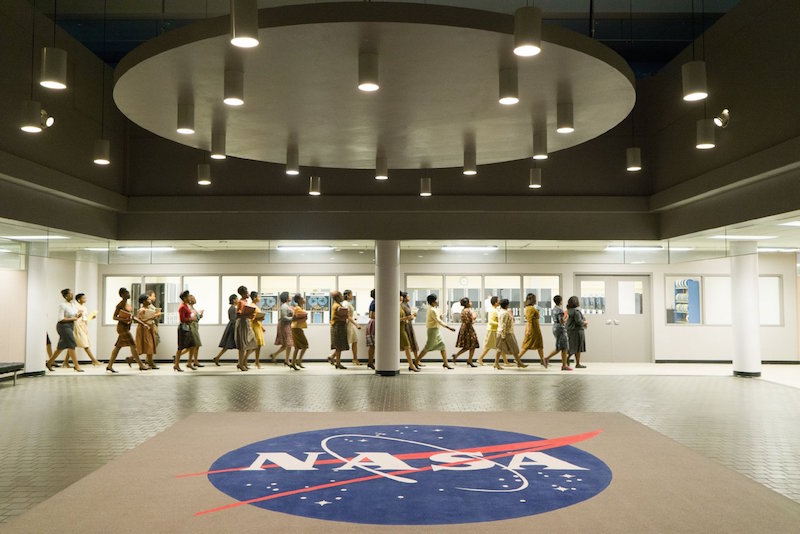 A still from the upcoming Hidden Figures film, which debuts in January.

For Shetterly, this story is personal—she grew up around these women. In 1964, Shetterly’s dad joined the staff of NASA’s Langley Research Center in Hampton, Virginia. Langley was the research hub for the government’s engineering work on, first, military airplanes and, later, space exploration. In 1984, just two percent of engineers in the United States were Black. But for Shetterly, it was not unusual at all to see Black people working as engineers, scientists, and mathematicians. “I knew so many African Americans working in science, math, and engineering that I thought that’s just what Black folks did,” she writes in Hidden Figures. As an adult, she realized how exceptional it was to be surrounded by Black STEM pioneers and became obsessed with sharing the stories of women like Dorothy Vaughan, Katherine Johnson, and Mary Jackson, whose work has not gotten the attention or credit it deserves.

Shetterly says when she started telling people about the stories of Black women working at NASA, people often assumed there must have been only a handful of Black women working there—five or six, maybe. Instead, through interviews and research, Shetterly estimates there were 70 Black women who worked as computers, mathematicians, engineers, and scientists at the research center from 1943 to 1980.

The women were able to get a foot in the door at NASA during World War II—when the agency was called the National Advisory Committee for Aeronautics (NACA) and was part of the war machine turning out military airplanes. In the height of the war, Langley desperately needed mathematicians, engineers, and number crunchers. For the first time in U.S. history, those jobs were ostensibly open to African-Americans. As Shetterly explains, the work of civil rights leader Asa Philip Randolph led to President Roosevelt signing executive orders that desegregated the defense industry and created the Fair Employment Practices Committee to monitor the federal project of economic inclusion. During the war, Black women started to apply for computer jobs at Langley. At the time, Black women with math and science degrees had pretty much one job open to them: schoolteacher. The first Black women computers were hired with no fanfare or big announcement—the personnel officer at the lab set up a segregated workspace, assigned a white woman as the head of the office, and hired a small group of Black women to get to work analyzing data from the site’s wind tunnels and flight tests. 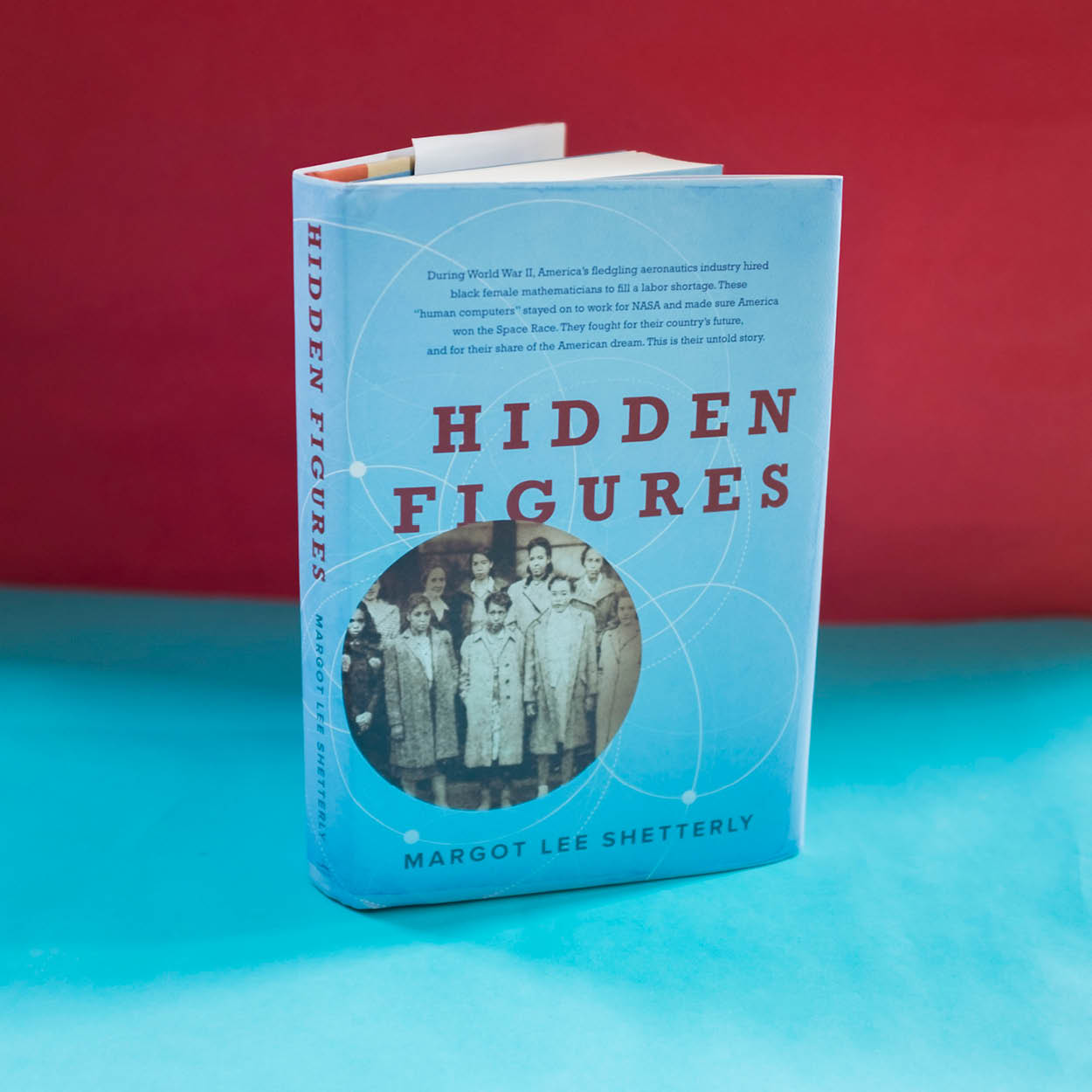 As Shetterly writes in the book:

“No one anticipated that millions of wartime women would refuse to leave the American workplace and forever change the meaning of women’s work, or that American Negroes would persist in their demands for full access to the founding ideals of the country and not be moved. The black female mathematicians who walked into Langley in 1943 would find themselves at the intersection of these great transformations.”

Hidden Figures doesn’t shy away from frank discussions of the discrimination and institutional barriers facing Black women working in math and science. While Hidden Figures celebrates the perseverance and intelligence of NASA’s computers, Shetterly also focuses on criticisms of NASA. The book highlights, for example, civil rights activists who pointed out the problems with the government spending billions of dollars to put a man on the moon (and the imperialist notions of wanting to “conquer space”) while ignoring poverty and racial discrimination at home.

Women were systematically paid less than men who came to Langley, even though they had equal education, and there was a very real glass ceiling at NASA—women could be computers, but very few were ever promoted to the role of engineer or the head of a department. For years, Langley maintained racially segregated facilities, requiring Black employees to use “Colored Only” bathrooms. Shetterly deftly demonstrates how each of the women she interviewed dealt with this everyday discrimination in her own way. Some women kept their heads down and made sure their work was flawless; others protested the segregation in small ways. One galling example of segregation was found in the lunchroom cafeteria: People could sit wherever they wanted, except that a sign marked one table in the back for “Colored Computers.” Shetterly explains how one computer, Miriam Mann, finally snatched the sign off the table and slipped it into her bag, saying, “There’s my sign for today.” The sign was replaced a few days later, so Mann removed it again. This back-and-forth continued until finally the sign disappeared for good.

It’s these kinds of small wins that make up the emotional fabric of the stories in Hidden Figures. When I interviewed Shetterly about her research last year, she said one of the most impressive things about the women she interviewed is that they were determined to stick with their work—despite workplace segregation and gender discrimination. “I think it’s the everyday courage to be in a new situation where the expectations are very low, perhaps, and to stick with it and just, through force of will and through your own talent, decide that you’re going to defy those expectations,” she said. “That takes a lot of guts.”