The High Stakes of Zubik v. Burwell for Anti-Discrimination Laws 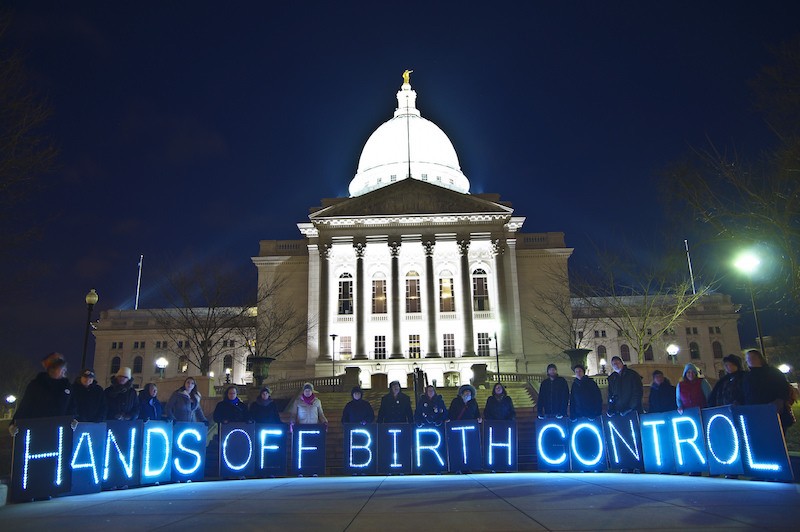 A 2014 protest against rollbacks of reproductive rights. Photo by Joe Brusky (Creative Commons).

Update May 16: The Supreme Court has decided to punt this case back to lower courts to decide, which means there likely won't be a definitive ruling on it until after the election.  Ilyse Hogue, president of NARAL Pro-Choice America, responded to the decision in a statement: “Most voters agree that women must be empowered to make our own decisions about our bodies— it is not only a fundamental right but also vital to our economic success. No one should have to ask their boss for permission to get the health care they need, and women shouldn't have to wait even longer for the courts to make that clear.”

Last week, the Supreme Court heard arguments in Zubik v. Burwell, a crucial case on reproductive rights. The case is actually a consolidation of seven cases involving religious nonprofits who are taking the federal government to court over the Affordable Care Act. The issue at hand is—you guessed it—whether or not religious nonprofits are legally required to take part in any way in a process that provides free and easy access to birth control for their employees.

Remember, companies can already refuse to have their insurance cover birth control—that exemption was granted in the 2014 Hobby Lobby case. While Obamacare requires employers to include coverage of contraception in their workers’ health care plans, bosses who object to that idea on religious grounds can fill out a form or write a letter seeking exemption. But now, groups like the East Texas Baptist University and Catholic institute Little Sisters of the Poor are arguing that the current system constitutes an undue burden on their religious rights.

Last week, it looked like the court would split 4-4 on the case. Yesterday, the justices requested a pile of new information from attorneys that hint the majority might rule against the religious groups, but the outcome is clearly still up in the air.

It’s easy to misunderstand the main issue in this case because it seems as though the religious nonprofits are arguing that filling out a form is the undue burden, and I know, you’re like, “Wah, wah, fuck these guys” (and, you’re right, fuck these guys). But they’re actually arguing that the undue burden results from the fact that requiring them to request an exemption renders them complicit in an act that they believe is sinful. Since some of the contraceptives (specifically emergency contraception like Plan B) technically could sometimes be preventing the implantation of a fertilized embryo (which they deem to be sacred human life, even though it’s basically just some sacred human sperm at that point), this is tantamount to enabling abortion in their minds.

So if you thought Hobby Lobby was stupid, I understand if you're even more frustrated by this case. Because it’s basically saying, “All the awful things we achieved in that case are not enough, and we will keep coming back as long as women have even a modicum of freedom around their reproductive health.” The implications of this case are wide-ranging and really disturbing. 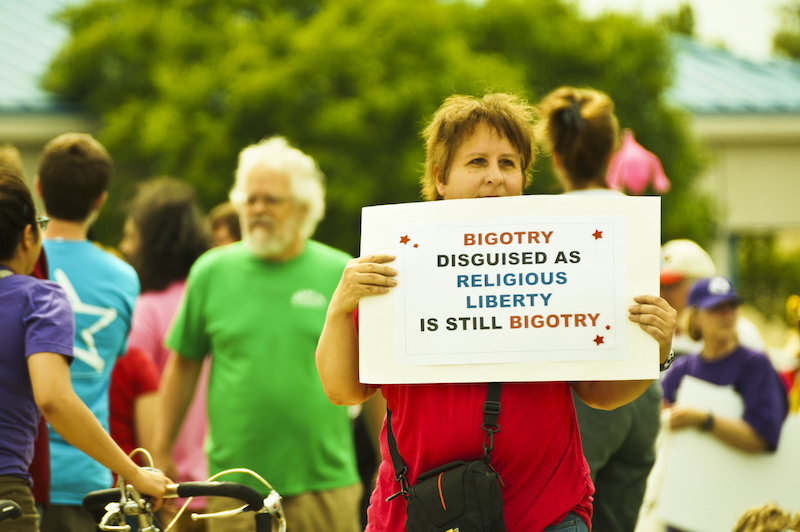 The biggest real-world impact of this case won’t be on birth control access. If the Supreme Court decides in favor of the religious nonprofits in this case, their employees will still be able to get birth control—the government would still provide this to them through the Affordable Care Act, at no cost to the employers. The bigger issue with this case is the precedent it could set for religious rights trumping civil rights. If the religious folks win this case, it could strongly impact LGBT and racial discrimination cases in the future. All those instances of business owners refusing to provide services for same-sex couples because they believe marriage is for a man and a woman? Those business owners could be legally protected as religious objectors. In their friend-of-the-court brief, the Lambda Legal Defense Fund also cites a concern that a precedent set by Zubik v. Burwell could protect employers who object to same-sex marriage refusing to pay Social Security payments for a same-sex spouse.

If the court split 4-4 on this case, no precedent will be set, but the decisions of the lower courts will stand, meaning that some states will be subject to one set of laws while the others are not.

One interesting thing that took place at the arguments last week was the religious side’s lawyer repeatedly using the term “hijacking” to refer to the government’s option for religious nonprofits to submit the birth control exemption form, and this term being repeated several times by the Justices themselves.

“The government wants ‘to hijack our health plans and provide the [contraceptive] coverage against our will,” said attorney Paul D. Clement during the oral arguments last week, quoted by SCOTUSblog. The words “hijack” and “hijacking” appeared seven times in the transcript of the 94-minute hearing. Framing this as a “hijacking” is clear example of conservative fearmongering. They’re using the language of terrorism to whip up fervor around any exercise of power by the federal government. Requiring employers to inform the government that they object to providing birth control coverage so that the government can make sure their employees receive that coverage from someone else is equivalent to a violent, hostile takeover? Give me a break. That’s a straightforward bureaucratic request, not an insidious attack. Regardless of the decision the Supreme Court ultimately reaches on Zubik v. Burwell, this is some Fox News-esque jiggery-pokery (to borrow a phrase from the late Justice Scalia) that we don’t need invading courts.

by Sarah Mirk
This week, we bring you three stories about the visceral realities of bodies.