Racism and Apathy along the “Highway of Tears” 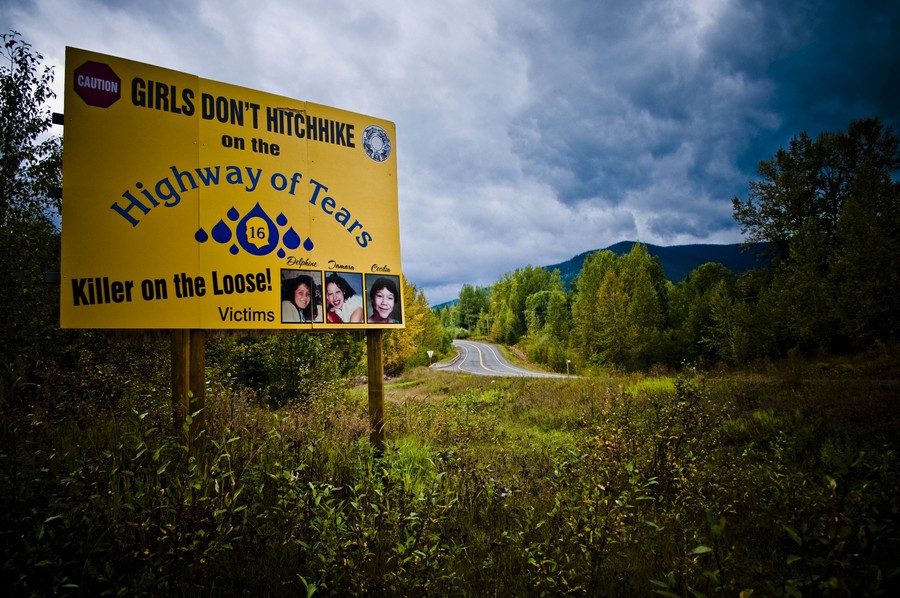 In July 2019, the Canadian government released a report about the prevalence of missing and murdered Indigenous women and girls as well as two-spirit and LGBTQ people. “Reclaiming Power and Place: The Final Report of the National Inquiry into Missing and Murdered Indigenous Women and Girls” came after a two-year national inquiry that included community hearings, forensic evidence gathering, and testimony from more than 1,400 survivors and the relatives of those who’d gone missing or had been killed.

Canadian journalist Jessica McDiarmid spotlights some of those testimonies in her new book Highway of Tears: A True Story of Racism, Indifference, and the Pursuit of Justice for Missing and Murdered Indigneous Women and Girls, which focuses on the lives, disappearances, and deaths of Indigenous women and girls along the 450-mile stretch of Highway 16 in British Columbia known as the Highway of Tears. One-third of Canada’s 225 unsolved cases regarding missing and murdered Indigenous women and girls (MMIWG) are in British Columbia, which has more than twice the number of unsolved cases as Alberta, the province with the second-highest number of unsolved cases.

McDiarmid uses interviews with the family and friends of those missing or murdered, community activists, and police officers to humanize and contextualize their stories. The book begins with 16-year-old Ramona Wilson, an Indigenous teen who disappeared in 1994, right after she’d begun working as a peer counselor. Wilson loved helping people, and she dreamed about majoring in psychology. Her body was found about one year after she disappeared in a wooded area about 11 miles away from her home. Each girl or woman’s story is framed within a larger discussion of historic policies and contemporary racial tensions. In Smithers, the small town where Wilson and another girl who went missing were raised, Indigenous youth intentionally hung out in public places with surveillance cameras so any interaction, harassment, or abuse from local police would be recorded.

Rampant racism among the police has a widespread impact on this crisis: When Wilson went missing, her mother, Matilda, was hesitant about seeking help. “I had no faith in their ability to do anything,” she tells McDiarmid. She felt like the police shrugged off her daughter’s disappearance, and blamed her—a single mother on welfare—for creating an “unhappy” home environment. Due to the lack of response from police and media, the families of the MMIWG often have to step in to do what the work the justice system should be doing. When 15-year-old Delphine Nikal went missing in 1990, her sisters and friends—who were also young teenagers at the time–decided to raise awareness, but they had extremely limited resources.

They couldn’t offer a monetary reward for information and were barely able to afford to print missing-persons posters. Instead, they relied on word of mouth to spread news about Nikal’s disappearance and went door to door in the nearby town where she was rumored to have gone. Despite their efforts, Nikal’s disappearance received very little media attention; the local newspaper didn’t run a story about her disappearance until four months after she went missing. Twenty-seven years later, her case is still unsolved. Nineteen-year-old Lana Derrick disappeared in 1995. Though authorities became involved a week after she was reported missing, police only searched for her for 72 hours. Derrick’s cousin, Wanda, told McDiarmid, “We realized ‘Okay, you’re on your own.’ We can’t count on the justice system to advocate or to protect First Nations women or the interests of the communities. We’ve only got ourselves.” Derrick’s family continued searching the nearby forest, but her case—like so many others—is still unsolved.

Unfortunately, it’s common for media and law enforcement to be apathetic toward MMIWG: McDiarmid highlights “‘Newsworthy’ Victims: Exploring Differences in Canadian Local Press Coverage of Missing/Murdered Aboriginal and white Women,” Kristin Gilchrist’s 2010 Feminist Media Studies paper, which found that missing Indigenous women were not only less likely to be mentioned by the media, but were less likely to have their stories on the front page. On the rare occasion that their stories are covered, they’re shorter than the stories about white victims. Gilchrist also found that “beyond superficial details, readers did not get the same sense of who the Aboriginal women were or what they meant to their loved ones or communities.” Media attention is important for generating tips and for putting pressure on police to invest time in a case; it also hints at which victims society deems worthy of coverage.

Twenty-three-year-old Melanie Carpenter, described in a January 1995 Maclean’s article as a “hazel-eyed blond” who “often dressed conservatively to conceal her attractive figure,” was kidnapped and murdered around the same time as Wilson. Carpenter’s disappearance led news broadcasts across Canada, hundreds of people volunteered to help search for her, and her family raised $6,500 in Smithers—the very community that Wilson disappeared from. (Wilson family’s fundraiser barely broke even.) When 24-year-old tree planter Nicole Hoar went missing along the Highway of Tears in 2002, hundreds of volunteers joined the search party and her disappearance made international news. Both Carpenter and Hoar’s families had the financial means to offer more than $25,000 for information; Wilson’s family had to patch together $1,000 from selling leather vests, moccasins, earrings, and baked goods. 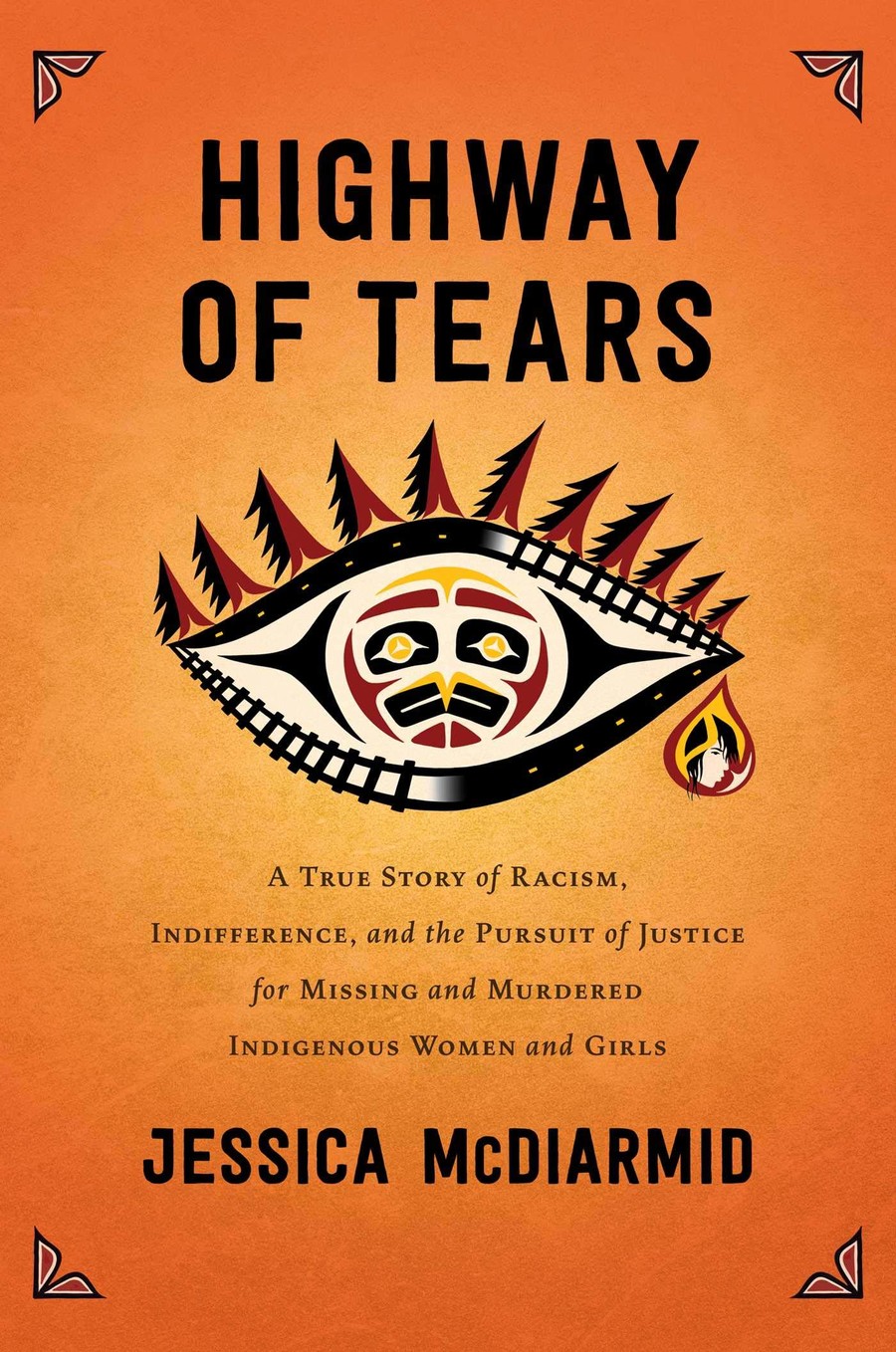 Highway of Tears: A True Story of Racism, Indifference, and the Pursuit of Justice for Missing and Murdered Indigenous Women and Girls by Jessica McDiarmid (Photo credit: Atria Books)

Though the police and the media have historically failed Indigenous victims, activists and the families of the missing and murdered are still pushing for change. Fourteen-year-old Aielah Saric-Auger’s 2006 murder hit the Indigenous community so hard that organizers quickly coordinated a Highway of Tears Symposium. As a result, there were more than 33 recommendations issued to keep Indigenous people safe, including long-term solutions, like addressing poverty and access to healthcare and social services in rural communities, and immediate solutions, like introducing a shuttle bus system to link rural communities along the highway. (The Royal Canadian Mounted Police publicly endorsed the report and recommendations.)

Thirteen years after the Highway of Tears Symposium, the national inquiry report has introduced 231 new recommendations. Though these recommendations symbolize that the Canadian government is paying more attention to the MMIWG crisis, some relatives of those who’ve disappeared or have been murdered think more can be done. In a June 2019 interview with CBC News, Wilson’s older sister, Brenda, said that too little had changed since the 2006 symposium. “How many times are we going to have to do this over and over before there is an action plan?” she asked. How long will families be forced to relive the trauma of their loved ones death or disappearance, with empty promises of justice? Who will be held accountable, and when?

The stories of violence and indifference in Highway of Tears are devastating. McDiarmid calls attention to issues like homelessness, substance abuse, or juvenile delinquency not as personal failures, but as products of systemic violence and a failure of the Canadian government. She deeply humanizes girls and women who are often blamed—by the police, the media, and their own communities—for their own victimhood. Each chapter features photos of the girls smiling or hugging family members. They’re beautifully individual and present—not just statistics or more general stories that bring more awareness to the violence against Indigenous communities. The love and pain, grief and resistance of the mothers, aunts, siblings and friends is palpable on the pages.

Since June 1995, Wilson’s mother, Matilda, has held a memorial walk that traverses from Smithers to the wooded area where authorities discovered her daughter’s body. Twenty-five years after Wilson’s death, Matilda continues to march—not only for her daughter but also for all the missing and murdered Indigenous women and girls who’ve met their end on the Highway of Tears. Similarly, McDiarmid’s book holds us all accountable, no matter what measures the Canadian federal and provincial governments take to protect Indigenous women and girls from violence. “Not nearly enough people gave a damn when these girls and women went missing. We did not protect them. We failed them,” she writes. “[But] we can make sure it does not happen again. And we can remember them, these young women with all their dreams and troubles and hopes and cares, who should still be here today. I owe them this. We all do.”

Read this Next: Missing, Murdered, but Never Forgotten 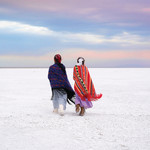 by Abaki Beck
Today, sexual and gendered violence is one of the greatest issues plaguing Indian country.