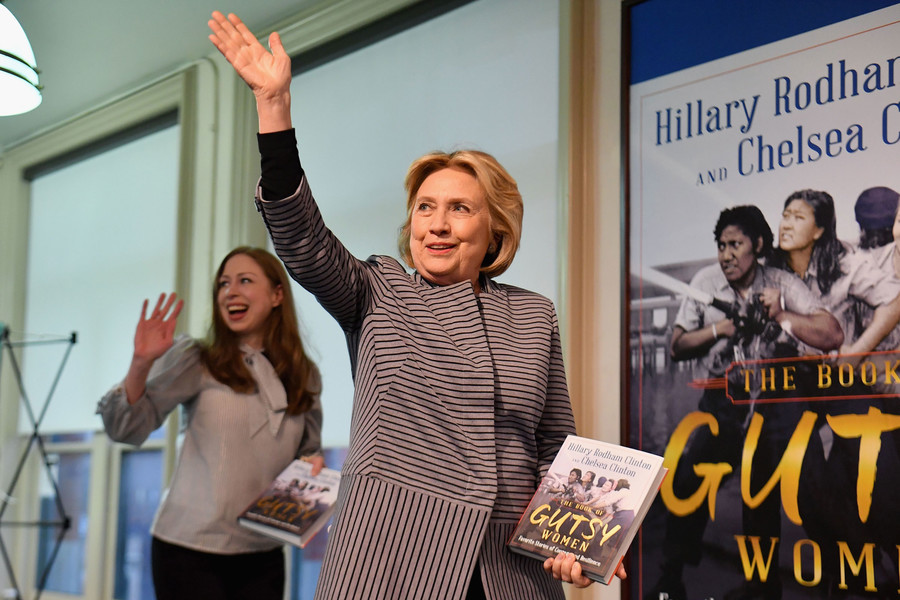 Autumn Leva, policy director at the conservative lobbying organization Family Policy Alliance, sits in front of a wood-framed fireplace and smiles at the camera. “C’mon,” she says. “How wrong does something have to be for a Christian, pro-family organization and a radical feminist organization to oppose it together?”

Leva is referring to Women’s Liberation Front (WoLF); her costar in this video is Kara Dansky, an attorney and WoLF board member. “Yeah, I think we disagree on a lot of things,” Dansky says. “WoLF stands unapologetically for reproductive sovereignty, for gay rights, for marriage equality, and I think that our organizations disagree on those issues.” But, she continues, “On certain issues, such as gender identity, pornography, and prostitution, WoLF finds that the Left has pretty much sold out women…. We find that gender identity, pornography, and prostitution are all harmful to women and girls, and we stand up for women and girls, and to the extent that Family Policy Alliance also stands up for women and girls on these issues, we’ll work together.”

The Women’s Liberation Front is the most active anti-trans feminist group in the United States. (Recently they partnered with anti-feminist group Concerned Women for America to organize the anti-trans rally outside the Supreme Court on October 8). And the goal of the 2017 video Dansky and Leva made was to introduce WoLF’s partnership with Family Policy Alliance (FPA) to FPA members and explain why, indeed, a “Christian, pro-family organization” and a “radical feminist organization” were working together. In this particular instance, the two organizations had joined together to oppose transgender teen Gavin Grimm’s lawsuit, in which Grimm had petitioned to use the boys’ bathroom at his high school.

Partnering with and platforming members of one marginalized group for the express purpose of throwing another group under the bus is a tried-and-true tactic of the Right. And white feminists have always been willing to accept that platform. Writing in ReWire.News in 2013, Dr. Anthea Butler, Associate Professor of Religious Studies and Africana Studies at the University of Pennsylvania, reminds us that “[i]t is not the responsibility of feminists of color to tell white feminists we exist and have been a part of the feminist movement for a long time.”

From white suffragettes aligning their interests with white men rather than women of color to get the vote, to Phyllis Schlafly’s Stop ERA movement, to the “sex wars” of the 1980s, to white women working against the decriminalization of sex work, to white female voters’ majority support for Trump, white cisgender women have consistently refused to see how patriarchy, racism, anti-immigrant sentiment, xenophobia, and classism work together to keep all of us oppressed. Anti-trans feminists are merely the current iteration of white feminism being lifted by the Right in order to bolster their grab for authoritarian control.

Unfortunately, it’s often all too easy for people who don’t necessarily identify with anti-trans advocacy to inadvertently parrot anti-trans talking points as pro-woman statements. On October 13, Hillary Clinton and her daughter Chelsea sat down with U.K. newspaper the Sunday Times to discuss their new book about “gutsy women.” Among the 103 women whose lives and achievements are lauded in the book is Danica Roem, who in 2018 became the first transgender woman to serve in a state legislature. Roem’s inclusion in the book prompted interviewer Decca Aitkenhead to ask, “Can someone with a beard and a penis ever be a woman?” The blunt and intrinsically transphobic question was meant to be a gotcha, and it worked on at least one Clinton present: Though Chelsea answered with a prompt affirmative and side-eye toward Aitkenhead, Secretary Clinton took the opportunity to equivocate on her sometimes-rocky support for trans lives and livelihoods. One part of her response stood out:

“I think you’ve got to be sensitive to how difficult this is. There are women who’d say [to a trans woman], ‘You know what, you’ve never had the kind of life experiences that I’ve had. So I respect who you are, but don’t tell me you’re the same as me.’ I hear that conversation all the time.”

I think I understand the gist of what Secretary Clinton was trying to put forward. Given that her answer started with the acknowledgment that she was still learning about this “very big generational discussion,” perhaps she was trying to model the journey of someone coming to full support for transgender justice. Journey stories are a key tool in successful organizing and base building. But usually, someone modeling that journey to acceptance is at the end of it, speaking with full-throated support for justice and equality—not halfway through, still worried about sensitivity and respectability politics. And Clinton herself is clearly not at the end of her journey. Storytelling should serve as an inspiration, not an excuse or an apology.

By equivocating on trans equality and separating cisgender women from transgender women, Secretary Clinton echoed the rhetoric that has facilitated the ongoing partnership between anti-trans feminists and the Christian Right. However well-meaning her statements, they recentered non-transgender people in the discourse around trans justice and replicated the rhetoric of anti-transgender feminists, whose demands for sensitivity, safety, and security are all proxies for the erasure of trans lives. As a global icon on a book tour whose focus is gutsy women, Clinton shored up 40 years of coordinated effort to give anti-trans advocacy the appearance of a broad base of support.

As Esther Wang noted in her May 2019 Jezebel piece on anti-trans feminism’s partnership with the Right, “TERF ideology at its core is simple and bigoted: trans women are not women, and their demand for inclusion, and even their very existence, is a danger to women.” When Clinton quotes a hypothetical cisgender woman talking to a trans woman, she is explicitly placing trans women as “other” and very plainly evoking that danger. And when she makes a plea for “sensitivity,” she’s both equivocating on whether transgender people deserve true justice and equality, and prioritizing the comfort of non-transgender people over the self-determination of the trans community. Both are potentially harmful outcomes, as Secretary Clinton’s words will become a beacon for neoliberals, progressives, and even Leftists who resist justice for transgender people.

Predictably, Right-wing media was right on time, with headline after headline lifting up Clinton as the paramount example of a figure on the Left who doesn’t fully support justice for trans people. For media outlets with their own anti-trans biases, the interview provided the perfect opportunity to hit two prized targets at once. “Hillary Clinton Doesn’t Seem Sure If Transgender Women Should Be Considered Real Women,” crowed the Daily Caller, while the Patriot Post went with the more succinct “Gender Confusion Stumps Hillary” and Las Vegas Review-Journal snarked that “Transgender ideology is so extreme it makes Hillary Clinton ‘uneasy.’”

By equivocating on trans equality and separating cisgender women from transgender women, Secretary Clinton echoed the rhetoric that has facilitated the ongoing partnership between anti-trans feminists and the Christian Right.

Such headlines mirror the way that “feminism” and “feminist” are deployed in the messages sent by Evangelical- and Catholic-Right advocacy and hard-right media organizations platforming anti-trans feminists: “Feminist says transgender ideology is incoherent intimidation” (Breitbart), “Feminist criticizes transgender bill: ‘if you were born a female, you are doomed’” (LifeSite News), “You Can Have Transgenderism Or Feminism, But You Can’t Have Both” (The Daily Wire).

When conservatives partner directly and deliberately with anti-trans feminists, they are capitalizing on anti-trans feminists’ scarcity mindset—the idea that if there aren’t enough resources to create health, safety, and well-being for everyone, we have to use some criteria to determine who deserves those things more than others. And in the case of anti-trans feminists, the criterion is gender essentialism. It’s like “saying there aren’t enough rights to go around, and therefore we must prioritize cis women over everyone else,” I told NBC News in January, after the Heritage Foundation hosted a panel of anti-trans feminists to criticize the federal Equality Act. “That’s right out of the right’s playbook, when they say, ‘Let’s prioritize citizens over noncitizens, let’s prioritize white people over people of color.’”

“How wrong does something have to be for a Christian, pro-family organization and a radical feminist organization to oppose it together?” Autumn Leva asked in Family Policy Alliance’s video with Women’s Liberation Front. Clinton’s hesitance around justice for transgender people and call for “sensitivity” toward anti-trans cisgender women was a gift to anti-trans feminists and the Right-wing advocacy and media orgs who platform them. Feminists must do better than gifting talking points directly to the Right; there is no room for hesitation on trans equality.

Read this Next: It's Time to End the Long History of Feminism Failing Transgender Women

by Tina Vasquez
The marginalization of transgender women in feminism is not new, but the decades-long debate has taken on new dimension thanks to social media and the ease of finding strangers’ personal information online. 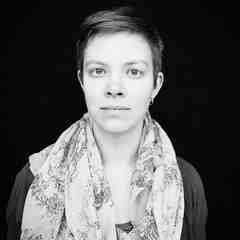 Heron Greenesmith is the Senior Research Analyst for LGBTQI+ Justice at Political Research Associates, where they focus on monitoring the spread of “gender ideology” rhetoric, partnerships between the Christian Right and anti-trans feminists, religious exemptions, and other anti-LGBTQI+ rhetoric and movements in the US and abroad. Heron has worked in LGBTQ advocacy for over a decade with the National Coalition of Anti-Violence Programs, the Movement Advancement Project, Family Equality Council, and the National LGBTQ Task Force. They specialize in advocacy for bisexual and pansexual people. Heron is a graduate of the University of New Hampshire and American University, Washington College of Law. Heron is admitted to the New York and Massachusetts bars. They are a former board member of the Massachusetts LGBTQ Bar Association, a former board member of the National LGBT Bar Association, a former Rockwood Leadership Institute Fellow, and a returned Peace Corps Volunteer.