History Speaks for Itself | Bitch Media

History Speaks for ItselfMigration, Women of Color, and the Fight for Equal Pay 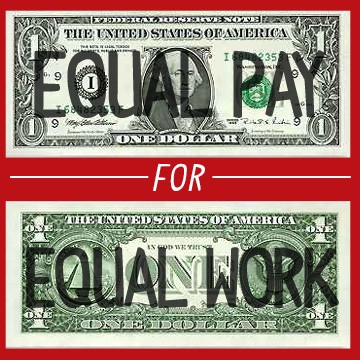 Equal Pay Day falls on April 4 this year, symbolizing the extra time that it takes for the average woman to earn what a white man earned in the previous year. For some, Equal Pay Day can provide a sense of unity—who can argue with equal pay for equal work? It’s a palatable and easy ask to get behind. For many women, however, equal pay can seem like a kind of empty promise, a call for solidarity that makes it easy to render those most impacted by economic inequity invisible.

Women are not monolithic, so citing that women on average earn 80 cents to every dollar a white man earns can be misleading. In reality, according to the Current Population Survey (CPS), African American women earn roughly 63 cents to the dollar and Latina women earn only 54 cents; while the American Community Survey (ACS) estimates that Native American women earn only 58 cents to the dollar. Asian American women are often cited as earning more than women overall, but when wage data is disaggregated by ethnicity, Southeast Asian and Pacific Islander women have some of the highest wage gaps compared to other racial and ethnic groups. Women of color are not monolithic: The economic realities of transgender, undocumented, aging, and LGBQ women of color are a far cry from the whitewashed portrayals we see in the media and in our own movement. Acknowledging the economic reality of women of color on Equal Pay Day is a start, but it’s nowhere close to the end.

Citing or reading about pay gap statistics for women of color alone does not automatically translate to a deeper understanding of how racism and sexism together have shaped and sustain systems of economic disparity. As Audre Lorde wrote, “I am not free while any woman is unfree, even when her shackles are very different from my own.” We have to move beyond statistics and have deeper conversations about how we got here. The histories of wage disparities for women of color are different than those of white women, and these histories impact the stories we tell about equal pay and the solutions we generate.

Understanding the history of Asian American and Pacific Islander (AAPI) immigration can help deepen awareness of how economic inequity has shaped the AAPI community. Early immigration laws in the United States targeted and excluded Asian immigrants and women,  which shaped the migration and work patterns of different AAPI groups. The Naturalization Act of 1870 prevented Asian immigrants from receiving citizenship by limiting naturalization to white people and people of African descent. The Page Act of 1875 was one of the first federal laws that restricted entry to the United States based on “lewd and immoral purposes,” stereotyping all unmarried Asian American women as sex workers and denying them entry. A few years later, the Chinese Exclusion Act of 1882 explicitly excluded a specific ethnic group from entering the United States (and it wasn’t repealed until the 1940s). The U.S. in the early 1900s also created immigration policies that restricted migration from the “Asiatic Barred Zone,” which included Pacific Islander and South Asian countries.

In the 1950s, immigration policy upheld national origin quotas, limiting the number of immigrants who could enter the U.S. and establishing a preference for European countries. Immigration reform in the 1960s shifted away from the national origin quotas and established a system based on skill-preference and certain family priority, an approach which continued up to the 1990s. This is significant, because while previously AAPI  migration was limited based on discriminatory nationality preference, the 1960s and 1990s opened the door for more AAPI populations to migrate. An exception to this trend is colonized AAPI populations. Filipino communities migrated earlier in U.S. history in the late 1800s and early 1900s following the U.S. colonization of the Philippines after the Spanish-American War. U.S. colonization established pathways for migration for middle class Filipinos as well as Filipino laborers who worked plantations and farms.

When, how, and why people migrate influences how they enter into the labor force. The histories of migration and intergenerational economic inequity is reflected in the wage gaps of different AAPI ethnicities, but only if those histories and the data are made visible. Black, Native, and Latina women also have their own histories of forced migration, genocide, and colonization. These narratives are not tangential, but rather central, to understanding the current wage gap and envisioning economic equity for all women.

Having women of color in leadership in economic justice spaces—their stories, experiences, and observations—can disrupt the status quo outside and inside our movements. Under the leadership of women of color, Equal Pay Day can transform from a day of false uniformity and shift towards something more radical. Without centering the needs and leadership of women of color in our pay equity work, legislation aimed at closing the wage gap will only serve those already positioned for upward mobility. Women of color need more than pay transparency and anti-retaliation laws. Women of color need reparations, comparable worth standards, comprehensive immigration reform, prison divestment, reproductive rights access, and transgender non-discrimination protections. Solidarity is not something that can be constructed once a year; solidarity is something cultivated over time. While women of color will continue to show up at the table and fight for equal pay, white feminists need to learn the histories of women of color and be prepared to show up for Black Americans, Muslim Americans, immigrants, and transgender people the other 364 days of the year.

As Equal Pay Day gains traction, we have to make sure that the same commodification that has characterized mainstream feminism and our current political environment does not take hold. If the recent election has taught us anything, women of color cannot be bought with false promises of solidarity and empty solutions. Centuries of oppression have taught us better. Liberation requires more than simply including women of color statistics in Equal Pay Day outreach. It demands uplifting our histories and showing up for us every other day of the year. Meaningful cross-movement building recognizes that liberation is not achieved through fabricated uniformity; revolution occurs at the spaces of difference and places of growth. We can move towards a vision of pay equity that centers the histories and needs of women of color, moving us beyond the simple wage gap narrative and towards true gender, racial, and economic equality. 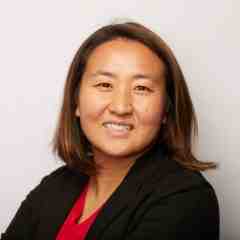 Sung Yeon guides, implements, and evaluates NAPAWF’s multi-city field organizing strategies. Sung Yeon also serves on the senior leadership team of NAPAWF, which guides the overall strategic direction and sustainability of the organization. Sung Yeon is a first generation immigrant who came to the U.S. to study Political Science and Urban Studies at Wheaton College in Wheaton, IL and earned an M.Div from McCormick Theological Seminary in Chicago. Sung Yeon is a Teaching Elder in the Presbyterian Church(U.S.A.). Sung Yeon is a board member of Hana Center, a Korean American Immigrant Rights and social service organization in Chicago. 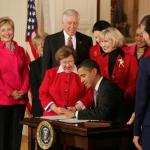 Lilly Ledbetter is an icon of the fight for equal pay. In person, she’s a very polite and friendly woman whose...