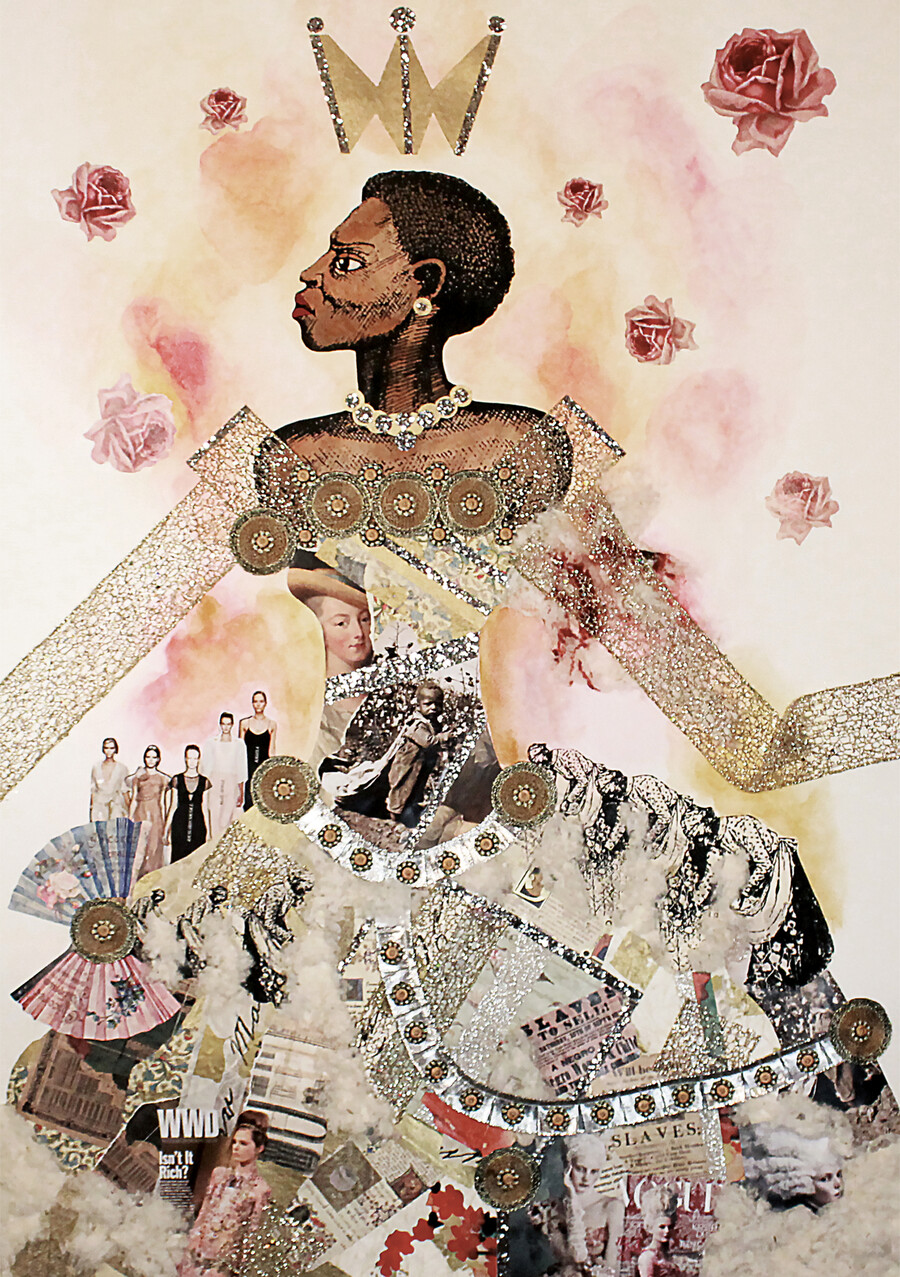 “Muse” from the series Antebellum Atelier (Artwork by Andrea Cauthen)

Since their creation, narrative films have been altering the imaginary landscape of our past, our current lives, the future, and what we even imagine as possible. Consciously or not, cinema largely shapes our perception of historical events, so even our understanding of slavery is influenced directly by a filmmaker’s fantasy. White subjectivity in films such as Gone with the Wind (1939), Sally Hemings: An American Scandal (2000), 12 Years a Slave (2013), and Harriet (2019), among others, is criticized not for taking liberties but for its effect on remaking white identity within our cultural perception of slavery. Plantation dramas are case studies: The majority of these films have very little to say about Black people or the ways that Black people have historically survived white supremacy; instead they demonstrate whiteness’ capacity to embed a positive value in every narrative.

The narrative choices made in these films reveal a troubling use of the plantation as a space to rewrite white subjectivity as a force complicated by power rather than produced by it. In her 1997 book, Scenes of Subjection: Terror, Slavery, and Self-Making in Nineteenth-Century America, African American literature and history scholar Saidiya V. Hartman notes that this process of shaping white subjectivity began in the 19th century. Hartman clarifies that the self-making process was a melodrama on the plantation because the fields, home, and shacks could become a stage for terror at any moment. “Melodrama presented blackness as a vehicle of protest and dissent, and minstrelsy made it the embodiment of unmentionable and transgressive pleasures,” Hartman writes. “In both instances, the fashioning of blackness aroused pity and fear, desire and revulsion, and terror and pleasure.”

In other words, the plantation has always been a site of fantasy and romanticized melodrama where whiteness gained value through the subjection of others. White people who didn’t own enslaved people, including mistresses, envied and fantasized about the plantation, and the plantation drama has since supplemented and satiated white fantastical longing for this era. The theater provides an opportunity to transcend the screen and fantasize reenactments of human consumption—from rape and torture to anguish and “heroism.” This recoding of white subjectivity creates a muddled landscape where slave narratives aim to alter our perception of enslavement as a system populated with “good” white people helpless to do anything to stop the institution of slavery. Actual instances of nonwhite slave owners intervening to assist the enslaved in the South are few and far between.

Begone with the Wind Spot 1 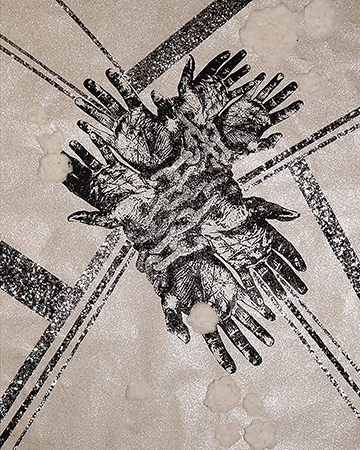 As Angela Y. Davis’s 1981 book, Women, Race & Class, reveals, there have been repeated attempts to unpack how it felt to own enslaved people rather than trying to understand the position of the enslaved, including their efforts to fight back and attempts to escape. Take the framing of Gideon (Joe Alwyn) in Harriet, for instance, as someone struggling with his “complicated” feelings for Harriet Tubman as both her owner and as someone who grew up with her. While the film doesn’t suggest that Tubman reciprocates Gideon’s feelings, the mere invention of his character to translate such confusion is troubling. This is reminiscent of Steve McQueen’s desire to have the audience sympathize with Edwin Epps (Michael Fassbender) in 12 Years a Slave, someone so troubled by his love for the enslaved Patsey (Lupita Nyong’o) that he repeatedly rapes her. What purpose do these cinematic portrayals serve, who exactly are they serving, and how do they shape our interpretation of slavery?

The cinematic fantasy that slave owners were in love with their slaves but were forced to brutalize them erases the way that brutality was used to constitute one’s whiteness and romanticizes that power. If these cinematic perceptions of slavery are committed to memory, then we might accept the plantation as a mere backdrop to terror rather than the very site of it—and accept that love can exist in tandem with brutality and subjection. Perhaps most damagingly, we might accept that the enslaved made no effort toward self-determination. There are far more plantation dramas about white individuals denying the power gained from ownership or lusting after it than there are about the experiences of the actual enslaved. Ultimately, this is a risk that overlooks the enslaved who endured and survived the first dramatization of the plantation: terror. We cannot afford to commit these cinematic narratives to memory as though they are the truth, for they not only disregard the experiences of the enslaved, but they encourage us to misremember slavery at the expense of those who lived it.

Read this Next: End All, Be All 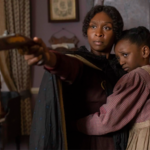 by Gloria Oladipo
We need to give critics space to ply their craft without pitting them against the films, the audiences, and/or each other. 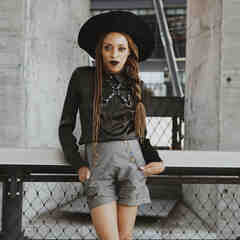 Ayanna Dozier is an artist, lecturer, writer, and curator. Her dissertation, “Mnemonic Aberrations,” examines the formal and narrative aesthetics in Black feminist experimental short films in the United Kingdom and the United States. She’s the author of the forthcoming 33/13 book on Janet Jackson’s The Velvet Rope. She resides in Brooklyn, New York.